Enjoy the Carnival in Ecuador 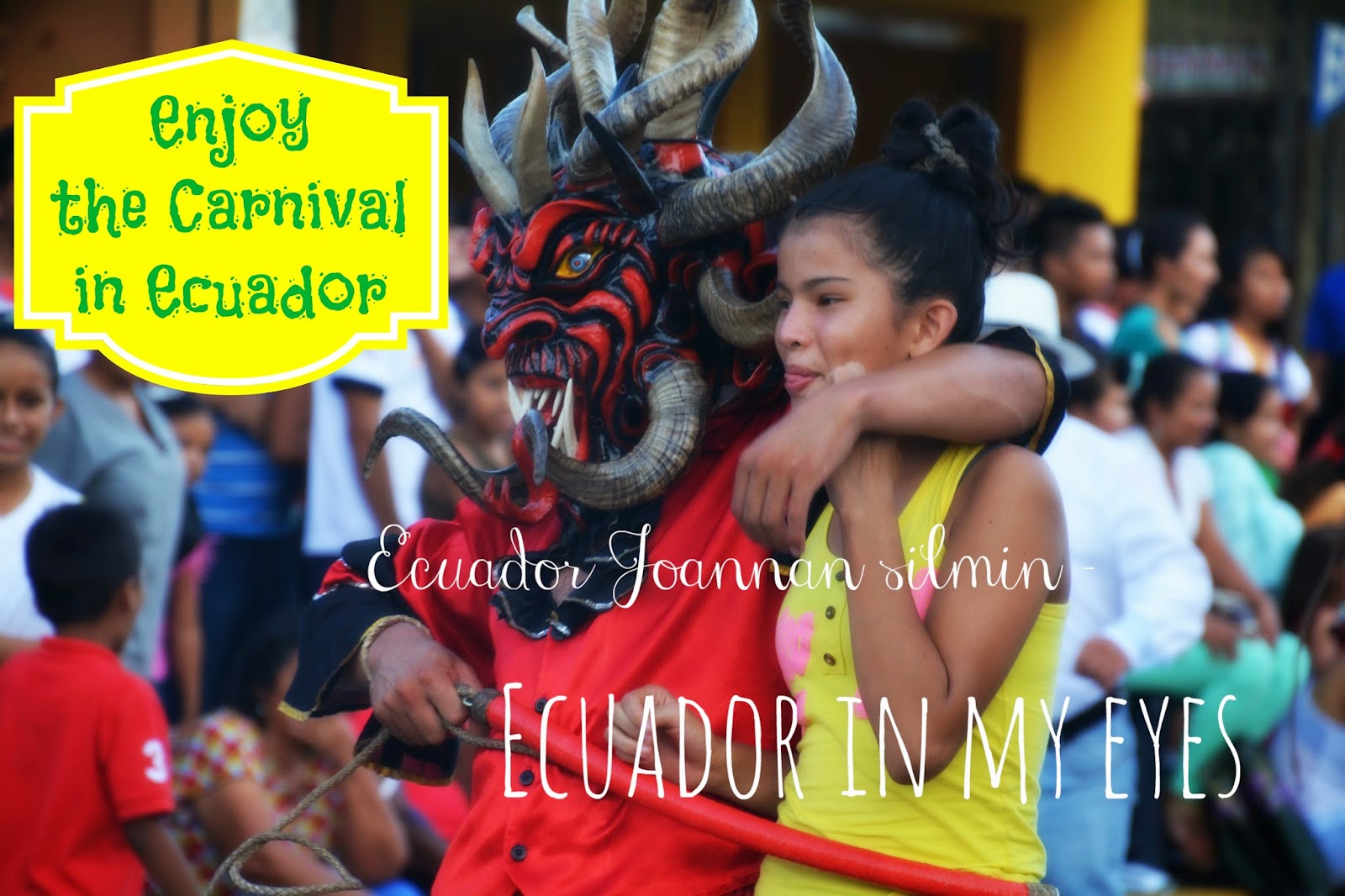 Carnival, or Carnaval in Spanish, is celebrated in all Ecuador.

It precedes Lent in Catholic calendar; therefore the date depends on the date of Easter.

Holidays in Ecuador tend to be mixtures of Catholic religious festivals with holy days within what was the ancestral Andean culture. 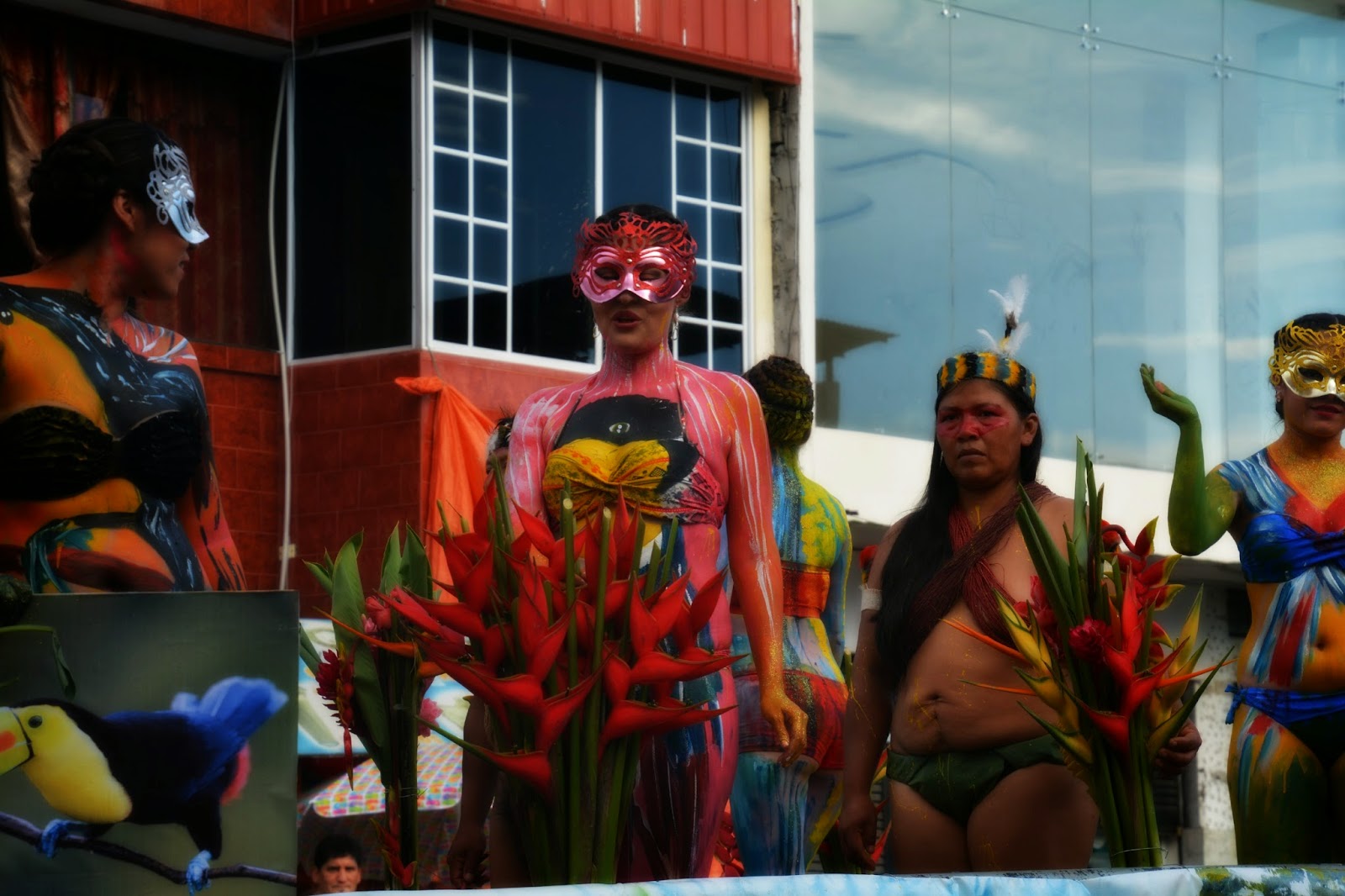 Held usually in February, Carnival is a big national holiday that has many religious elements as well as popular elements from of the Andean tradition.

When many think of Carnival in Ecuador, scenes of Brazil's super-famous Carnival parade probably come to mind.

But Carnival here isn't quite the same. 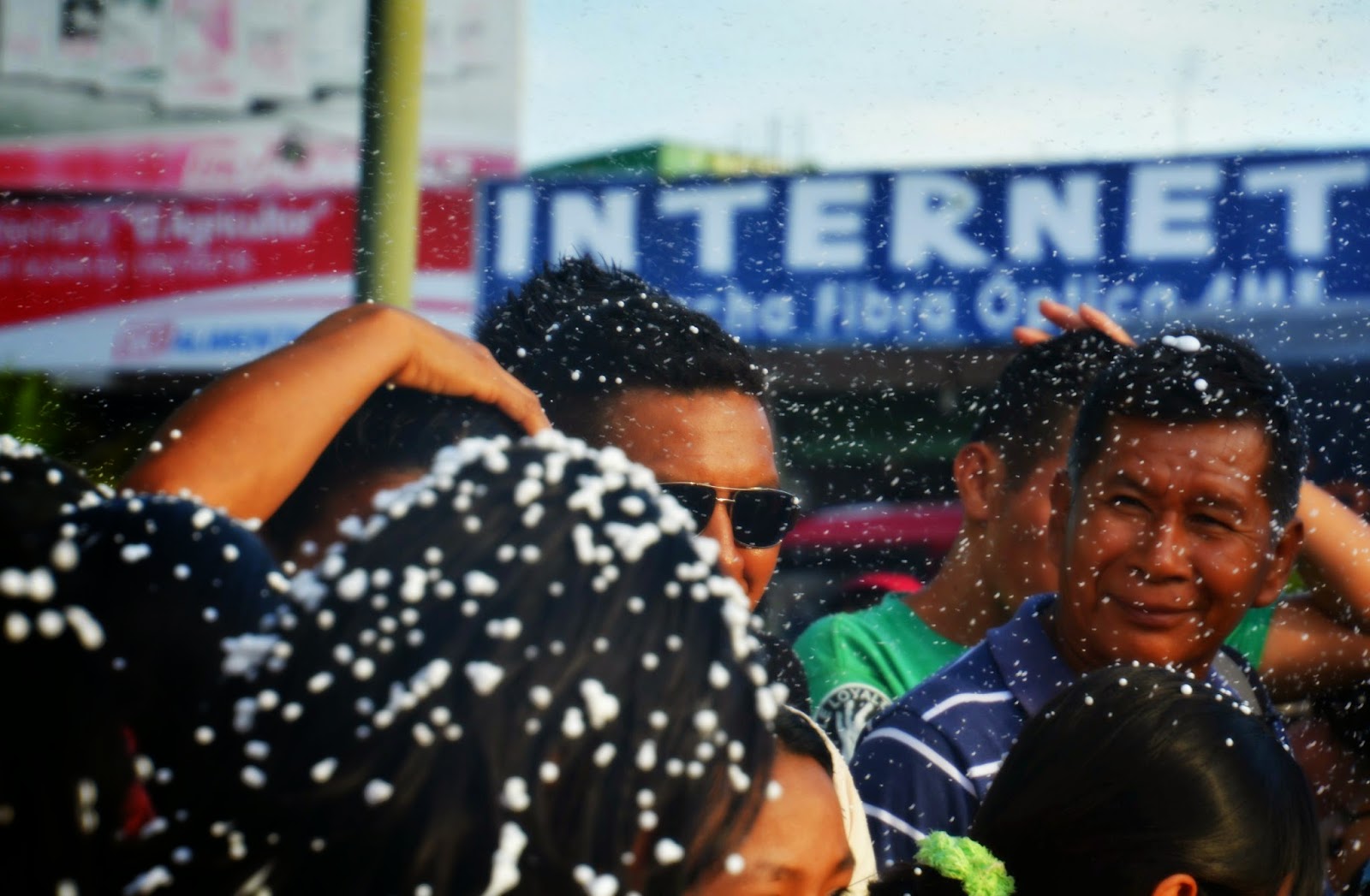 It can be all that and even more but the most important thing about Carnival here in Ecuador is playing the Carnaval.

In all the Ecuador Carnival is a Festival in which people play with water by throwing it at each other.

In several villages people also use flour and eggs, opposed to large cities where the Carioca or Carnival foam is preferred. 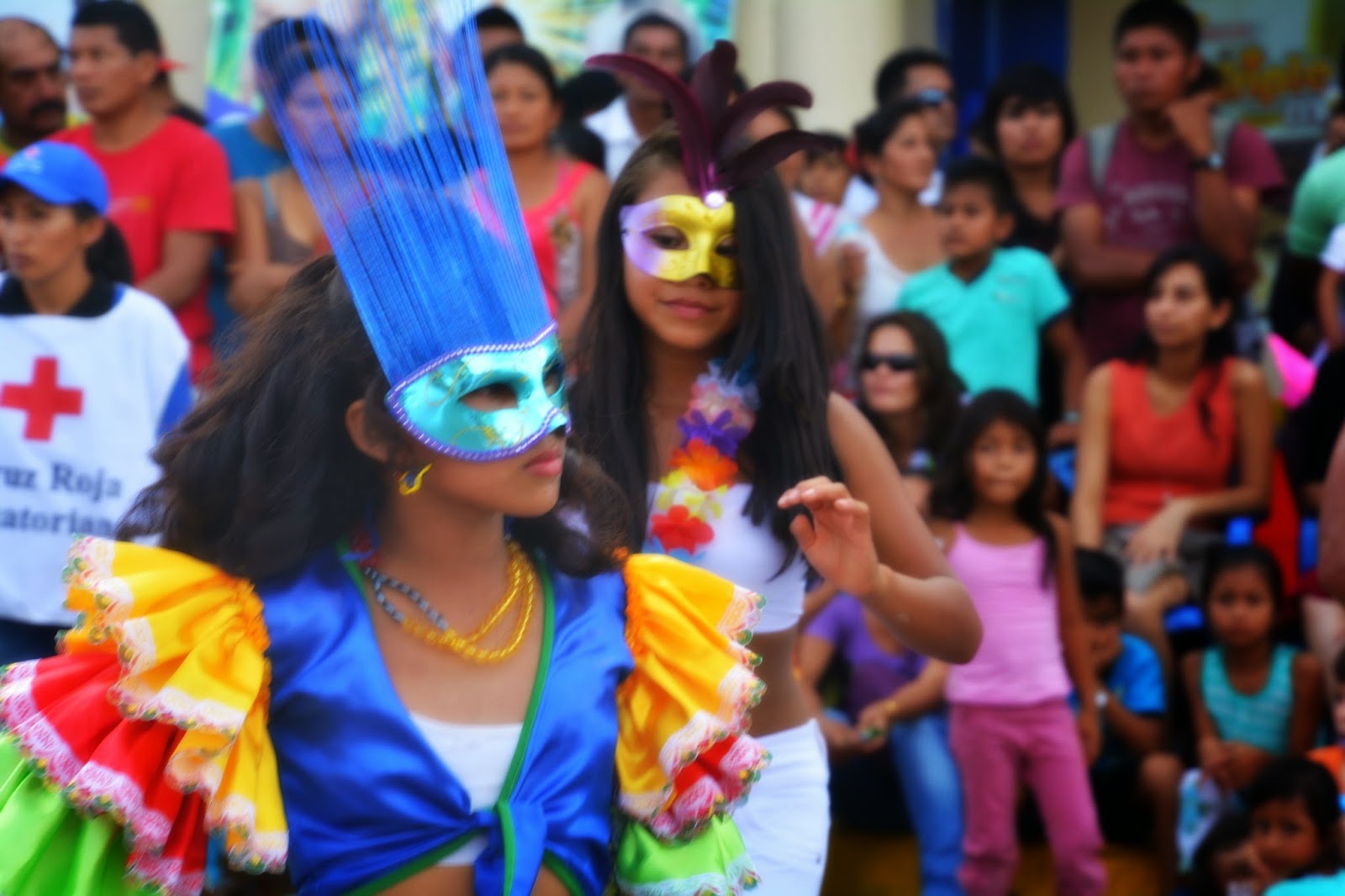 History of Carnival in Ecuador

Every city of Ecuador celebrates their own festivals either in honor of a saint (Most Ecuadorians are Catholics), or the city's festivities.

There are plenty more celebrations throughout the country.

Ecuador’s cultural expressions are part of our historical past and the richness of the early Native American people, as well as their adaptation to Christianity and to the new forms of life in today's society. 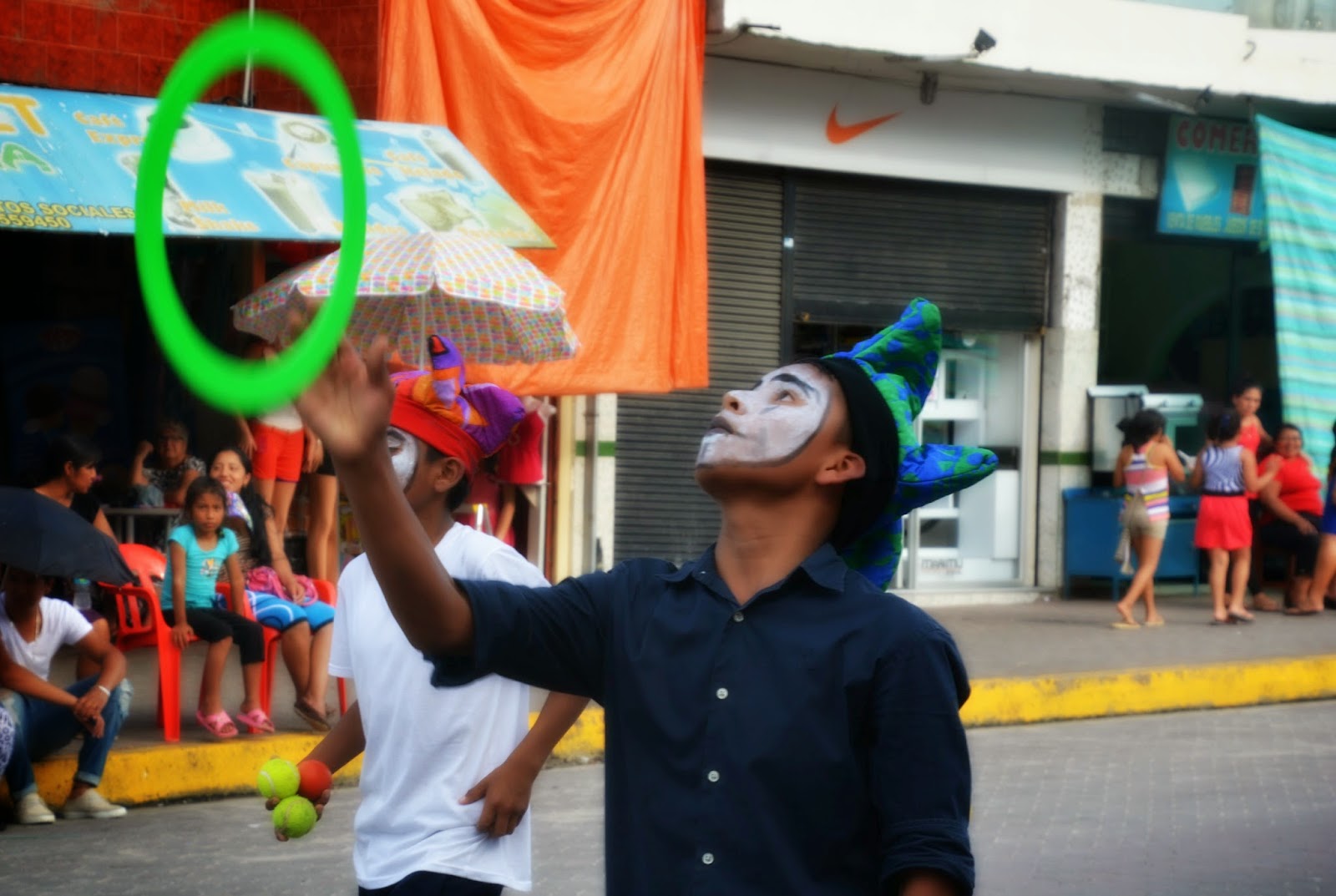 The country has a wide range of popular and folkloric expressions that are clearly reflected in its traditional festivities and holidays throughout the year.

Ecuador Holidays are part of religious ceremonies mixed with Andean and Amazonic symbols, depending on the part of the country you are, and typical singularities of each village.

The Carnival celebrations have a history that stretches further than the arrival of Catholicism. 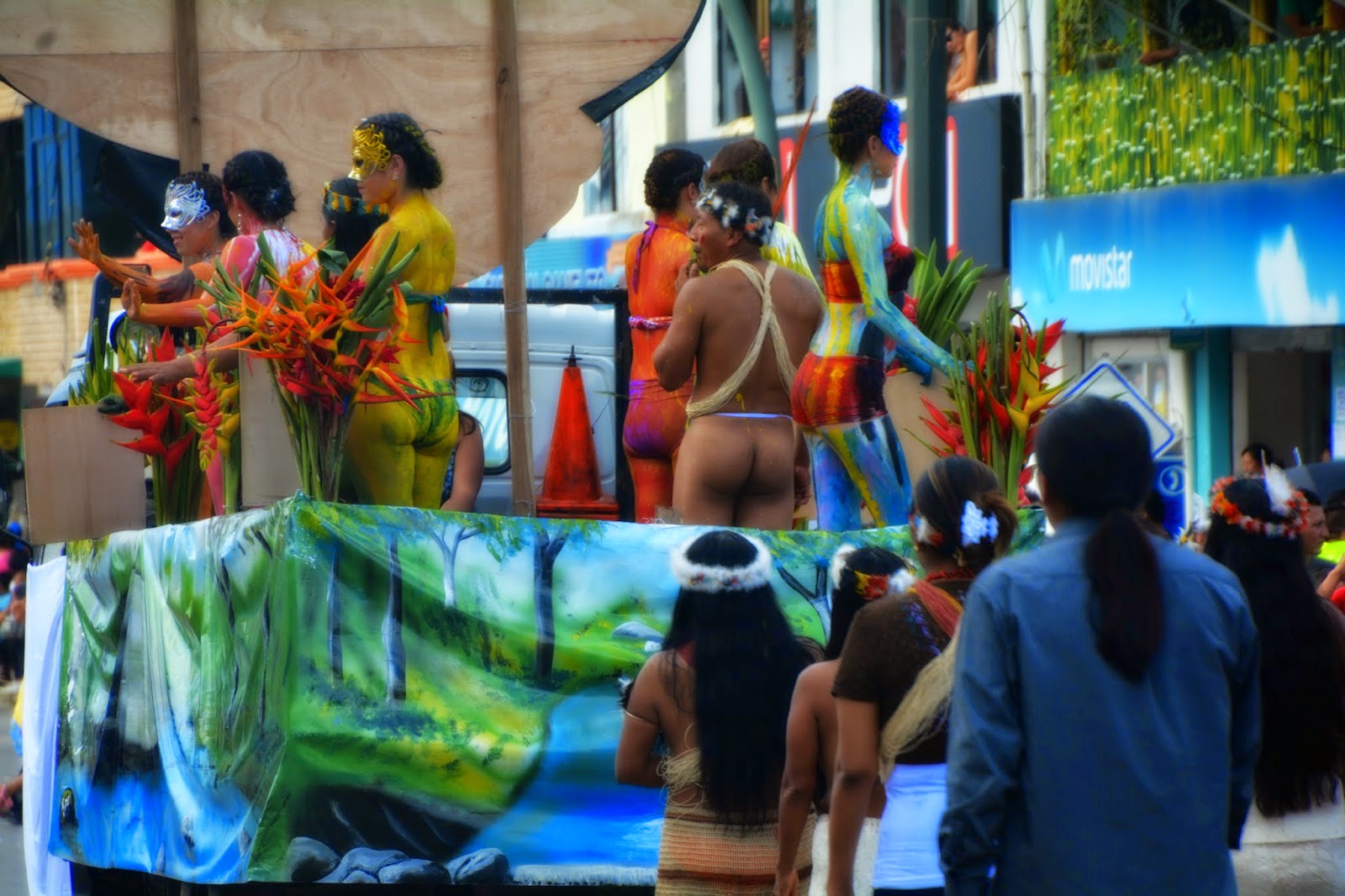 The Huarangas Indians used to celebrate the second moon of the year with a lively festivity, during which they threw flour, flowers and perfumed water.

In every celebration there are characters: from Devils to “toros de pueblo” bulls of  the village, and each occasion surrounded in an atmosphere and unique decor which symbolizes customs, traditions, and rituals of those who celebrate it.

A characteristic of the festivals is the music of the “banda de pueblo” groups that play national music. 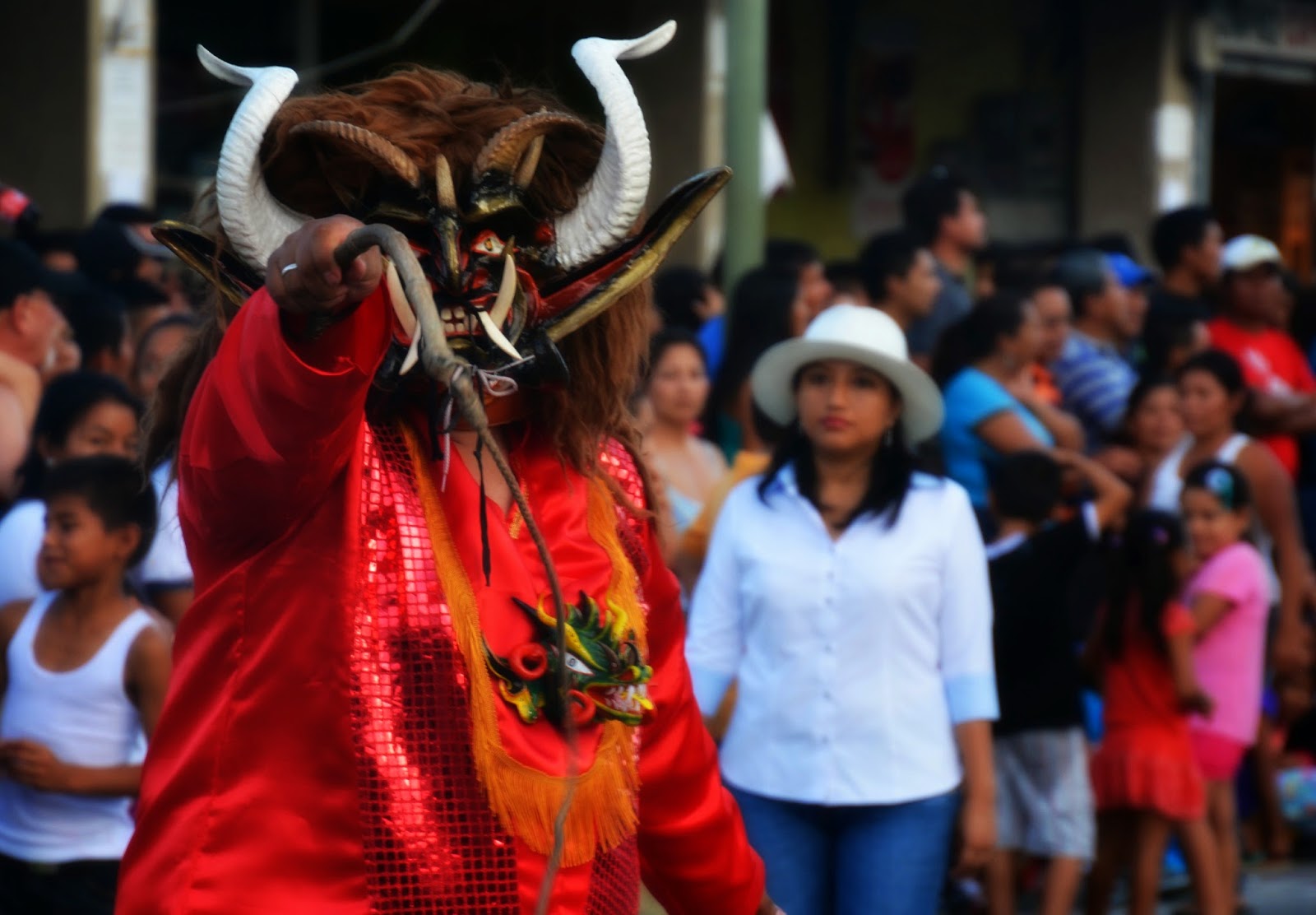 Also, in popular celebrations, liquor, brandy or traditional drinks as chicha are always part of the party.

Huge concerts and other outdoor parties are also popular.

Misahualli, here in the Napo province, has become popular for their riverside party where the dancers are covered with little more than tiny bathing suits and carioca. 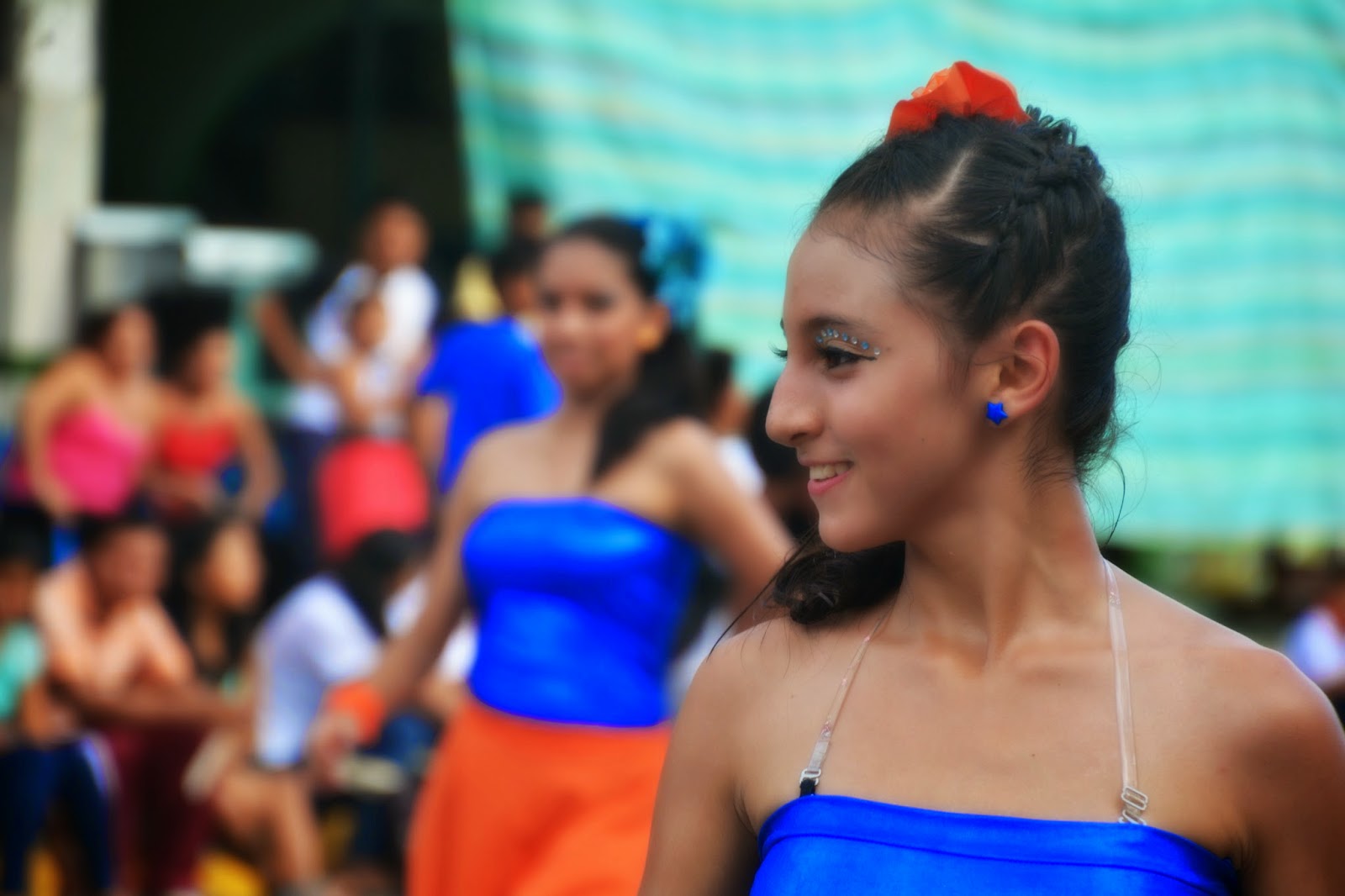 How you “play Carnaval”

Ecuador has a very unique version of Carnival, nothing that compares to other countries’ celebrations.

The Ecuadorians celebrate Carnaval, as it is called in Ecuador, by playing it.

What does playing Carnival mean?

Usually it means throwing balloons, or buckets, filled with water or bags filled with flour at each other. 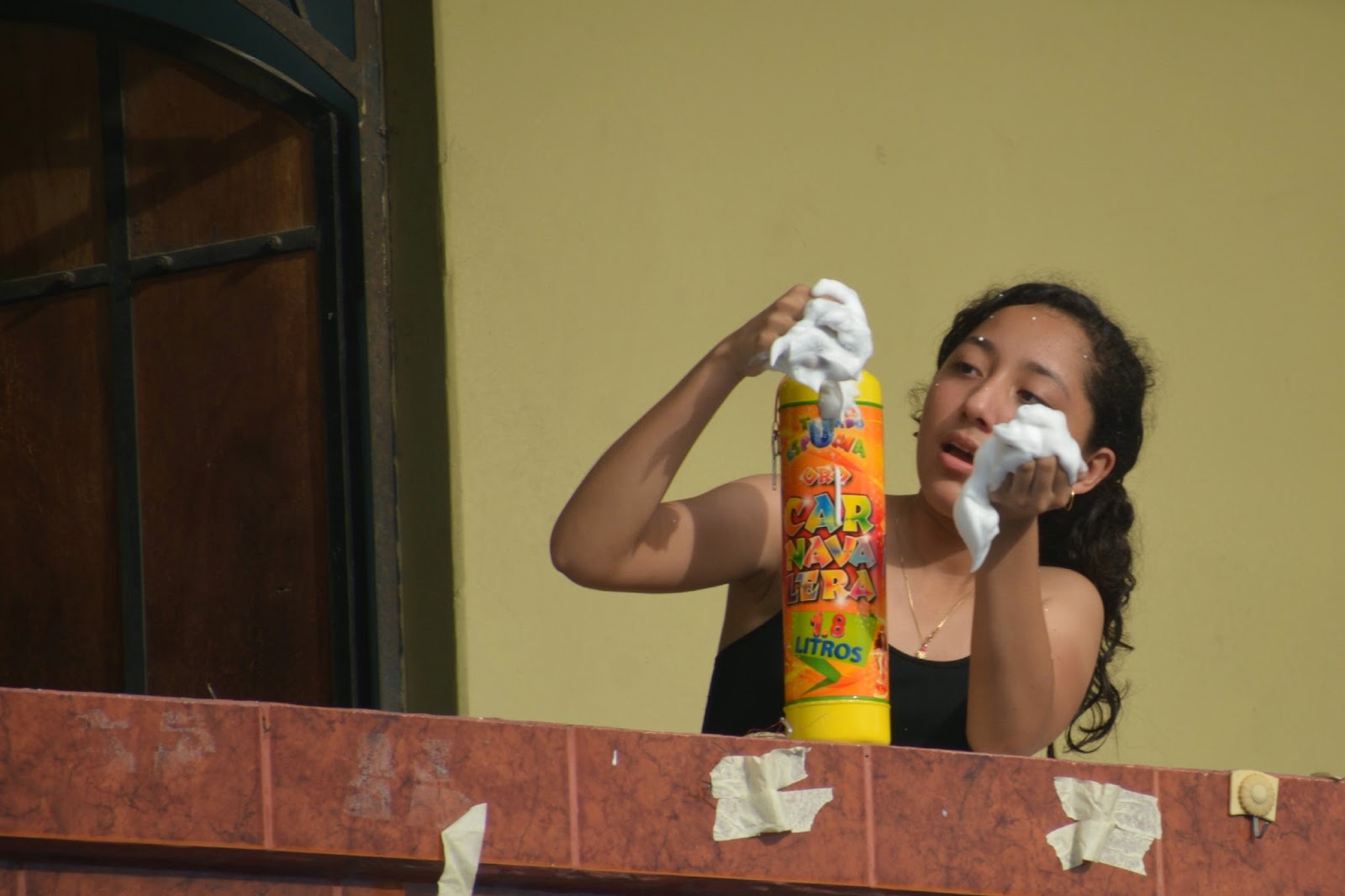 You may also shoot water with water guns or throw just about anything (even eggs) that may make others look messy.

A lot of people use Carnaval foam called Carioca or water guns these days.

Even before Carnival lots of people sell water guns in every part of the country. 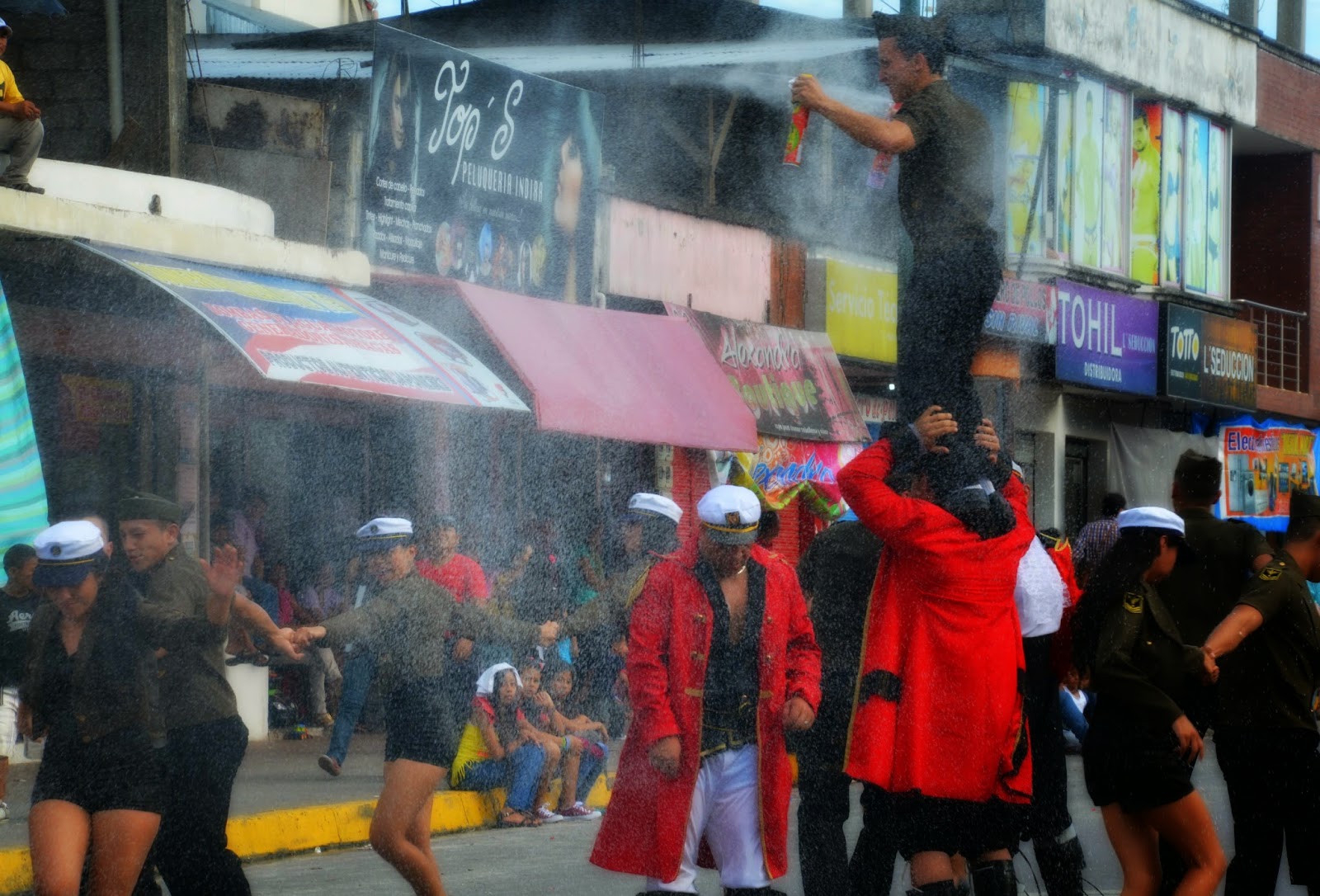 The children would start even earlier if their parents just would allow them.

All through the country diablillos (little devils) play with water and throw it at passersby.

This is a game that is long awaited, especially by children and teenagers, but stately matrons join the game also during the specific Carnaval days. 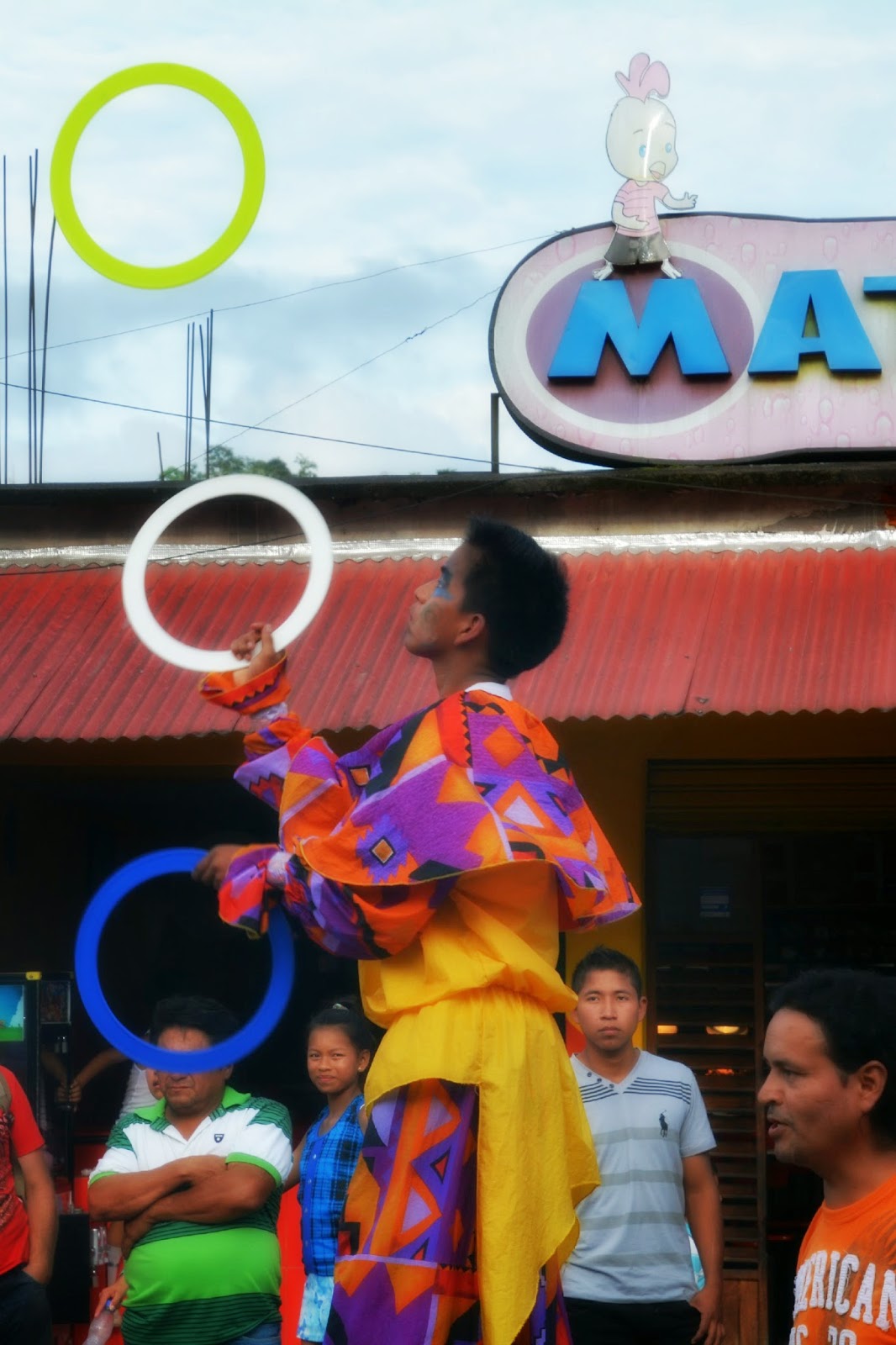 Where to go during the Carnival

Many popular festivities are held in Ecuador during the Carnival time.

The popular Misahualli river party with music and dancing here in Napo province, is just one of them. 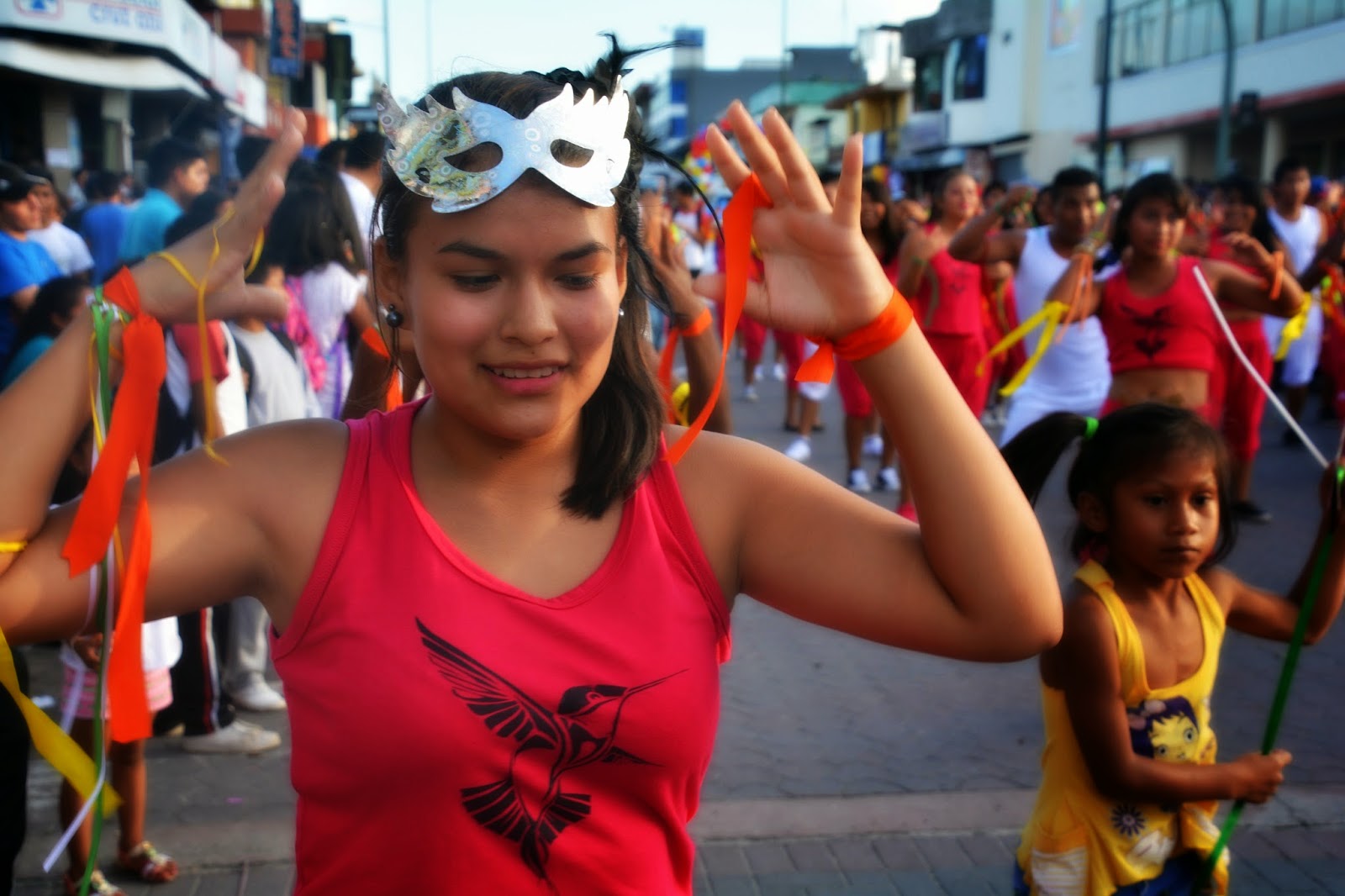 Also becoming more and more popular is the Carnival is held in Puyo with its floats and activities.

Carnival is holiday throughout the country and many people leave their homes and travel to different destinations, so you better be prepared to long lines and trafic jams. 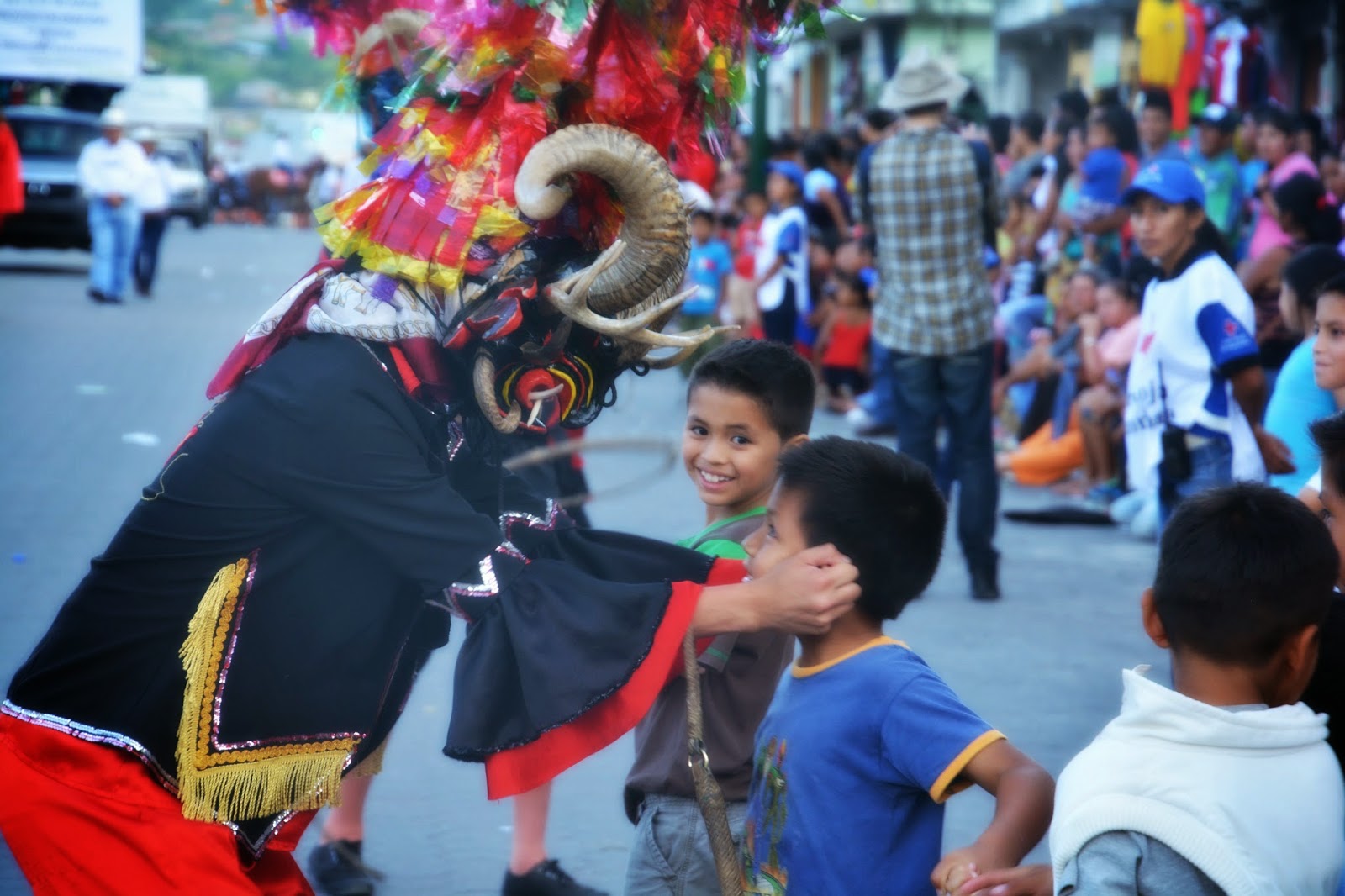 The beach is very popular destination but the Amazon region has become more and more popular with its warm climate and many rivers to play with.

Where ever you find yourself in Ecuador during the Carnival, remember to relax and have fun! 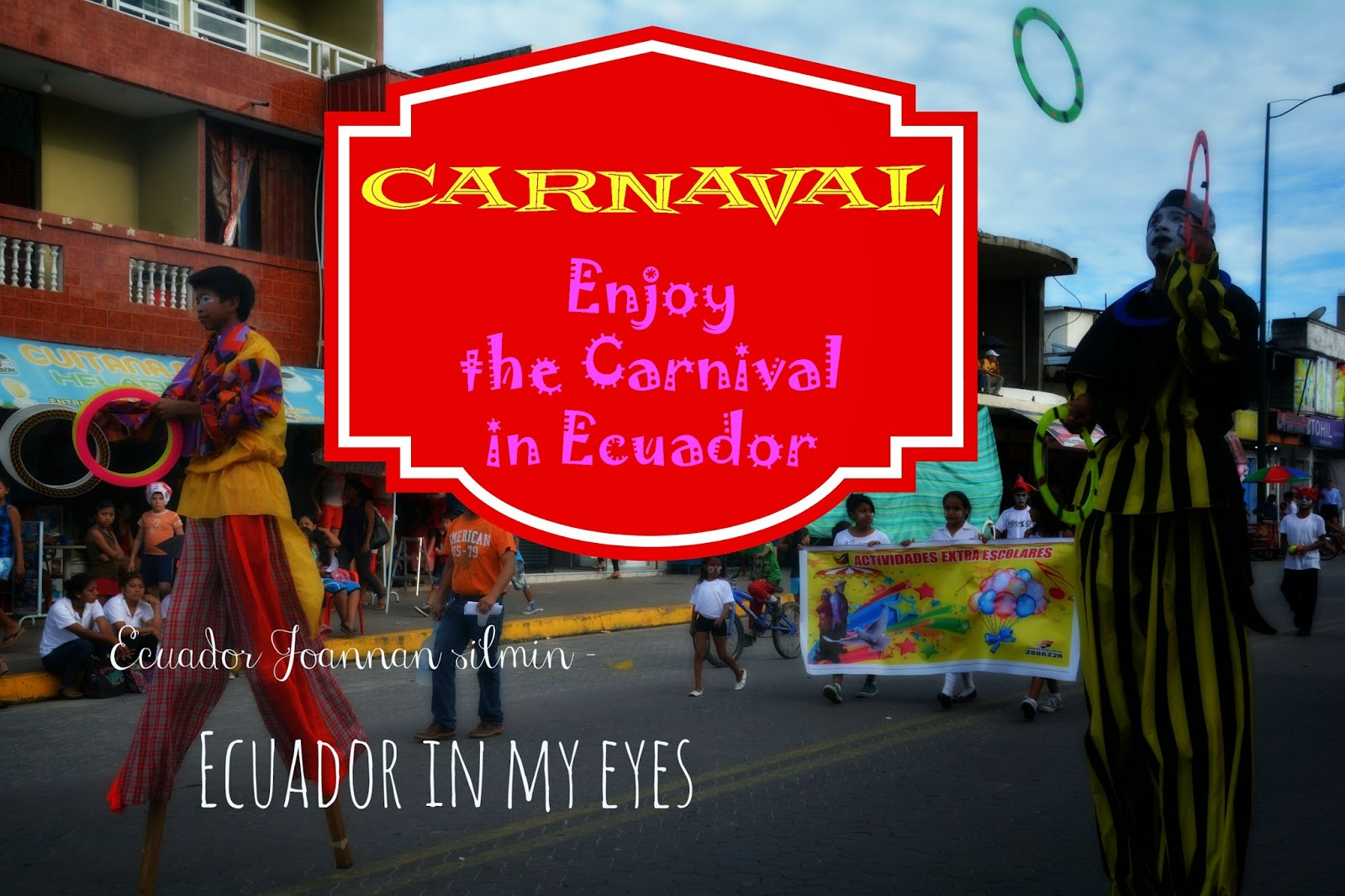