The Queen With The Frozen Heart 16 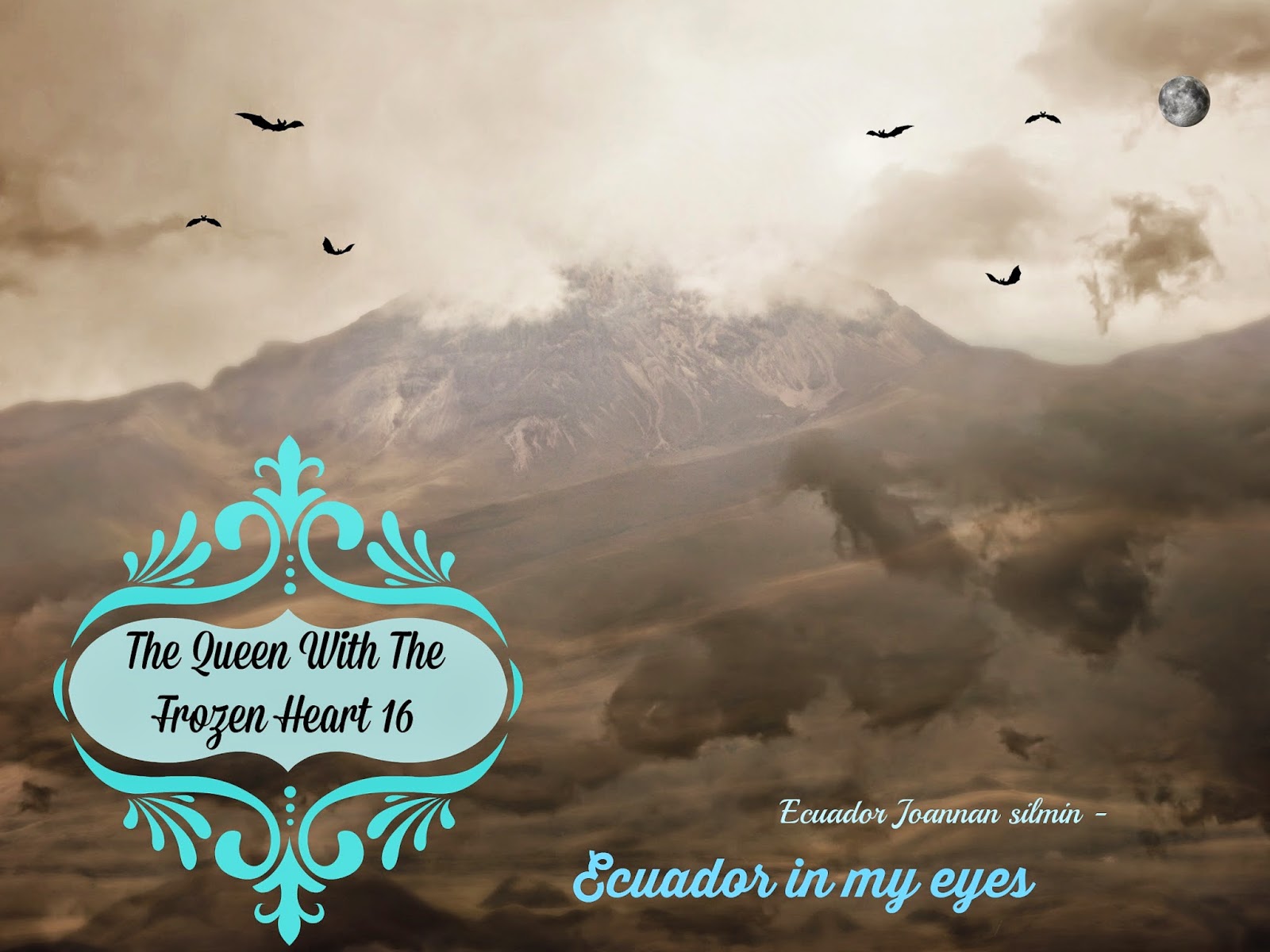 Faster and faster Amarun flew until; finally, it reached the lonely mountain.

It could not see Iluku anymore but the air was filled with vultures.

Reaking, disgusting vultures that tried to tear his snakes away from him.

Through the air the snakes flew, throwing themselves on the vultures and landing on them.

Rapidly they coiled around the huge birds and strangled them to death.

They were so fast, getting into the nests and devouring the eggs and strangling the little birds, too.

It was death on wings, death with scales, death in the night, and not one of the vultures was left. 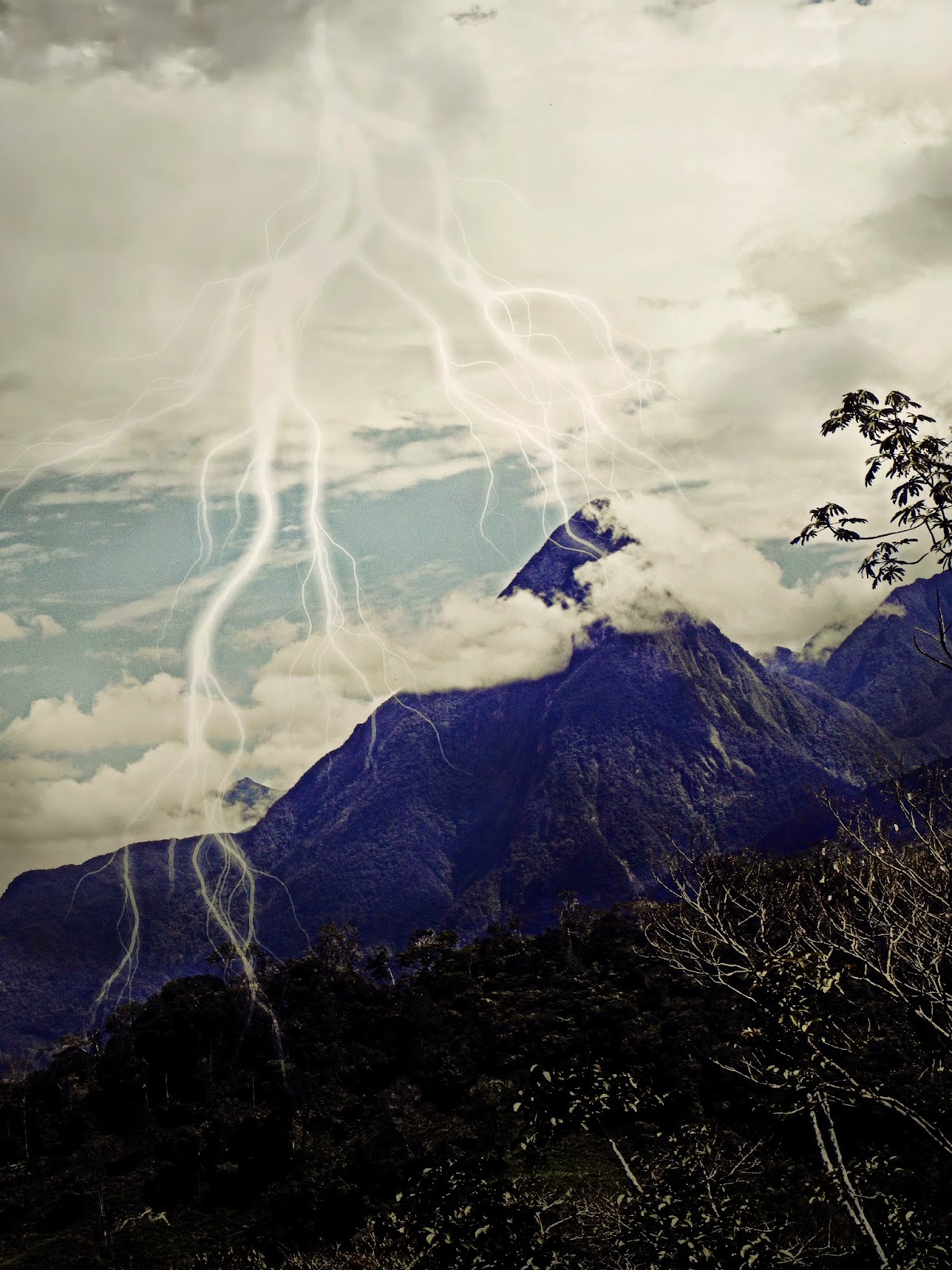 Amarun could not understand what was happening, he could only feel his two natures fighting.

The call of his new nature to kill, but there was no one left to kill.

He landed on the cold stone in the moon's light and roared in frustration.

The world stood still and the air trembled.

The boa people turned themselves into humans and their leader closed himself to Amarun warily.

- You have helped us to get rid of our most fierce enemy tonight, he bowed deep.

- It has been a pleasure to aid you in killing the vultures, he thanked, because now we know that we are safe from their claws and they will not bother us anymore. 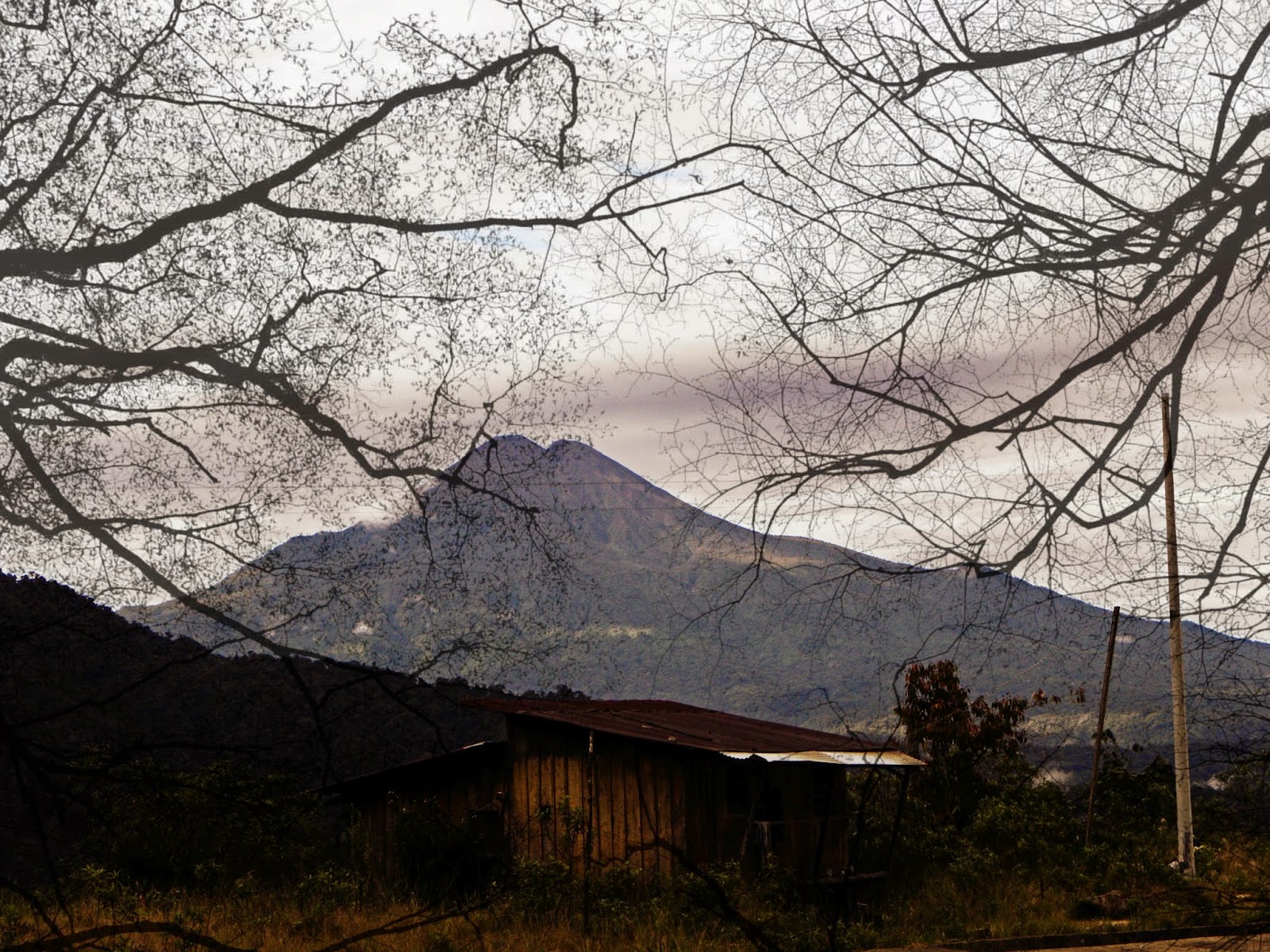 - But I cannot keep our word anymore; the leader drew rigid, for you have become what we hate the most in this world, part bird yourself. And I cannot give my daughter to someone like you. You are alone now, you and that giant bird. I’m certain that you will be able to get rid of the jaguar men without our help and free your father.

After he finished his words he turned back into a giant dappled boa and slithered into the dark forest together with his men.

Amarun screeched and roared, and the mountain shook around him.

- Kill, his nature told him, kill them all! Crush their bodies and drink their blood!

But there was no one to kill. 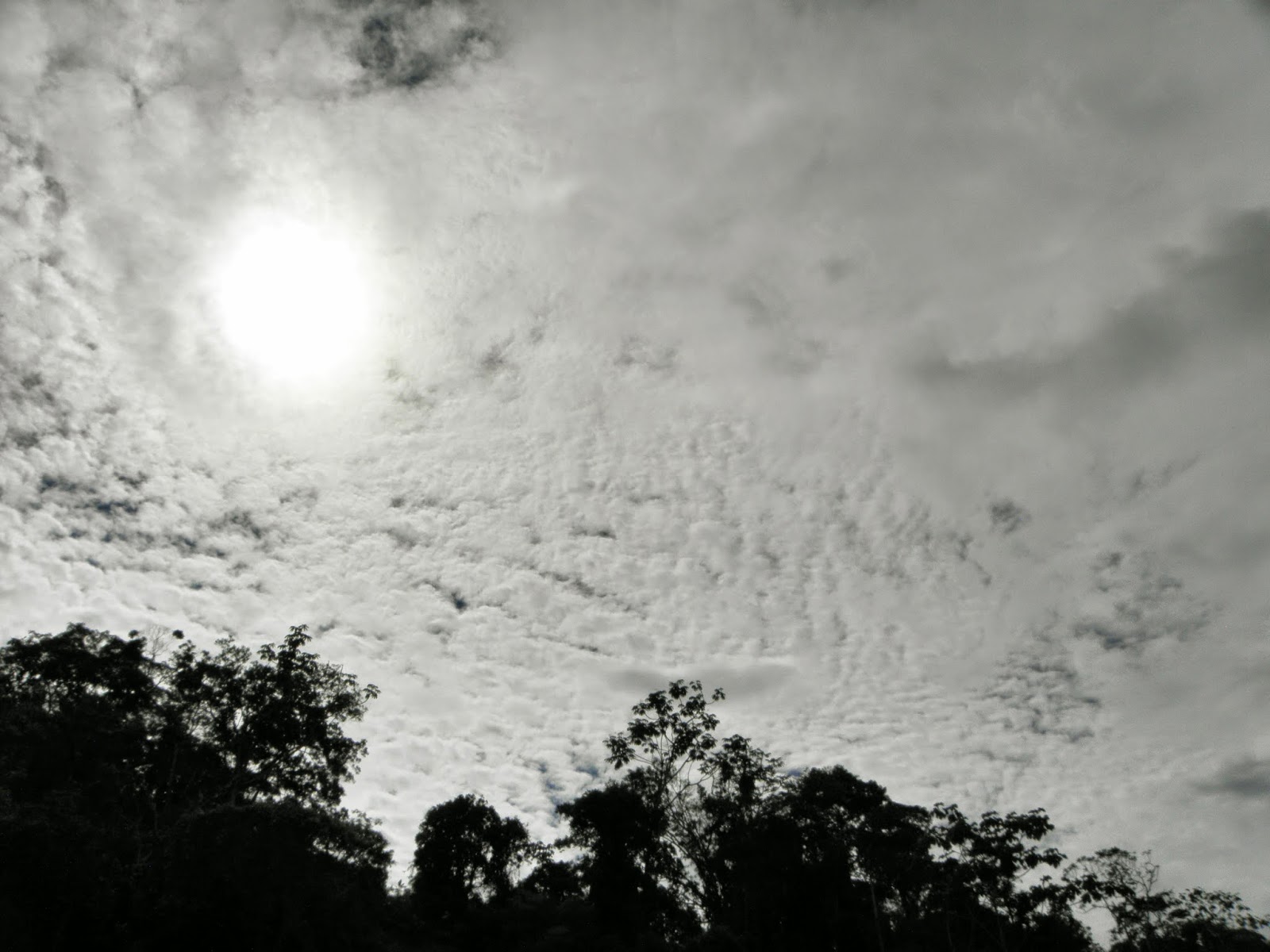 In the villages people hid and wept, and in the castle the queen paced in her room.

She was certain there was a spell to get rid of the Great Rainbow Snake, her forefathers had already once done it.

But she did not know how to do it, since they had taken that knowledge together with them to the grave.

- I must kill it, she declared to her guards.

- It must be destroyed before it destroys us all, he explained to her court that was hiding in her room.

Trying to feel secure near their queen.

- And, one of her maids raised her trembling voice, and if you make it sleep? Will it go away then? At least for a while. 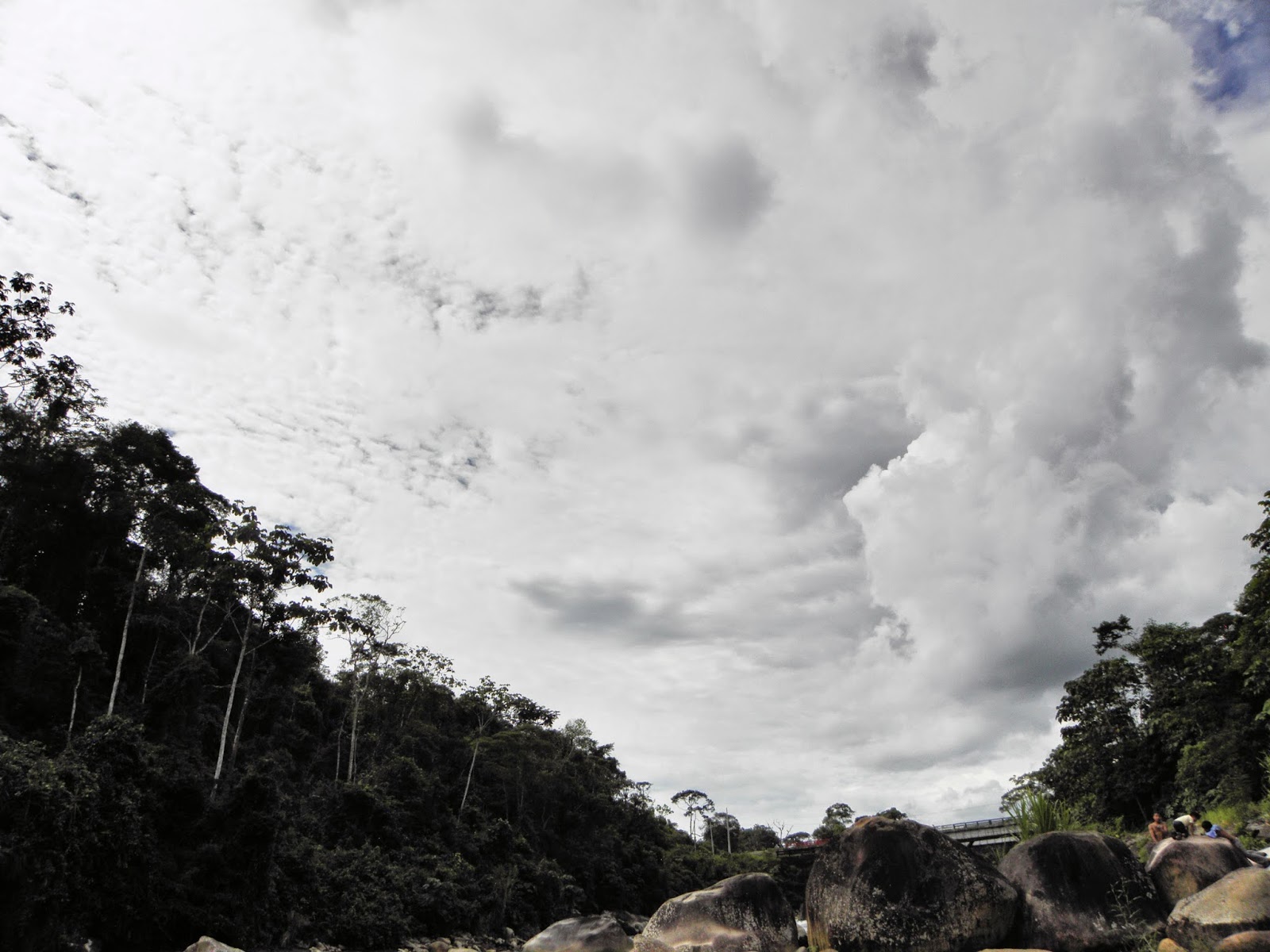 Queen ran to the door and slammed it open.

She could hear the terrifying screeching and roaring from the distance, like the end of the world.

She threw away her slippers and stood on the grass with her bare feet, she raised her hands to the air and let the rain was her hair.

Standing there, alone with the world, together with the earth, the air, the sky, and everything that made her kingdom to be.

She asked their help, and asked for them to make the feathered snake to sleep.

Sleep in a magical dream, until she could find the way to rid their country of it. 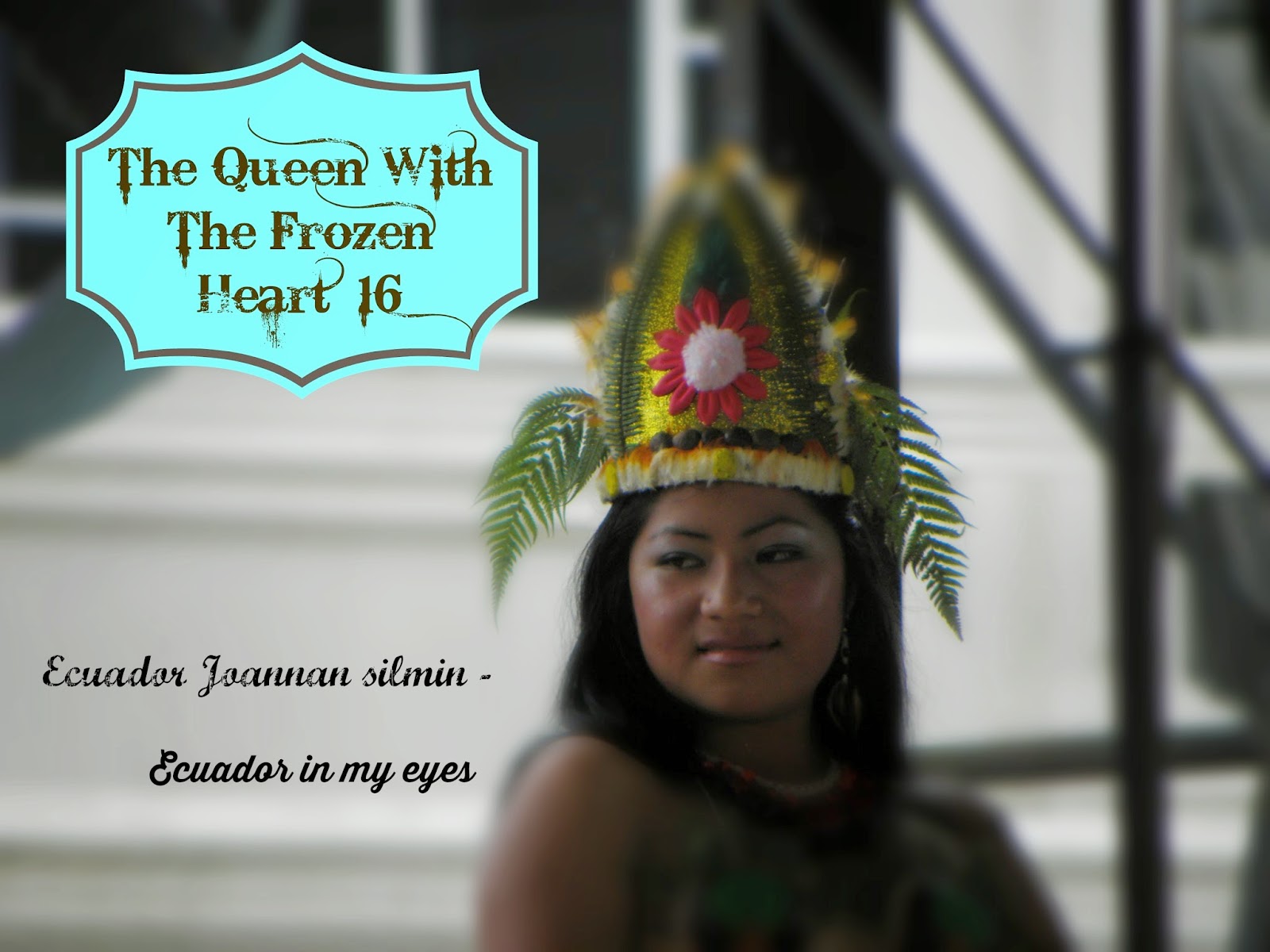 This is the sixteenth part of the story.

If you want to read the first part of the story, go to The Queen With The Frozen Heart 1

To read the second part, go to The Queen With The Frozen Heart 2

To read the third part, go to The Queen With The Frozen Heart 3.

To read the tenth part, go to The Queen With The Frozen Heart 10

To read the twelth part, go to The Queen With The Frozen Heart 12

To read the thirteenth part, go to The Queen With The Frozen Heart 13

To read the fourteenth part, go to The Queen With The Frozen Heart 14

This Thursday Throwback wants to conmemorate all of us that have the best job in the world - being a mom!

Do you live in the virtual world or in the real world?

How do you balance your work, your home, your blogging, your family, and your children, with everything else?

In Virtual or Real I tell my experiences of living the real life, and the virtual life. 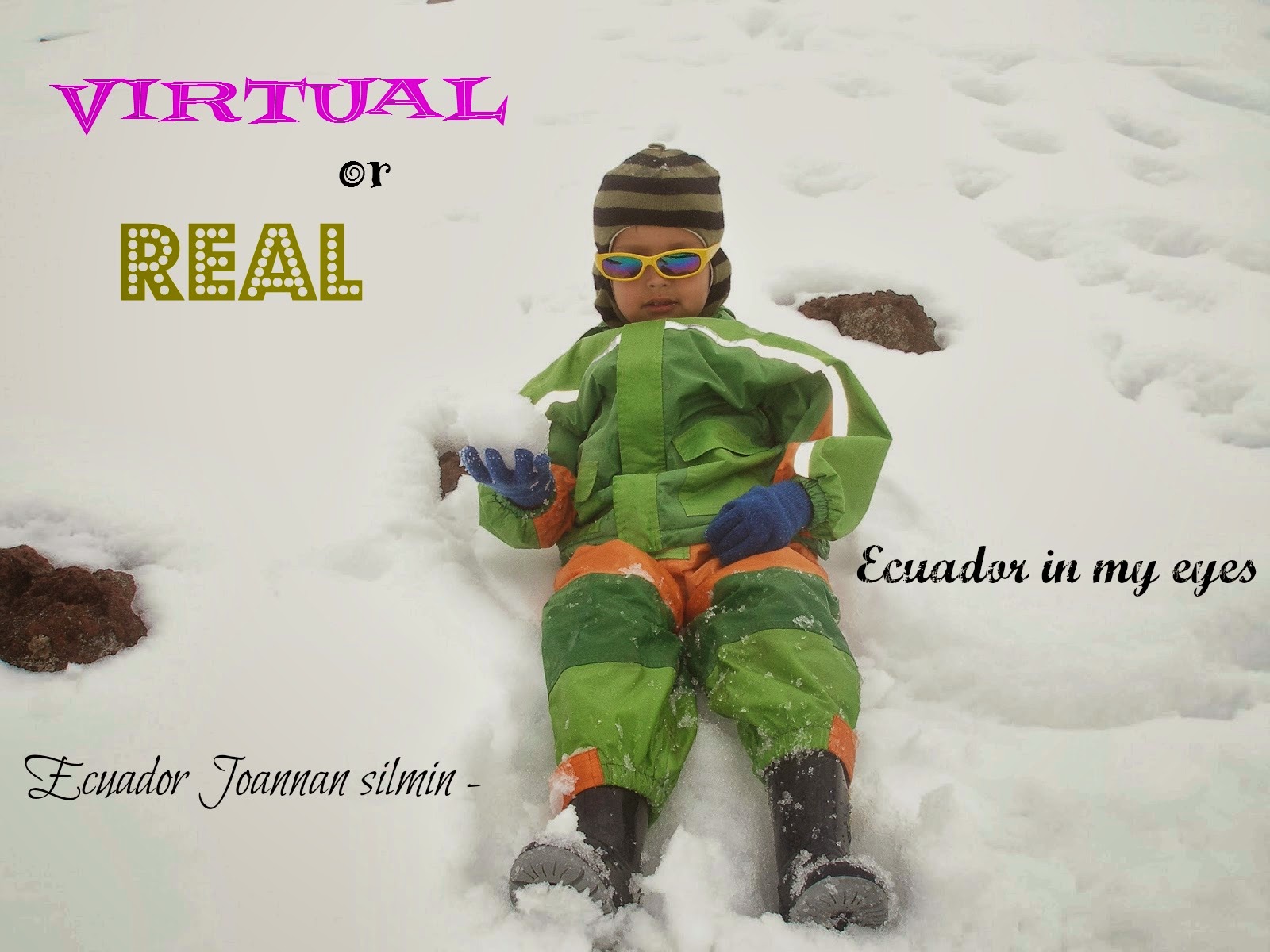 It is always a huge temptation to try to give everything to our children.

Shouldn't we, as moms, help them through the life's difficulties?

Make their way easier and remove those nasty obstacles?

Shouldn't we give them everything their heart wishes for?

So they could be really happy.

In After the Holidays - What did I learn from not giving loads of gifts to my son?  I give my opinion of how much we should give to our children. 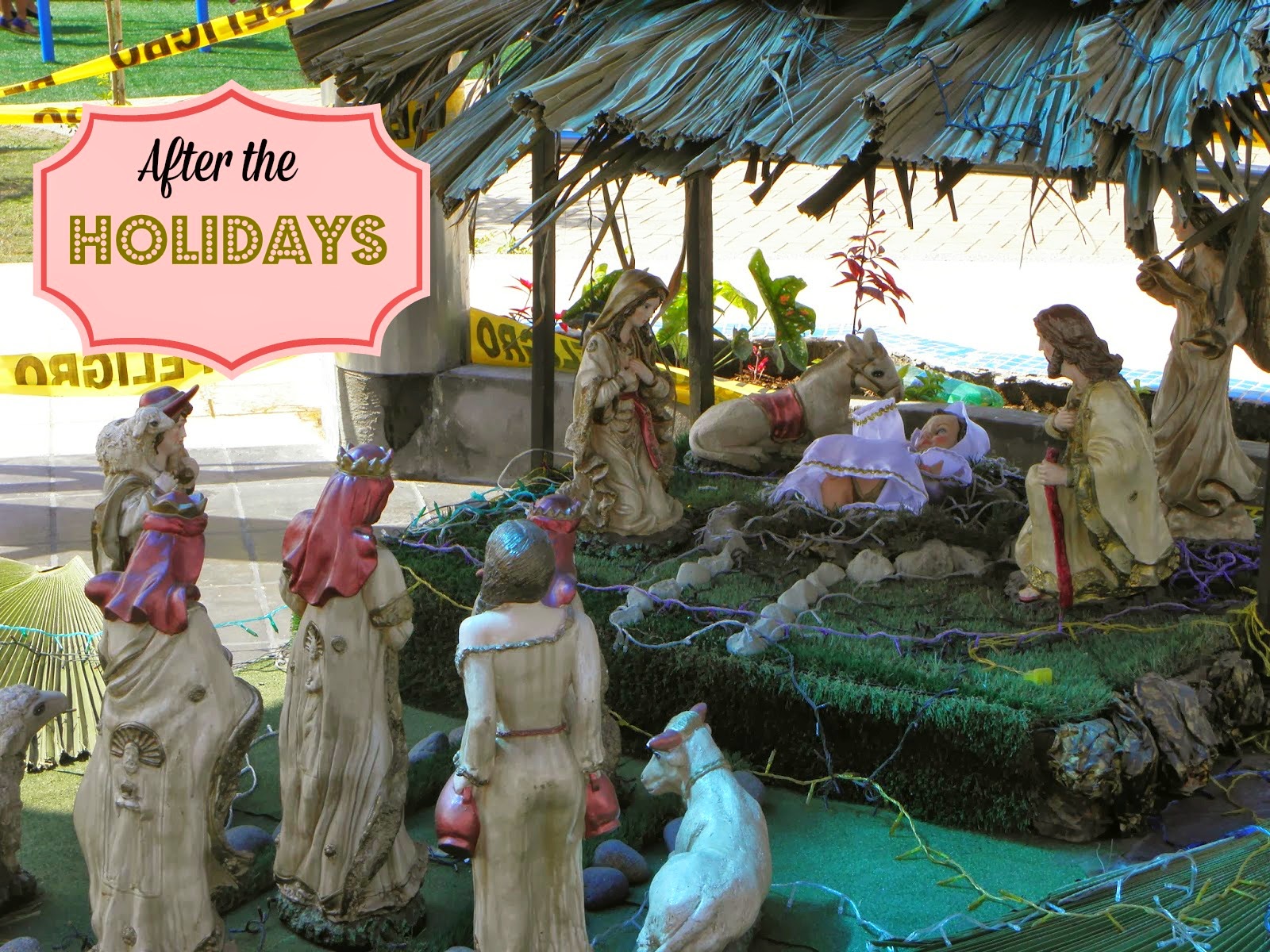 I thought I was ready to be a mother and I knew everything that was necessary to know.

Well, that was a gross misconception if there ever has been one.

And I sure learned it the first day I came home from the hospital.


Read about How my son taught me to be a mother 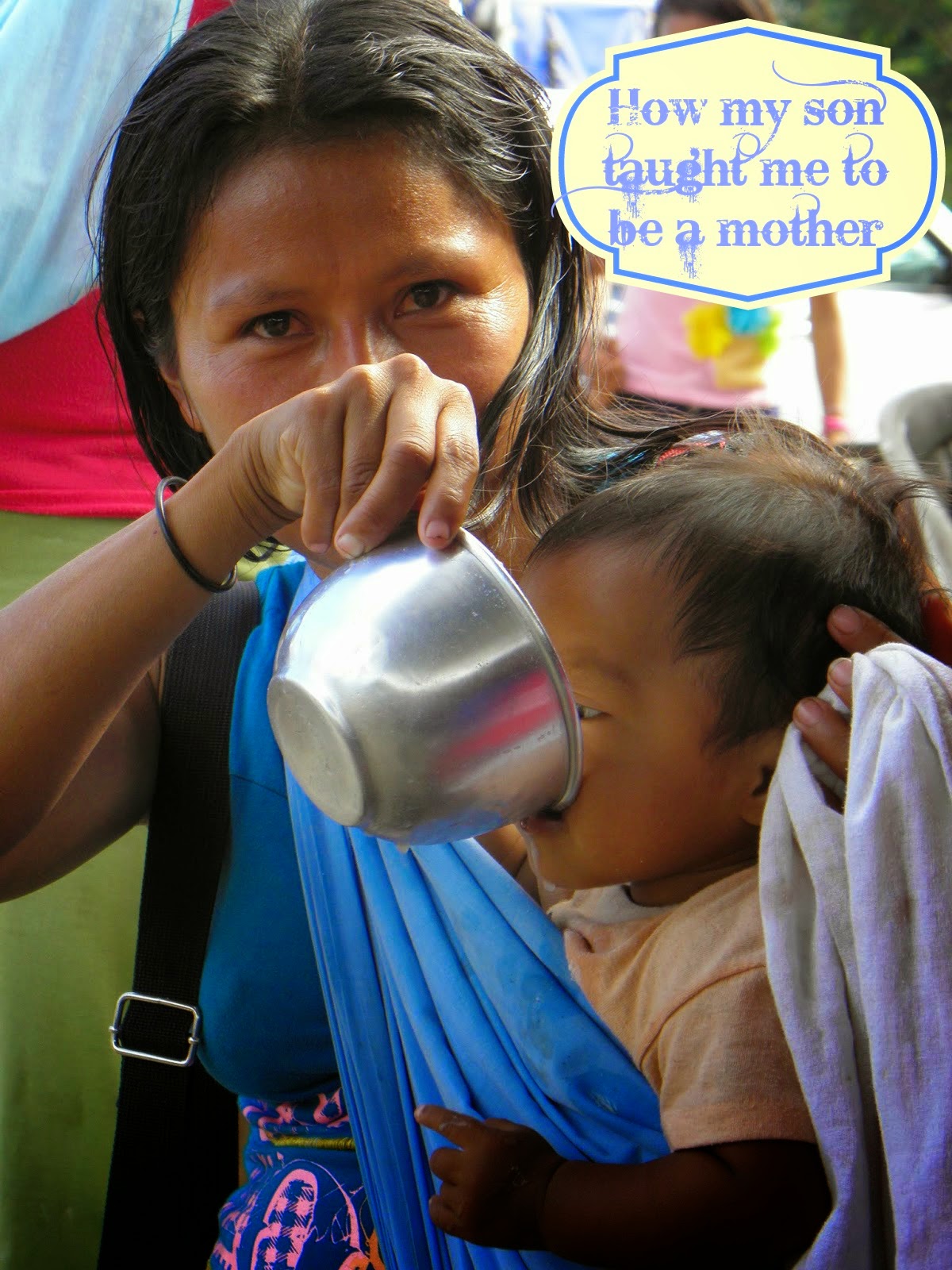 Have you travelled with your child?

You must know that it's not the easiest thing in the world.

Or have you ever been in an airplane, a train or a bus with a child that just screams, or won't behave?

That is not fun either.


You know that group of annoying passengers - the screaming child with the parents that just don't care? 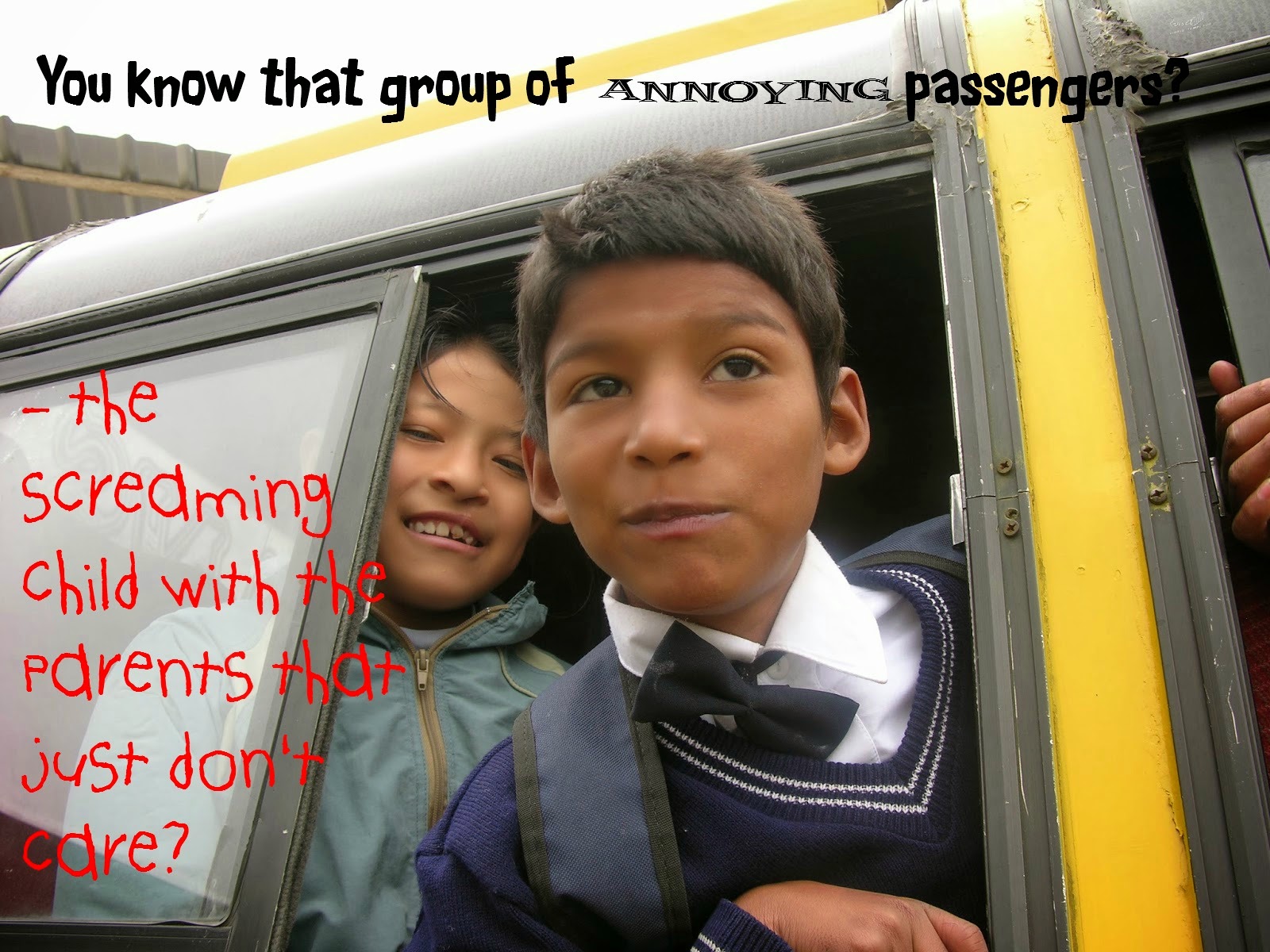 A pet is part of the family, that is something I have learned.

And this particular pet helped us through such a difficult time.

This is Our new home - Why we love Bailarina 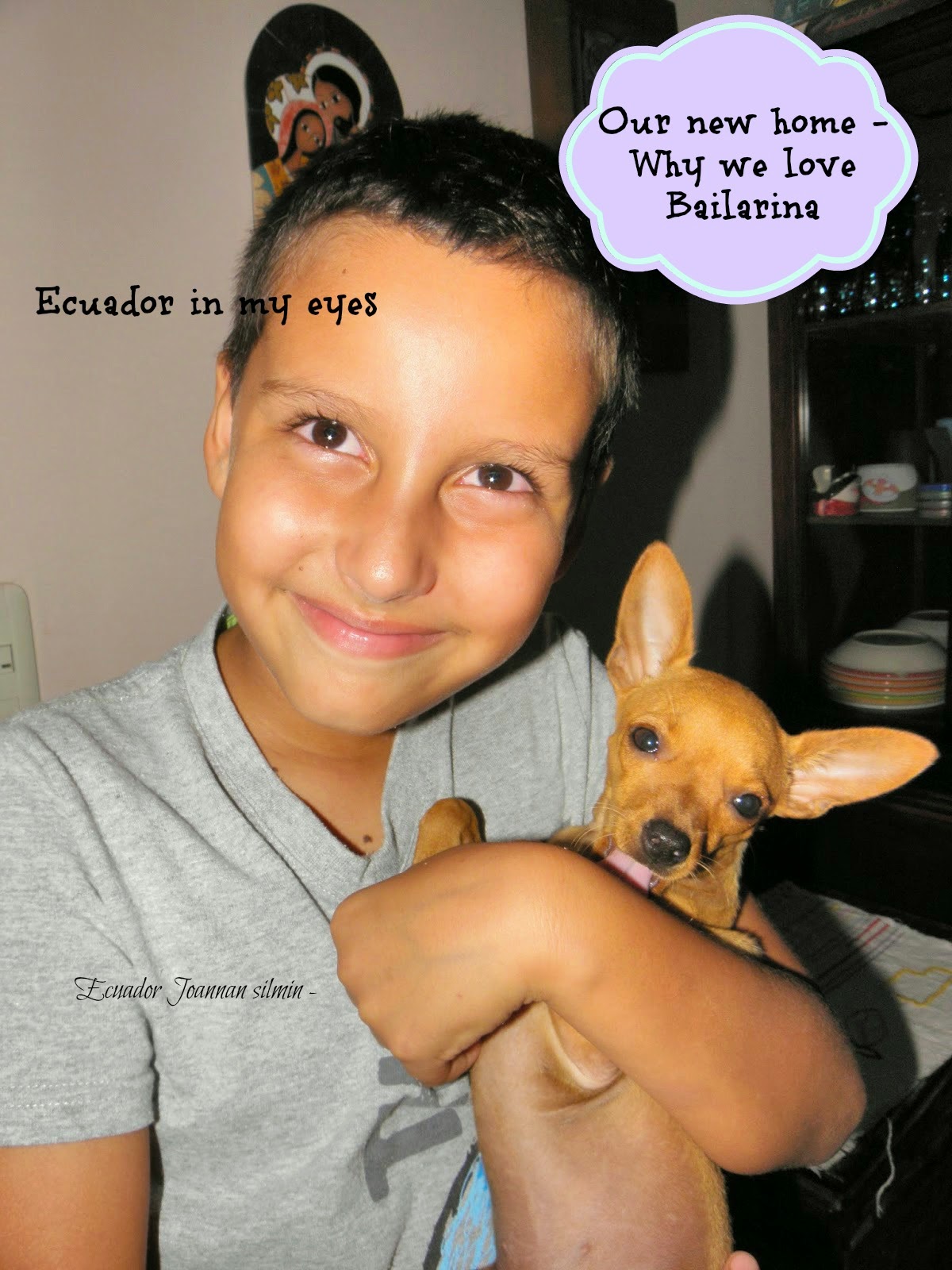 These are my stories of motherhood.

Email ThisBlogThis!Share to TwitterShare to FacebookShare to Pinterest
Tunnisteet: being mom, best job in the world, motherhood
Sijainti: Ecuador 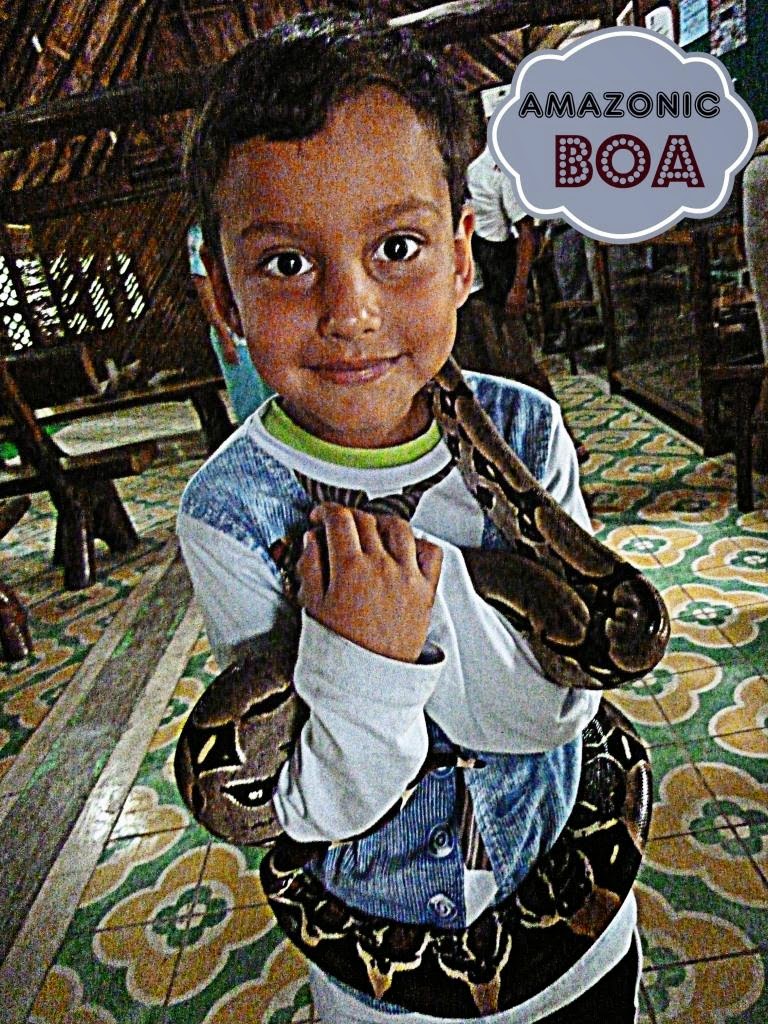 Kichwa people from Ecuador's Amazon call the boas the wise men of the jungle.

They are mythic beings with wisdom of the ancients that can transform into humans and make men and women fall in love with them.

Their beauty comes from the immense variety of colors and patterns that the boas have.

The basic color can be anywhere from black, brown, or gray, to any shade of red, orange, yellow, or many colors in between.

Some boas are totally patternless, while others may be speckled, banded, or saddled with rhomboid or chevron shapes. 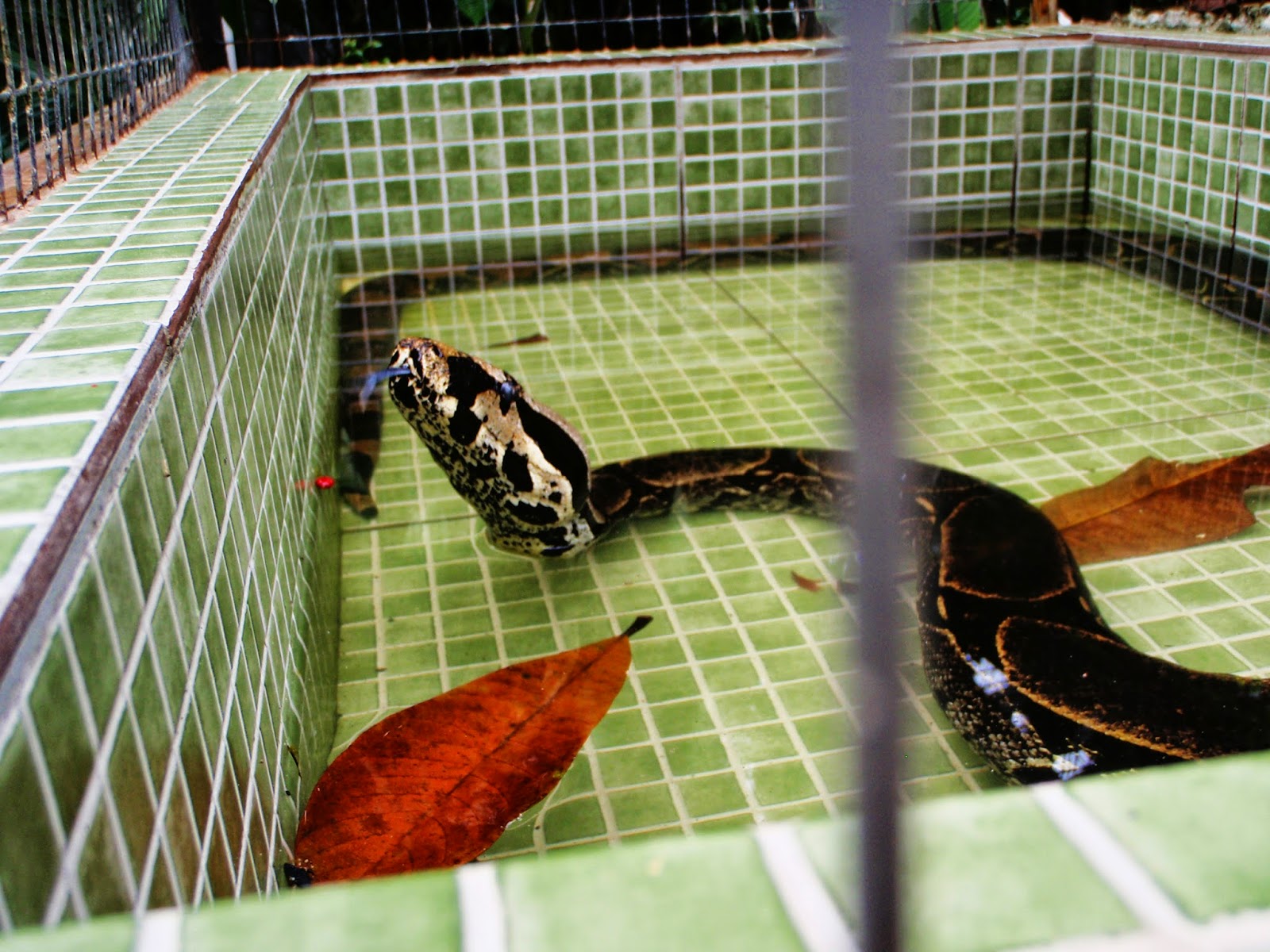 Their colors are very varied and some reds will have yellow patterns; some yellows red or orange patterns.

They are notorious for being very aggressive, although as with all snakes this varies.

The Amazonic Tree Boas also have very long needle-like teeth which makes their bite quite painful.

Kichwas respect the boas very much but they are not afraid to handle them.

Many people catch boas from the wild and bring them to their homes and chakras (farms) because they are believed to bring good luck. 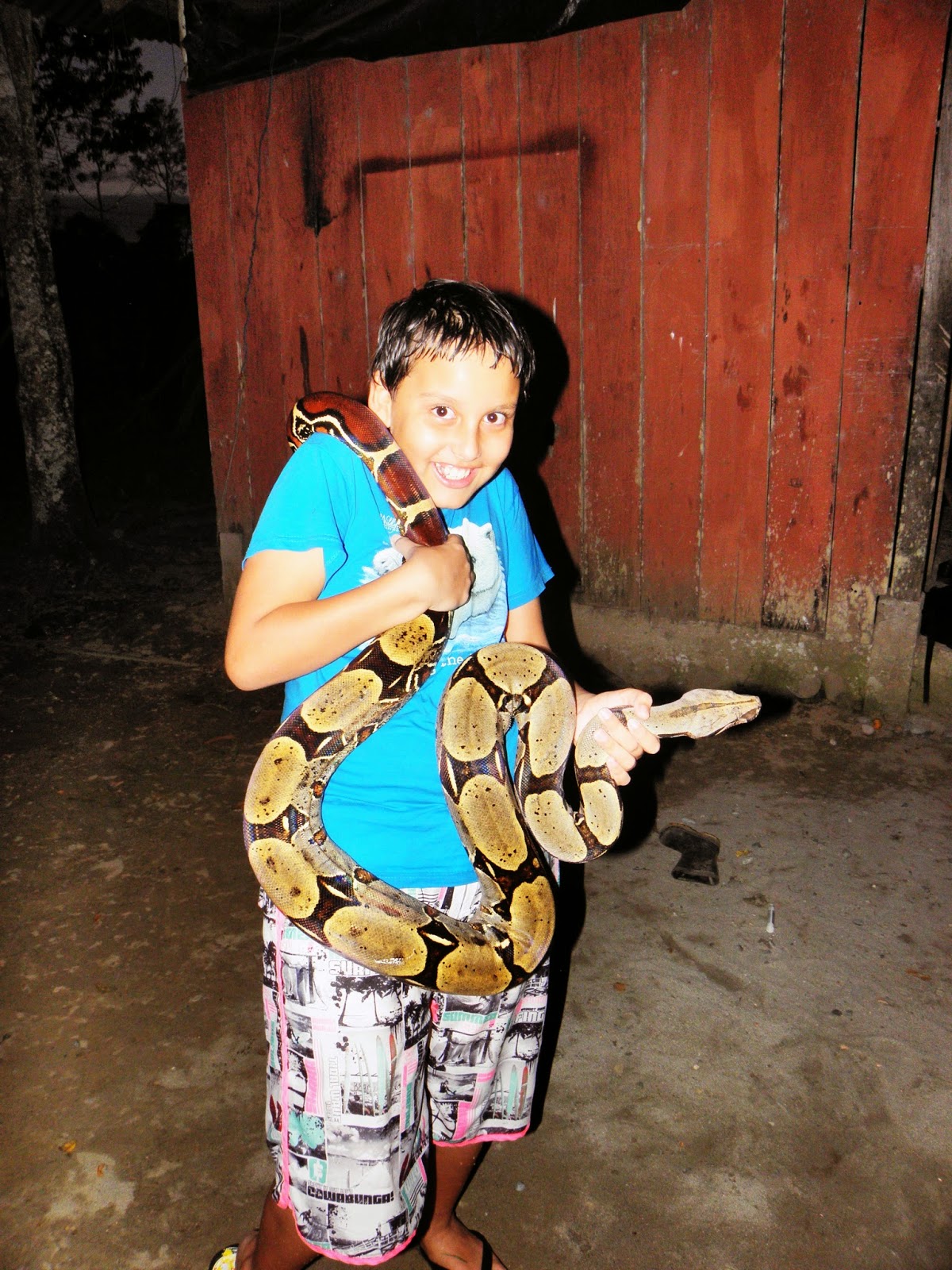 The children learn from young age to take care and play with the boas.

It is not uncommon to get a bite but that is just to show that you didn't know what you were doing.

These snakes tend to give some warning of being inclined to bite, and will usually give fairly gentle bites (which can still draw blood) unless they are given reason to give a full strike.

The aggressiveness is in part due to the species feeding cycle.

The snakes are night time hunters, so they are in hunting mode when they are most likely to be handled by an owner.

Being in a hunting mood and being that an owners hands are usually nice, hot and prey sized (Amazon Boas hunt mainly using their heat sensors) - people do get bitten, although as with most snakes, the animal will soon realize their mistake and let go, since they can recognize the smell of their owner. 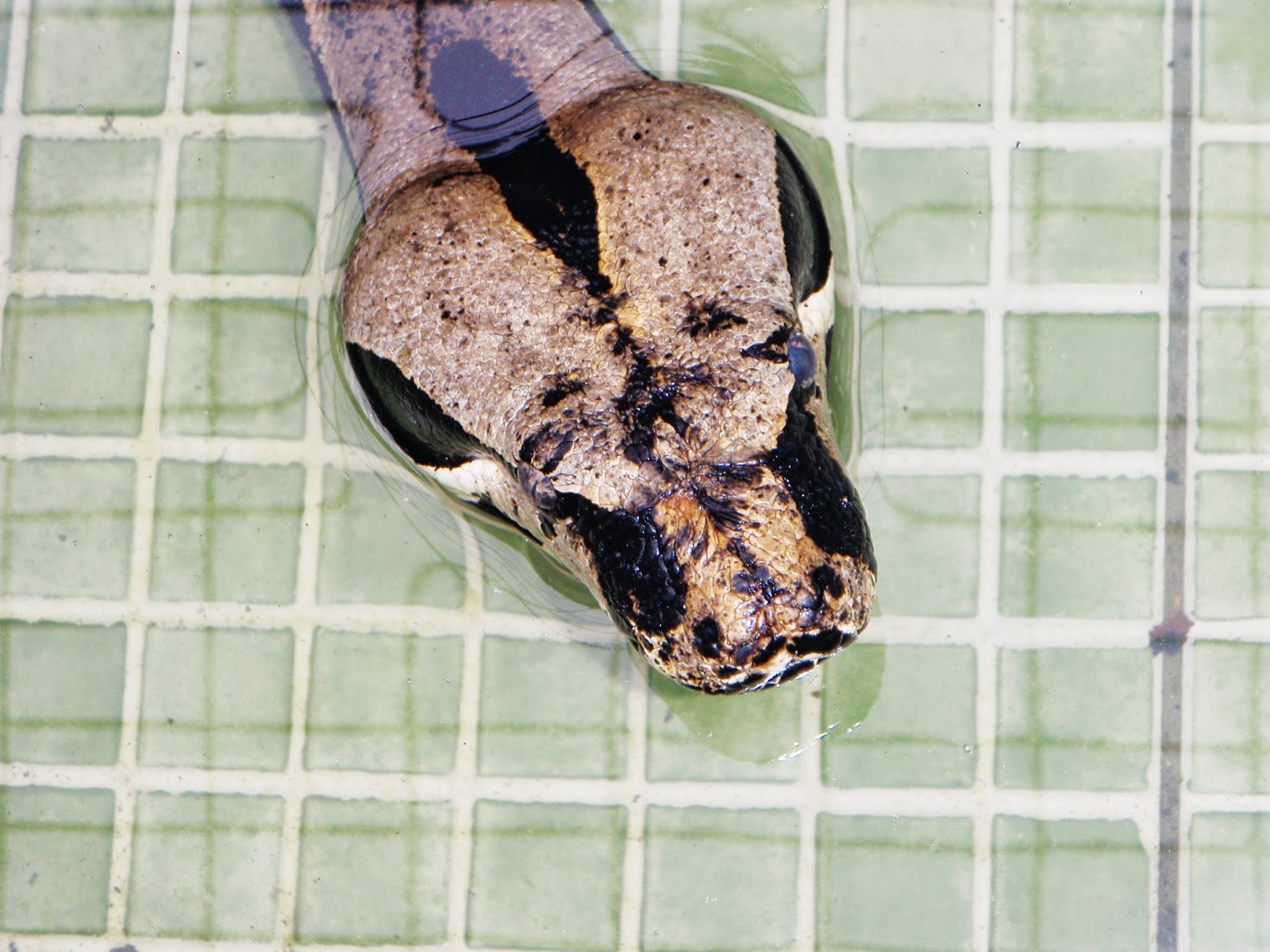 It is uncommon for a constrictor snake that knows the person handling it to strike and constrict the person, as they would a food item, unless the snake is very agitated.

The Amazonic Tree Boas are quite slim and don't have the mass of some of their other constrictor cousins such as the terrestrial Python, Boa and Rat/Corn snake species.

Prospective owners however should be advised that while the snake is quite lightweight and gracile in comparison to some other species, it in no way means the Amazon Tree Boa is a weakling.

It is more than capable of resisting being moved by both using its strength to anchor itself to the local surroundings, and if agitated striking to defend itself.

Male snakes also have spurs under their tail by the vent (the bony remainder of the hips and back legs) and will flail their bodies to bring these into play.

The spurs are also used to assist in mating. 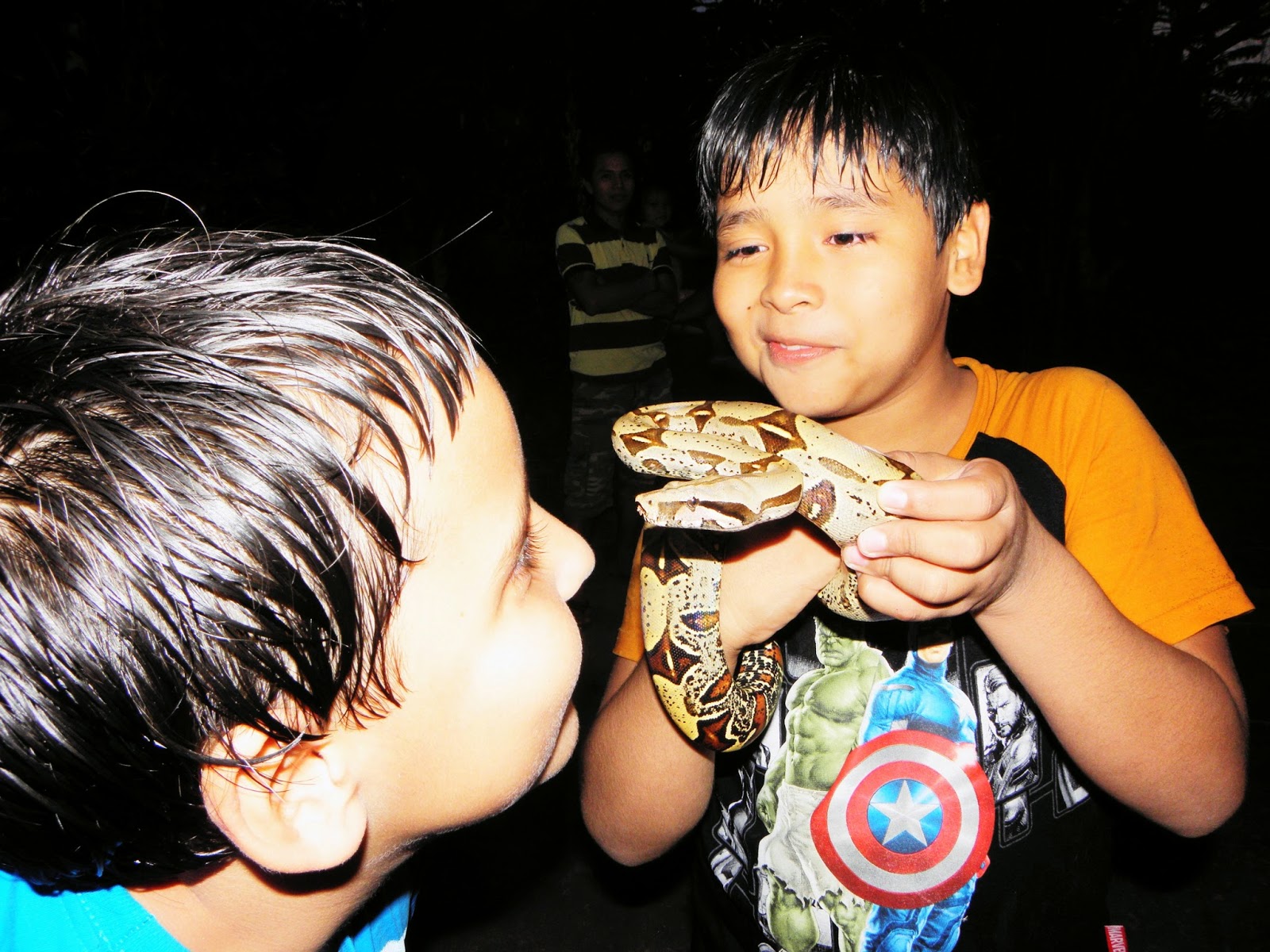 A good tip to protect oneself from bites is to wear gloves of some description over the hands, this can shield the heat of the hands and therefore the snake is less likely to strike since it doesn't have a hot target to aim for.

In Ecuador’s Amazonic area there is quite a lot folk lore about huge boas, over ten meters long.

Also boas are many times blamed for eating people, even adults.

In the folk lore they are told to be able to change their shape from boa to people.

The young people of tribe are often warned of falling in love to strangers found in the jungle or playing in the river.

Because these strangers might very well be boas in reality. 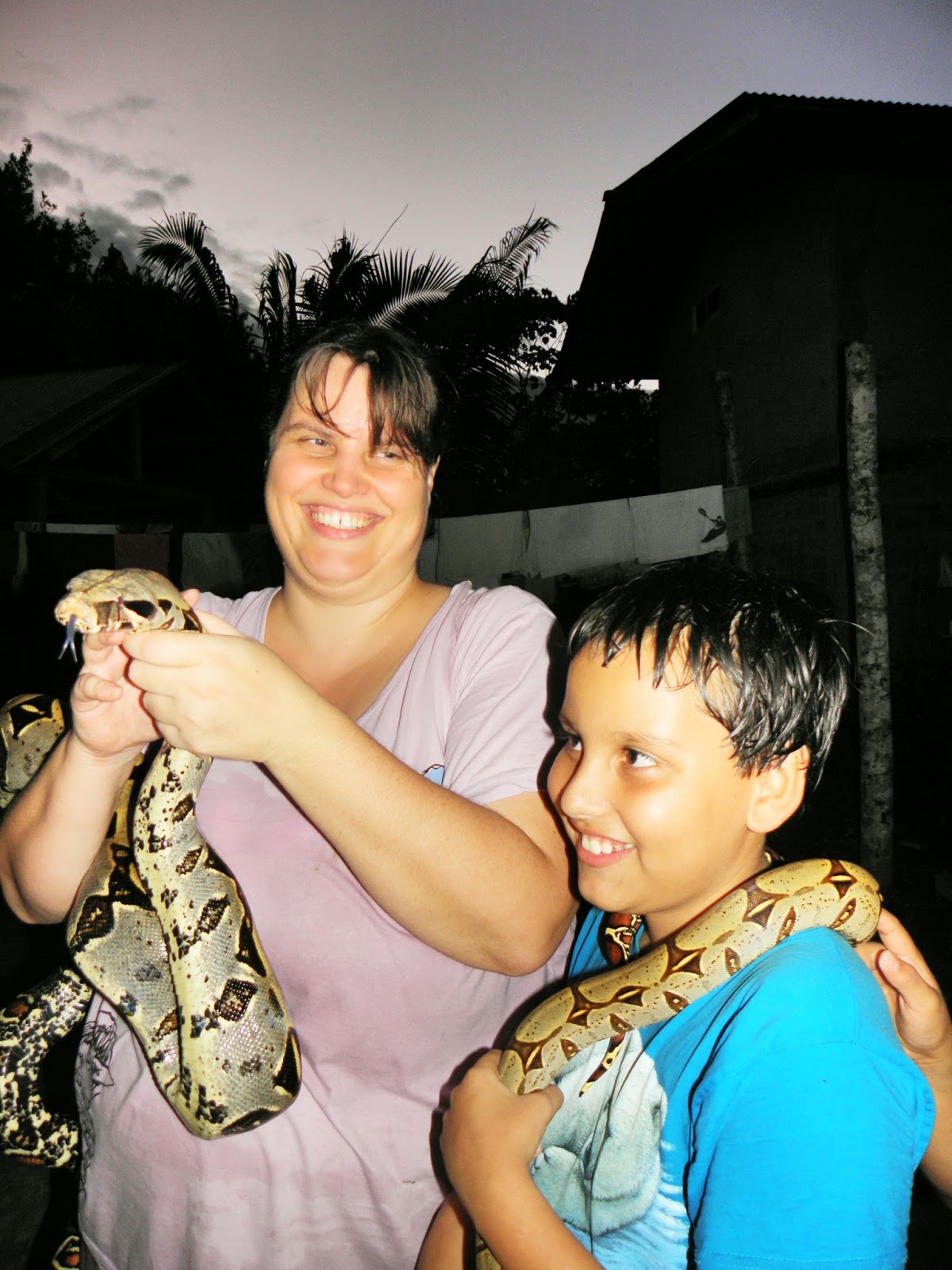 There is also lore that relates women to boas, because both have sinuous forms and the women move their hips like boas while dancing.

Many people have boas as pets, and they are thought to bring their owners good luck.

But you need to take care of your snake and make sure it won’t get angry at you, because the results of that anger can be desatrous.

It is good luck to have a boa living in your chakra, or farm, because it will guard it against evil and even stealing.

But you must respect the boa or it can make you a prisoner, getting you lost and making you walk in circles, so that you’ll never find your way out.

If angered a boa can call for a lightning and cause you bad luck for the rest of your life. 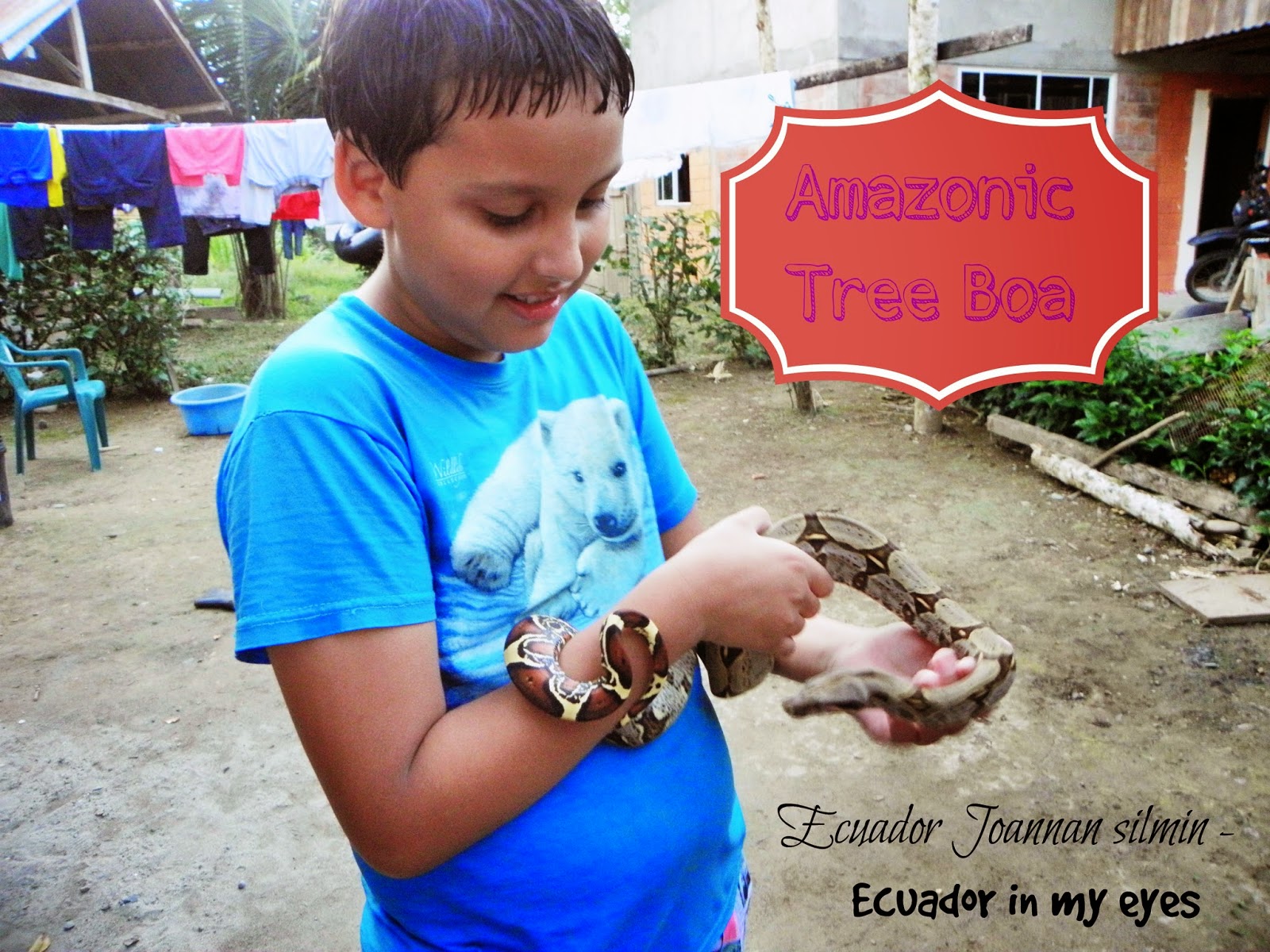 A Mighty Throng - (Not So) Wordless Wednesday 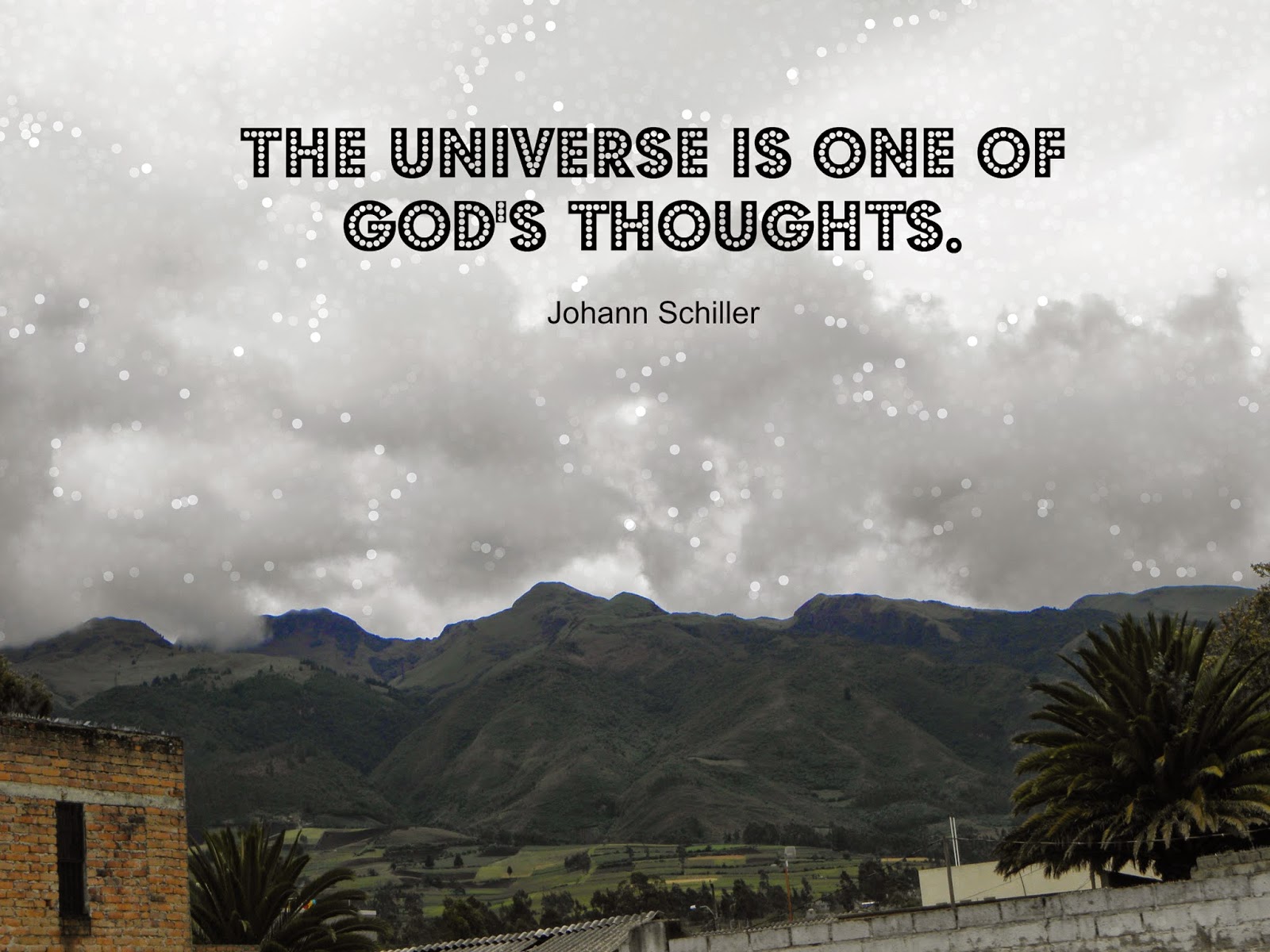 Psalm 68:11. “The Lord announces the word, and the women who proclaim it are a mighty throng.” 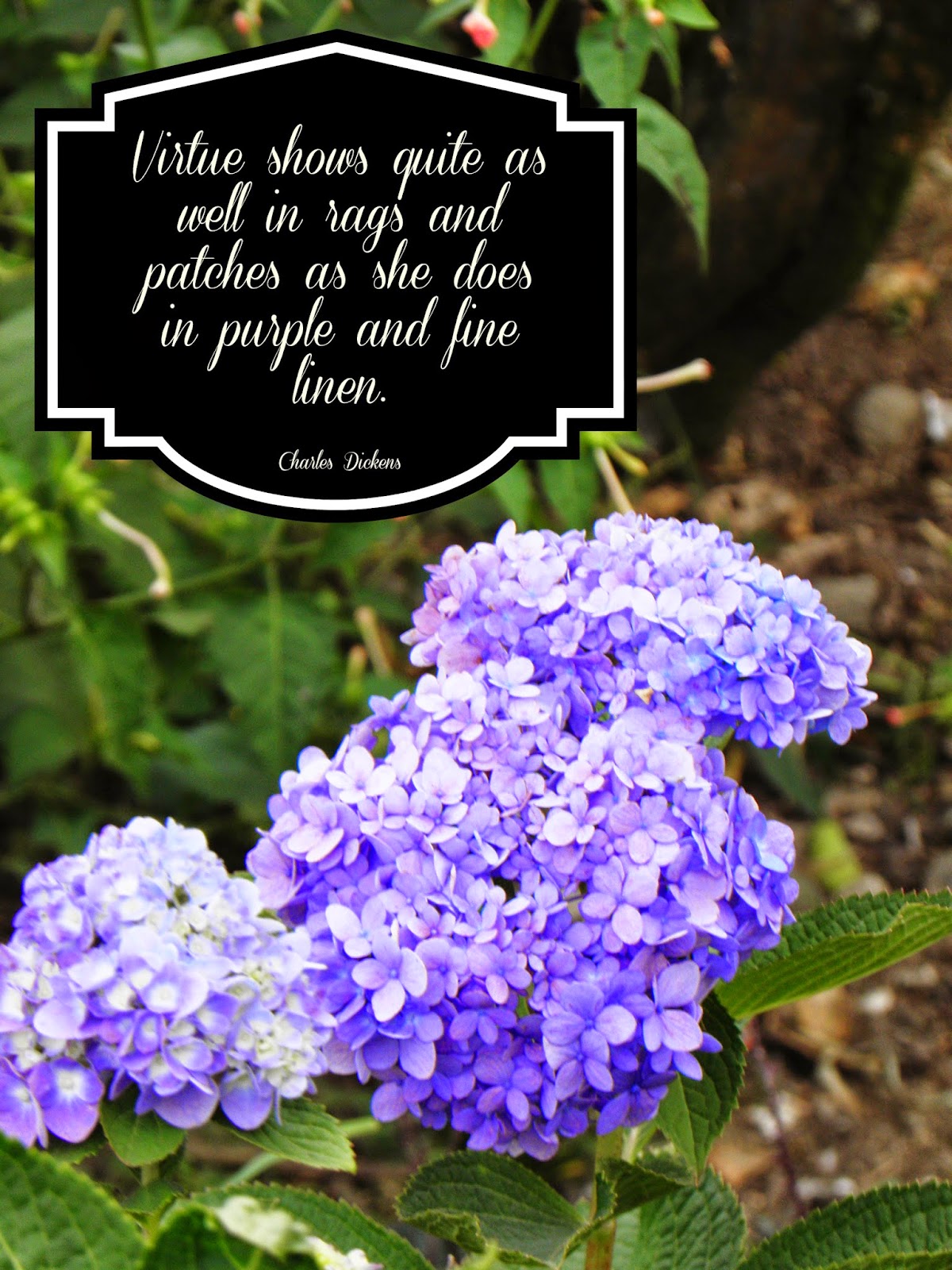