"Orchids’ Paradise" - Monkey Forest is a resort located in the Canton of Archidona in the province of Napo. 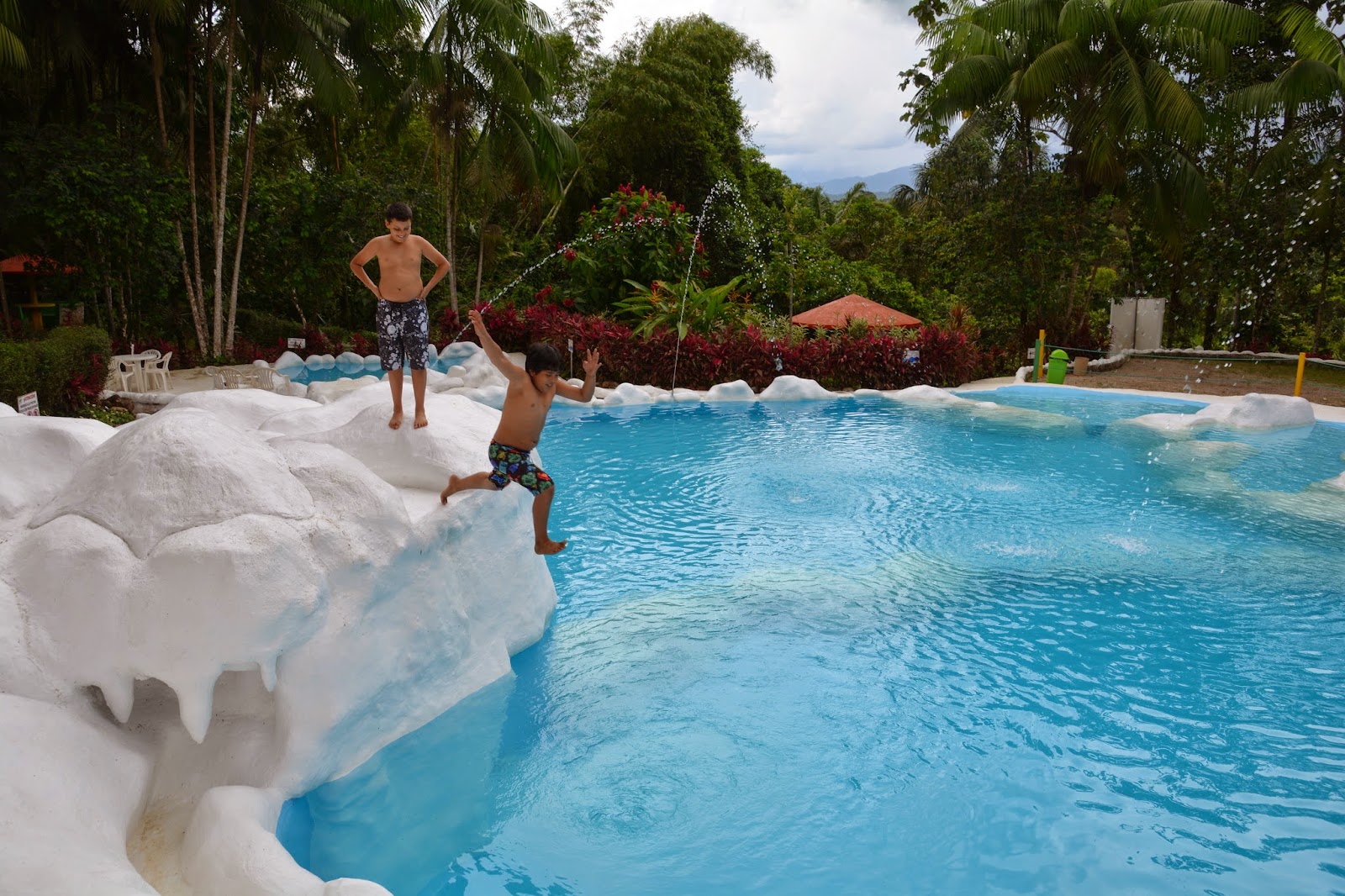 It is near Tena, and just three hours from Quito. 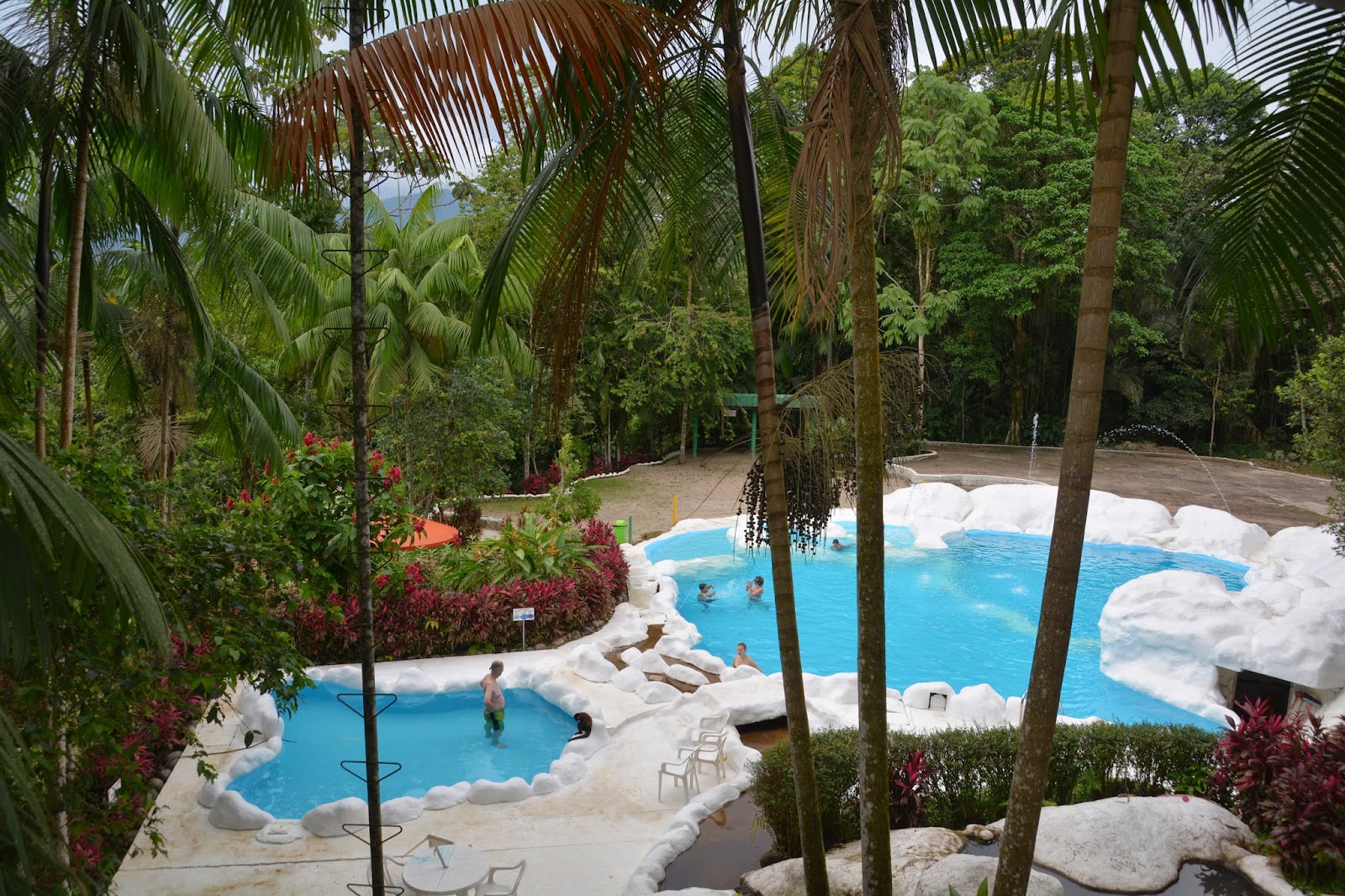 Orchids' Paradise is a peaceful and comfortable place that also helps to conserve the environment and biodiversity of the Amazon rainforest. 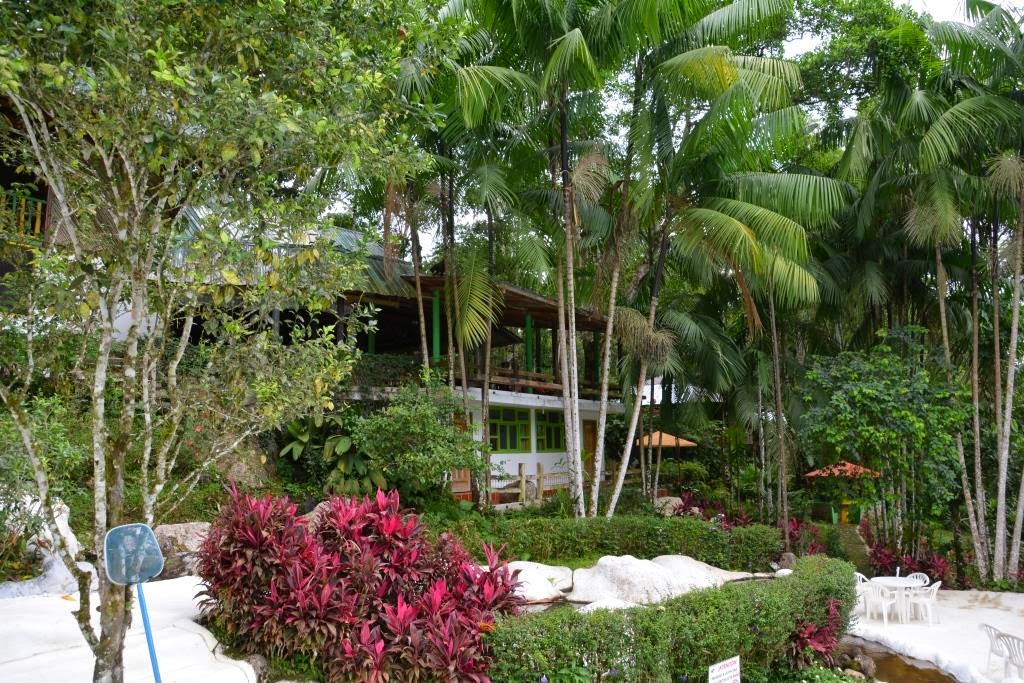 Truly a unique space designed for people who love nature. 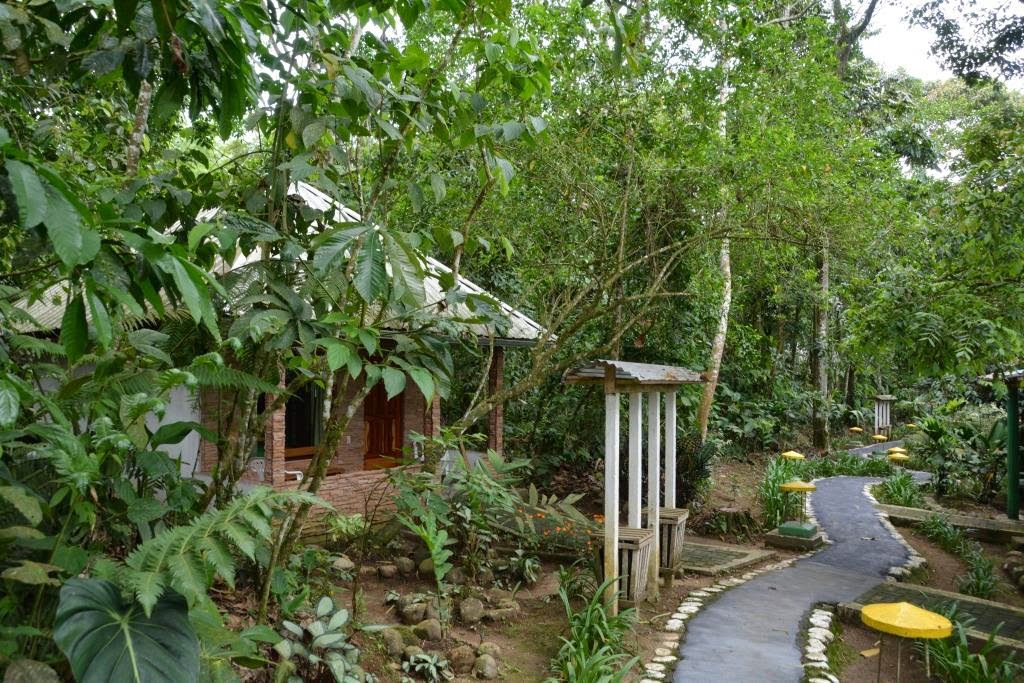 The conservation of flora and fauna are part of the facilities and you can observe several species of monkeys in complete freedom along with native plants such as wayusa, ishpinku and ayawaska. 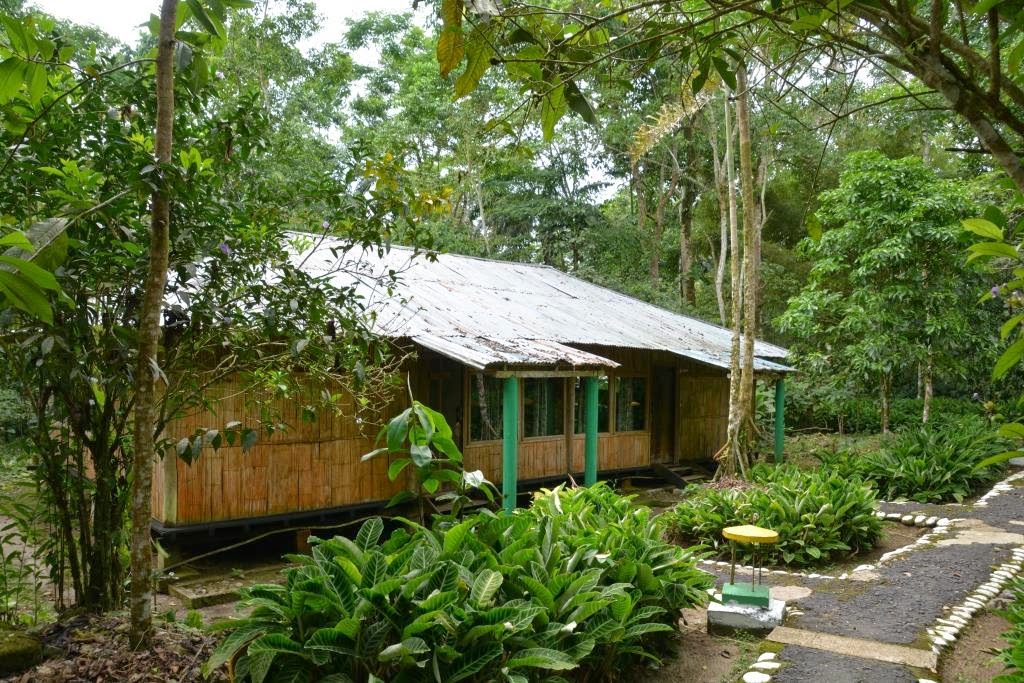 The Amazing Plants and Animals

It is my son’s favorite place for a swim during the hot days which we have too often. 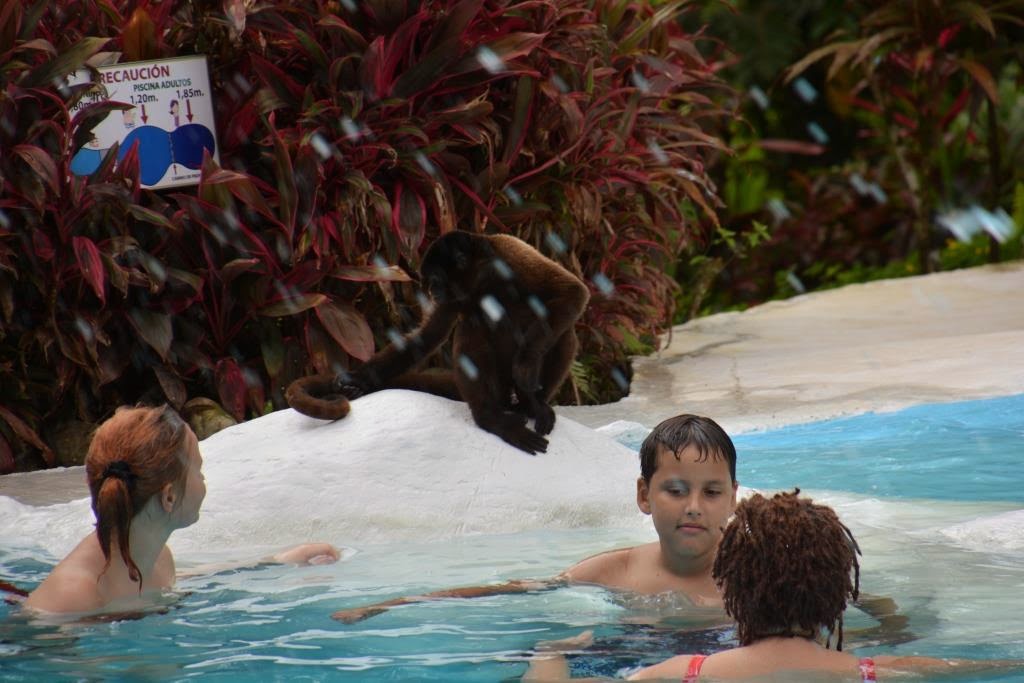 I enjoy the beautiful pools but also the gorgeous views and nature paths. 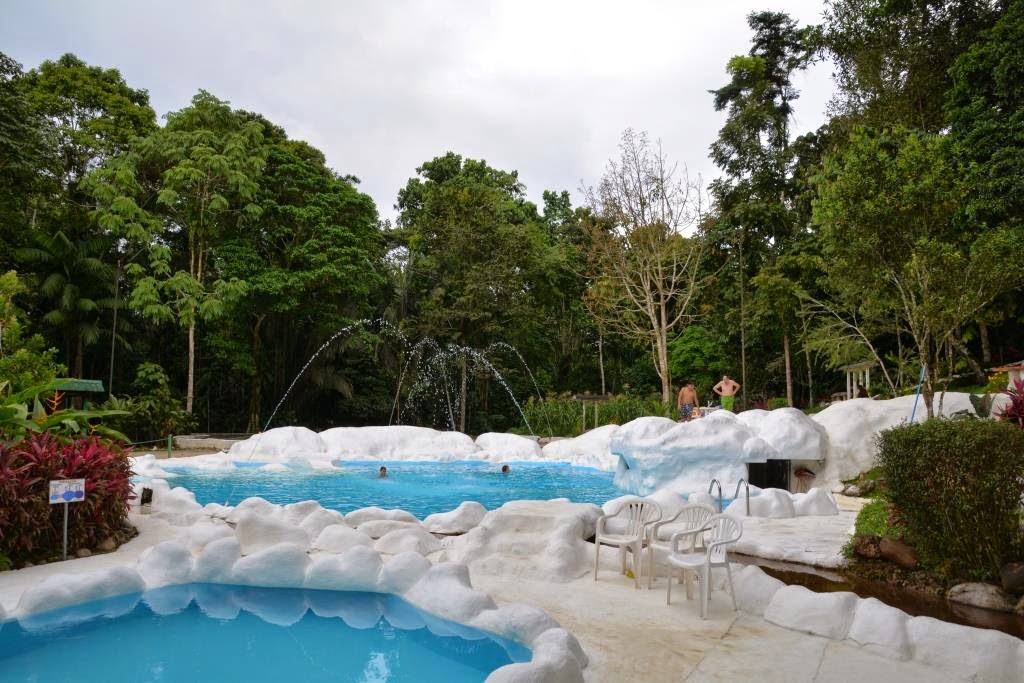 The trees and flowers surrounding the facilities are amazing and I truly enjoy taking pictures of all the life teeming in the forest. 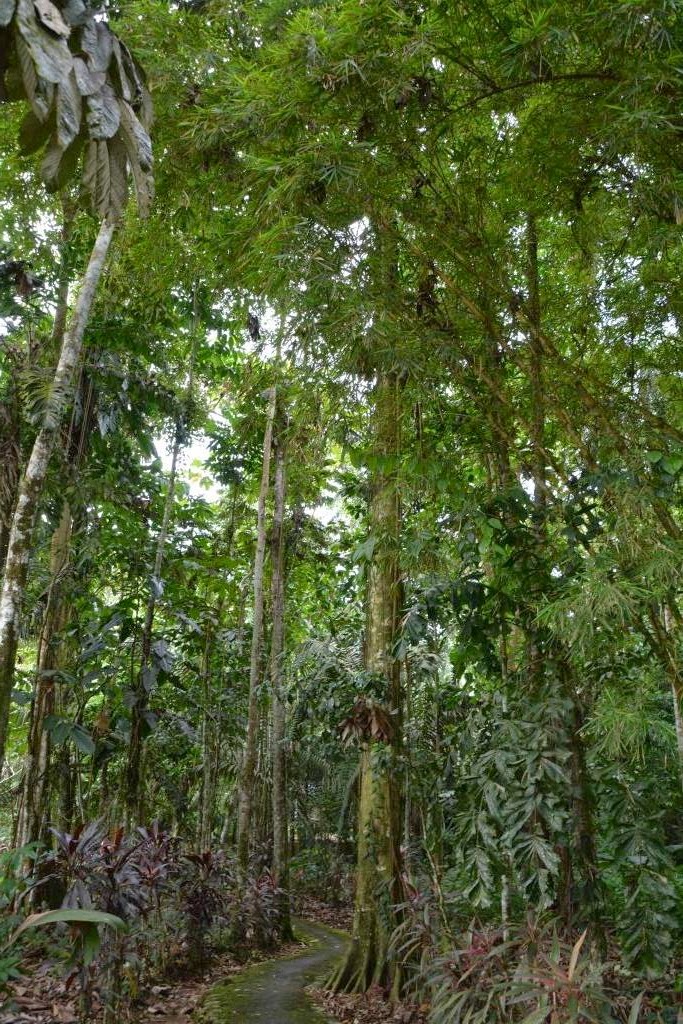 There are many different animal and plant species living on the grounds. One of the monkey species is chorongo or brown woolly monkey. 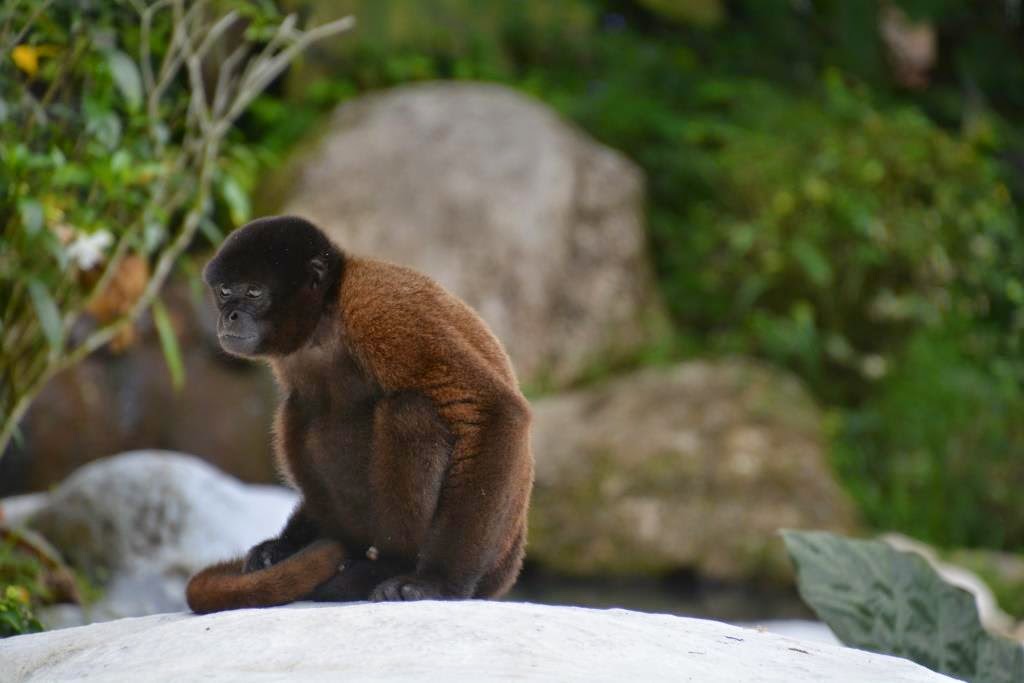 The chorongo is also called Humbolt’s brown woolly monkey and it is the second biggest monkey of the new world. 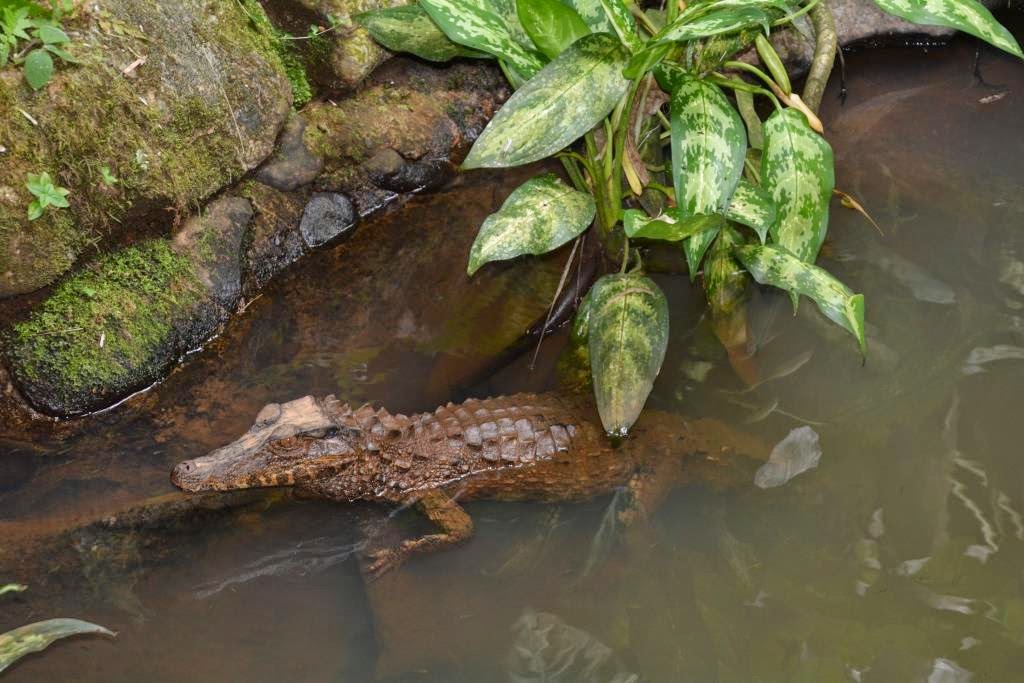 They live in groups from two to 70 individuals. 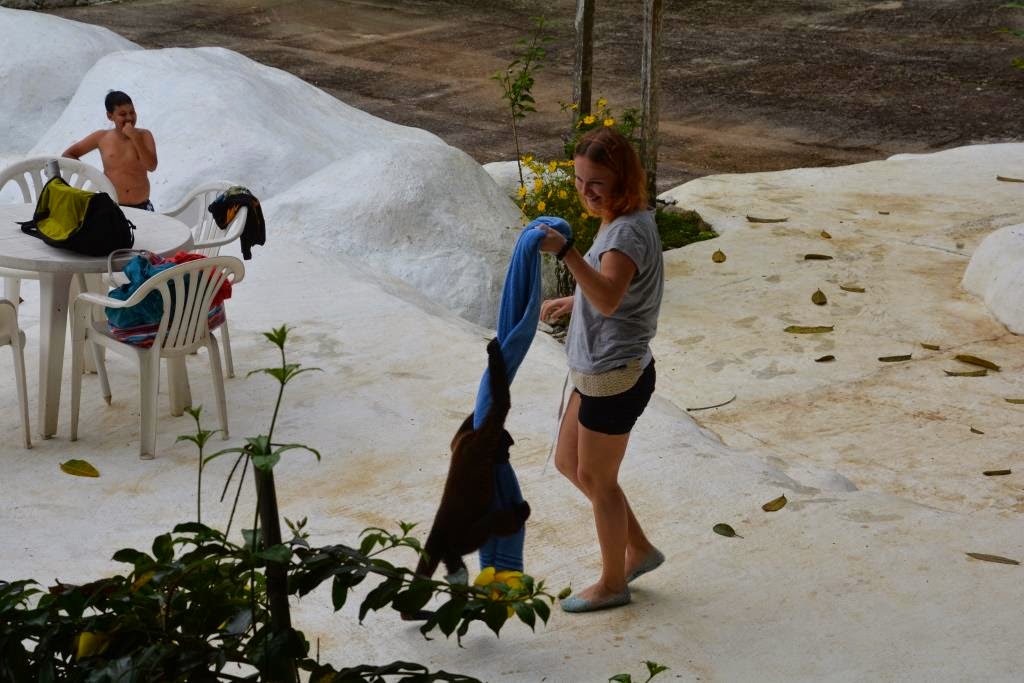 One of them got a bit too friendly but finally calmed down and wanted to play with us. 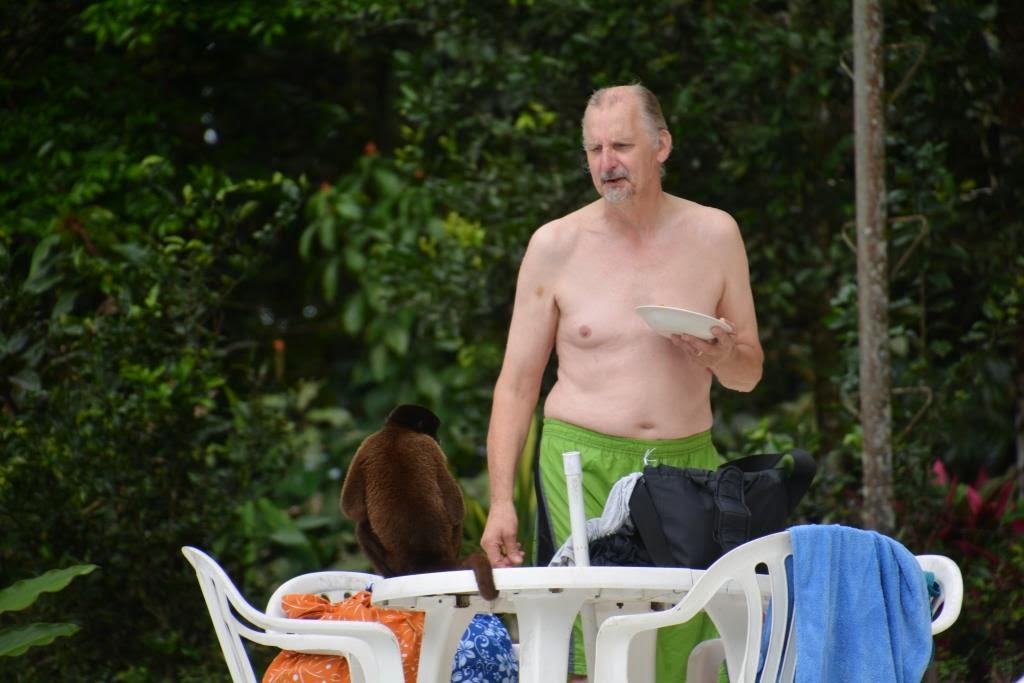 The woolly monkeys’ heads are rounded and large, the body is heavy and the tail is prehensile and naked at the bottom 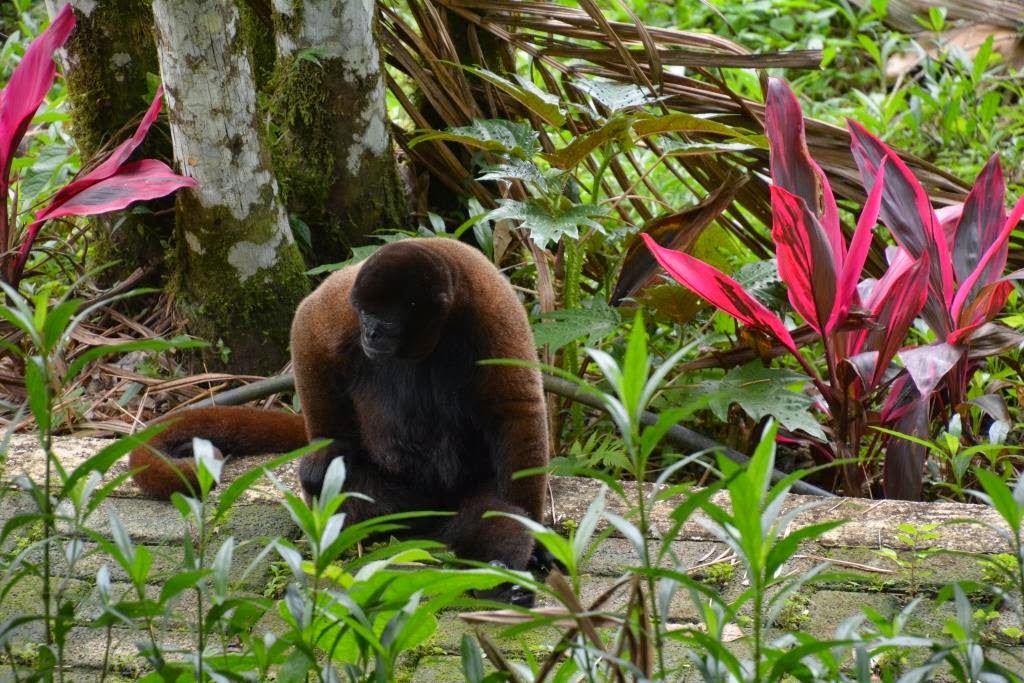 The brown woolly monkeys have a highly developed thumb and short, thick fingers. 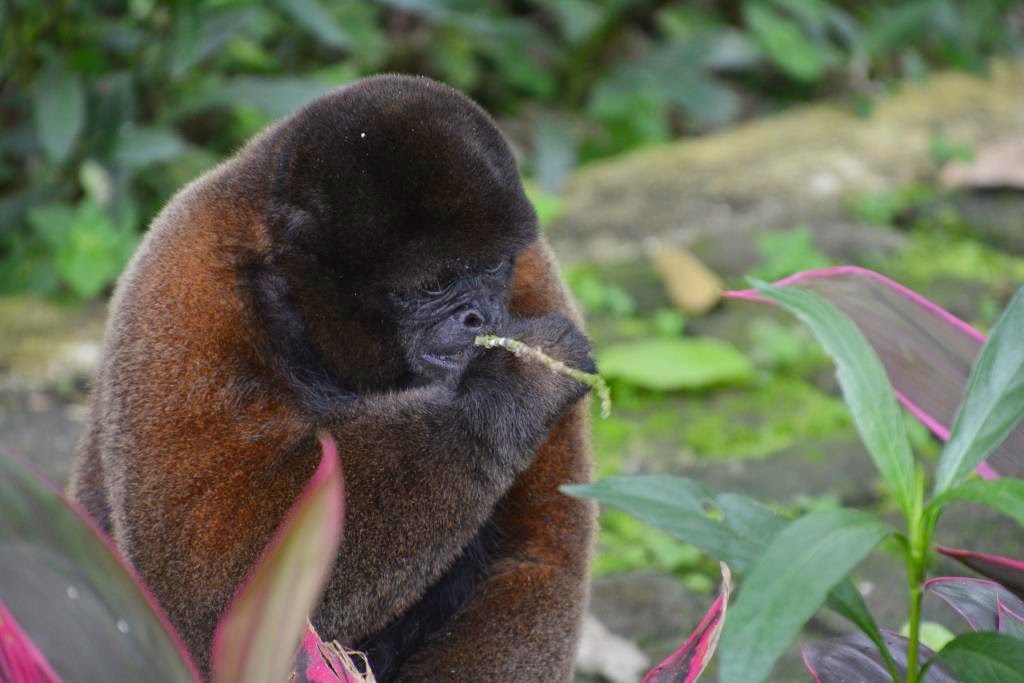 Their coat is short, thick and woolly and the coloration of the head is darker than the rest of the body. 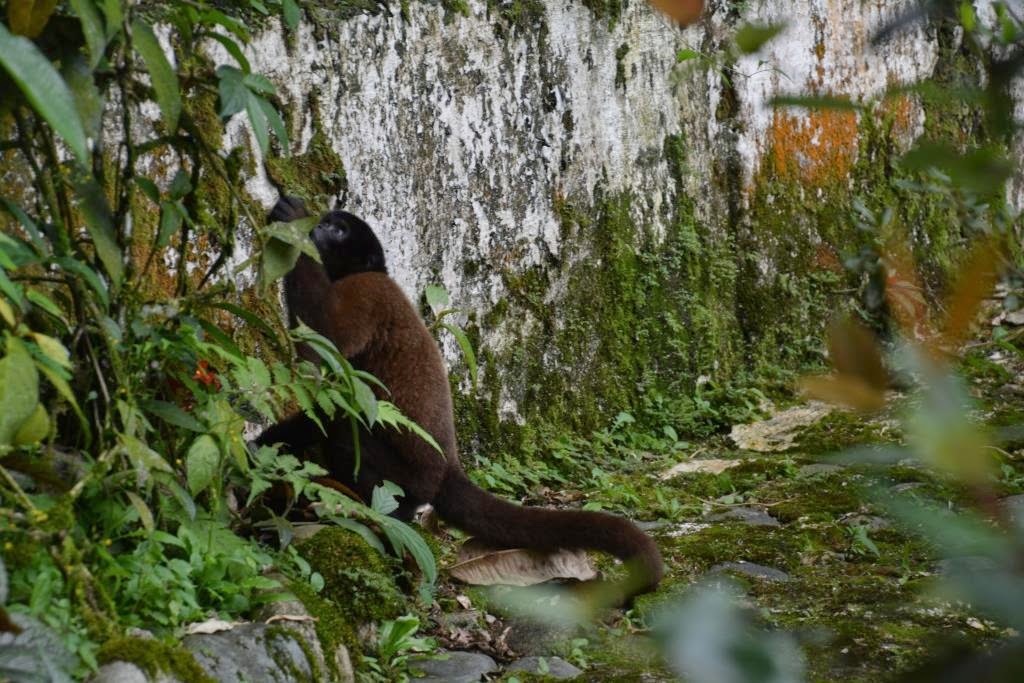 They form family groups, with a social hierarchy where the dominant male has priority access to females and food. 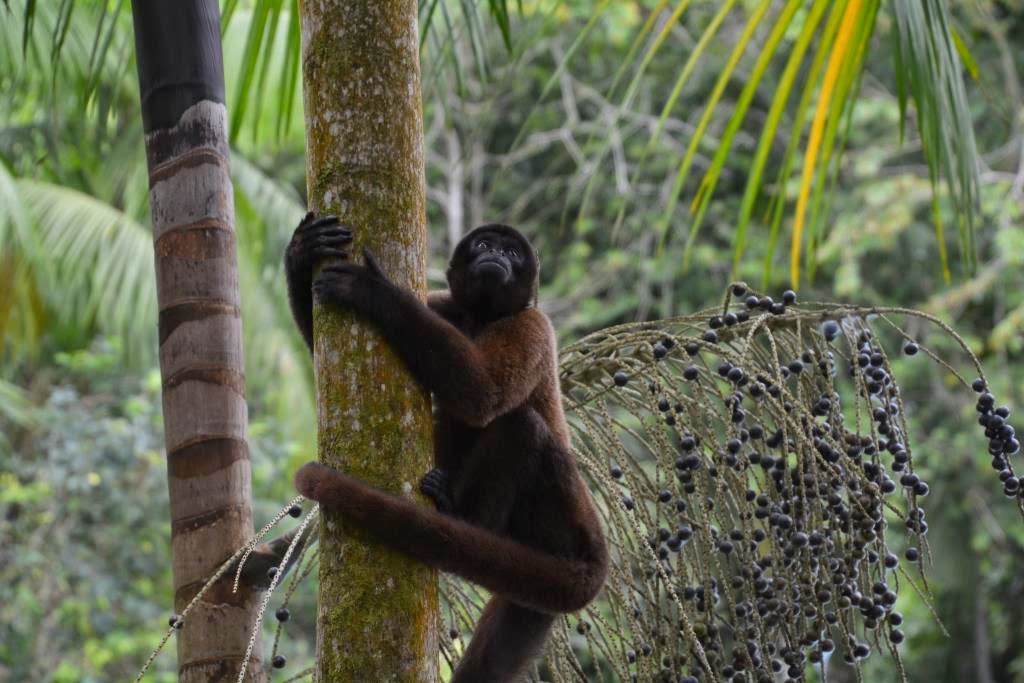 They are fruit eaters, their diet consists of fruit, leaves, seeds and some insects, which makes them important seed disperser agents. 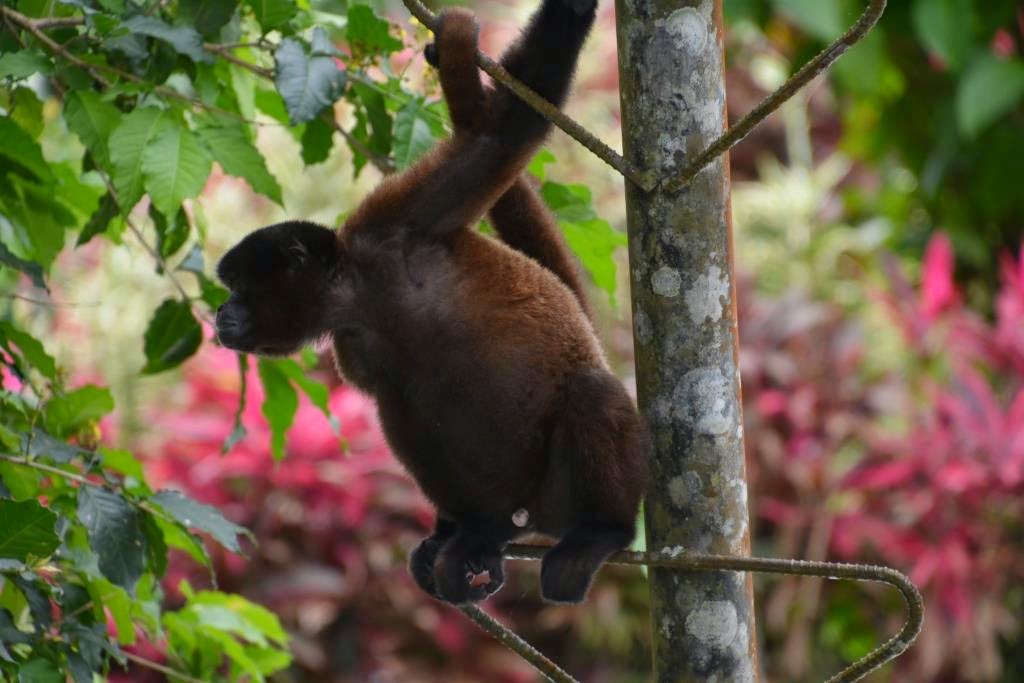 In Ecuador chorongos are found in the Eastern Subtropical and Tropical planes. 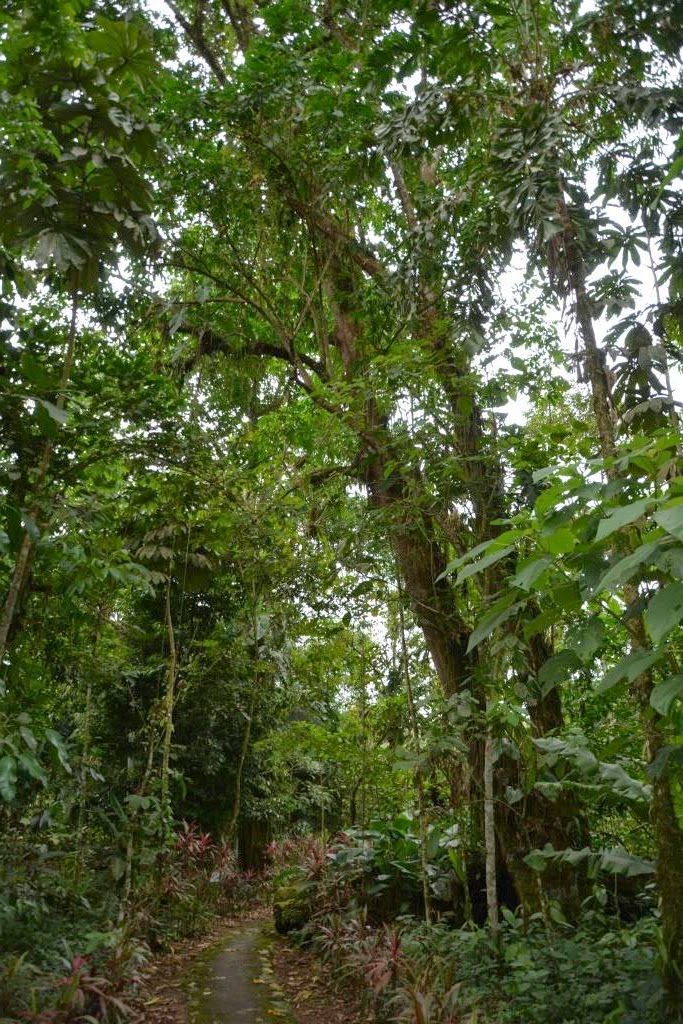 You may find it around the Napo and Aguarico rivers and is common in the Cuyabeno Wildlife Reserve and the Yasuní National Park. 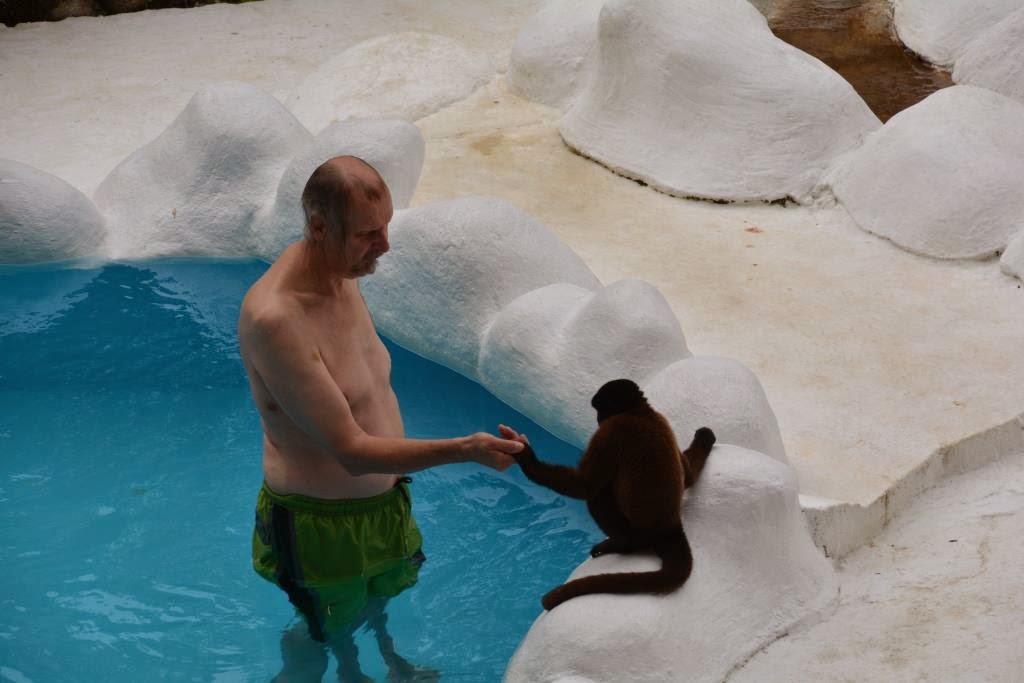 In general they live in the Amazon region of Brazil and east of the Andes in Colombia, Venezuela, Ecuador, Peru, and Bolivia. 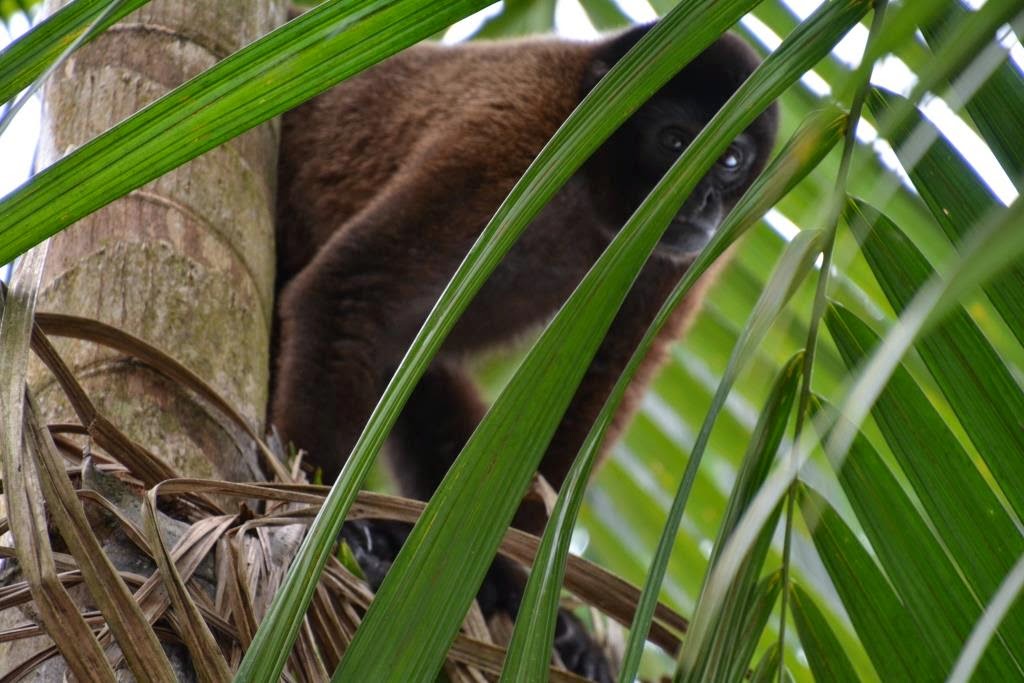 Their natural predators are the harpy eagle and jaguar. 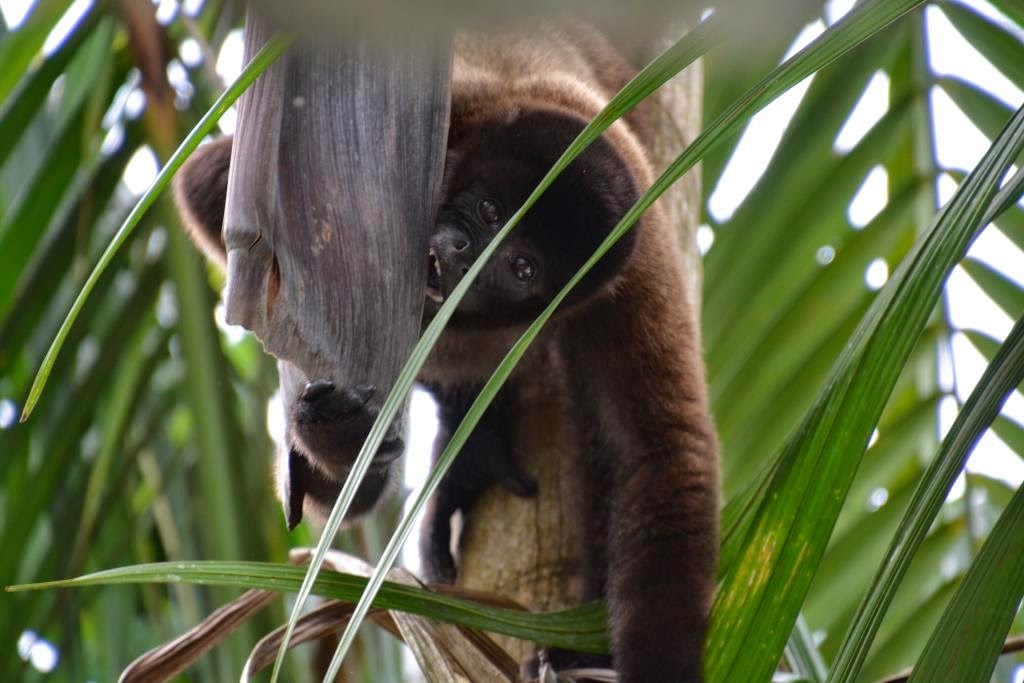 If you ever come to Tena – Ecuador, I recommend visiting "Orchids’ Paradise" - Monkey Forest Resort. 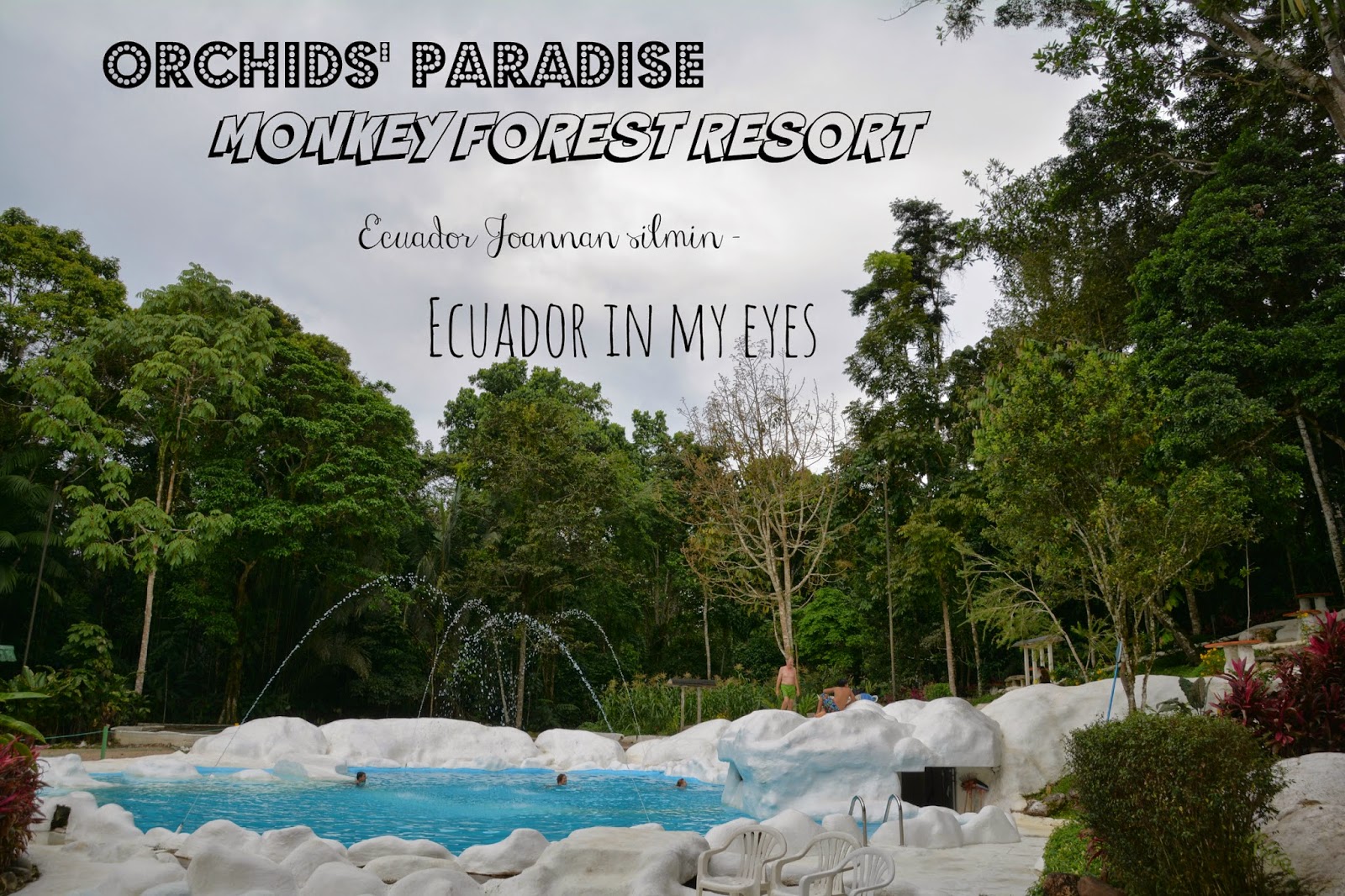