The Queen With The Frozen Heart 9 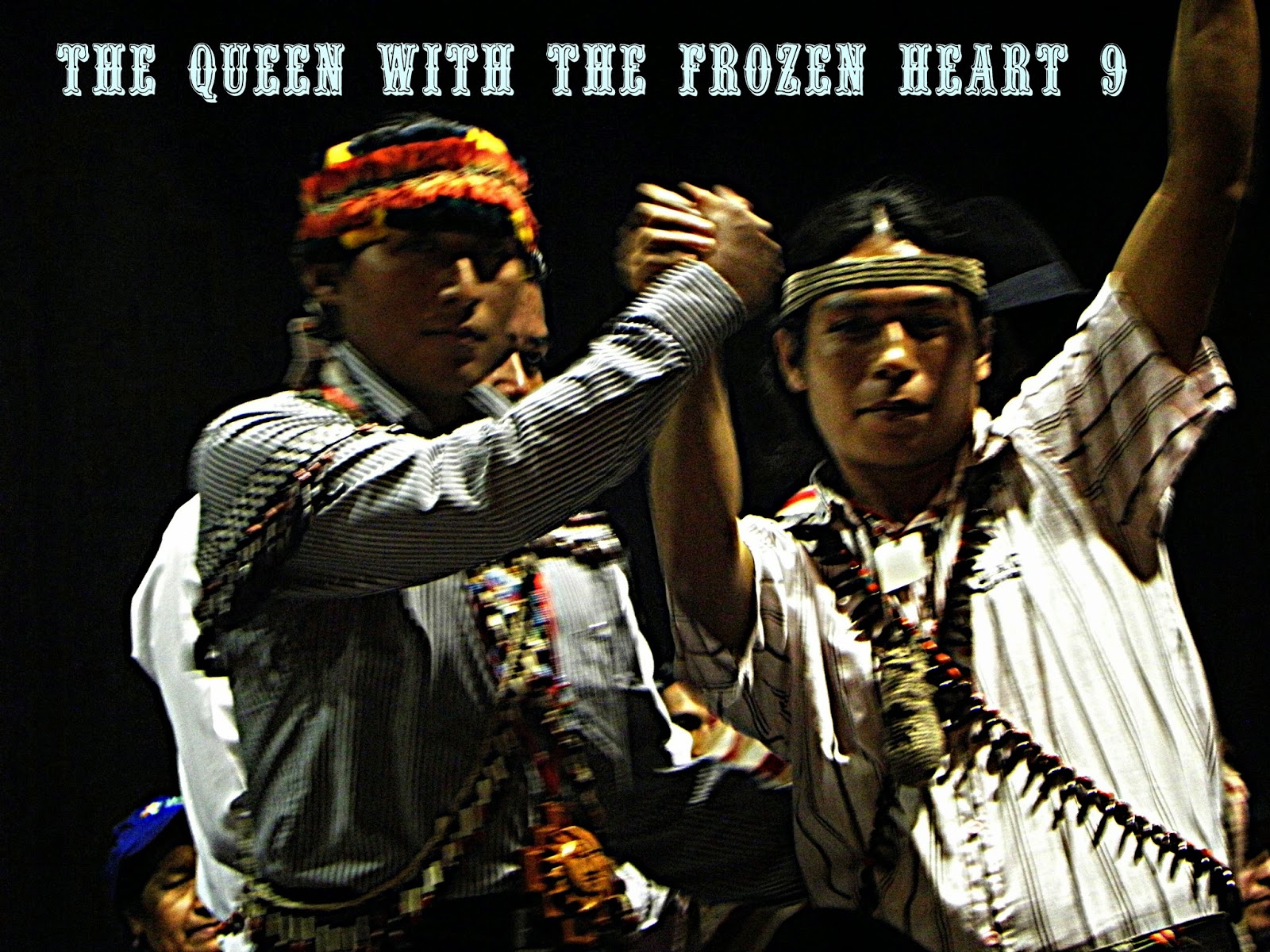 The women stood silently by the fire, their eyes on the ground and heads turned away from the visitor.

The prince kept closing carefully the little village, trying to look as friendly and non-threatening as possible.

A universal greeting that everyone knew meant that he had no evil thoughts towards the house and its habitants.

The young boy and his jaguar closed on the prince. He was still carrying his chonta spear, ready to thrust it to the strange man’s heart.

Strangers were a danger and though the man didn’t look like a foreigner, he was not from any nearby village either. Just knowing to speak the same language did not ensure safety for the tribe and the people. 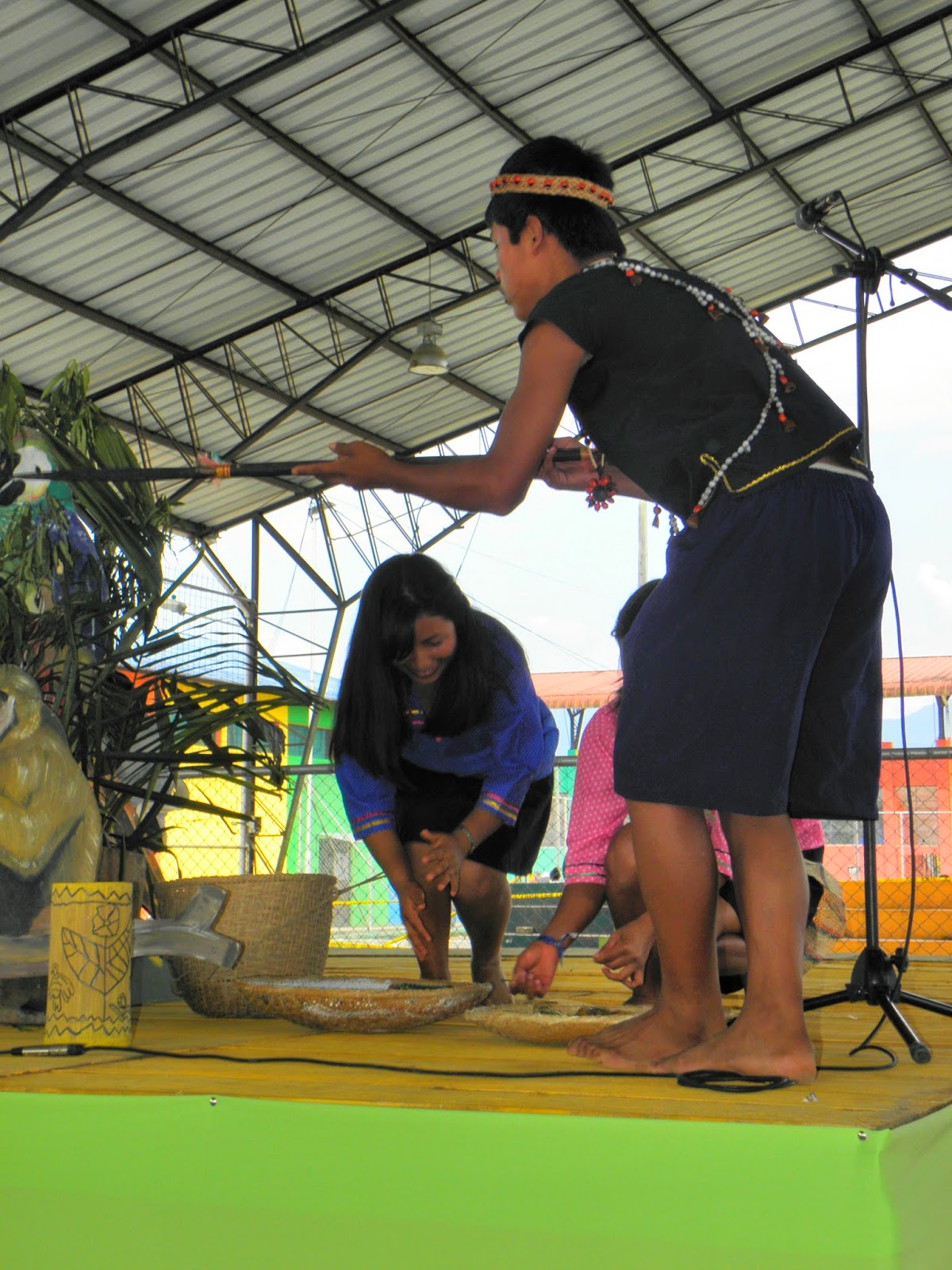 The boy stared at the man and checked his empty hands above his head. He had no concealed weapons in his body either. And he did not look sick or threatening. Since the boy was the oldest one around he had to make the decision. Would the strange man be allowed to live or would he die today?

- My name is Amarun, the prince said.

The boy startled. Amarun, the boa, was a strong name, a magical name. The man must have been a wise man with unseen powers. He stood still for a while, his face impassive, thinking. The man had come as a friend, telling that he had no evil intentions towards them. If he was a magician he could have stayed in the jungle and curse them from there, and no one would be wiser. But if he was a good magician he would be helpful for the village and could bring them blessings and help the village. 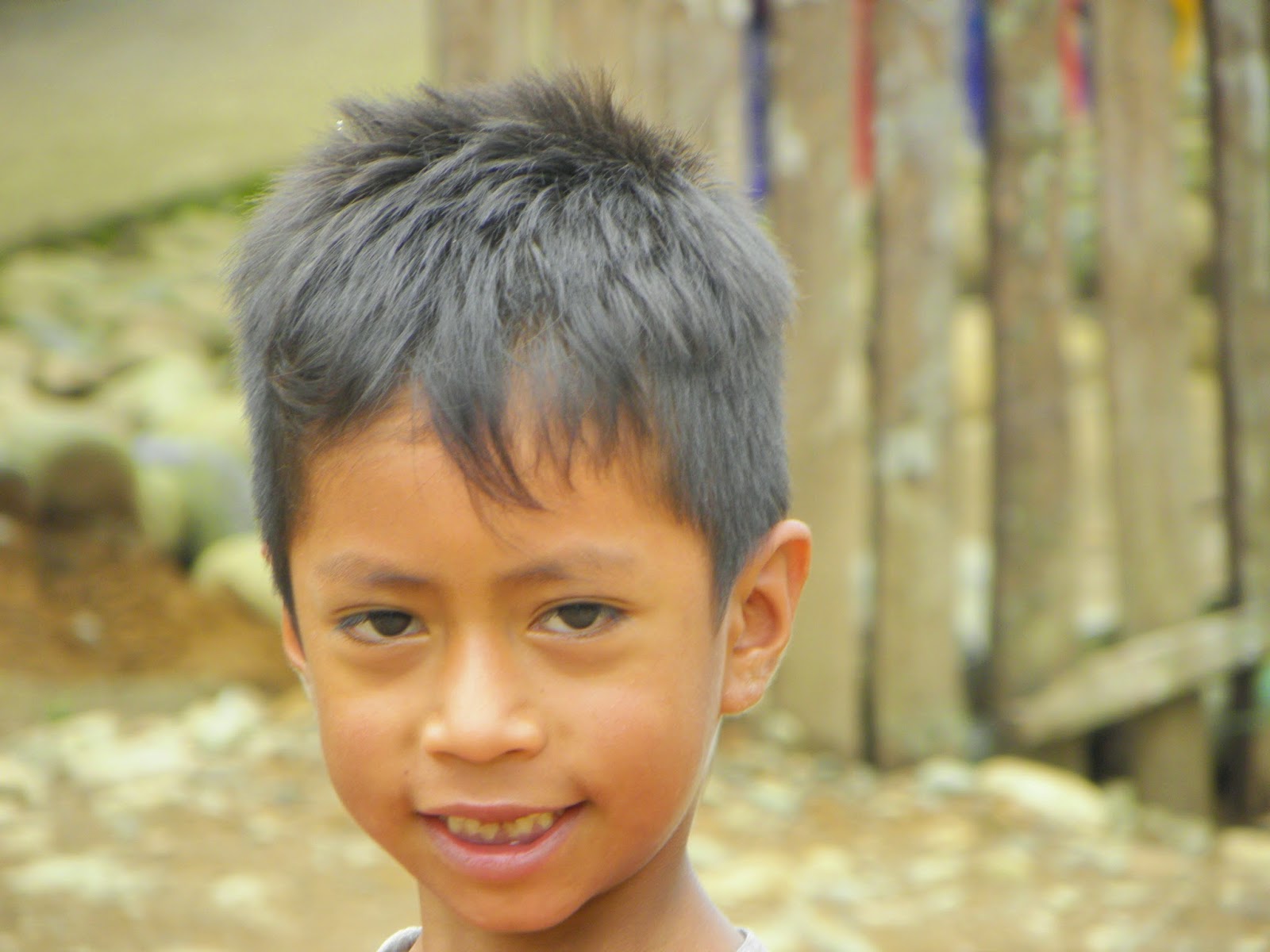 This was an important decision and so hard for a young boy to make alone. But he was to be the next kuraka, after his father. He knew that and the village knew that. The jaguar had chosen him. But it made the situation even harder. Everything he did was a test, everything was considered to see if he proved to be worthy.

- You have come well, he finally answered grudgingly and lowered his spear.

- You have come well to our house; he repeated three times and let the stranger walk first to the village long house.

The boy stayed behind him, the spear ready. He had let the strange among them but he would make sure to keep his family safe, no matter how strong magician the man was.
The prince lowered his hands but was careful to keep them where everyone could see them. He greeted the small children and smiled at them while they scurried around shyly. But he did not peek the women, that would have been considered an insult and grossly unmannerly. Not a very good way to start a friendship. 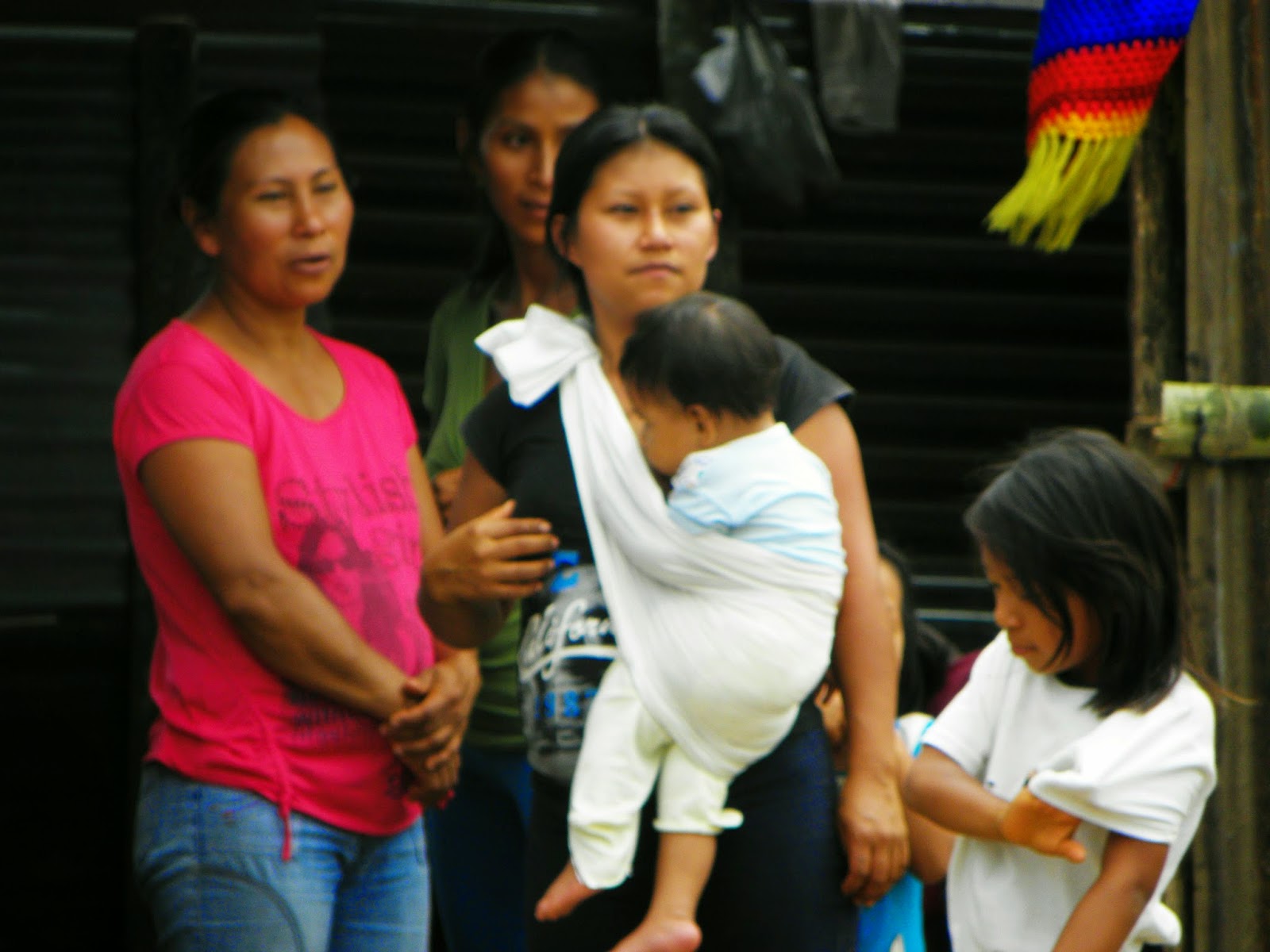 The boy showed him a place where he could sit in the shade of the long house.

A good name, the prince nodded.

- I am honored to meet you Rumi, the man, Amarun, answered, I am happy to be in your village. It is a beautiful and prosperous village. The children are big and fat; you can see that your men are good hunters. You are fat yourself, I congratulate you.

Rumi nodded content. The man was very courteous. That was a good sign. He must have been brought up properly. 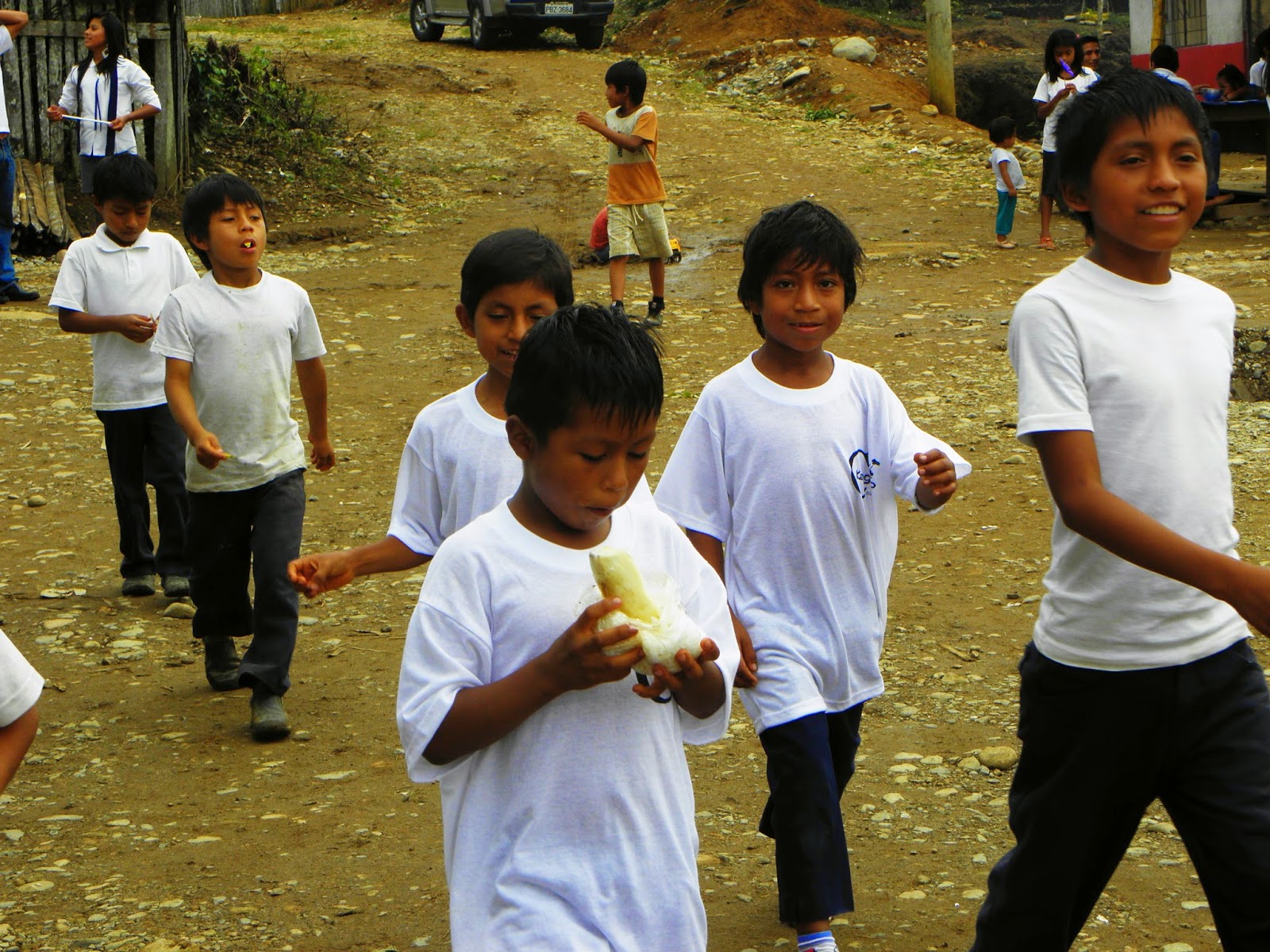 - Our men are hunting the pekari, the wild boar, he explained and showed the general direction with his spear, but they will be back. And then we will feast with meat and chicha. Our women make the best chicha.

He smacked his lips together, rubbed his stomach and smiled.

Sisa had been stealing peeks to the young men while she was working. He was very handsome, and very courteous. He never even looked at the women, just talked with Rumi and smiled at the children.

The children had formed a semicircle around them and listened to the men talking. Most of them were fascinated with the stranger. You did not see so many strange people around here. Just the neighbors from the nearby village, but they were known people. Almost like the people from your own village. Everyone was family of some degree by marriage and blood. 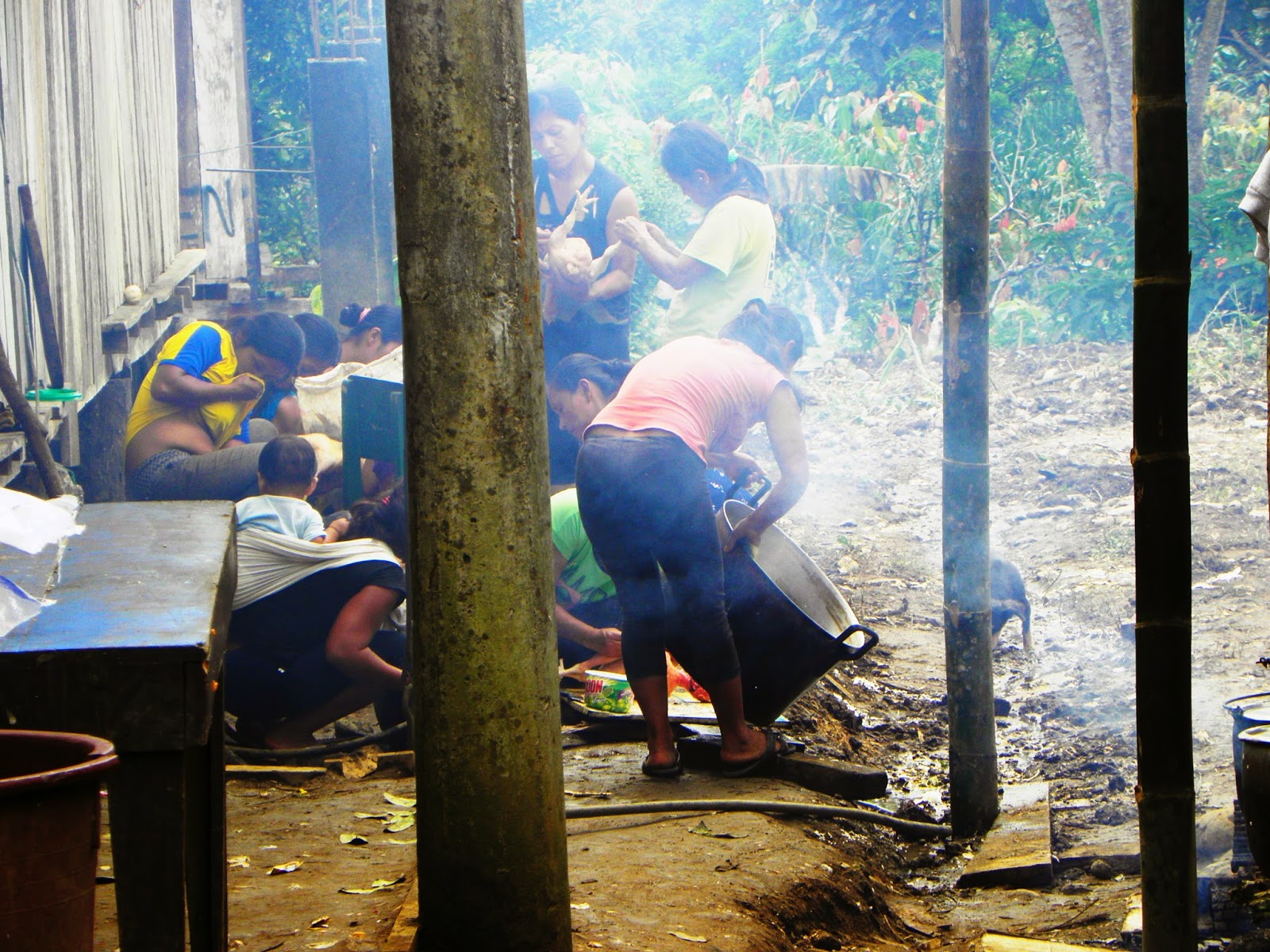 - Sisa, are you dreaming? Rumi’s mother berated the young woman.

- Take the visitor a piche of chicha. The best one, from chonta. So he’ll see how well we eat here.

Sisa took a little bowl made from emptied pumpkin and filled it with chonta chicha. The fruit beer-like chicha had fermented in the hot and humid climate and was ready to be enjoyed. It was only touched by female hands while it was done and served.

Her head bowed down she took small careful steps towards the stranger and rose the bowl to his lips. Amarun drank gladly and enjoyed the sight of the beautiful young girl. He could not see her face; it was hidden behind her black straight hair. But she was young, supple and well-formed. Her hips and breast were round and she had enough meat for a warrior to take a good hold. Beautiful young woman, he decided, very beautiful. 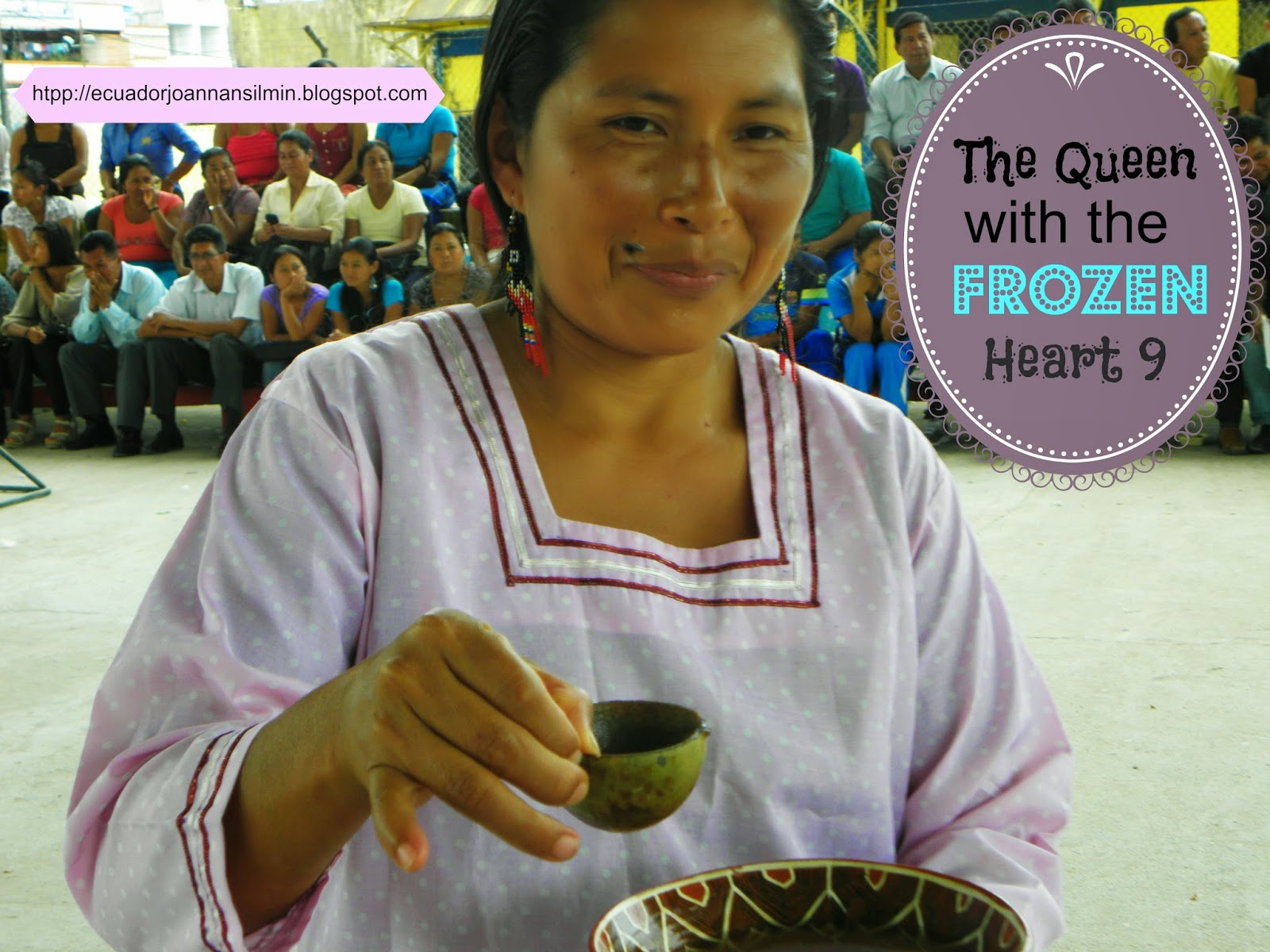 This is the ninth part of the story.