Tips to survive a strike in Ecuador - Wednesday Facts 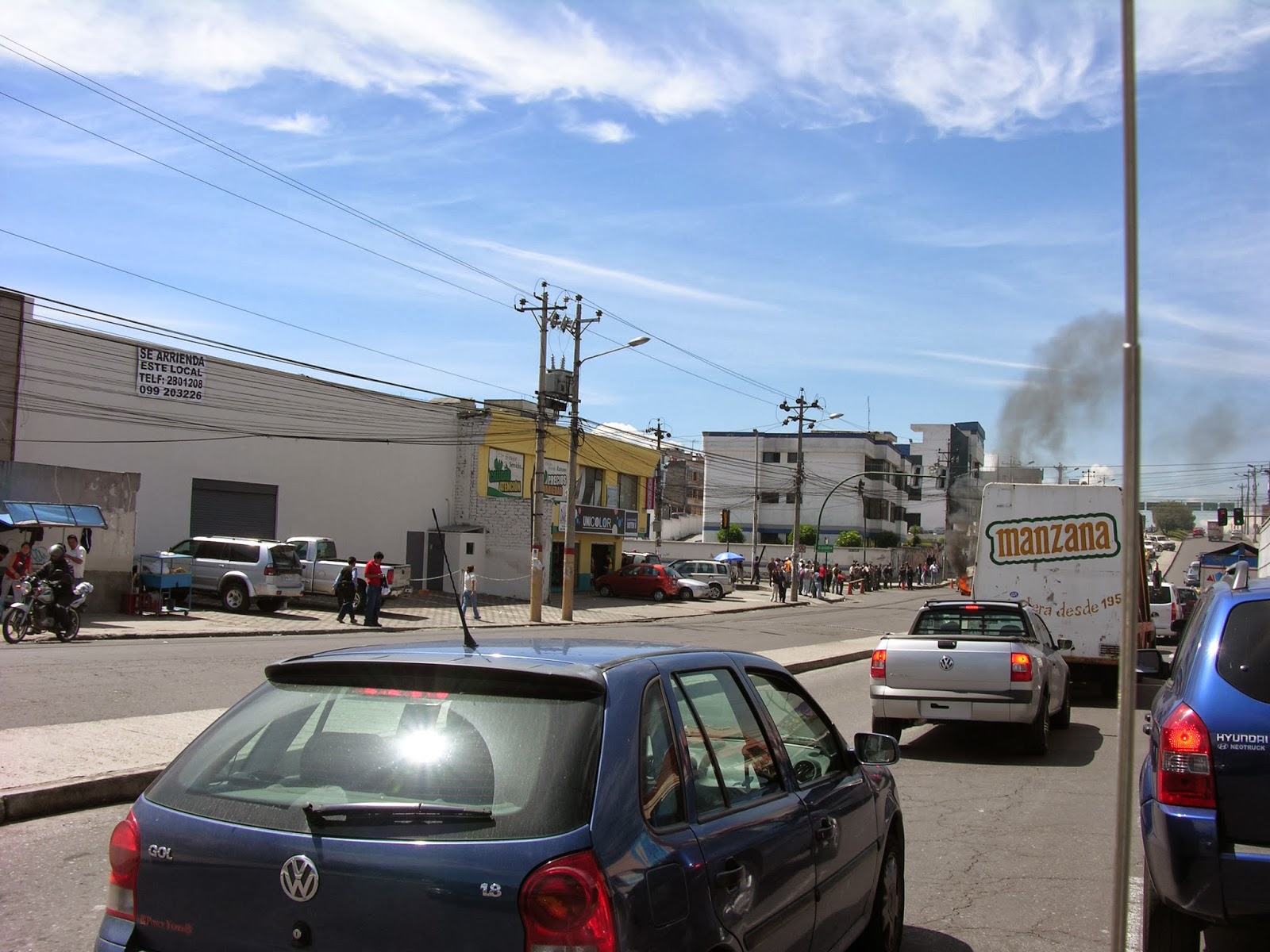 Ecuador has a special occasion for every day.

In Finland we have very few national holidays and it was quite a cultural shock to arrive to Ecuador and find that there was a holiday at least once a month.

Usually it was twice a month but sometimes every week.

Besides that there was the occasional general strike when everything would shut down.

Or teacher’s strikes that would close schools for months. 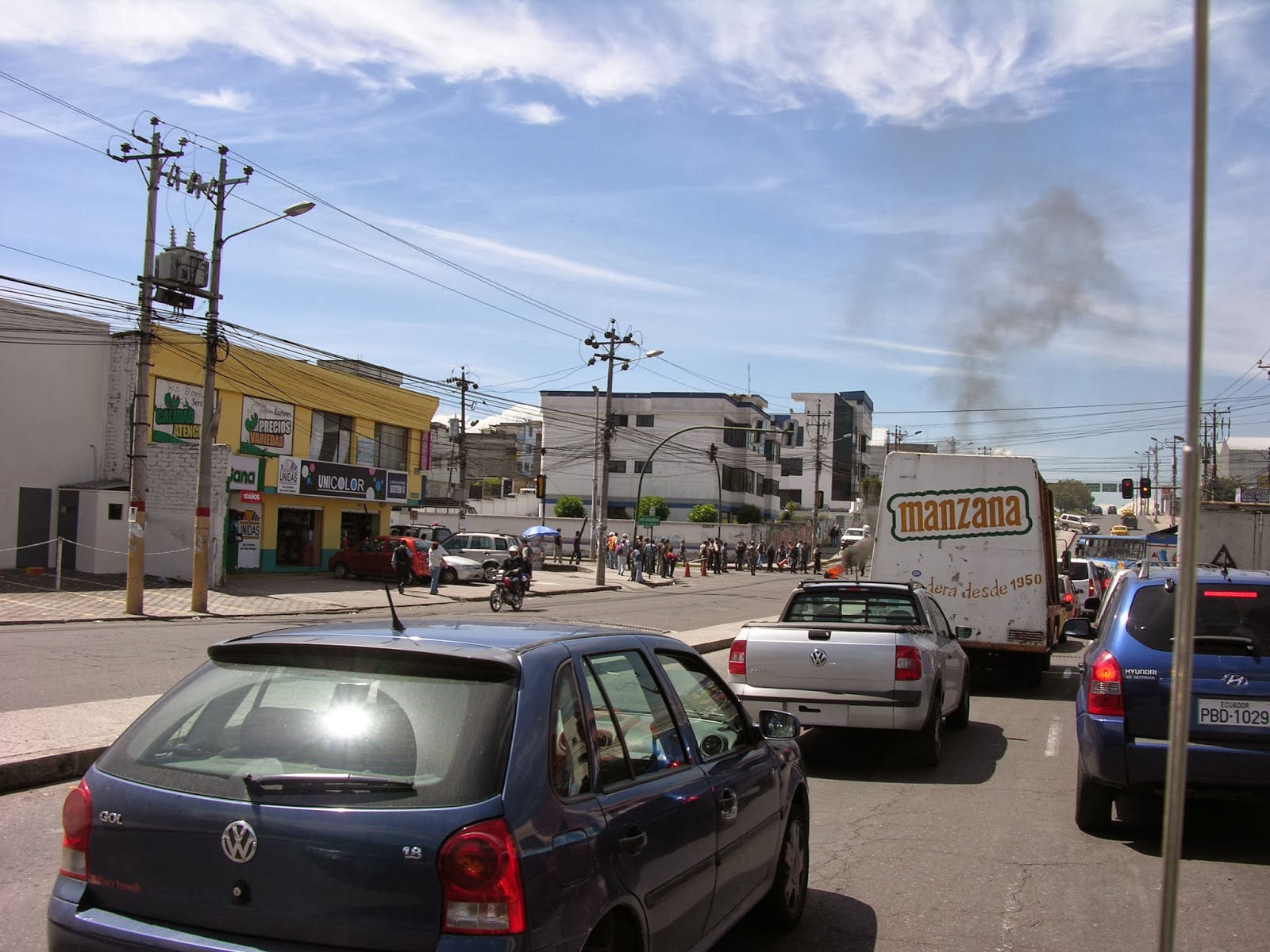 Or motorist strikes that would close the roads.

Or indigenous people’s strikes when they would try to take over the capital or the mayor’s house or just cause general unrest, violence and loitering.

Of course there were the strikes when people would fight against police and the army and conquer oil pumping stations.

Or the one strike where the police went on strike and took the president hostage.

Here are the best and most memorable strikes of my time in Ecuador. 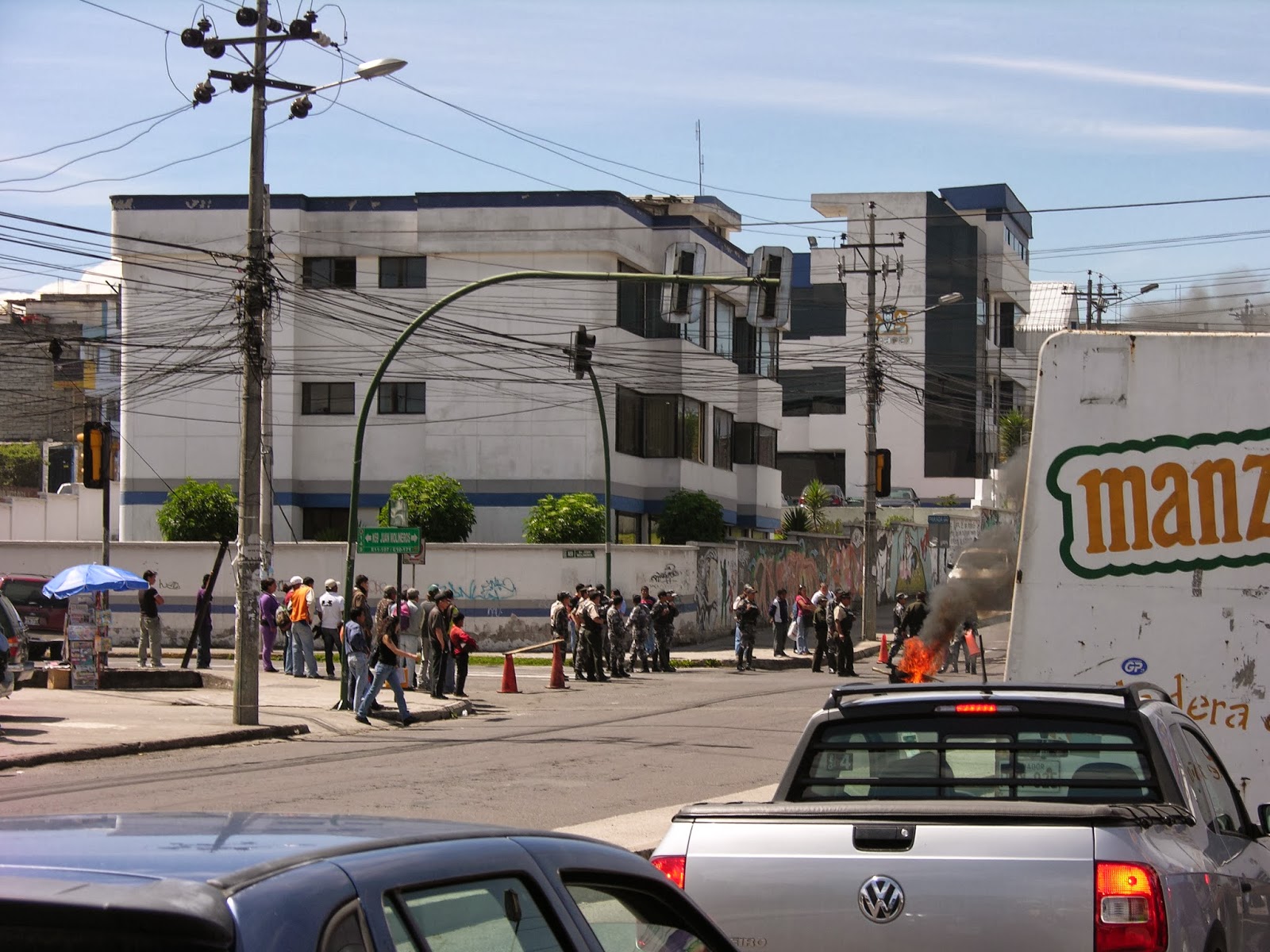 1. 1996-1997 General strikes
Months of teachers’ strikes with no school. The teachers wouldn’t work because they didn’t get paid.
Motorist strikes where bus and truck drivers closed the big roads and wouldn’t let the traffic flow from one part of the country to another.
Yellow fever, the taxi drivers closed the roads inside the cities with their taxis and played volleyball on the streets.
Student strikes, the university and high school students went to the streets to join to the strikes causing civil unrest and destruction of property.
Indigenous strikes, the indigenous people organized marches to the Capital closing the roads, throwing stones to the cars trying to circulate and caving huge holes to the roads. In Quito they camped in the parks and caused civil unrest.
Everything ends when the president is declared mentally instable. His vice-president declares herself the next president, nobody could care less. The house of representatives chooses their leader as the next president.
This was my first strike in Ecuador and I learned many important strike survival skills. Like when police comes running towards you, stand still, show your camera and give them your best: I’m just a tourist smile.
A friend of mine who was in HS during this time was arrested and tortured for two weeks before he was set free.
Strike tip, make sure you look like a tourist. 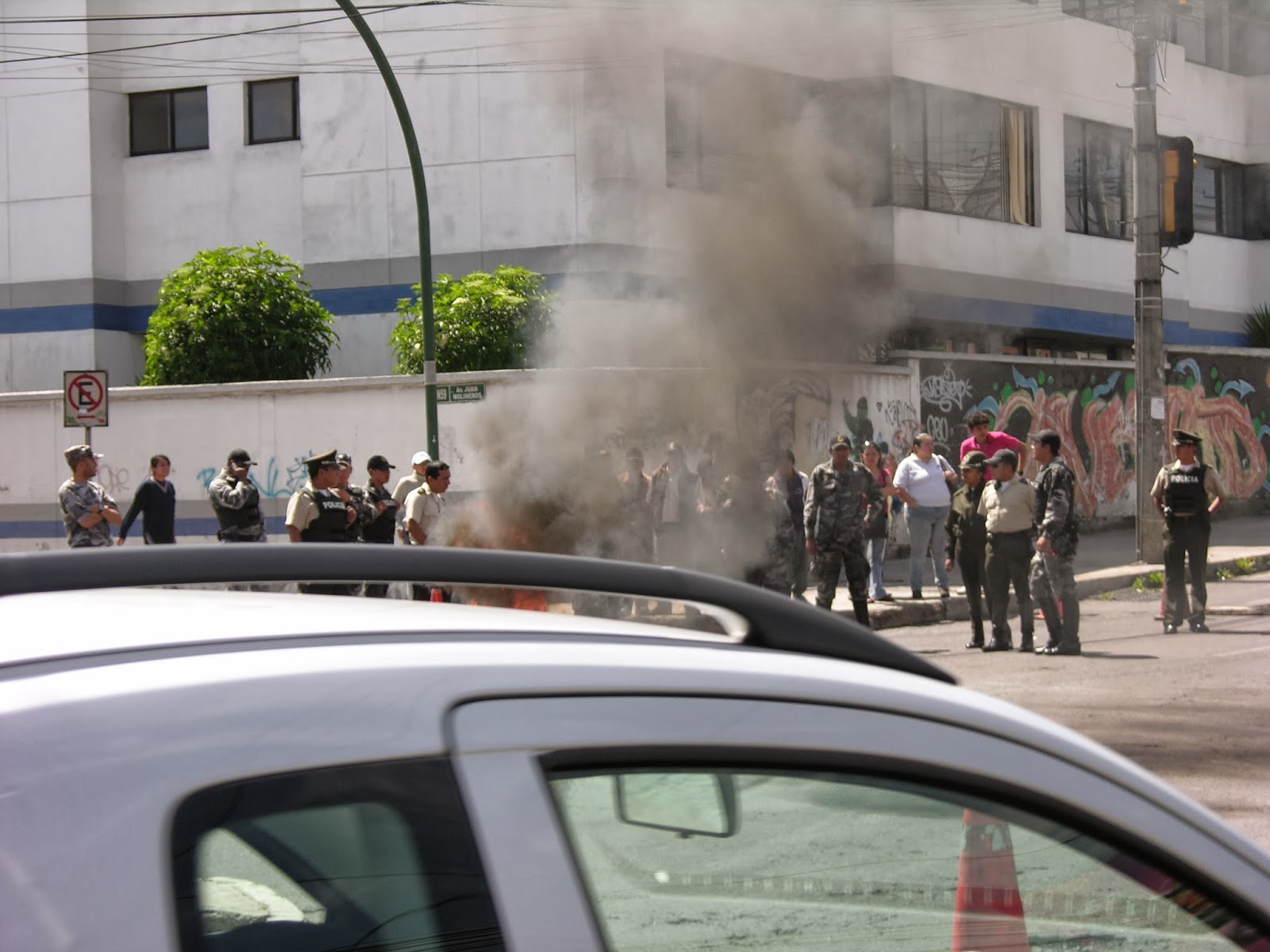 2. 2000 Bank crisis
President Jamil Mahuad changes Ecuador’s money denomination from Sucre to Dollar.
People go the streets with many similar effects as in the strike before.
The civil unrest rises and the indigenous people march on the streets.
In Ibarra people are afraid of indigenous people living in Otavalo (town next to Ibarra) and in the communities around.
In Otavalo the indigenous people stormed the mayor’s building and took army personnel and police officers sent to quiet down the situation as hostages.
An army coronel throws the president away, he flees to safety and the army gives the power to a triumvirate who retires the next day and give the power to the vice-president.
My sister’s mother-in-law takes her broom and runs to the Quito’s old center where presidential palace is to clean up the city and throw the president out.
I learn what are the Miguelitos, huge nails pushed through a piece of car tire and left on the road to pinch the tires of people brave enough to circulate.
Strike tip, tie branches with leaves to your car to make sure they clean the road before you drive during a strike. 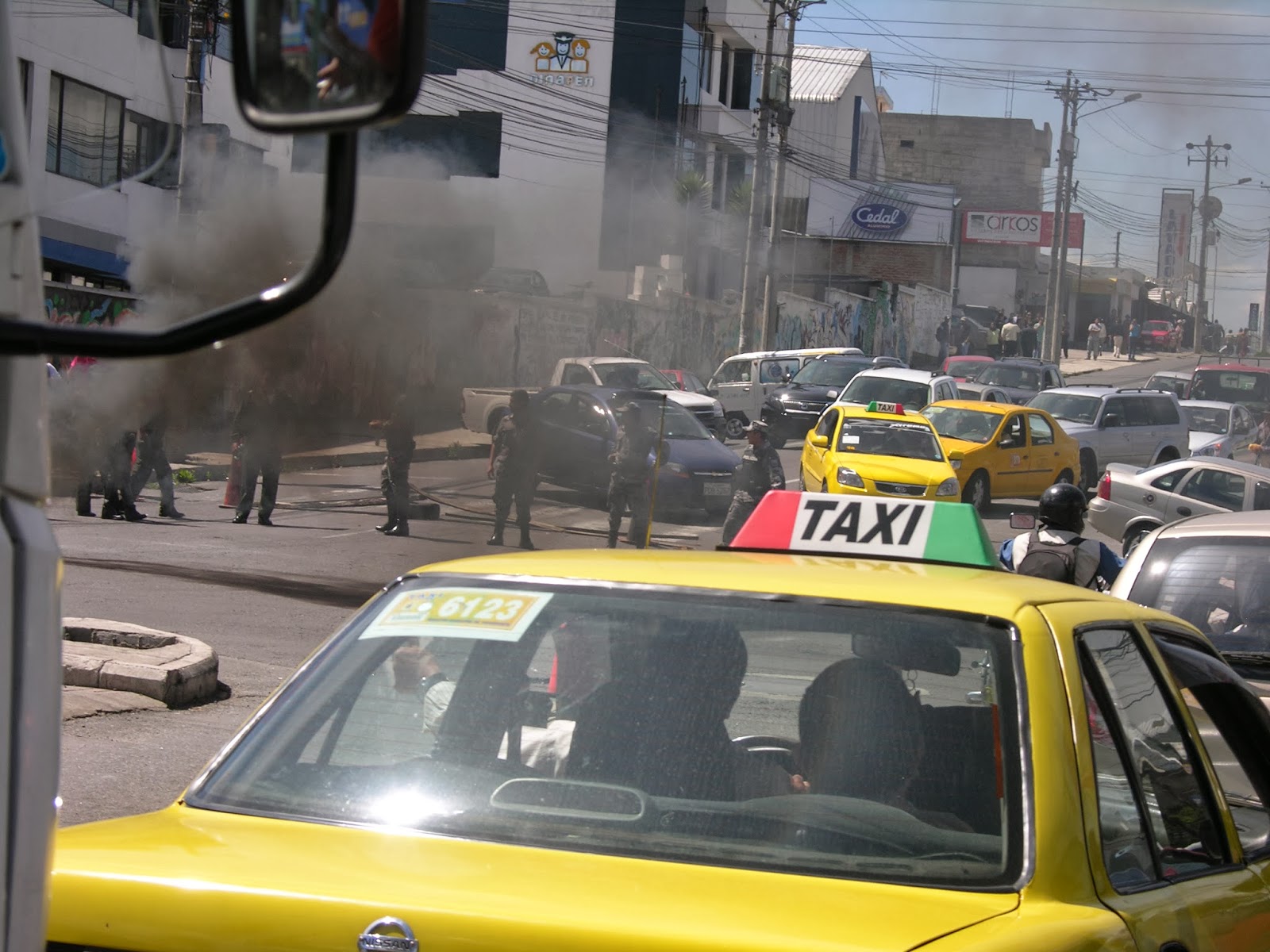 3. 2005 “I will not leave”
Coronel Lucio Gutierrez who was responsible for the army rising (and sort of rebellion) in 2000 is elected president in 2002.
There are several strikes during his presidency and he is incredibly unpopular in the Capital city of Quito.
My personal favorite is Caserolazo or Kettle Strike where mostly old women went to street banging kettles (where the name comes from) together and demanding the president to renounce.
People in Baeza, where I was living and working, get fed up with the politics and storm an oil pumping station. A friend of mine is shot in the kneecap and injured. Army takes over Baeza living on the football stadium and there is a curfew.
The president declares that he will not leave his palace if they don’t kill him first.
Finally he is caught on tape running on Quito Airport’s airstrip with his cousin and big suitcases. One of the suitcases opens and the money flows through the air. His cousin throws the empty suitcase away and runs after the little airplane.
Angry people run through police and army security to the Airport and the airplane is unable to get to air. Gutierrez has to be flown to Brazilian embassy where he hides.
Strike survival tip, remember to bring tobacco with you and smoke it if someone throws tear gas at you. It will help you to breath. You can also ask someone to blow it your eyes, that way you won’t tear up as bad. 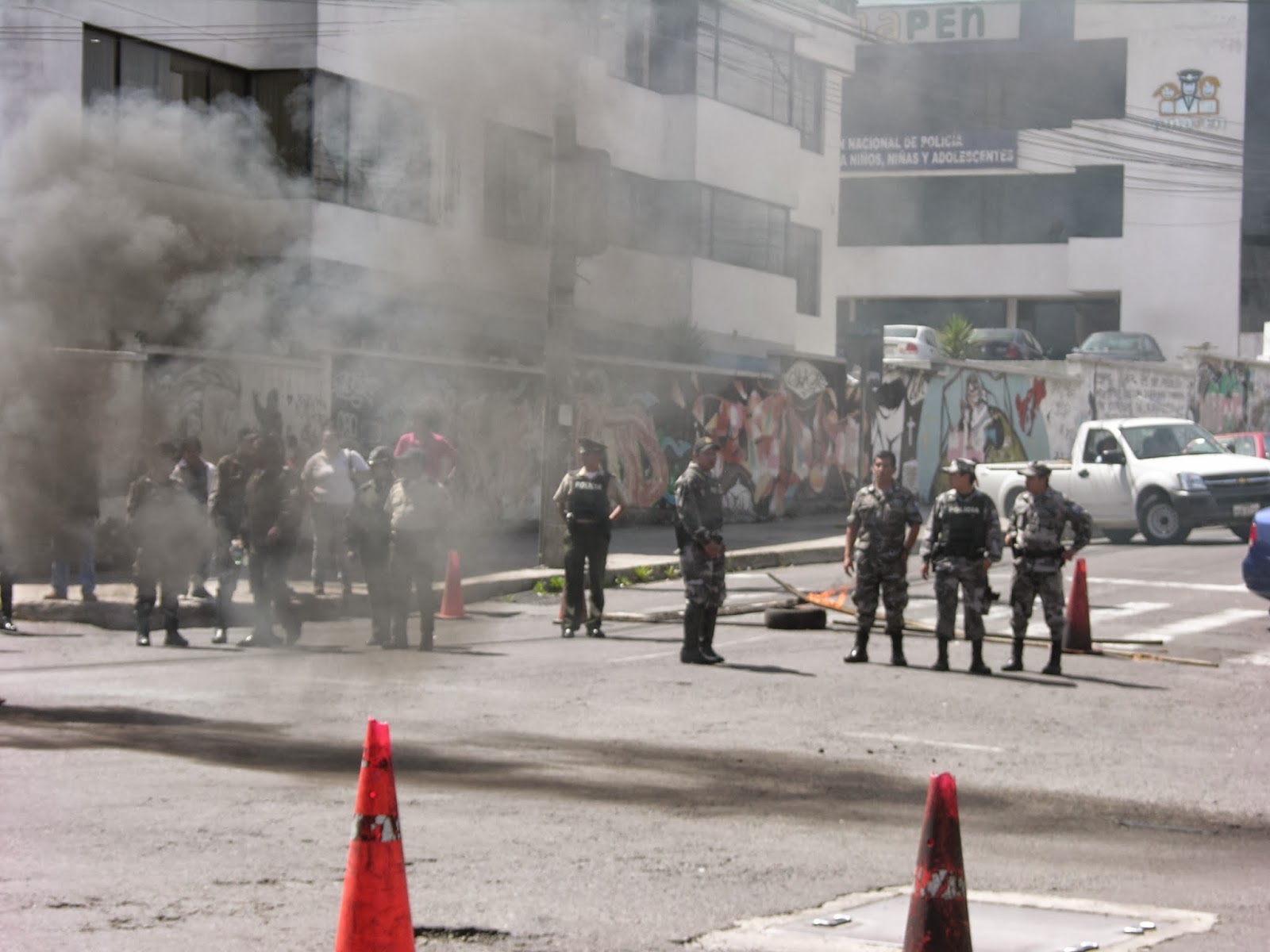 4. 2010 Police strike
Popular president Rafael Correa decides to take away some of the army and police personnel’s’ special perks.
Angry police goes to strikes flocking to the streets, burning tires and protesting together with students. The police usually runs after the student protesters but now they celebrate their unity in the strike.
Police takes the president hostage and several people are shot during the hostage situation, including passers-by and journalists.
People take over the airport and police and army throw tear gas to my son’s school that is right next door. His classroom window breaks when a tear gas grenade is thrown inside.
I drive through police strikes, burning car tires and wrong way in one way streets to get him home from school.
Strike survival tip, when in strike make sure you’re driving a big car and really fast. 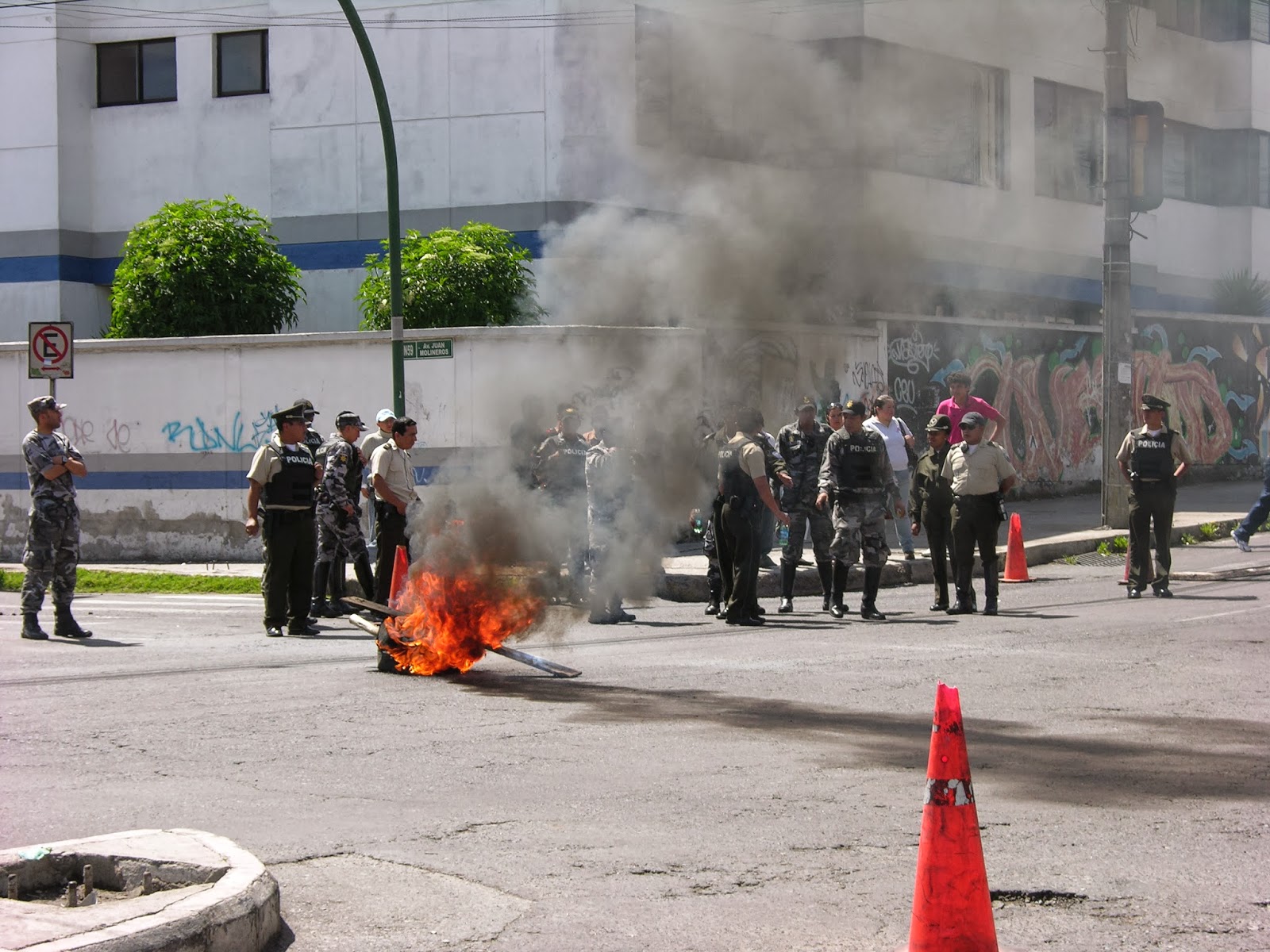