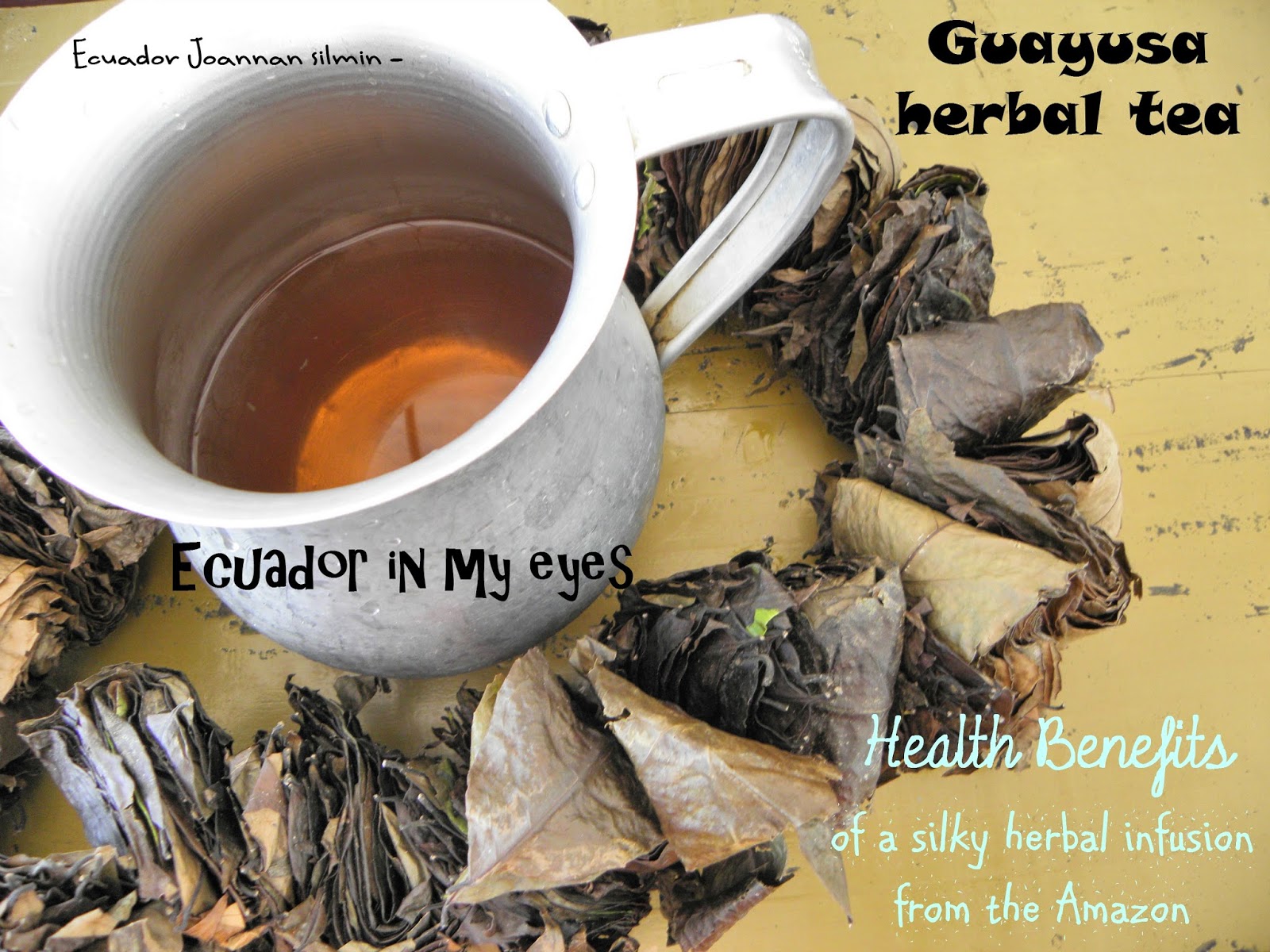 GUAYUSA (gwhy-you-sa) is a rare, naturally caffeinated herbal infusion produced from the leaves of a holly tree native to the Amazon Rainforest of Ecuador.

Technically Guayusa is not tea.

It is produced from the leaves of a caffeinated Amazonian holly tree (Ilex guayusa) and is not related to the tea plant (Camellia sinensis) that produces green and black tea.

Guayusa (Ilex guayusa) is the Amazonian cousin of Yerba Mate (Ilex paraguariensis) that is from the Atlantic Rainforest in and around Argentina.

Both are caffeinated rainforest holly trees; however, Yerba Mate has a strong bitter flavor while Guayusa has a smooth taste.

Guayusa has been part of Amazonian culture and cultivation for over 2000 years, treasured for its unique balance of caffeine, antioxidants, vitamins, amino acids, and its energizing effect that is similar to that of coffee and yerba mate.

Guayusa does have caffeine, but is also composed of other stimulating “methyl xanthine alkaloids,” theophylline, also found in green tea, and theobromine, the stimulant in dark chocolate that provides a soothing feeling.

Guayusa is a unique stimulant offering a balanced energy lift. 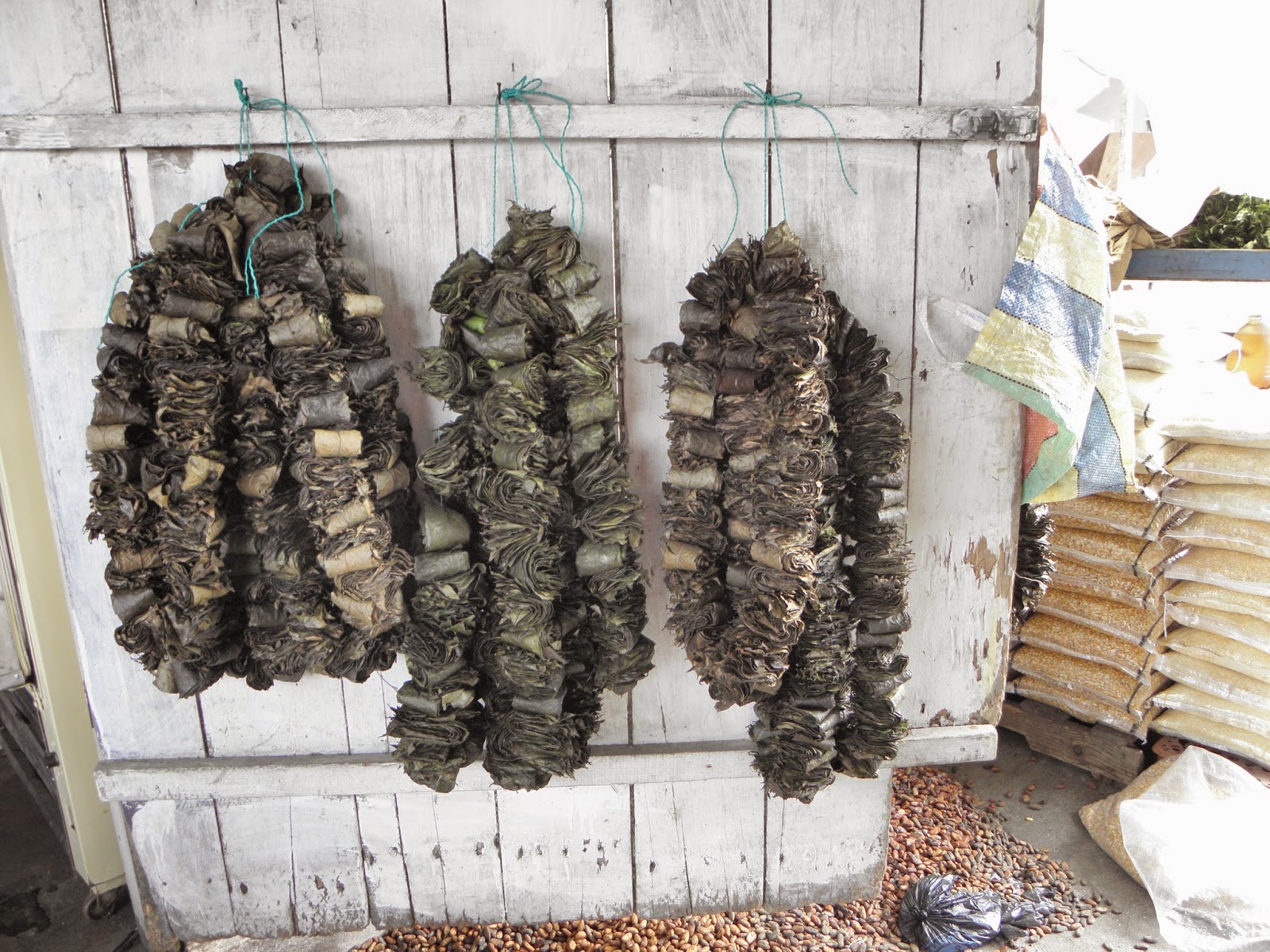 In studies of Guayusa, this tea has been found to contain 50% more anti-oxidants than green tea with the second highest ORAC score of any other food product tested.

Tests have also shown Guayusa to contain 90 mg of caffeine/ 8oz cup making it the second most caffeinated plant on earth next to coffee but with many more health benefits.

One of the most important findings of this study was the synergistic effects of Guayusa’s unique blend of Theobromine (also found in high quantities in dark chocolate), Theophyline, vitamins C and D, essential minerals Potassium, Magnesium, Calcium, Zinc, Chormium, caffeine and all 15 essential amino acids (most importantly Leucine, which is not synthesized in our bodies and is needed to repair and build muscle tissue).

Many people find drinking Guayusa both relaxing and stimulating at the same time.

This blend produces a smooth, sustained energy without the crash and jitters often associated with coffee.

Unlike coffee, Guayusa has been found to balance the body’s PH and sugar levels, detoxify the blood, and to improve the functioning of the kidneys and urinary tract.

It also improves the digestion and elimination while strengthening the lungs, removing cholesterol and lowering blood pressure.

Guayusa is grown almost exclusively in the upper Amazonian region of Ecuador.

It grows where the Andes Mountains meet the Amazon Rainforest, one of the most biodiverse regions in the world.

Guayusa is harvested from trees that grow under the shaded canopy of the rainforest setting, giving local farmers an economic incentive to conserve the rainforest. 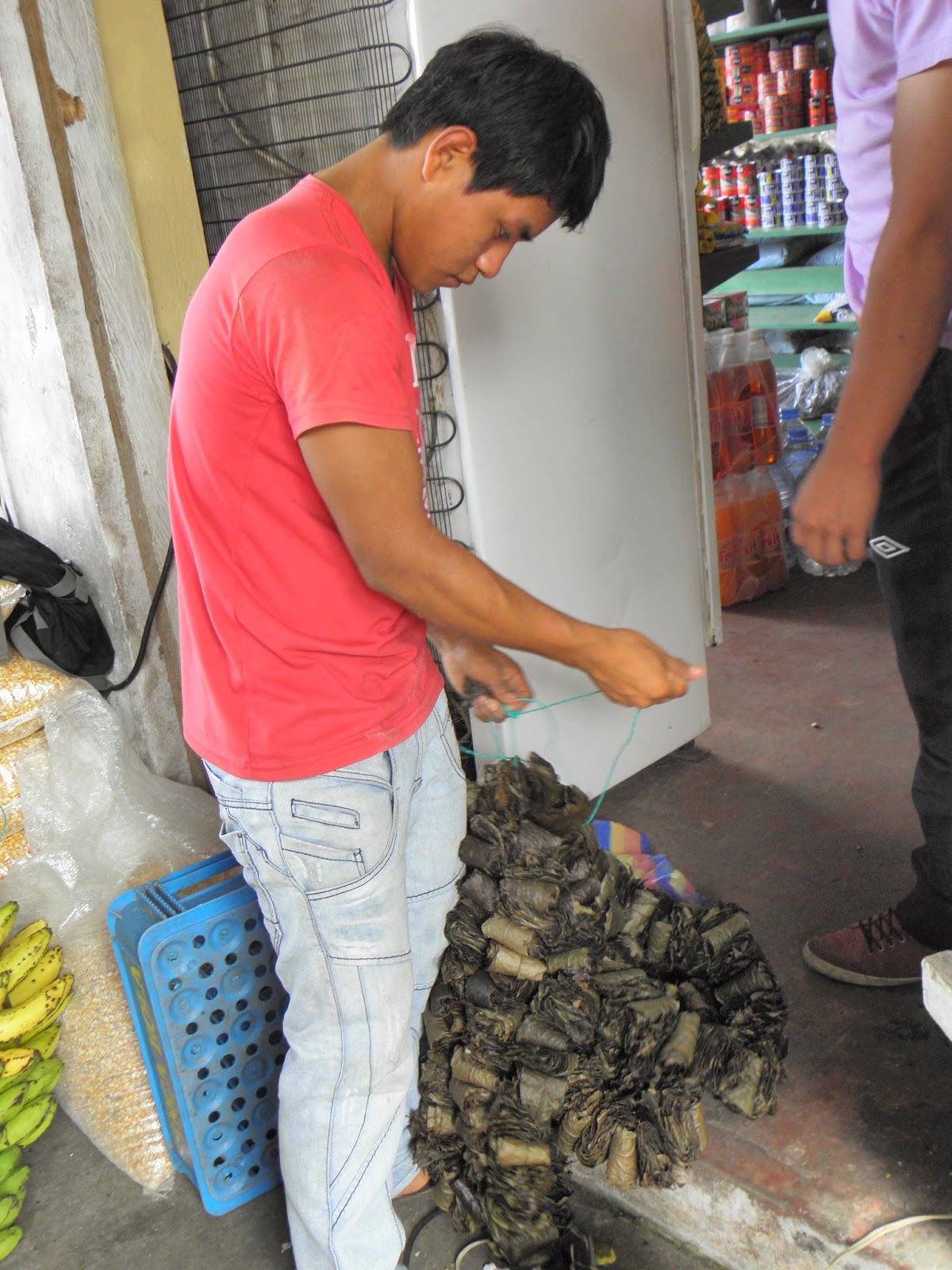 Guayusa and the Amazonic Kichwa culture

Guayusa has been part of the Amazonian culture and cultivation for thousands of years.

Traditionally, indigenous families of Ecuador wake up at 3 a.m. daily to sit around the communal fire drinking gourds full of Guayusa tea until sunrise.

During this time, the village elders teach the youth about ancestral myths, hunting techniques and social values.

The shamans interpret dreams from the previous night, and make recommendations to guide the community and help them live in harmony with the rain forest.

Hunters also drink Guayusa before nighttime hunting trips in order to heighten their senses of awareness and focus.

According to the traditions drinking Guayusa enables them to get more in touch with the surrounding environment, allowing them to hunt safely in the jungle.

For this reason the Guayusa is known as “The Night Watchman”.
Guayusa is grown on small family farms and hand-picked by local farmers from the rich soil under the canopy of the Amazon Rainforest.

It serves to not only make a difference in the lives of Ecuadorians through income generation, but also helps conserve the rainforest. 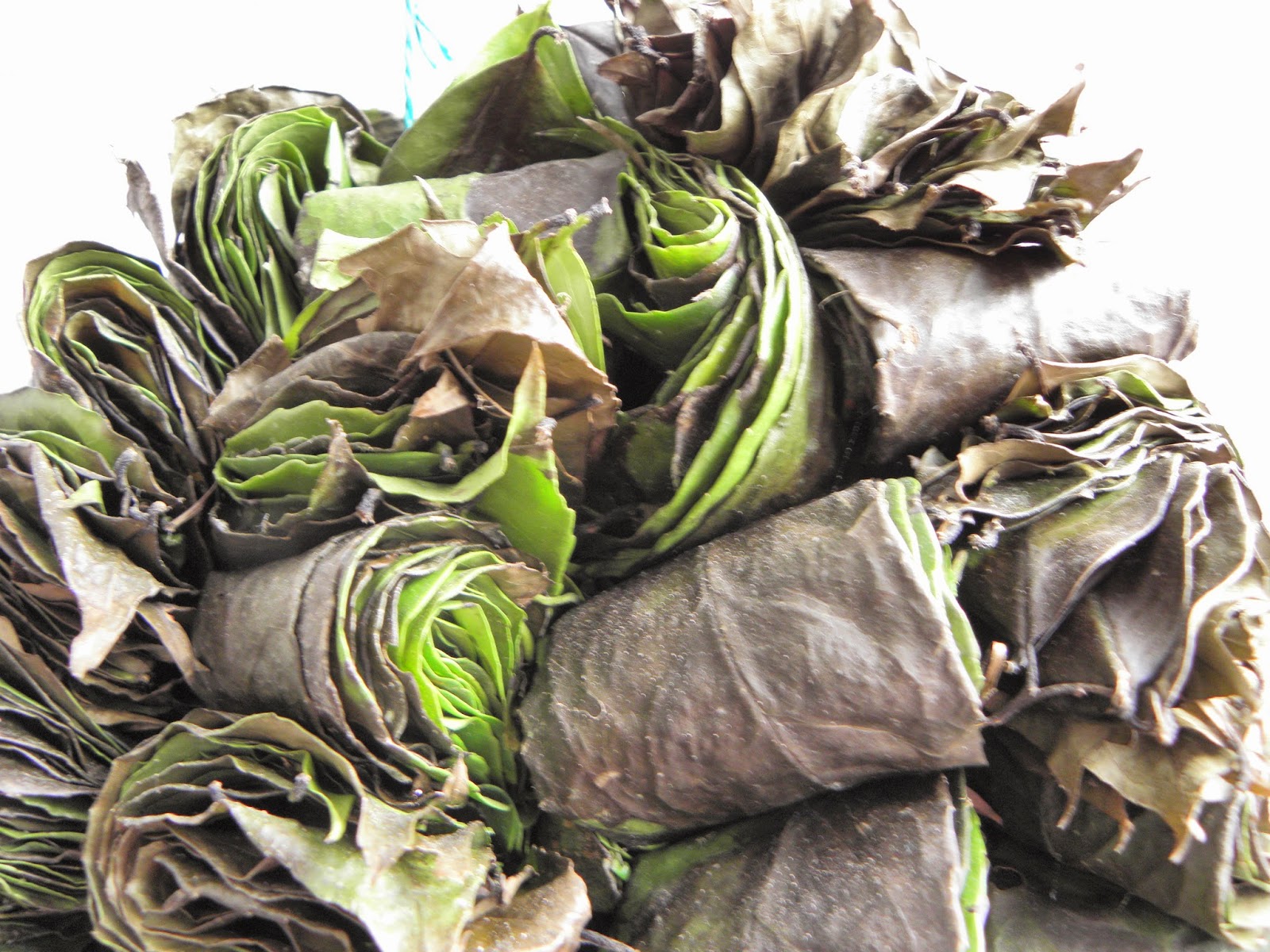 Guayusa is organically grown in the shade, protected from intense sun and rooted in the rich ecosystem of the rainforest; guayusa creates a profitable alternative to slash-and-burn and clear cutting agricultural methods.

It can also be grown with other food, fruit, timber and medicinal plants to create biodiverse and ecologically healthy agricultural plots that allow local farmers to thrive and generate a sustainable livelihood for the community.

Local Kichwa tradition also says that Guayusa is excellent for because it can help you to get bregnant and for men because it gives you extra potency.

I personally have noticed that if I sleep Guayusa before going to bed, I won't sleep very well, so I prefer not drinking it after dinner.

Don’t let it boil too long, as it will boil away the flavor releasing oxygen and result in a flat tasting cup of tea.

Pour boiling water on leaves and steep for 4-7 minutes, or longer for a darker brew.

Use 2 grams of loose leaf Guayusa per 8 oz of water. 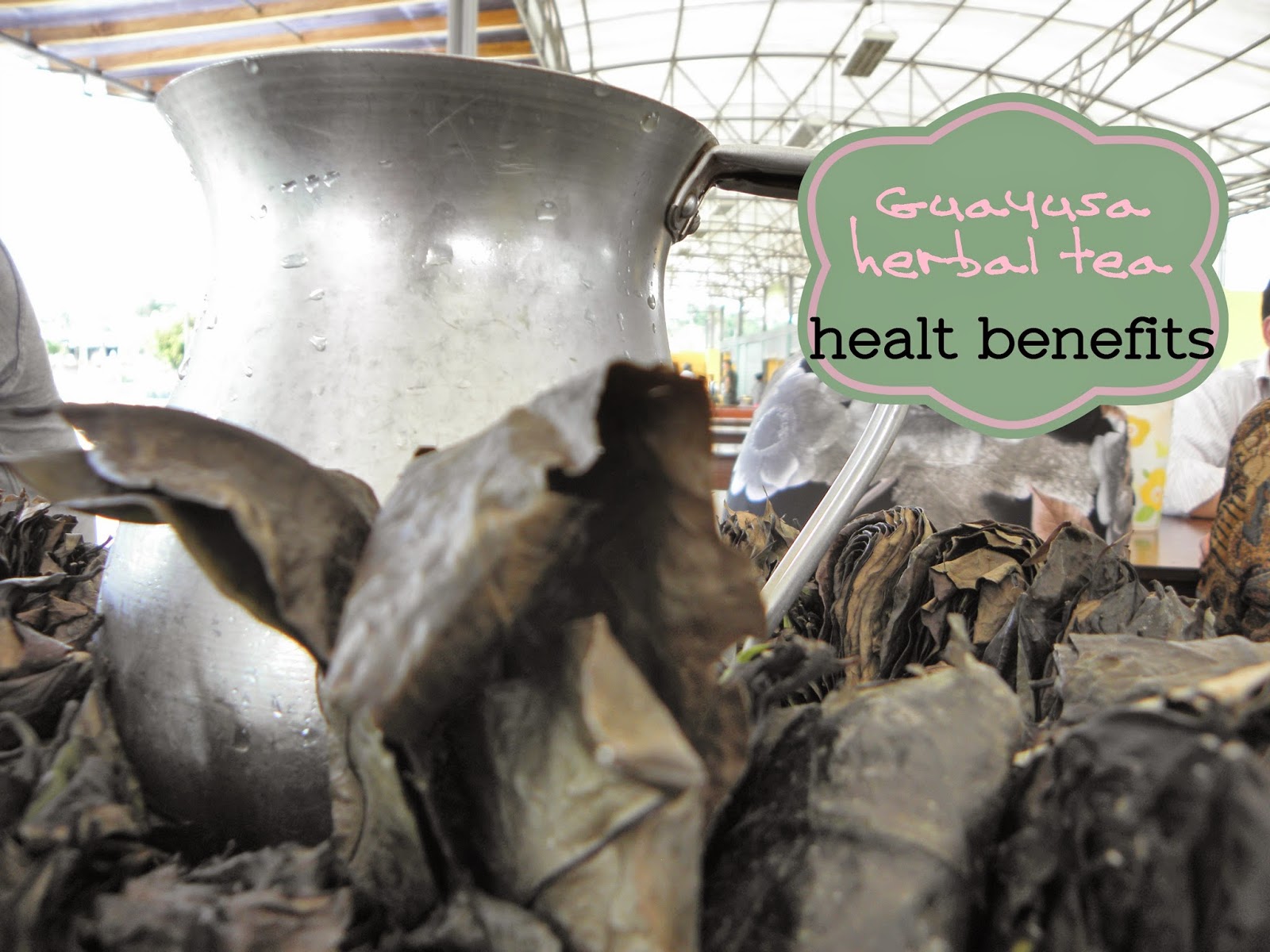 Email ThisBlogThis!Share to TwitterShare to FacebookShare to Pinterest
Tunnisteet: Guayusa herbal tea from the Amazon, health benefits of Guayusa, how to prepare Guayusa
Sijainti: Archidona, Ecuador