To the strangers and aliens 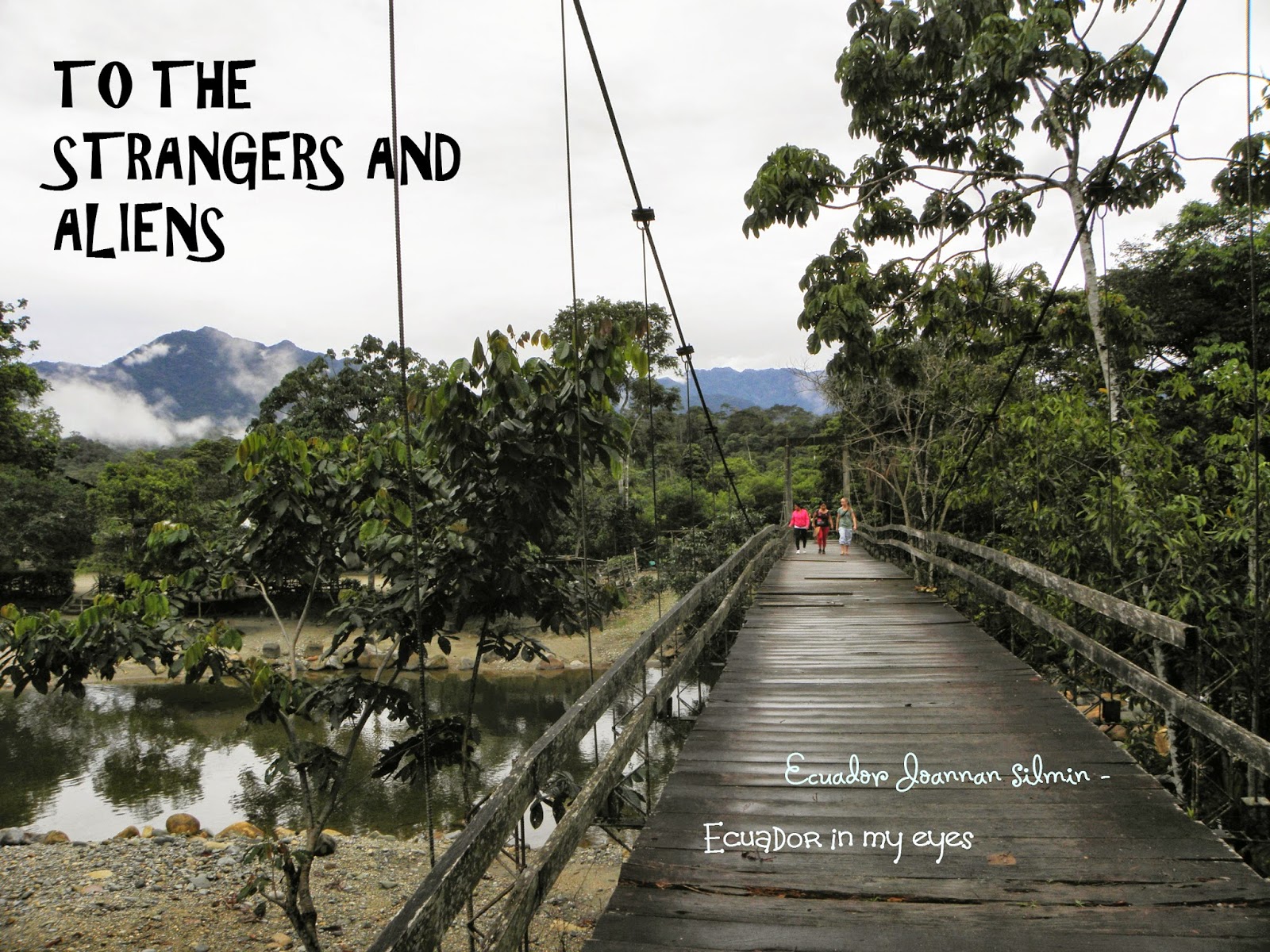 God promised to Abraham to bless all the nations of the world.

He took care of the Egyptians by giving the Pharaoh dreams.

To the nation of Israel He gave the law, so that all the other nationalities could see what is goodness and wisdom.

God sent Daniel to the king of Babylonia, so he could learn the language and culture of Chaldea.

And so that Daniel could lead the king of this alien nation in knowledge and truth.

Jonah did not want to go warn the people of Nineveh but God worried about the strangers on that strange land.

Isaiah prophesized about a Messiah who would be the light to all the nations.

In the times of Jesus’s birth the nation of Israel had forgotten the words of prophet Amos.

“Are you Israelites more important to me
than the Ethiopians?” asks the Lord.
“I brought Israel out of Egypt,
but I also brought the Philistines from Crete
and led the Arameans out of Kir.

This is why Matthew in his evangelism reminded the readers about God’s original plan.

Among the ancestors of Messiah can be found mothers from other nations.

Jesus is celebrated by strangers, wise men that came from other countries.

He praised the great faith of the alien women who begged the crumbs under the table of the children of Israel.

28 She replied, “That’s true, Lord, but even the dogs under the table are allowed to eat the scraps from the children’s plates.”

Paul explains to Romans that the Gentiles, the alien nations and strangers, have been grafted in the Abraham’s tree.

Now we also receive the same blessing that God has promised Abraham and his children.

17 But some of these branches from Abraham’s tree—some of the people of Israel—have been broken off. And you Gentiles, who were branches from a wild olive tree, have been grafted in. So now you also receive the blessing God has promised Abraham and his children, sharing in the rich nourishment from the root of God’s special olive tree. 18 But you must not brag about being grafted in to replace the branches that were broken off. You are just a branch, not the root.

God still sends us to the strangers and to the aliens.

He still wants us to go to foreign countries and to other nations and make all the people His own.

18 Jesus came and told his disciples, “I have been given all authority in heaven and on earth. 19 Therefore, go and make disciples of all the nations, baptizing them in the name of the Father and the Son and the Holy Spirit. 20 Teach these new disciples to obey all the commands I have given you. And be sure of this: I am with you always, even to the end of the age.”

It is not easy to encounter the strangers and the aliens.

As humans we prefer the people that we know, and the culture and customs we are familiar with.

Everyone remembers the Golden Rule, but Jesus exhorted us to do even more as Christians.

We are to love our enemies and do good to the people who hurt us first.

We are to lend them, and not expect them to be repaid. 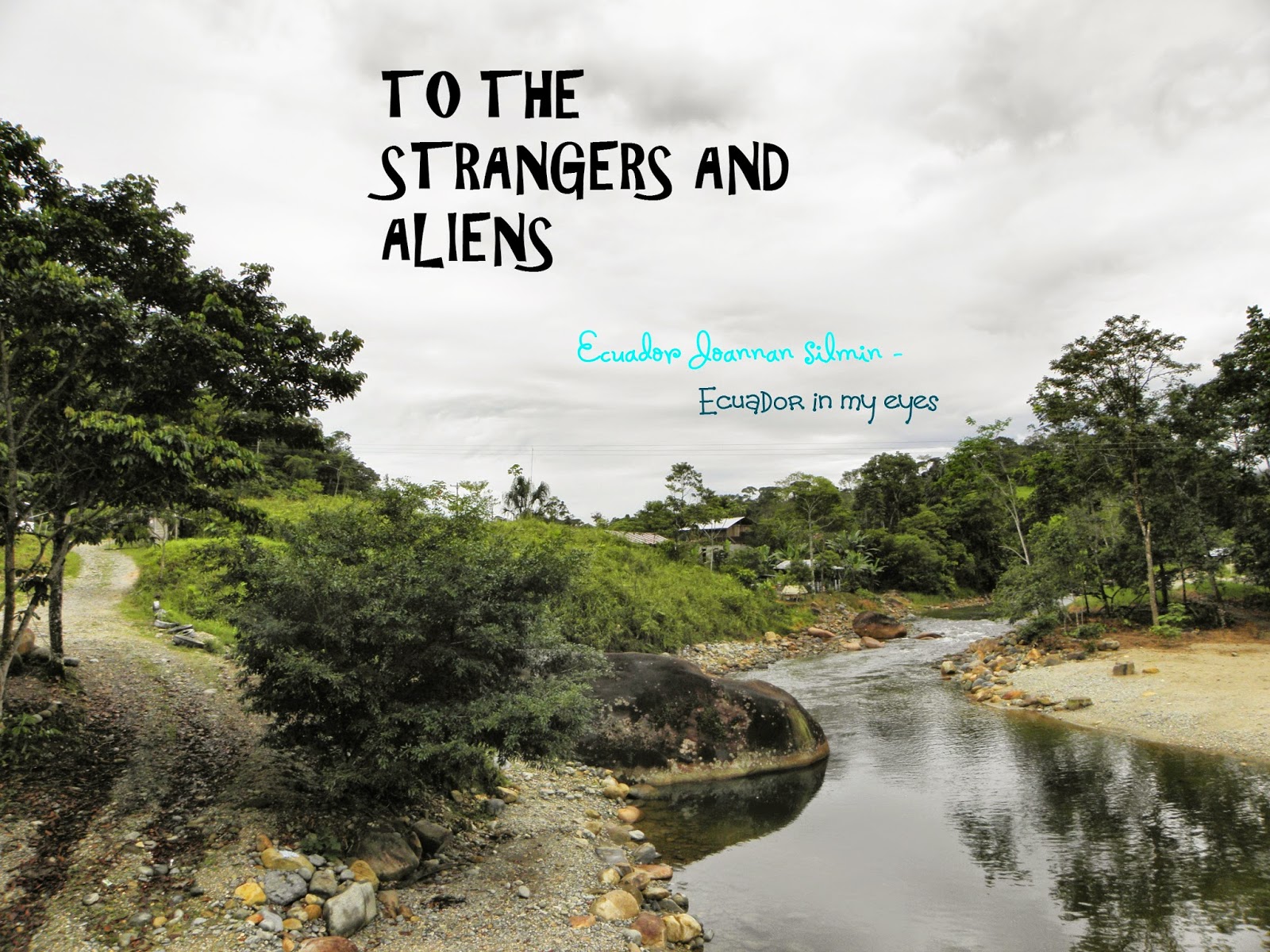 Email ThisBlogThis!Share to TwitterShare to FacebookShare to Pinterest
Tunnisteet: be good to aliens, bring God's word to the strangers, reat well those who treat you badly, treat foreigners as well as your own
Sijainti: Tena, Ecuador