Not all cacao are made equal - Wednesday Facts 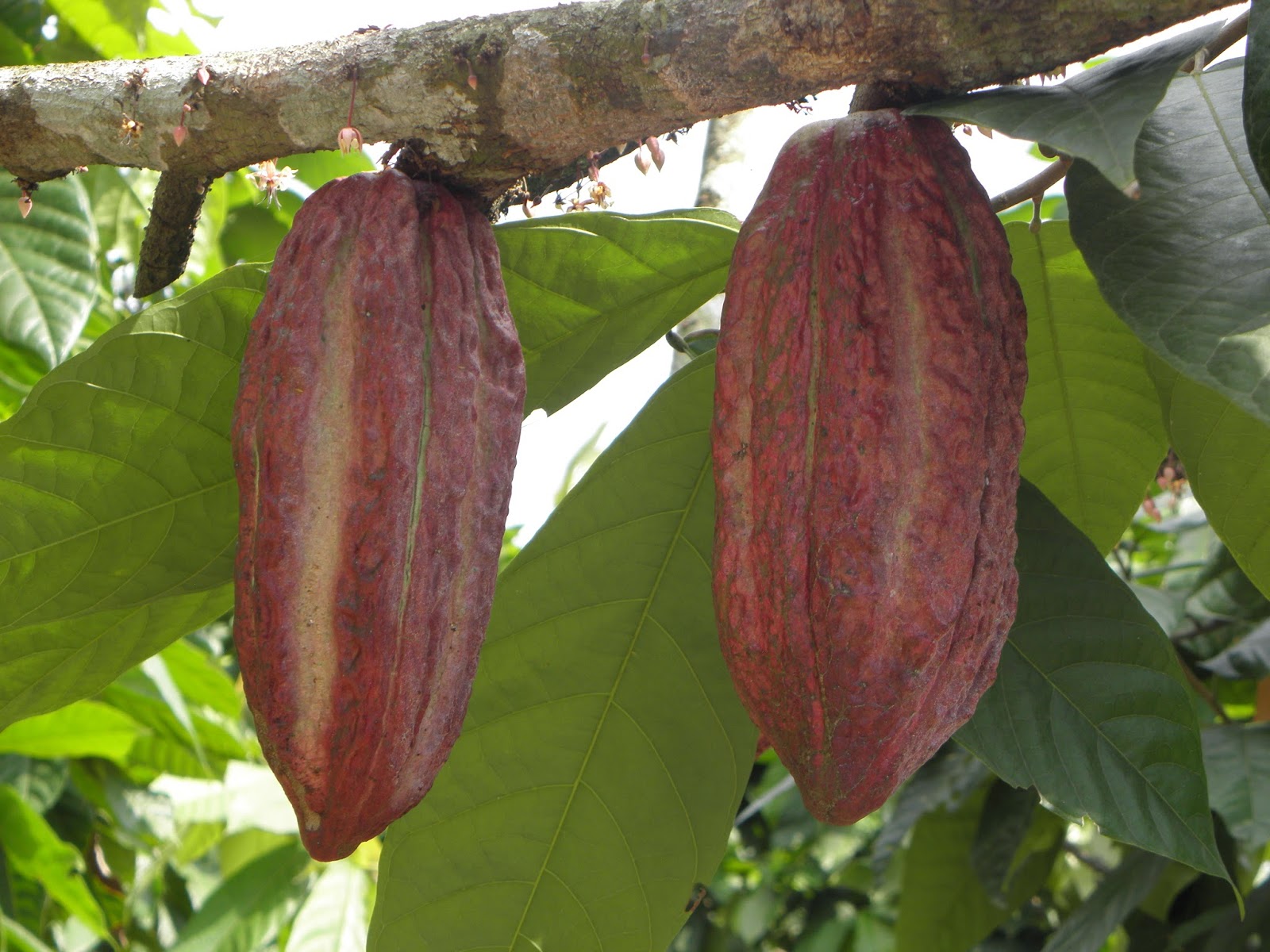 Most of us associate the word “cacao” with chocolate or hot cocoa.

But cacao is a bit more complicated than that.

Not everybody knows that cocoa is not equal cocoa.

As it happens with wine, there are special types and they are different depending on the region.

The cocoa beans from Ecuador are very famous for its specific fine aroma, they even have a separate class worldwide: Arriba cocoa.

Theobroma cacao also cacao tree and cocoa tree, is a small (4–8 m (13–26 ft) tall) evergreen tree in the family Malvaceae, native to the deep tropical regions of Central and South America.
Its seeds, cocoa beans, are used to make cocoa mass, cocoa powder, and chocolate.
Cacao trees leaves are alternate, entire, unlobed, 10–40 cm (3.9–15.7 in) long and 5–20 cm (2.0–7.9 in) broad.
The flowers are produced in clusters directly on the trunk and older branches; this is known as cauliflory.
The flowers are small, 1–2 cm (0.39–0.79 in) diameter, with pink calyx.
While many of the world's flowers are pollinated by bees or butterflies/moths, cacao flowers are pollinated by tiny flies.
The fruit, called a cacao pod, is ovoid, 5.9–11.8 in long and 3.1–3.9 in wide, ripening yellow to orange, and weighs about 1.1 lb when ripe.
The pod contains 20 to 60 seeds, usually called "beans", embedded in a white pulp.
The seeds are the main ingredient of chocolate, while the pulp is used in some countries to prepare refreshing juice, smoothies, jelly, and nata.
Each seed contains a significant amount of fat (40–50%) as cocoa butter.
Their most noted active constituent is theobromine, a compound similar to caffeine.

2. Cacao has long roots in Ecuador

While the Egyptians were building pyramids, the Druids were hauling blocks to Stonehenge and the Chinese were mapping out their wall, Ecuadoreans were making drinks.
But what they were imbibing may well have had a bigger impact on the world than those other ancient wonders combined.
Chocolate was once thought to have originated with Mesoamerican Mayans around 1,900 B.C.
But in 2011, archaeologists discovered evidence that it may have come from Ecuador.
They found traces of theobromine—a compound found in cacao beans, the raw material for chocolate—on 5,300-year-old pots in a southern province of the country.
Around the same time, an heirloom variety of cacao, called Nacional, was found growing wild about 300 miles south, in northern Peru.
The beans, prized for their pure flavor, dominated Ecuador's chocolate market before disease struck in 1916, eliminating 95% of the species.
During the last years Ecuador has been fighting its way back to the top position number 3 as cacao producer on the global market and about 30% of the cacao is sold to the German speaking market where about an average 10kg of chocolate made with Ecuadorian cacao is consumed per person each year.
Most of the cacao farms are very small and run by families with little knowledge about farming and are mostly located in the provinces Los Rios, Guayas, Manbi, El Oro, Esmeraldas and Sucumbios.

3. Ecuador exports about 65% of fine cocoa produced in the world

Its main feature is a unique floral flavor unmatched in the world.

"Fine" or "flavour" beans, the top-quality varieties used in gourmet products because of their superior taste, account for only 5% of the world's cocoa production, but demand is increasing.
Much like wine, chocolate reflects the flavors of the region where cocoa beans are grown, and how they are dried and fermented.
Over the last decade, as the demand for more flavorful cocoa has risen, Ecuador has emerged as the pre-eminent exporter of fine beans.
The number one cacao brands in Ecuador are National or Arriba.

Ecuador is a huge cacao plantation and several farms, haciendas and small chocolate factories are open for tourists.
Travelling in Ecuador you could start the cacao route in the capital Quito and visit for example “Ecuatoriana de Chocolates” who produces a wide variety of exotic chocolates or “Pacari” specialized in producing dark chocolate.
Along the Amazon Region you will also have plenty of possibilities to visit haciendas and farm until you get to the south of Ecuador close to Guayaquil where you could visit “República del Cacao” and the “Hacienda Cañas” who offer tours along the plantation and demonstration of the chocolate process.

The Kallari Association is a self-governed coalition of Amazon artists and organic cocoa producers.


Their cooperative began in 1997 with less than fifty families and has now grown to over 850 families.


Kallari has created sustainable income so Kichwa people can fulfill their basic family needs without logging their rainforests or selling their land.


Just ten years ago, middlemen kept profits for themselves and set low prices for cocoa beans.


Today Kallari communities sell as a single unit; their leaders travel to Europe and North America to negotiate prices for their harvest.

Kallari is committed to community viability and economic growth, through knowledge sharing, the preservation of Kichwa cultural traditions and natural resource conservation.


Kallari (Kahl-ya-di) is the Kichwa verb that means "to begin" or "to commence".


Kallari also refers to the beginning times, or how our ancestors used to live.


Our effort is a new beginning to empower future generations, meanwhile remembering the traditions of our Nation.


Kallari's roots go back a thousand generations, long before colonization or recent globalization.


Our lands are the Napo Province of Ecuador, where the Andes Foothills and Amazon Basin overlap.


Napo is the origin of cacao and amongst the leading biodiversity conservation hotspots in the world for amphibian, bird, insect, mammal, reptilian and plant species.


To unify our harvests from thousands of small isolated cocoa groves scattered along the river´s fertile flood plain, we carry the moist beans to collection points.


We either hike down muddy trails, push dugout canoes down river, or share the cost of hiring a canoe with an outboard motor to transit our precious harvest.


Every other week, or once a week during the peak harvest, we harvest and carry nearly 50,000 pounds of cacao to locations where Kallari staff buy the beans and then transit them to the fermentation boxes.


To create the best tasting and highest quality chocolate in the world, we start with the heirloom cacao that our ancestors domesticated, grow it in fertile alluvial soils, and interplant our groves with scores of other plant species.


Our unique cocoa varietals permit Kallari to make a world-class chocolate with less than half the sugar, a shorter roasting time, and minimal refining compared to standard chocolate. 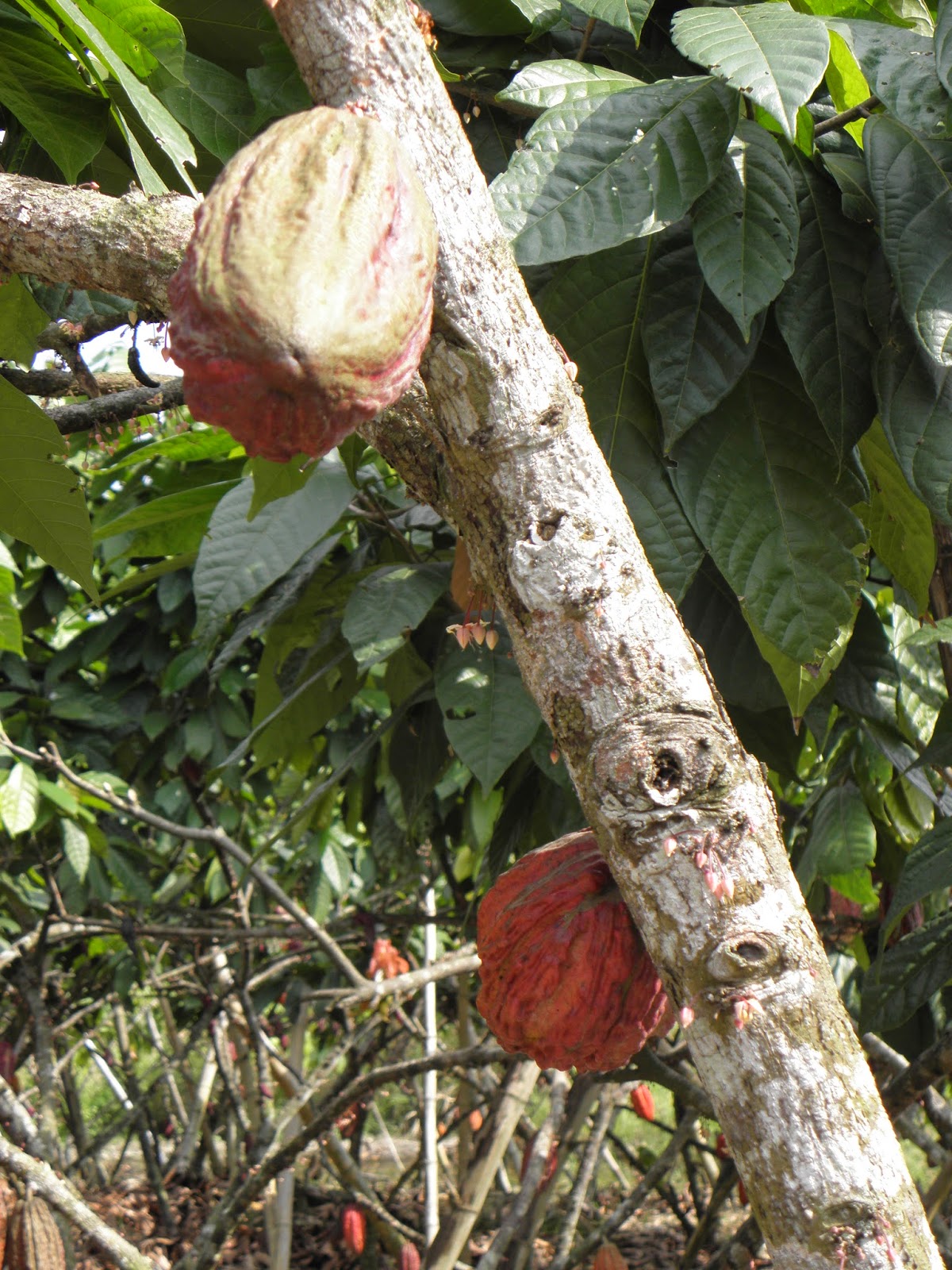