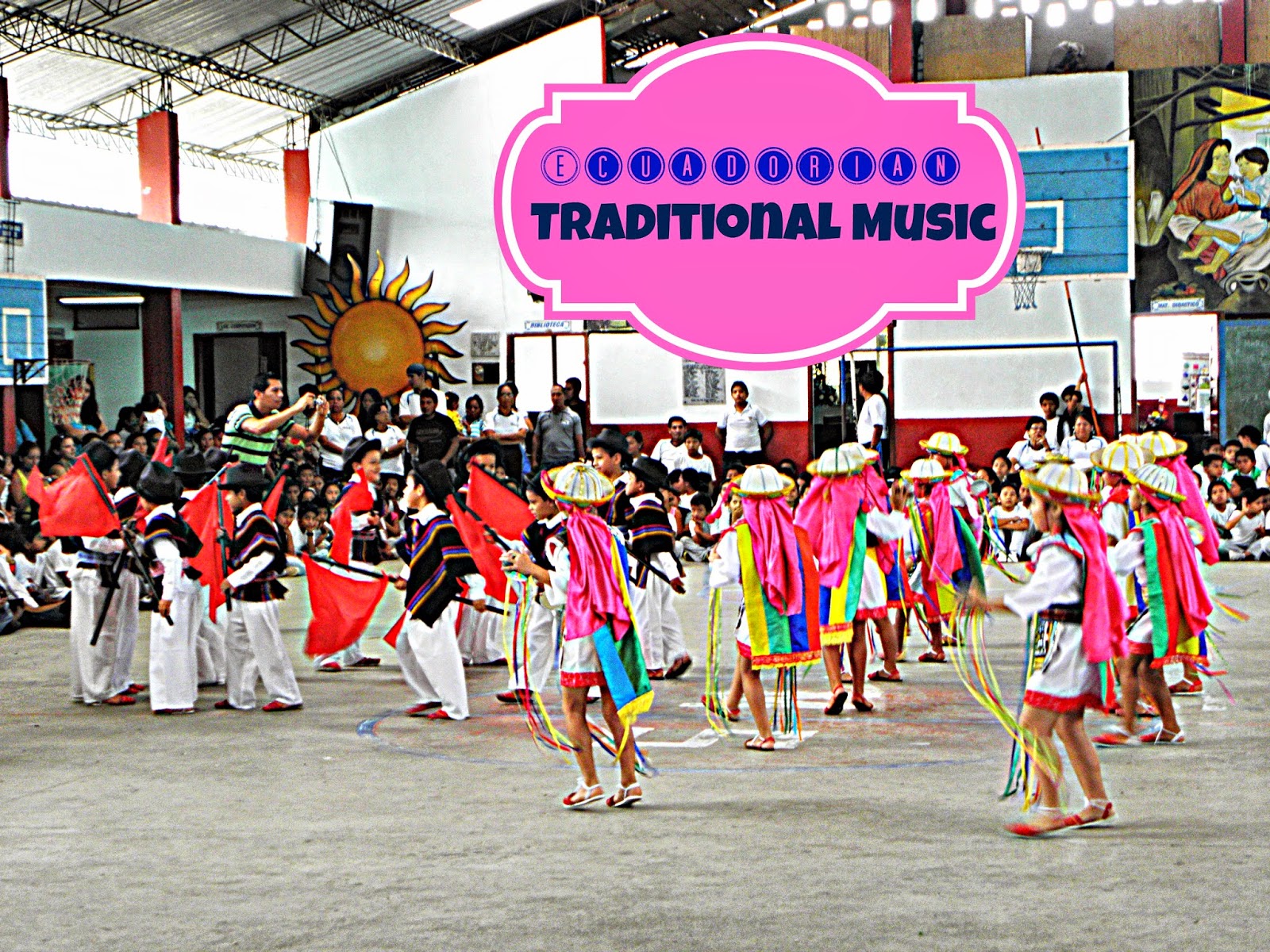 Ecuadorians love music and it is a huge part of their culture.

They love to listen to it on the streets, in homes, at parties, and on buses—if you’re traveling in Ecuador, you're going to hear plenty of different sounding rhythms from modern to traditional Ecuadorian folk music.

And they love to dance to it, there cannot be music without dancing.

Ecuador is home to a number of cultures, including the Mestizo culture and a unique blend of Afro-Ecuadorian culture.

Afro-Ecuadorians are the descendants of African slaves who worked on the coastal sugar plantations in the sixteenth century.

The Afro-Ecuadorians that are present in Ecuador today are famous for their marimba music as well as their many music and dance festivals.

Long before the Spanish had conquered Ecuador, and even before the rise of the Inca civilization, the diverse native cultures of the region had rich musical traditions. 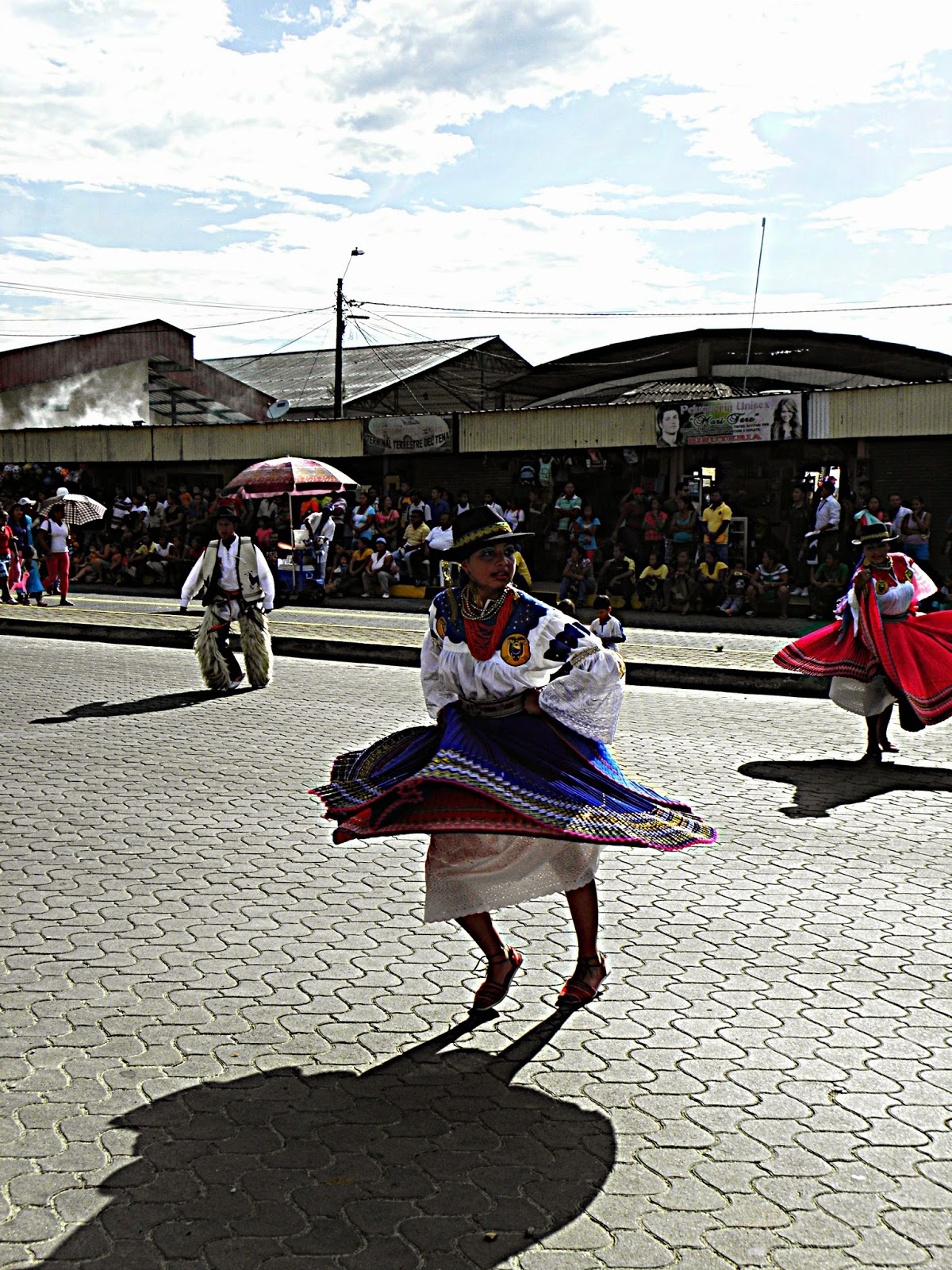 It is clear that music has always played an important role in the ancient Andean people’s lives as archaeologists have found some very old instruments, such as drums, flutes, trumpets and other musical artifacts, in ancient tombs.

In tourist areas such as Otavalo or Baños, you’re bound to encounter a native band (called a grupo or conjunto) composed of anywhere from four to 10 Ecuadorians, often dressed in native clothing, playing folkloric songs on traditional instruments.

The group is bound to have at least one guitarist, a drummer and at least one musician producing a haunting melody on a panflute, a traditional Andean instrument composed of varying lengths of bamboo lashed together.

In towns like Baños, the groups make the rounds of the more expensive tourist restaurants, stopping by and playing three or four songs, then passing the hat for tips and selling CDs of their music.

Some fancier places, such as haciendas that have been converted into hotels, have their own native bands that play for guests in the evening and during dinner.

If you’re lucky enough to get invited to a private party or make it to a local festival, you may see a banda del pueblo. 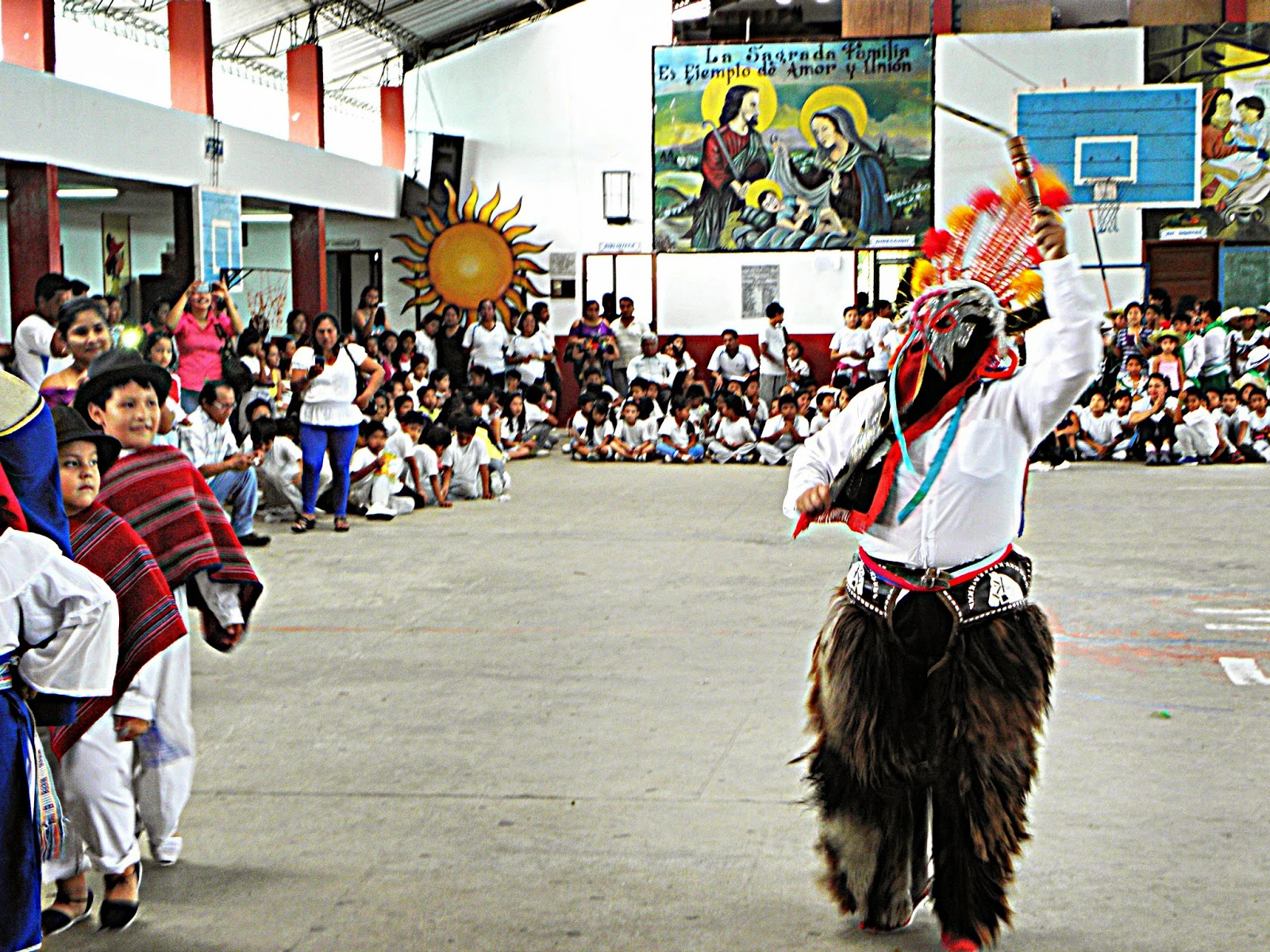 These bands are composed of locals who get together on special occasions to play mostly traditional music.

The instruments are often old and fairly beat up, and occasionally the musical talent is questionable, but whatever they may lack in skill or instruments they more than make up for in exuberance and volume.

Here are five songs, five groups, and five styles, a composition of variety, just like Ecuador.


The haunting sounds of bamboo pipes have formed a part of the Andean landscape for over two millennia. The Andean melodies most people are exposed to today, however, are a result of centuries of colonialism and the migrations of peoples from different regions and continents.

Many people associate indigenous Andean instruments to the time of the Inca. Flutes are generically labeled “Inca Pan-Pipes” and the images of Macchu Picchu are conjured up in the imagination. While the Incas certainly employed the instruments we know as “Andean”, it is important to understand that many cultures preceded the Inca dynasty, and with those cultures flourished music and instrumentation that the Incas merely inherited.

“Traditional” Andean music is not soft, melodious or soothing. Rather, it is raucous and loud, bordering on discordant. It almost always includes the playing of large bass drums (italaques and wangaras), snare drums, and at least a dozen flute players employing pipes of different sizes and tunings.

Albazo is a kind of Andean Ecuadorian music. It is of indigenous and mestizo origin. It has a happy rhythm and generally it is played with guitar and requinto. It is also common that it is played by a “banda de pueblo”village band.

Albazo is a rhythm that is related generally to a music band called “banda de pueblo” which walk the streets during the festivities at dawn. That is why, its name comes from this part of the day plus the suffix –azo, augmentative character.

Originally it was indiginous wedding music. Today it is listened and played is some cantons of the Chimborazo, Pichincha and Tungurahua province. Songs as Desdichas, Avecilla, Taita salasaca, Triste me voy, Se va mi vida and Esta guitarra vieja represent this music genre.

3. Shuar music from the Amazon

The amazonic music is a mix of traditional rhythms, sounds and instruments from the Amazon cultures with modern, Spanish and Andean ones.

Parts of the music might be recognizable for people from the past but mostly it has been changed by the times.

Even though, it still mantains its strangeness to an ear used to european/african music that our western music is.

Bomba from Chota is an Afro genre originally from the Chota Valley, that is located between the limits of the Imbabura and Carchi province. It is a rhythm created by the majority of the afro- Ecuadorian population from that area. Usually it is play with drums and Spanish instruments as guitar, requinto or guiro. The rhythm and the speed can oscillate between a light dance and a rapid intensity of many Afro rhythms with erotic forms. Another variation is the Banda Mocha which at its beginnings was composed by primitive instruments such as tree orange leaves, flutes, bowie knife, drum and cornet made of dry pumpkin, and also cigar, nags, comb, etc.

Some foreign genres were welcome in our country but when they were introduced in the national imaginary they were transformed. It is the case of the “Fox Incaico” whose name is dispute because of the features it acquired during its evolution.

We can say that it is a genre that arise in the first decades of the twentieth century with two variations: Fox Trot and the combination with melodies composed inside the Andean pentaphony, which resulted in a sort of San Juanito with different rhythmic accompaniment.  The Fox Incaico exists in Peru and Ecuador. In our country several composers created the habit of giving them titles and themes of indigenous roots. 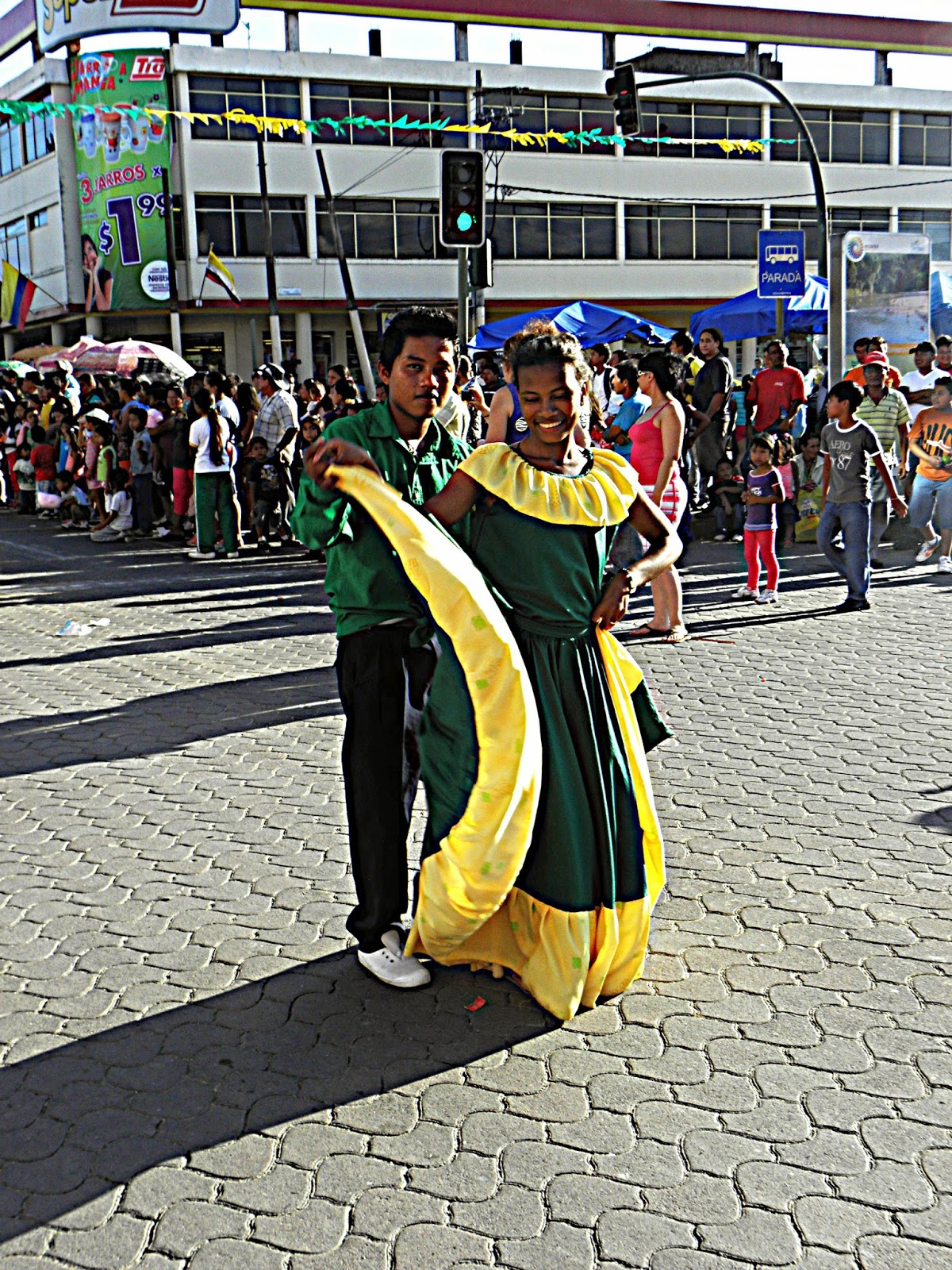 San Juanito is an Ecuadorian indigenous genre of Andean music. It was very popular in the twentieth century; it is a genre native to the province of Imbabura.

It is a happy and danceable genre that is played in the festivities of the mestizo and indigenous culture in Ecuador. “San Juanito” has a pre- Inca origin.

The Ecuadorian musicologist Luis Moreno guesses that San Juanito got its name because this music used to be danced at the birthday of St. Juan Baptist, a festivity established by the Catholic Church on June 24 to coincide with indigenous ritual of Inti Raymi.


It has morphed from its original form into the music to play in the popular fiestas, sounding many times very different from the concept of Andean music. As you can hear comparing these two different versions of the same song, Karaway. 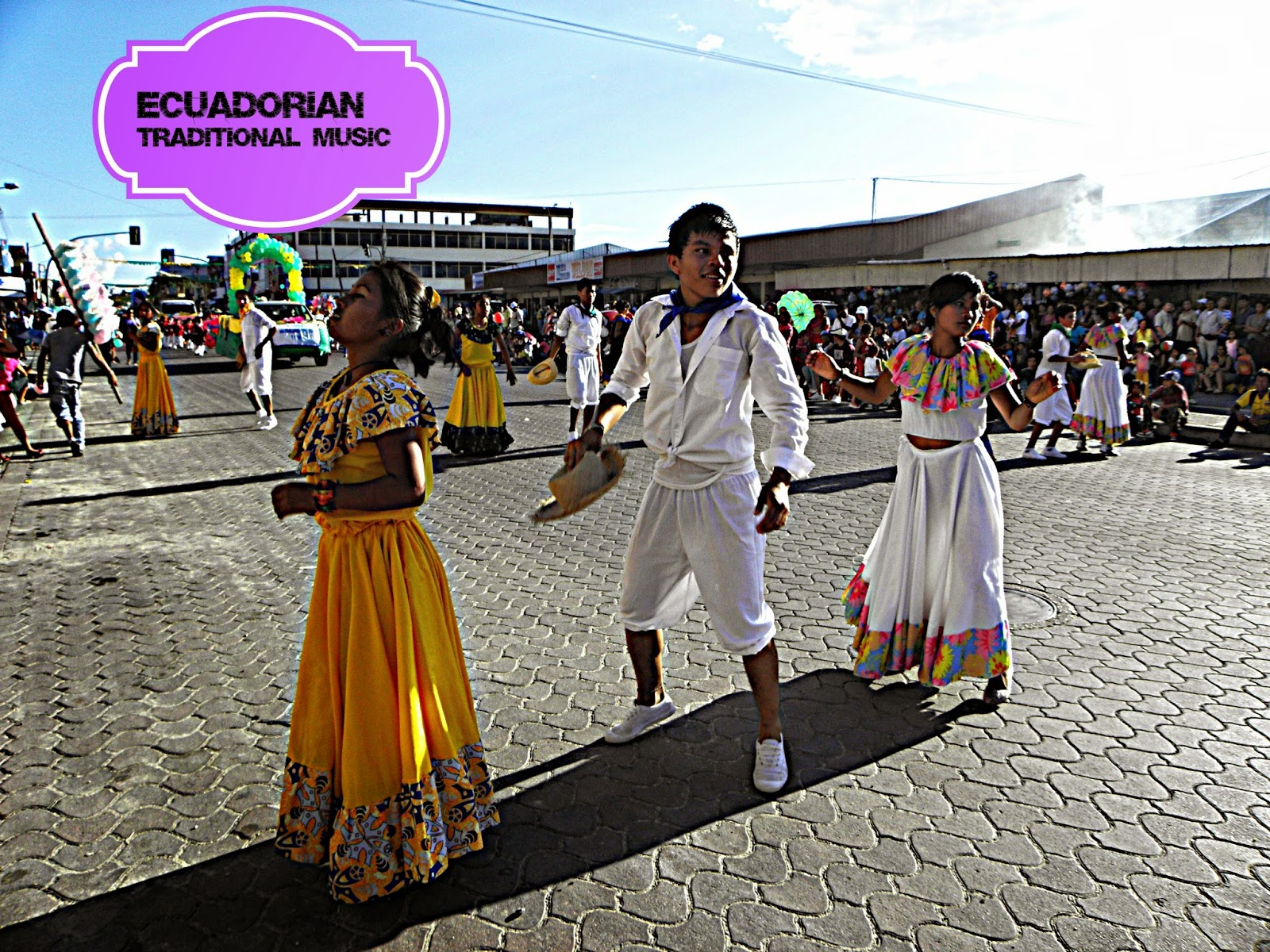