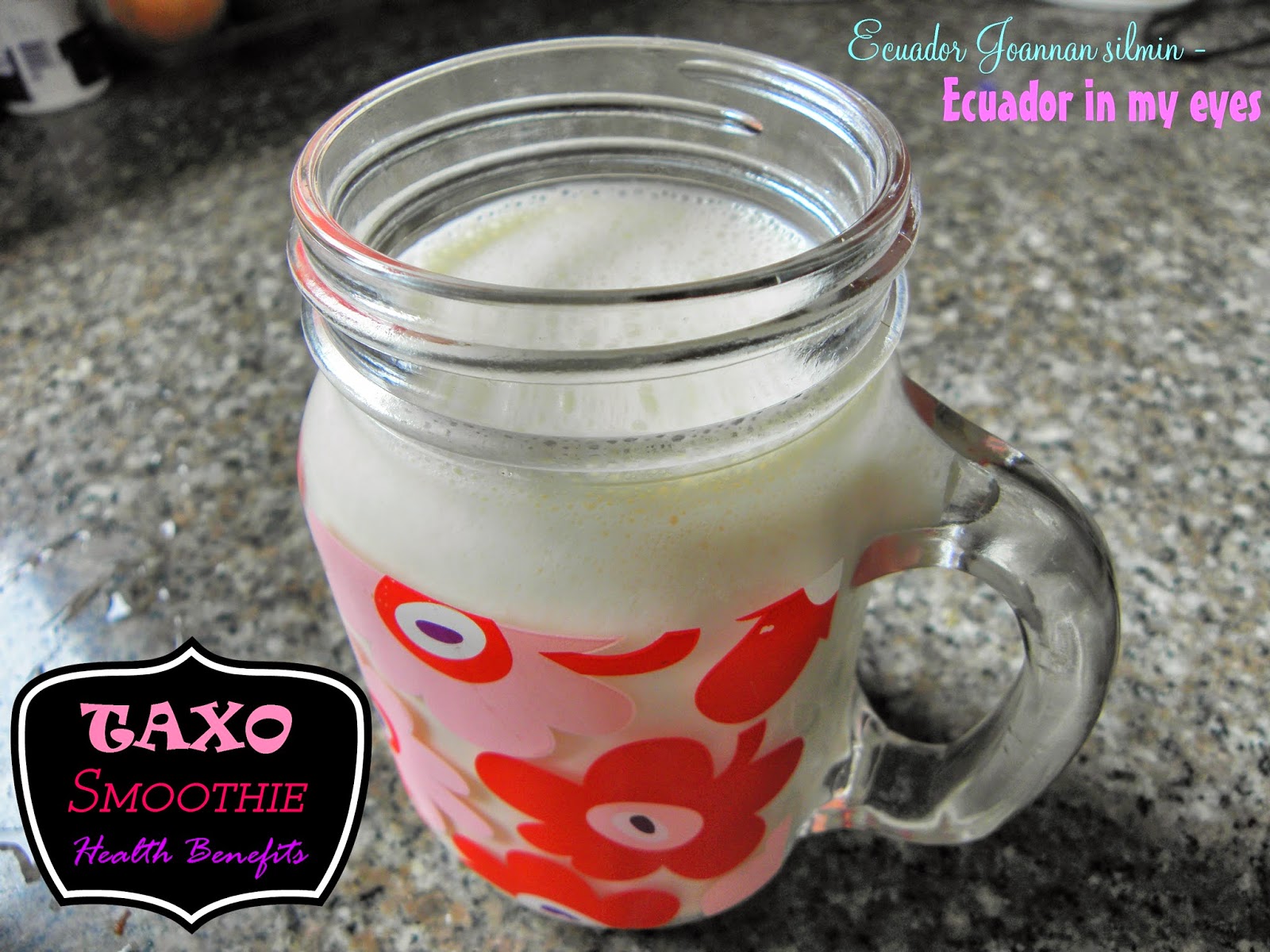 Taxo is a small, almost tear shaped fruit that is yellow to orange in color when ripe.

Banana passionfruit is the fruit of several plants in the genus Passiflora, and are therefore related to the passion fruit.

They look somewhat like a straight, small banana with rounded ends.

In Hawaii, it is called banana poka.

Cutting open this fruit reveals seeds galore, surrounded by a pulp.
Because of the seeds, which have an unpleasant flavor, this fruit is rarely eaten fresh.

The pulp has a somewhat tanginess to the tongue and is most commonly used in juice and ice cream.

The yellow oblong fruit contains the flavanoids or antioxidants that are included in so many foods to help dampen the impact of free radicals in the body.

Along with the ravagers of free radicals the Taxo contains Calcium, Iron, Niacin, Riboflavin, Sodium, Vitamin A and C.

There are many cousins to Taxo, as it is part of the Passiflora family.

It is of course related to the Passion Fruit, Granadilla and  Maracuya, all members of Passiflora.

Taxo ice-cream or sherbet is very popular in Ecuador as Taxo smoothies.

It can also be made into juice and the tangy taste is excellent for a refreshing summer drink. 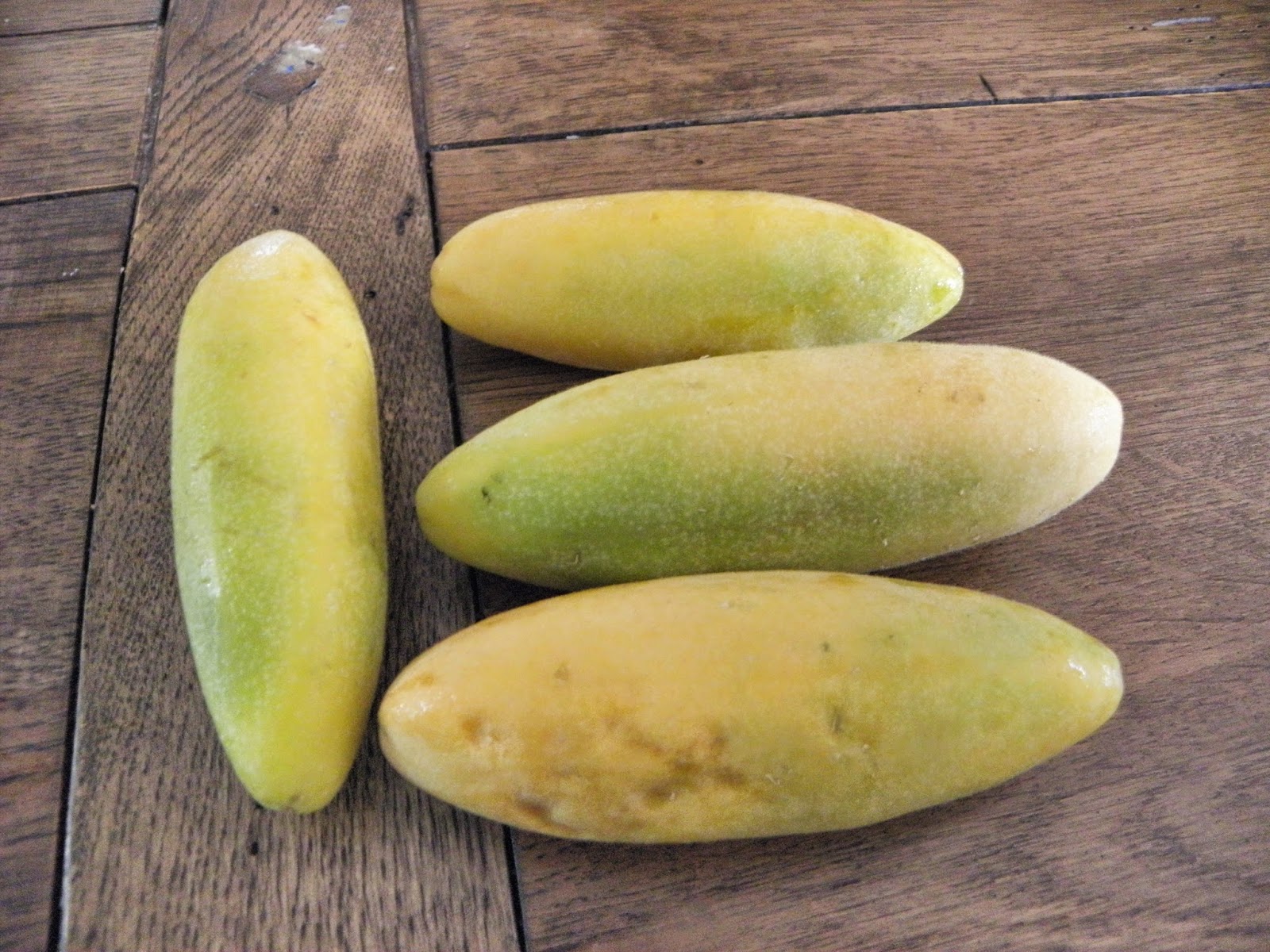 Mix the taxo fruit with water in the blender.

Pass the mix through a sieve or colander.

Mix the juice with milk, vainilla and sugar in a blender.

Heat the mix, stirring constantly, and boil until it takes the consistency of thick sauce.

Remove from heat to cool down.

In another bowl dissolve the gelatin package cup of boiling water and allow it to cool.
When milk and gelatin are cool, mix adding the taxo juice.

After stirring with spoon, blend the whole.

Finally mix with beaten egg whites until it is stiff and put the mix in the freezer to set.

Just before serving beat the ice-cream with a wooden spoon or electric mixer to make them soft and foamy. 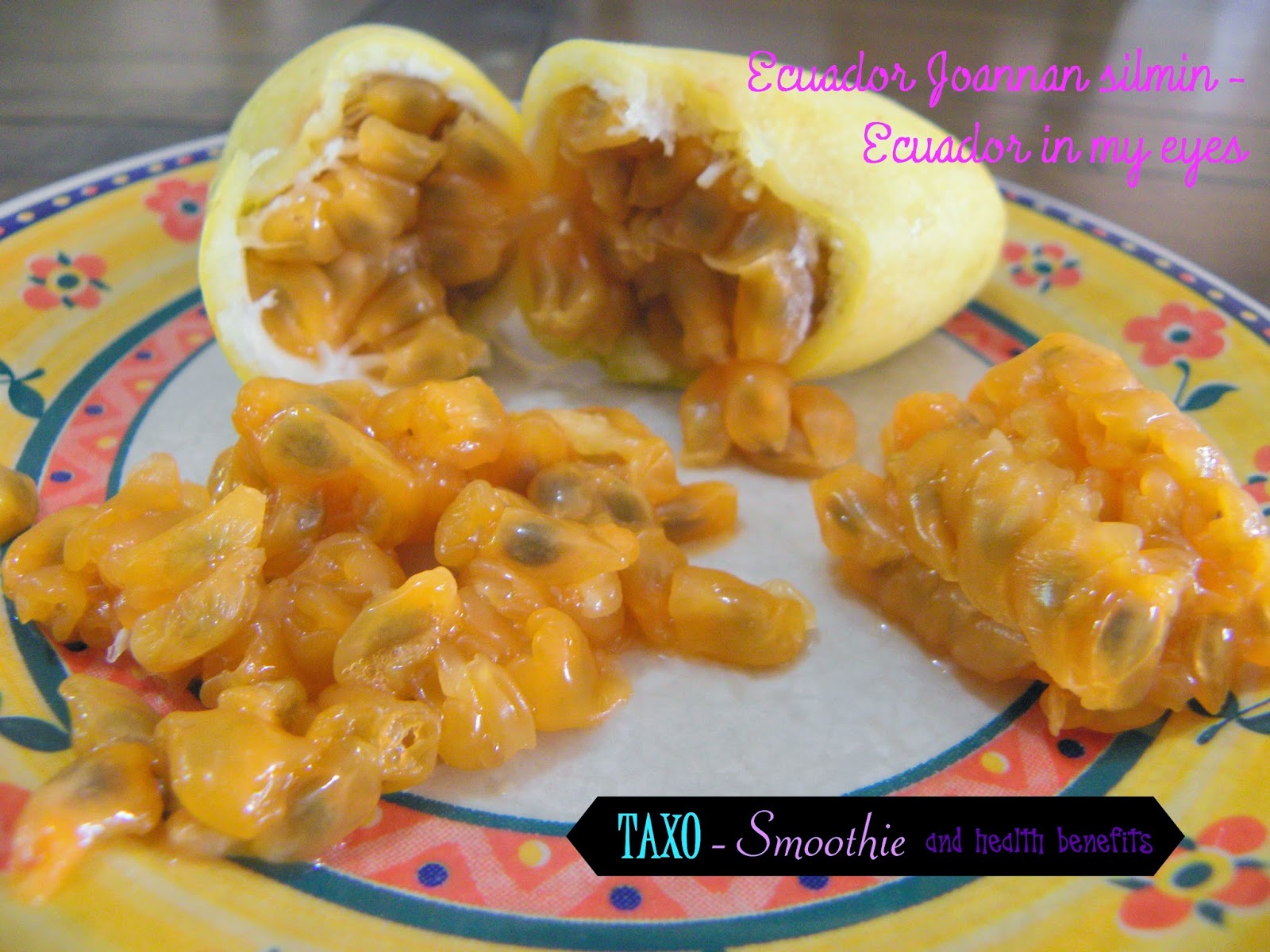