An indigenous woman from Salasaka Kichwa nation prepares the sacret fire for the inauguration of the new indigenous leaders of CONAEI, Ecuador's largest indigenous organization. 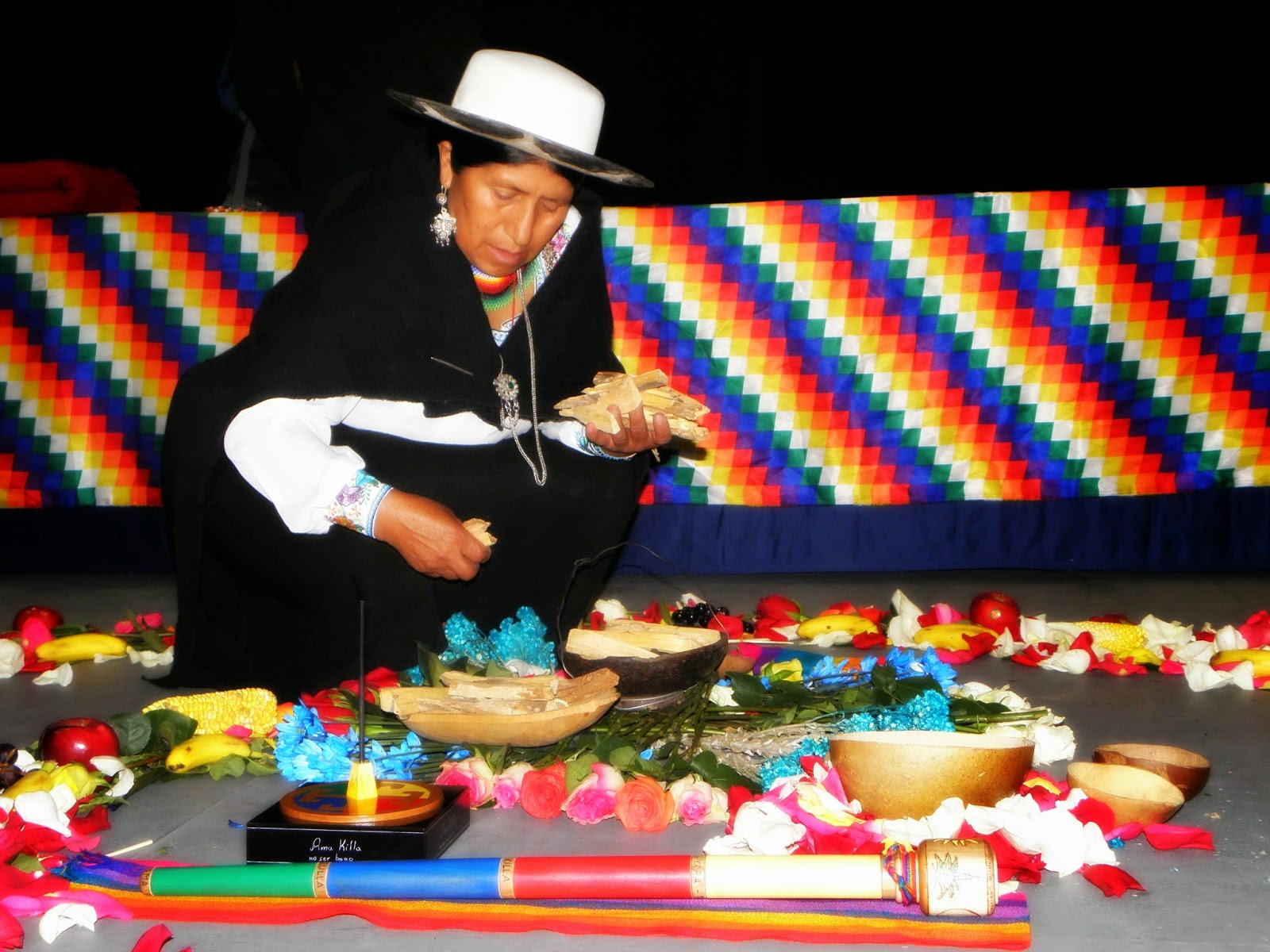 Ecuadorian indigenous nations struggle to maintain their own cultures and languages in the pressure by the outside mainstream Ecuadorian and Latin, or hispanic as it is called in Ecuador, culture.

CONAIE was created to bring the different nationalities together and use it to generate political pressure in questions of importance to indigenous people.

The design of the resting place for the sacred fire is ancient and meaningful.
The sacred fire sits on top of flowers formed as chakana, the Andean cross, age-old emblem of Andean indigenous people.

Starting from the chakana, the flowers, petals and fruits together form a spiral, a symbol for cornucopia.

Cornucopia in itself is a symbol of plenitud, abundance and fertility, all of this is evoked by the design.

Next to the flower chakana is a pilche (or drinking cup) filled with chicha, an Ecuadorian fermented drink token for life.

Only women, as givers of life are permitted to participate in the making of chicha and serving it.

On the rainbow colored fabric rests the staff of power, symbol for the CONAEIs and its leaders power, given to it by the different indigenous nations.

The rainbow is another emblem for the indigenous people of Ecuador and South America.

It symbolizes the multiethnicity and multiculturality of the country and continent.

Rainbow has also many older meanings, most of the indigenous nations have beliefs about rainbows, and it has a huge significance in the old religions.

In the Amazon, rainbow is Amarun, the boa, the lizard that watches over you and keeps you safe.

Or it can also be a dangerous foe and your end, if you anger it.

The form of boa can be also seen in the spiral and together with cornucopia it signifies abundance and the gifts of the earth.

It is important to ask permission from the boa who owns the territory before entering it, or building your house there.
Lähettänyt Kiittäkää Aina ja Kaikesta klo 5:14 PM