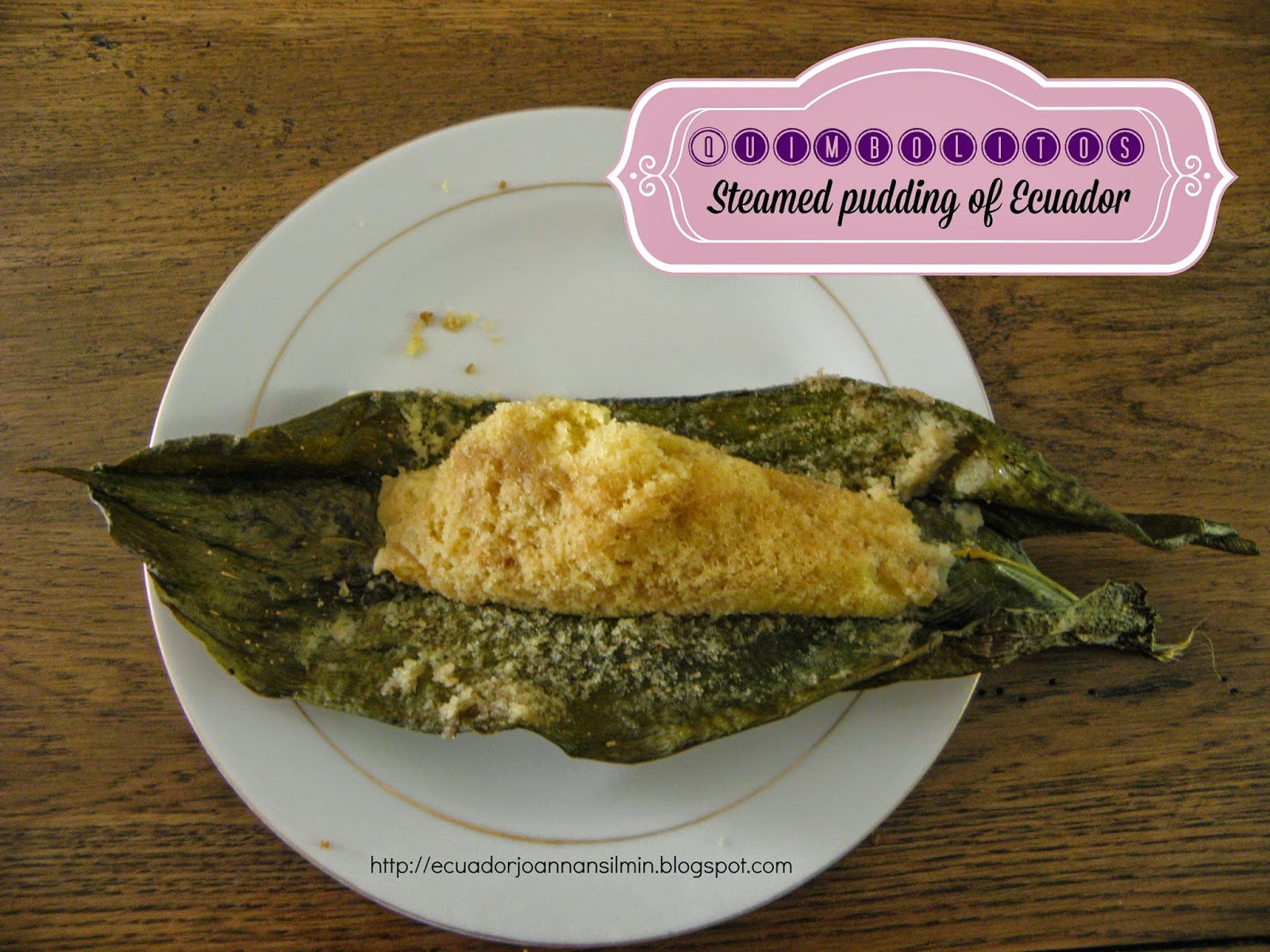 Quimbolitos, or sweet steamed puddings, are a snack favorite of mine in Ecuador.

They are sold on the streets and in restaurants and are immensely popular among Ecuadorians.

Especially because many people do not own ovens and they can be made on a stove top.

But people do appreciate them for their taste alone.

Quimbolitos are the sweet tamales of Ecuador and can be found also in Nariño, Colombia, which was part of Ecuador in colonial times.

They are served as snacks, desserts, or for breakfast with a cup of coffee.

The recipe varies from region to region, most often in the proportion of cornmeal to wheat flour.

The ratio of lard to butter also varies.

In Ecuador the Quimbolitos are cooked in achira leaves, the leaf of the taro plant, perhaps better known as dasheen or yautia.

Some people cook them in banana leafs also but nothing seems to be lost by cooking them in parchment or foil, however.

Banana leaves can be found in the produce or frozen section of most market that carry Latin foods. 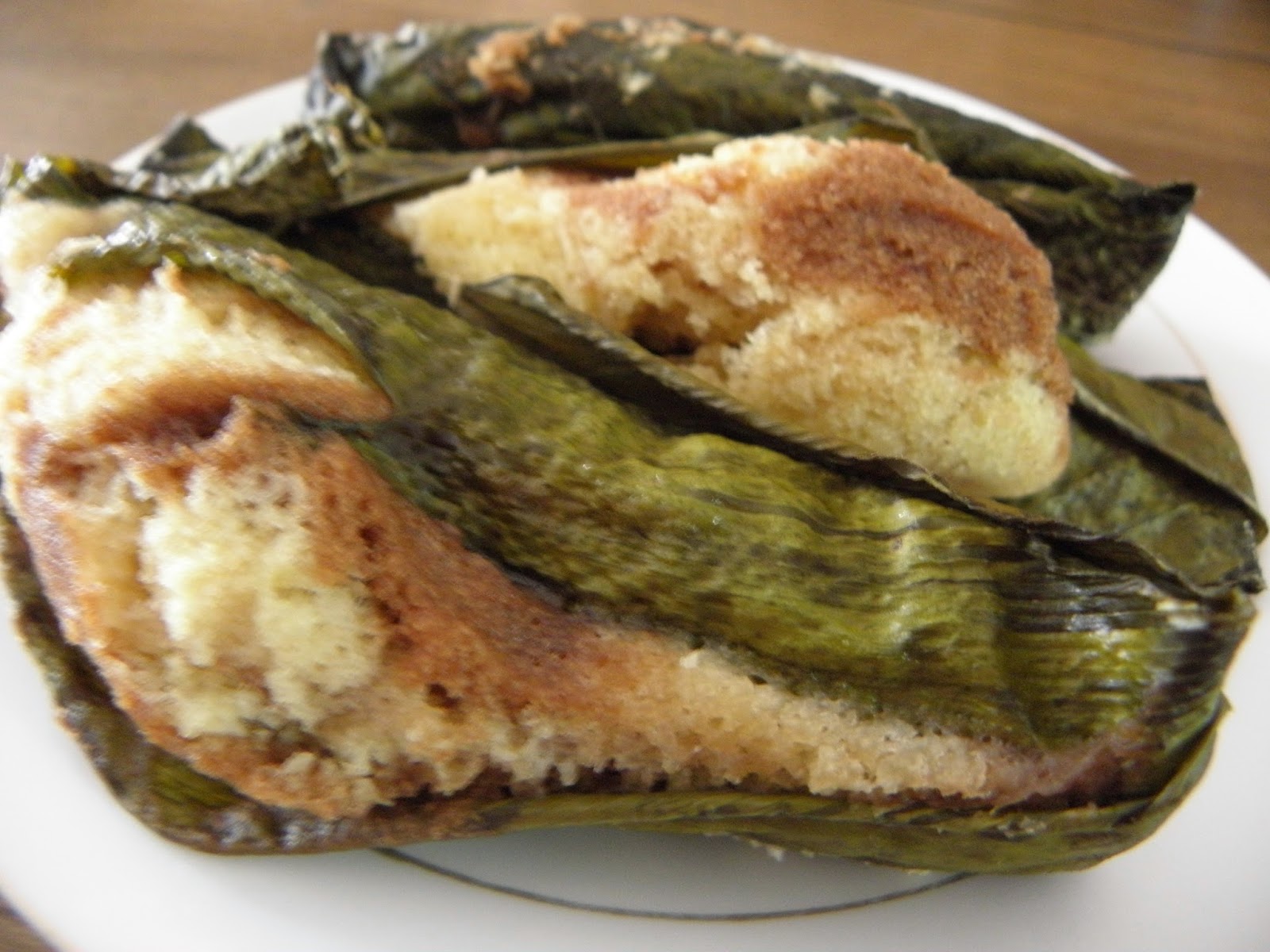 Spread 3 heaping tablespoons of mixture in center of leaf about 3.4 to 1 inch thick

Place 3 or 4 raisins on top of batter

Bring sides of leaf together over filling

Fold other ends under and place on a cookie tray until ready to steam.

Many cooks prefer to make them with wheat flour only, while others prefer a combination of flour and cornstarch.

Yet others use cornmeal, and you can even use quinoa flour instead of the wheat flour in the recipe for gluten free effect. 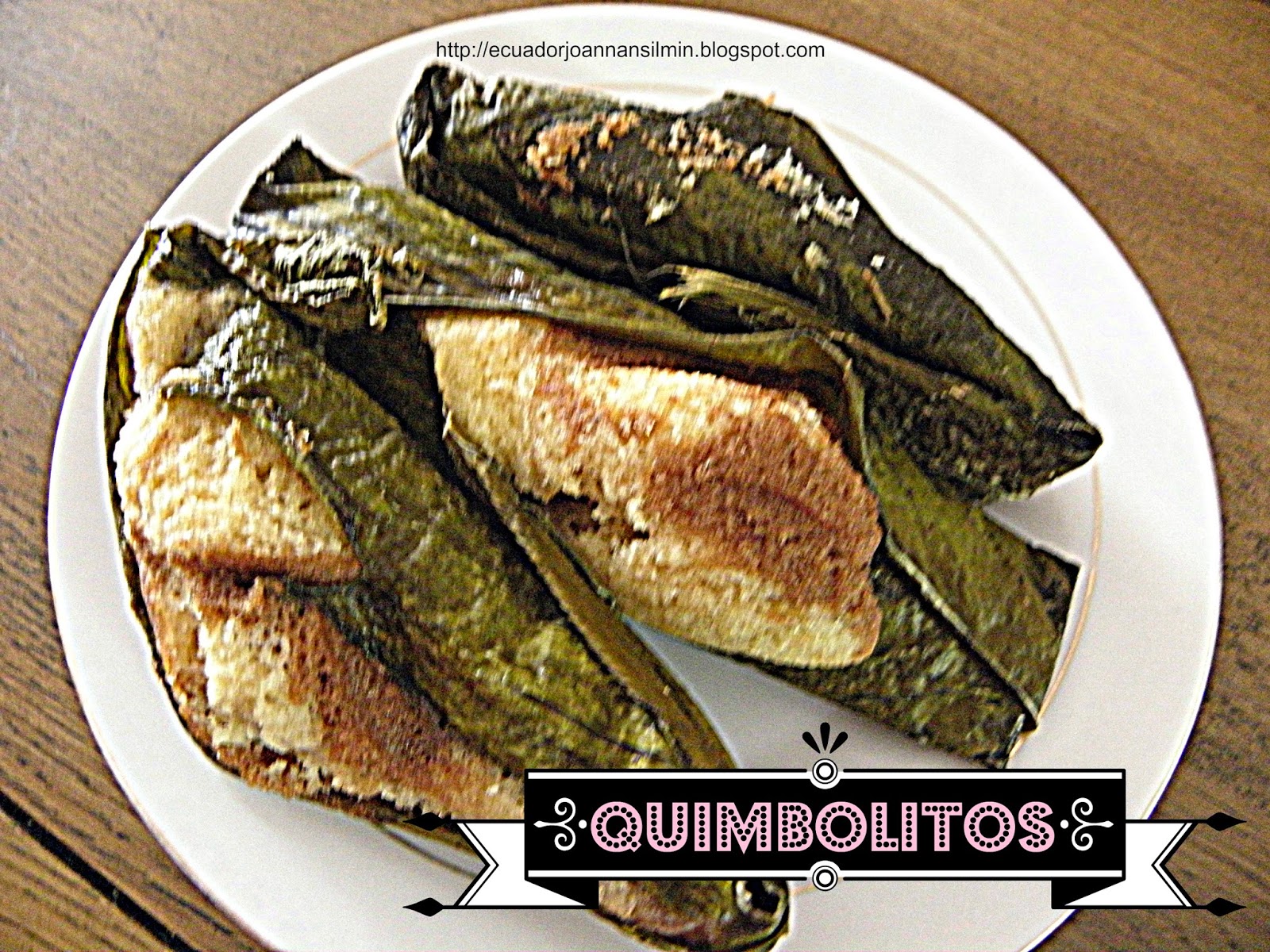