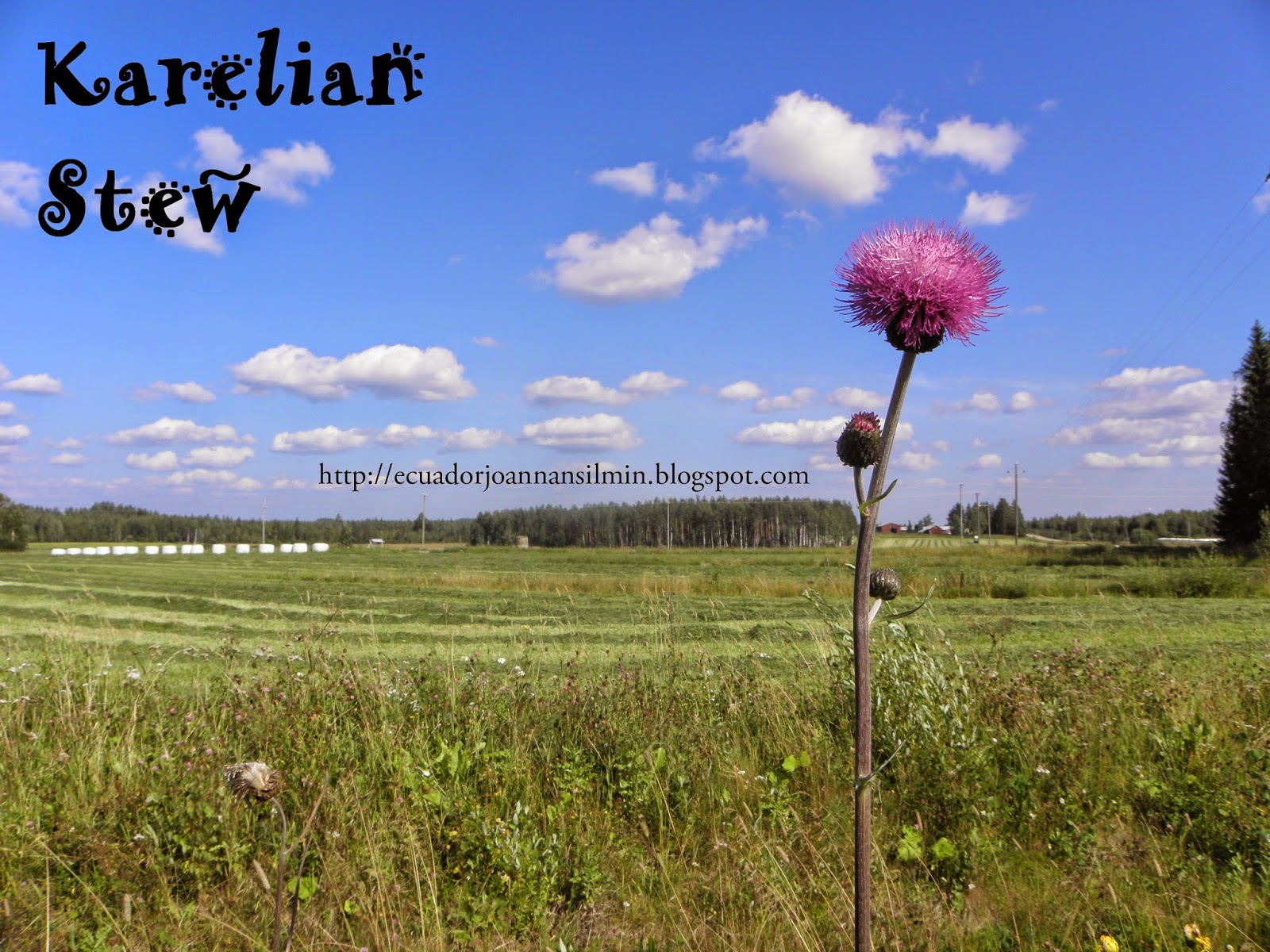 The Karelian hot pot  or Karelian stew (karjalanpaisti in Finnish) is a traditional meat stew originating from the region of Karelia (now split between Finland and Russia).

This is one of the dishes I grew up with and that I love very much.

The stew is commonly prepared using a combination of pork and beef, but lamb can also be used.

In my family we have always done the pork and beef version.

It was selected as the national dish of Finland by the readers of the Finnish tabloid Iltalehti in 2007.

The stew originated from Karelia region, where the name comes from. 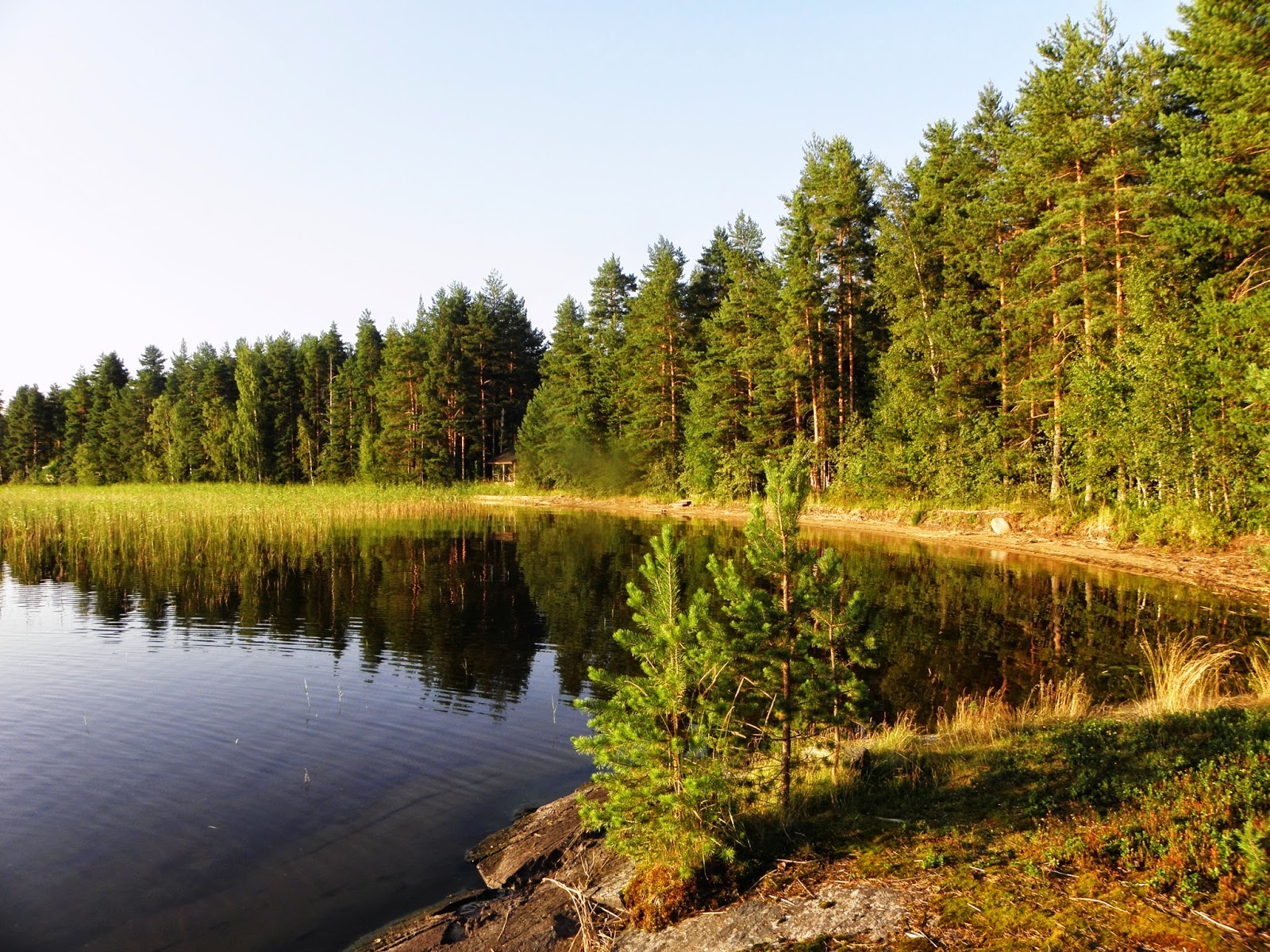 In Finnish cuisine there are traditionally two trends: eastern and western.

Some of the influences of Western cuisine came from Sweden and Catholicism.

Food was cooked on the stove, no mushrooms were eaten but there were a lot of blood and sausage dishes.

Bread was baked in great quantities and eaten dried.

Eastern cuisine has its roots in the Slavonic, Orthodox tradition of cooking food in the oven.

Mushroom dishes were consumed in abundance and bread was baked every week as it was eaten soft and fresh in addition to pies and pasties.

The cuisine of North Karelia is part of Eastern Finnish cuisine, which is based on food cooked in the oven.

Many kinds of pies, pasties and rye loaves stuffed with rutabagas, potatoes and meat are also a part of our eastern cuisine. 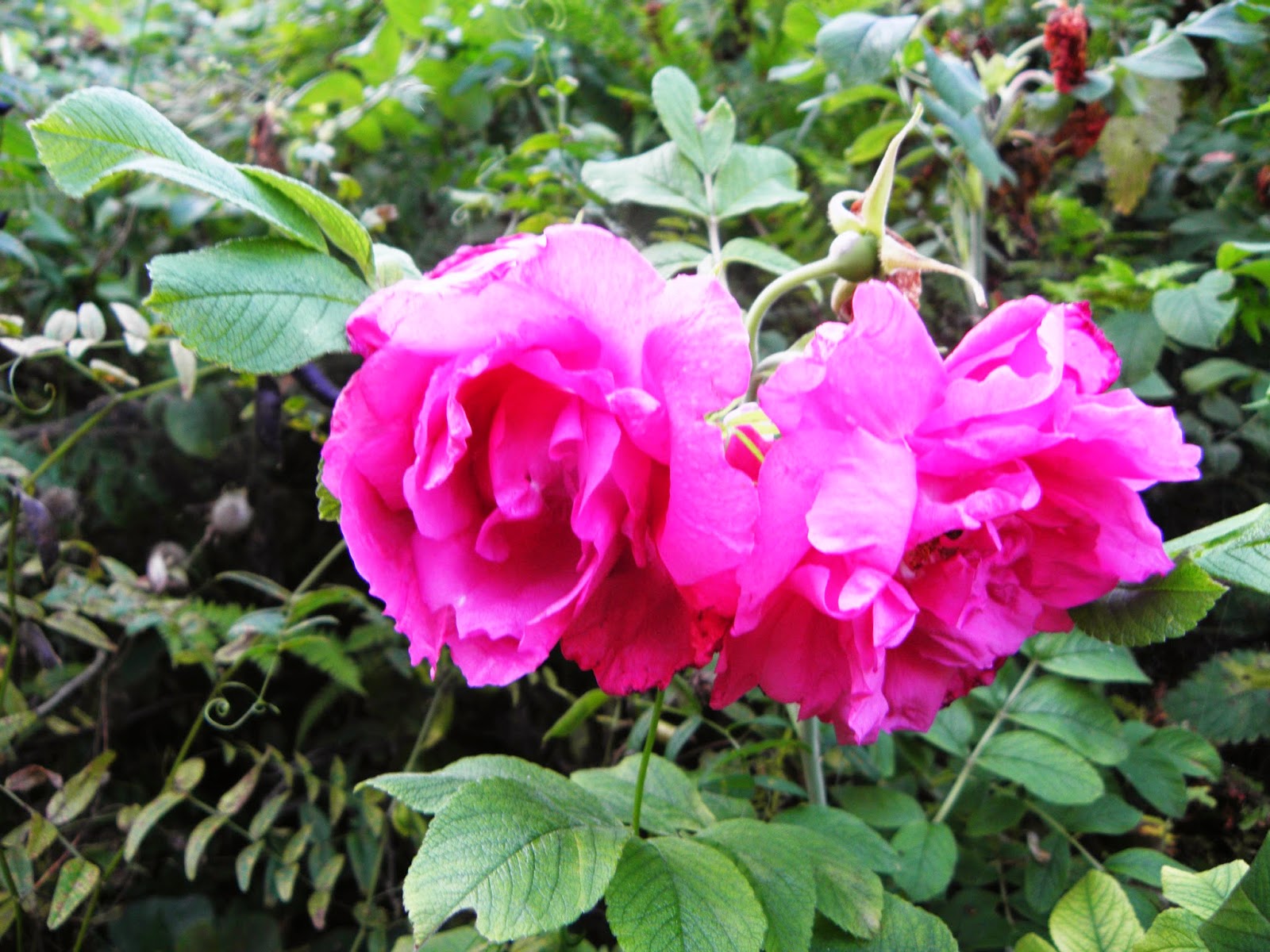 This dish can be considered as one of the milestones of Finnish cuisine.

This extraordinary culinary conception of many years ago reflects, by its simplicity, the spirit of the times and the lifestyle of the Karelian population.

The scarcity of meat made it so that preferably all edible parts of an animal where used in its preparation, such as the liver and the kidneys.

In fact, purely meat-based versions of Karelian stew were reserved only for prominent occasions like Christmas, until meat became more readily available in the 20th century.

My family is mostly from the Eastern part of the Finland and I grew up eating oven food and loving it.

The Karelian stew had always a prominent place in our Christmas table. 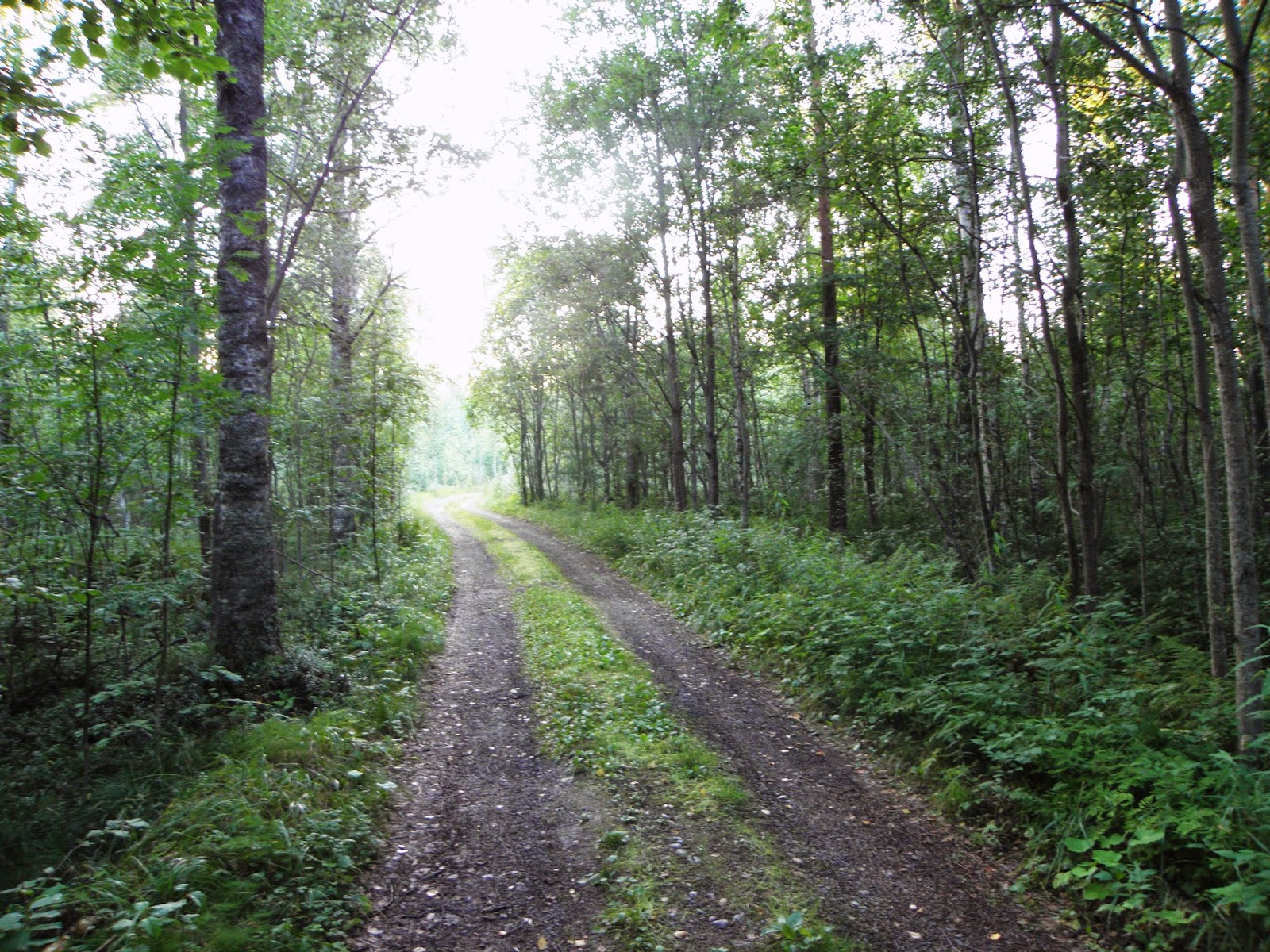 The hot pot was traditionally prepared with wood-burning ovens and it is prepared after bread has been baked and the leftover heat slowly cooks the stew.

Traditionally it is seasoned only with black peppercorns and salt.

Other seasonings such as allspice and bay leaf may be used too but my familiar recipe only uses pepper and salt.

Common vegetables such as carrot, onion, and root vegetables are acceptable additions to the stew.

I always put onions and carrot in our stew but sometimes it’s good to add rutabaga or turnips to give the hot pot more flavor.

Don't trim the visible fat from the pork prior to cooking; it adds flavor to the stew. 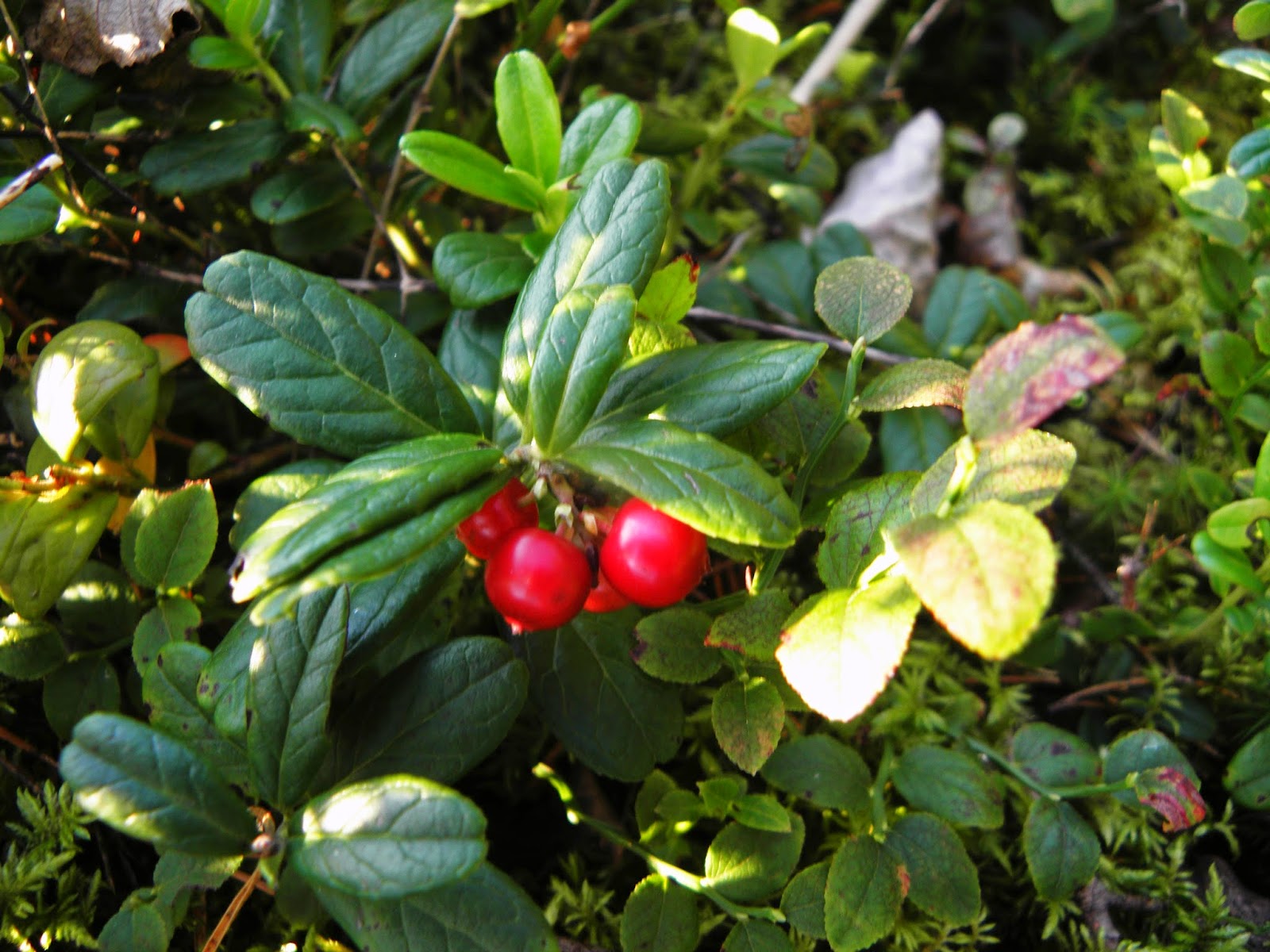 One of the things we Finns really enjoy is the transparent broth that forms together with the stew.

It may not have a fancy taste but if done rightly, the meat will be soft that it will practically melt in your mouth.

Back home the stew is served with boiled or mashed potatoes and lingonberry preserves.

If you can’t find lingonberry, you can also use cranberry preserve; the important thing is to have that tart taste to go together with meat and potato. 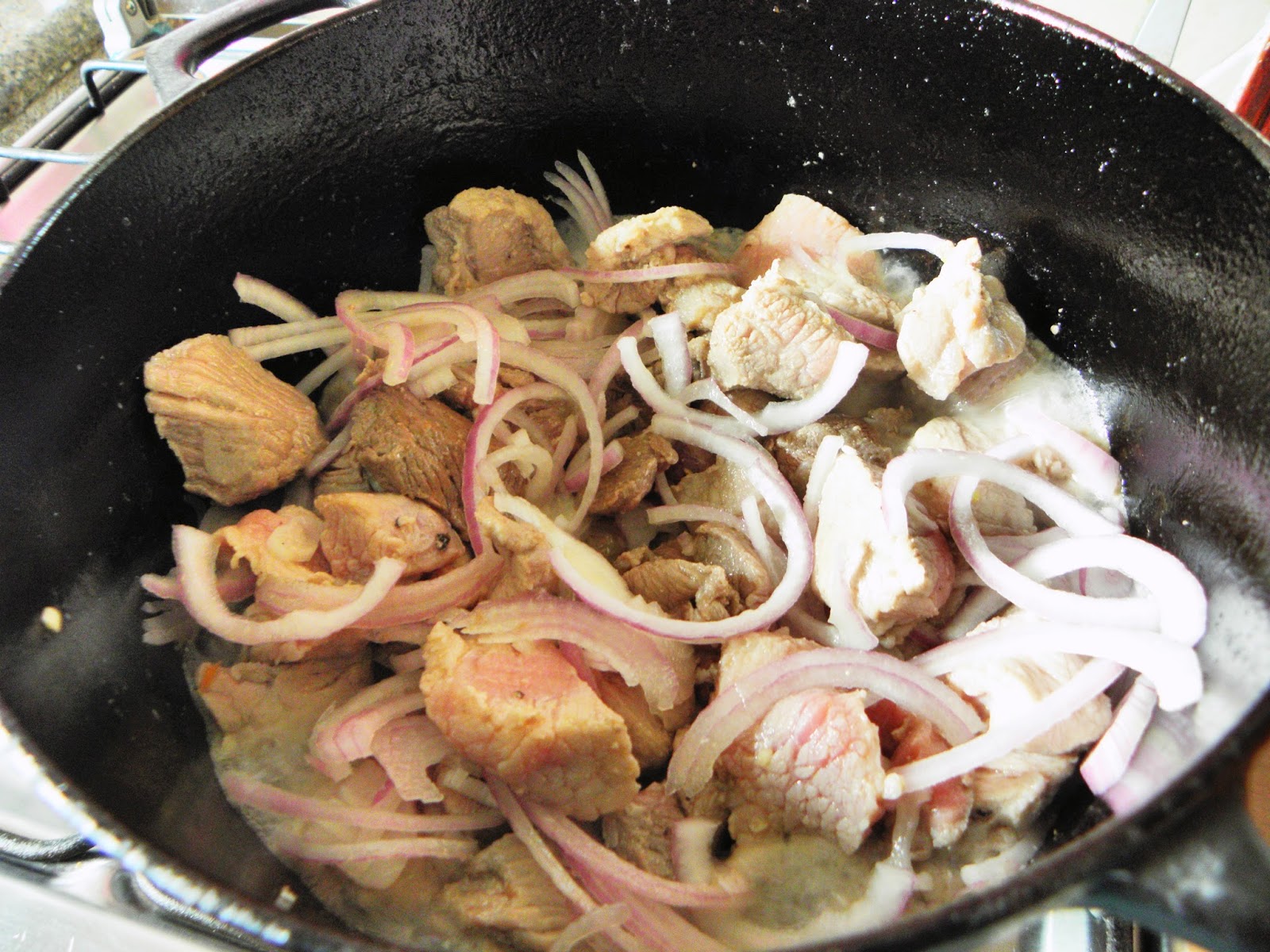 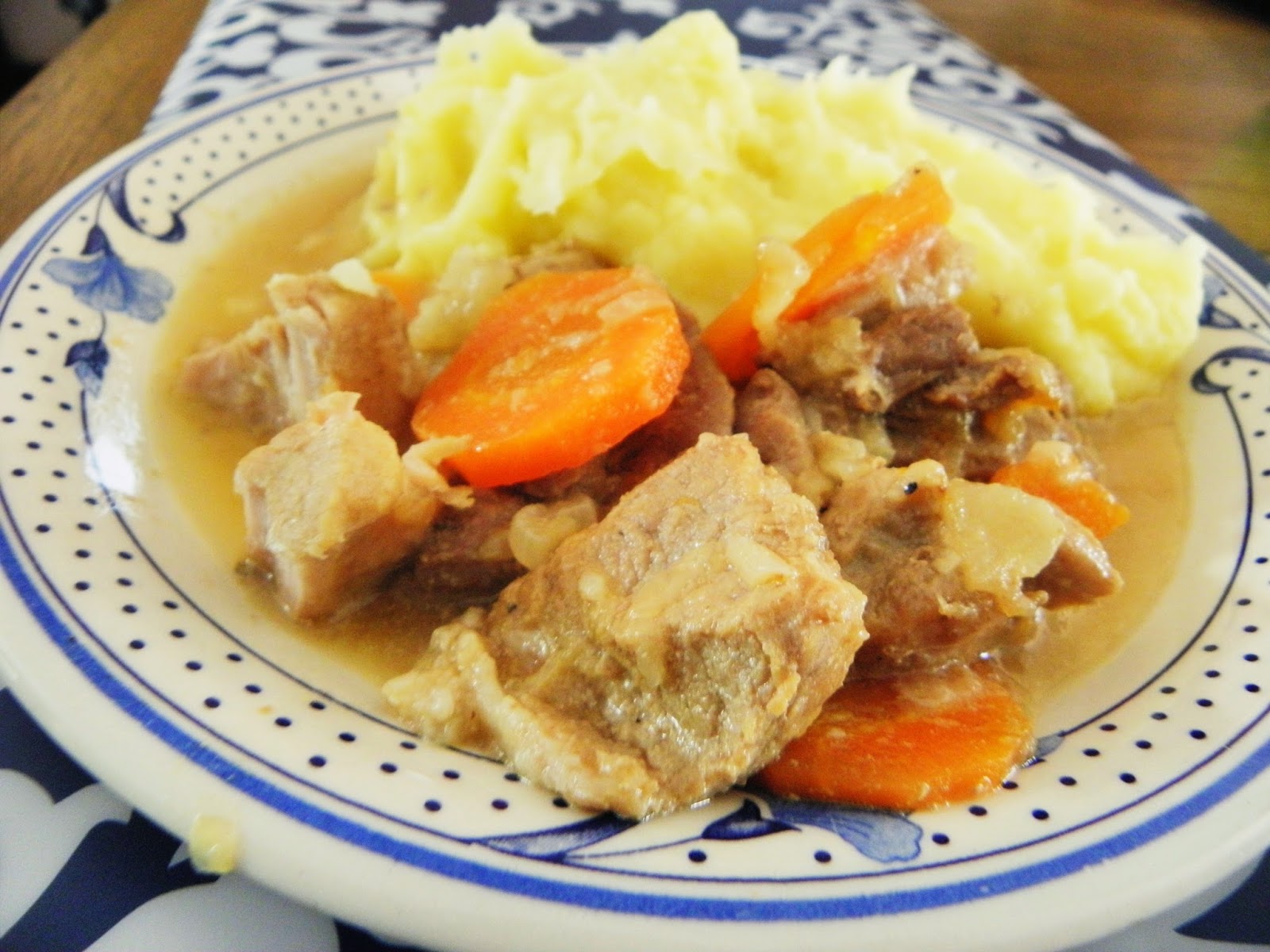 Directions
Preheat the oven to 350 degrees.
In a roasting pan or large ovenproof dish, place all of the ingredients and just enough water to cover the meat for half an hour.
Lower the heat to 200 degrees.
Roast, adding water if necessary, for 4 1/2 to 5 hours or until the meat is tender.
Check seasonings, adding salt to taste.
Transfer to a platter and serve immediately. 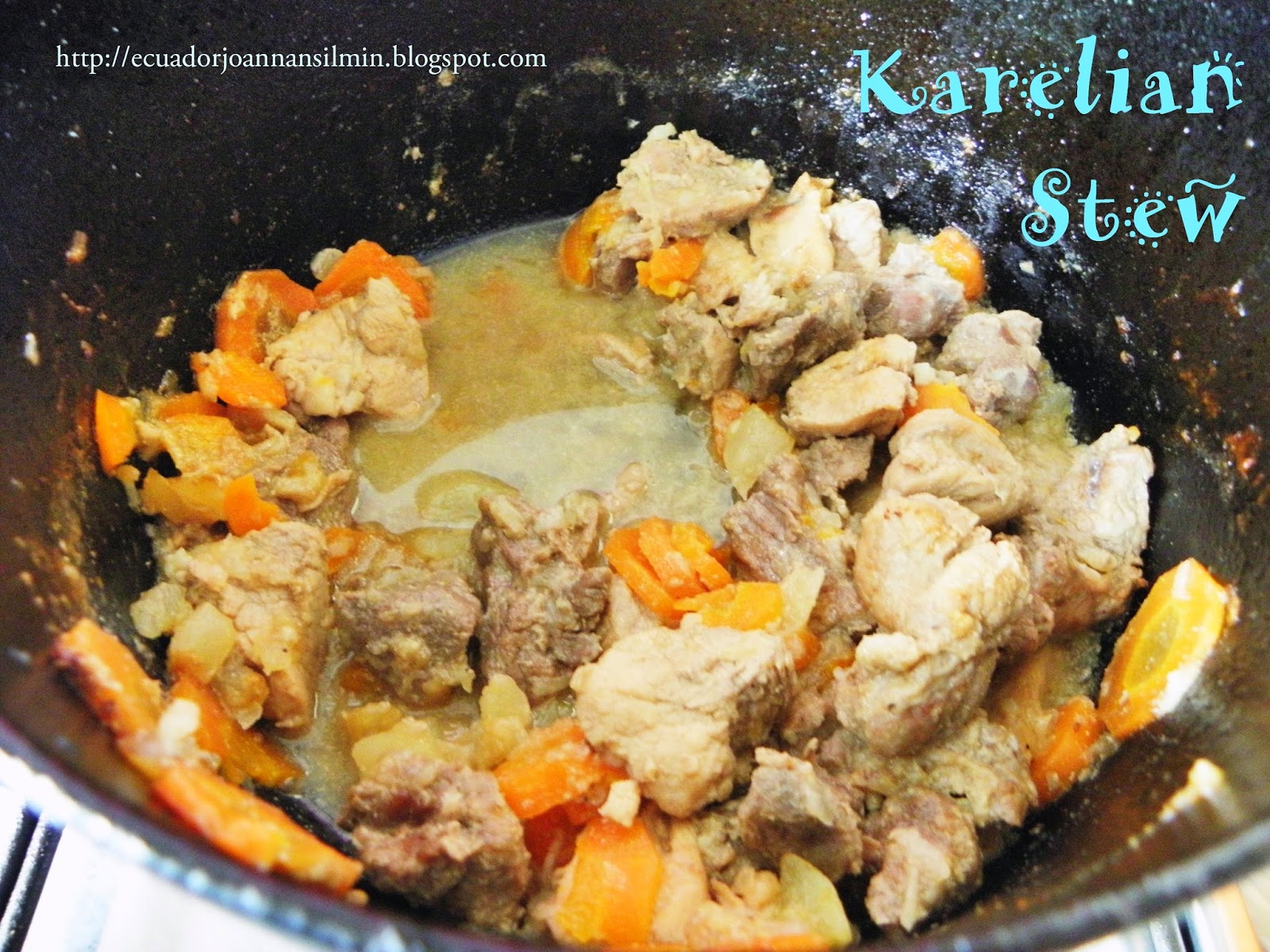