And what I want from you, my readers?
I want to know about you!
Leave me your facts, so I can enjoy reading them!
They can also be about you, your life or anything you find fascinating in this world or in the world beyond. 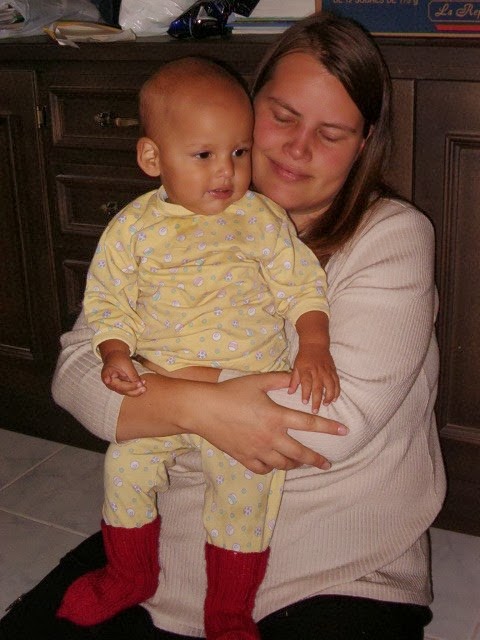 Here I go:
1)  When I was a child I used to love cross country skiing and skating. My mother's brothers are Finnish champions in Winter Biathlon (skiing and shooting) and I used to play that I was a biatholonist myself. Until as a teenager I started to suffer from undiagnosed astma that was triggered, among other things, by cold. It finally got so bad that I started to hate cold Finnish winters. You would too if you couldn't breath. And that is one of the reasons why I am here in Ecuador, in a country without winter.
2) I have always wanted to be a missionary. Or at least since I was six years old. That was the first time I told my parents that I wanted to be a missionary when I grew up. But as a child I thought I would go to Africa, like all the other missionaries. When I grew up alittle, I felt that my calling was in India and then I started dreaming about going to China. But when I was in High School I met a girl whose family was missionaries in Bolivia. I talked with her and her family and went to home and told my parents that we were all going to go as missionaries to Bolivia. My parents did have a calling but they felt, after many disapointments, that it was just not what God had meant to happen. But my insisting got them to call to our Church and led to them coming to Ecuador as missionaries. After I graduated from High School and couldn't come with them anymore. So, I came to visit them, and here I am 17 years later. It was a long visit :)
3) I co-sleeped with my son and carried him around in a sheet, as they call carrying cloth here in Ecuador. He was a colicy baby and cried a lot. And the only thing that would make him stop crying, eventually, was me carrying him around, wrapped in the sheet and singing my lungs out.
4) I studied first three years in the college for a teaching degree. I dropped that and studied a year for a year in a nursing school. Then I dropped that and got me a degree as an English as Foreign Language teacher from a University. After I graduated I told myself that I was finally going to study something that I actually liked. And started to study my Masters degree in Psychopedagogy. It is about the same as Special Education teacher but mixed with some Psychology studies. It took me some time to find what I really love to do but when I found it, it was love for ever :)
5) I am a movie cryier. I was already before I got bregnant. But after that it has been impossible. Now I see a pic of something sad, or see a video at Youtube of poor children, or watch a movie, and as they say here, I'm a sea of tears. I just can't stop them. I keep sobbing and sobbing and it's really embarasing. We went to see Toy Story 3 with my son to the movie theater and I cried out loud. And it hasn't gotten any better. I still keep crying at the movies and my son is nine. Can't blame it on him anymore.