Today’s facts are inspired by the Carnival in Ecuador. 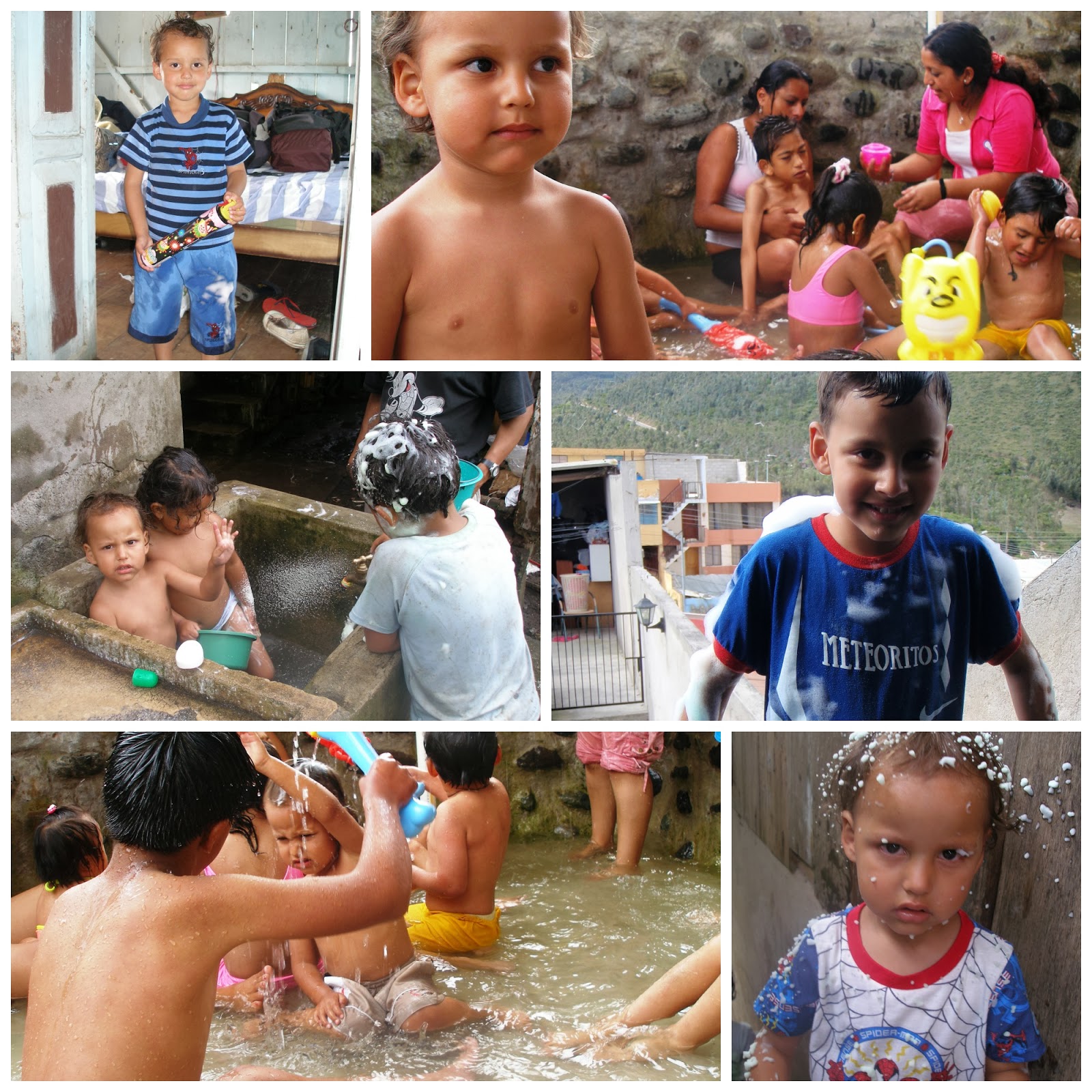 1. South America's most famous Carnival might take place in Brazil, but Ecuadoreans look forward to their own Carnaval (they spell it with three 'a's) every bit as much.
Carnival festivities are one of the many manifestations of syncretism involved in Ecuadorian traditions and celebrations. According to the Catholic calendar, the festivities precede the period of Lent. Many popular festivals are held throughout the country. It is a time of masks, jokes, water, music and dances. Carnival is also classified among the festivities of the spring equinox, which is closely related to the indigenous cosmology before Catholicism in America.
The Huarangas Indians (from the Chimbos nation) used to celebrate the second moon of the year with a lively festivity, during which they threw flour, flowers and perfumed water. 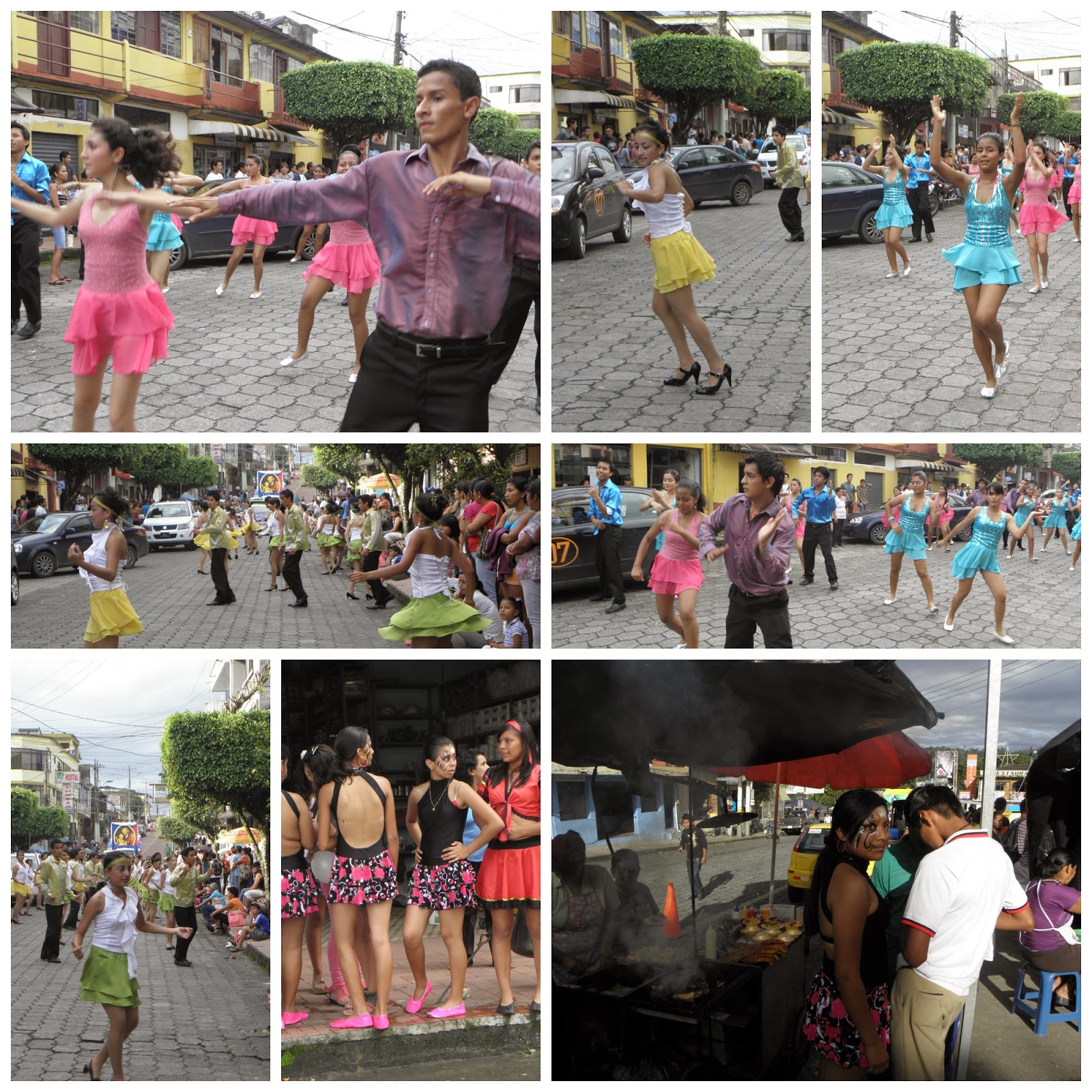 2. Carnival is celebrated throughout the country in different ways. Many popular festivities are held, where the locals wear disguises with colorful masks, and dance to the rhythm of lively music. In Ambato (province of Tungurahua) and Guaranda (province of Bolivar), colorful, folkloric parades take place. They are definitely worth visiting.

Many popular festivities are held in different regions of the country, where the locals wear disguises with colorful masks and dance to the rhythm of lively music. Usually, the celebrations begin with the election of the Taita Carnaval (Father Carnaval) who will head the festivities and lead the parades in each city.

In Azogues (Cañar Province) and the Southern Andes in general, the “Taita Carnaval” is a Cañari Indian dressed for the celebrations.

Ecuador Beaches are also a great destination during the Ecuador holiday of carnival. The weather is absolutely wonderful and there are also many celebrations and parades. 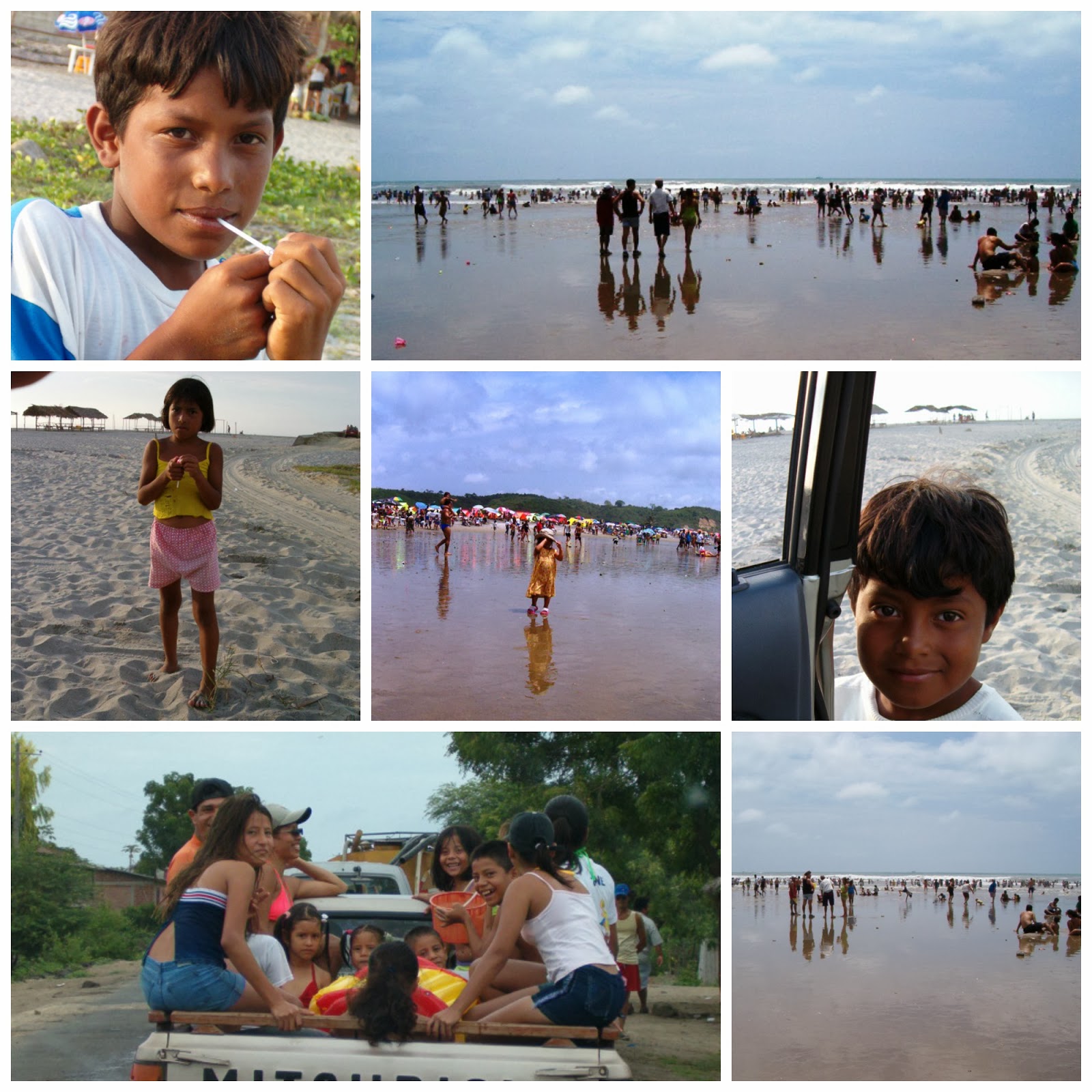 The famous Festival of Fruits and Flowers (Fiesta de las Flores y de las Frutas) in Ambato, is held annually in the last two weeks of February during Carnival. This is one of the most attractive holidays of the region with colorful parades, festivities and Bullfights for up to four days.
The festivities involve students from schools and high schools of the city, and invited delegations from other cities and countries. The arrays of floats are made with fruit, flowers and pieces of bread.
The city gets decked up in lights and invites the country’s national and international tourists to visit during the weekend before Ash Wednesday. City-wide dances and parades are held, as well as cultural events. Traditionally, a religious-themed mural is displayed over the doors of the city’s main cathedral in downtown. This mural, made entirely of flowers, fruits and bread, towers two-stories high, and is a popular attraction for visitors. 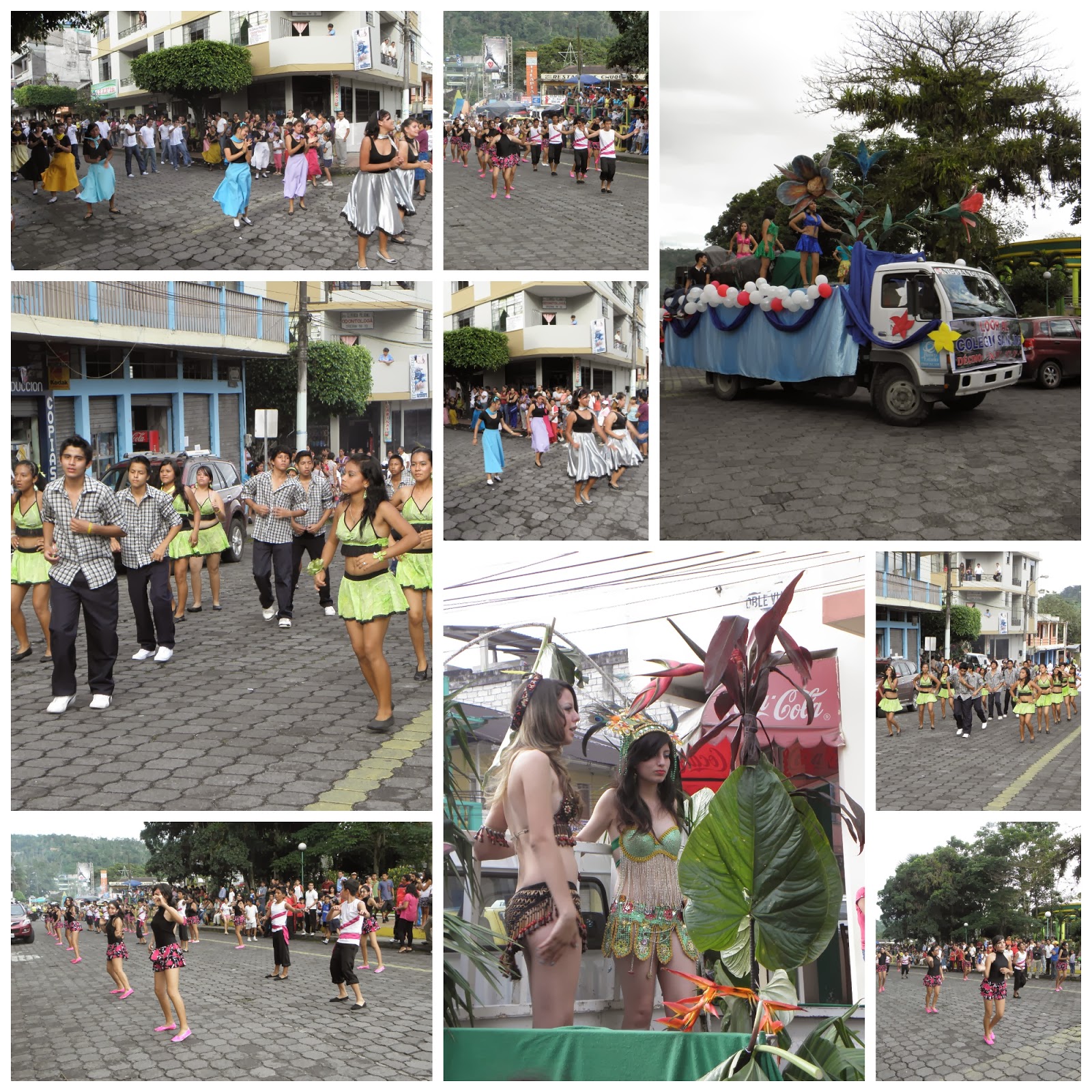 Carnival time is teeming with visitors from the whole province as well as neighboring ones also and has a dazzling combination of parades, dancers, strolling poets and masked partiers who roam the streets at random. A group of local musicians also meanders in and out of various houses through the day often receiving alcoholic beverages or the locals drink called Pajaro Azul (Blue Bird) which is a twist on the national drink aguardiente and mixed with local herbs.
The carnival is actually opened by a large landowner who is warmly referred to as Taita Carnaval (Father Carnival) who finances the party himself and officially opens the festival upon entering the town.
This sleepy mountain town, is nestled along the slopes of Ecuador’s highest peak, Mount Chimborazo. Normally quiet and serene, Guaranda turns into party central during the days before Ash Wednesday. There are parades, music and dancing on every corner of every barrio, comparsas (mini sketches played out in small processions or parades), and lots of local cuisine and drinking. Here, water throwing is for sissies – instead, people take to throwing flour, cornstarch, and even eggs! If in Guaranda during Carnaval, expect to get dirty! 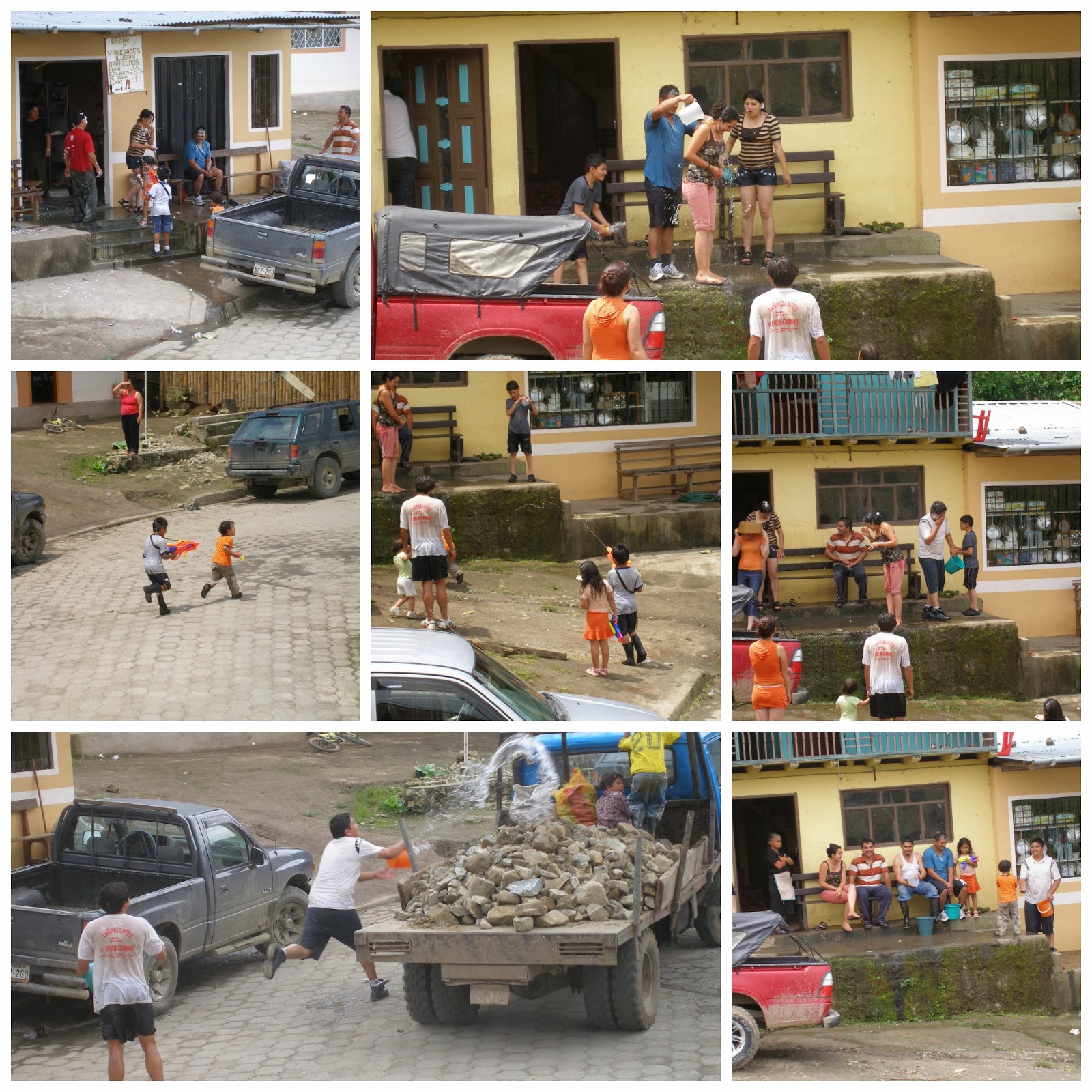 5. Ecuador has a very unique version of Carnival, nothing compared to other countries celebrations. In amongst everything else, visitors to Carnival in Ecuador should be prepared for a bit of a soaking: the celebration is characterized by hundreds of children, called diablillos (little devils) who roam the streets armed with water-pistols and water-bombs looking for unwary people to soak!
All around the country, "diablillos" play with water. It is a somewhat crazy game, like snow fights, which is long awaited, especially by children and teenagers, and feared by some adults. Throwing water balloons, sometimes even eggs and flour both to friends and strangers passing by the street can be a lot of fun but can also be annoying.
Although the government as well as school authorities have forbidden this game, it is still widely practiced throughout the country. Historians tell of a Bishop back in 1867 that threatened with the punishment of ex-communion for the sin of playing Carnival games.
Some Ecuadorians don't agree, but most children and teenagers love it!. They celebrate it throwing balloons filled with water, bags filled with flour, water weapons and anything (even eggs) that may make others look messy. Even before Carnival lots of people sell these Water weapons in every part of the country.
In addition, people celebrate by spraying carioca, a foamy substance similar to watery shaving cream. Carioca is relatively harmless, although people often hide it in jackets or behind their backs and then take it out by surprise, aiming at the eyes and face. Tourists should simply be aware and on the lookout, and try not to take it personally if they get targeted. 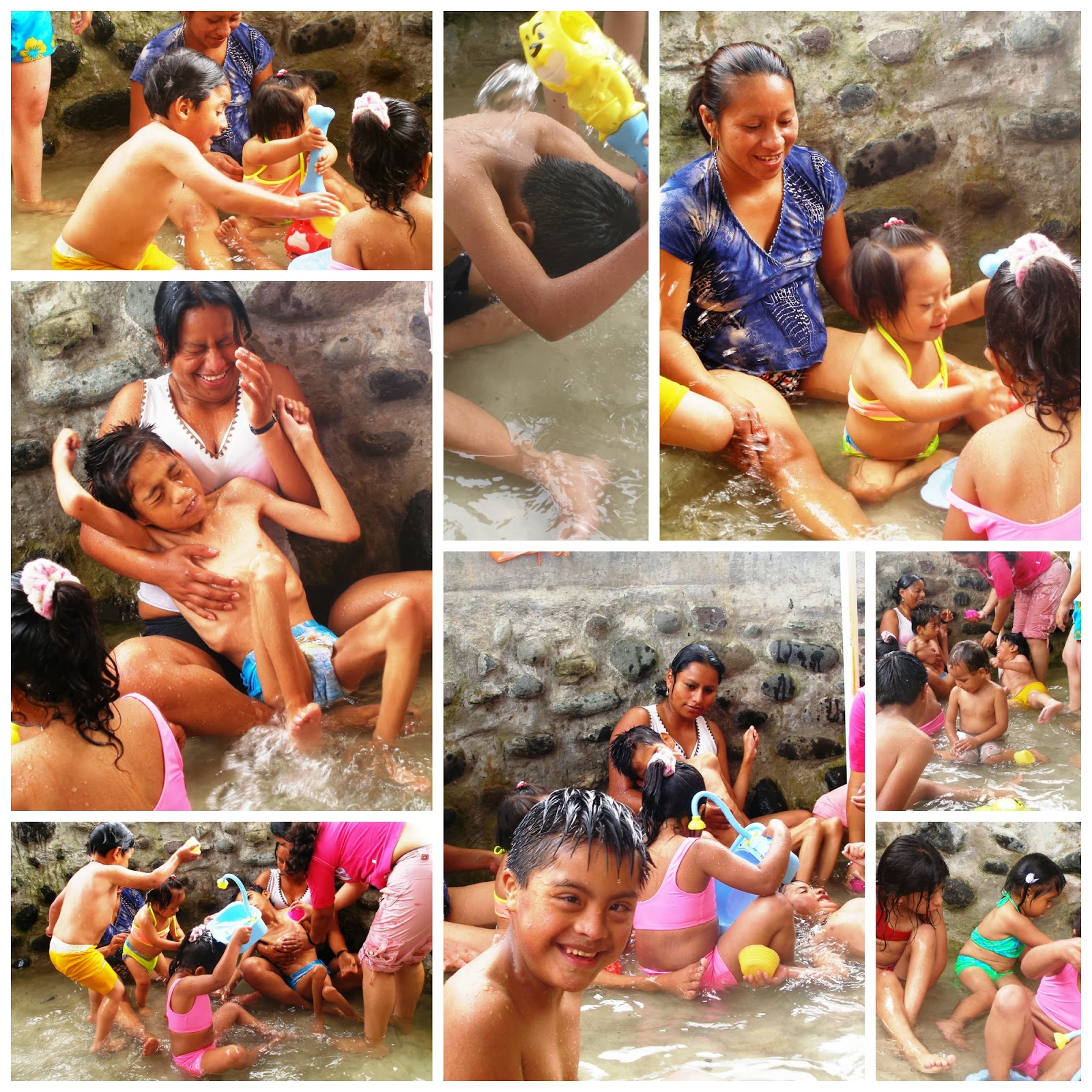 The main thing about Carnaval in Ecuador, however, is that it's the biggest party of the year: beach resorts are at their busiest, there are colourful parades and firework shows to enjoy, and generally everybody lets their hair down. So long as you don't mind the odd soaking, it's a perfect time to visit Ecuador...
Lähettänyt Kiittäkää Aina ja Kaikesta klo 11:30 AM