Tena - A Town At The Ecuadorian Amazon - Wednesday Facts 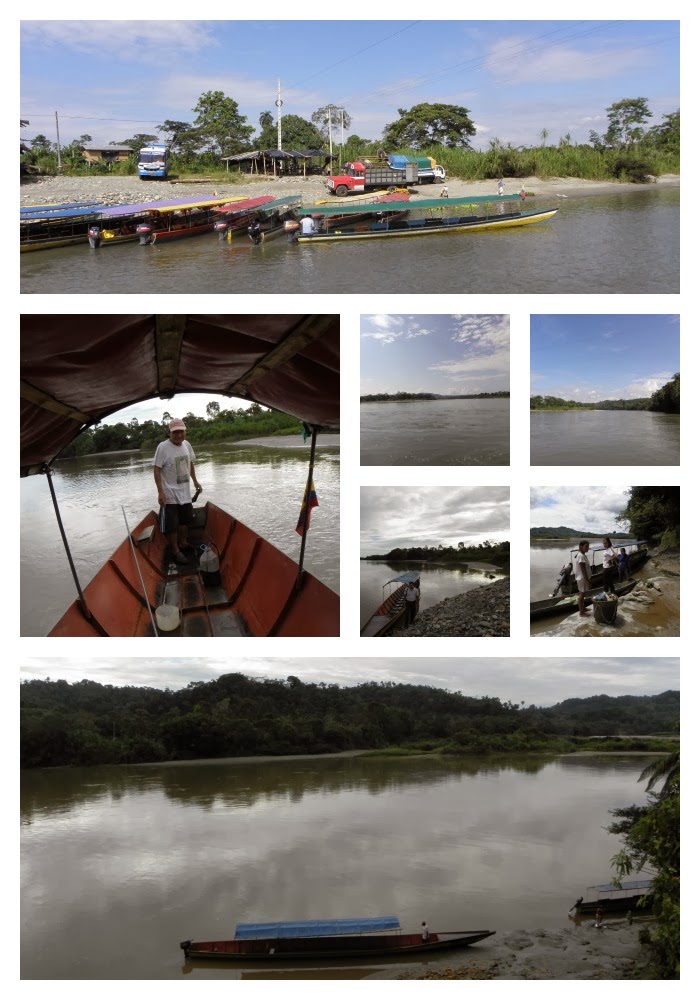 Where do you live?

What facts can you tell my about the town or city where you live.

Have you lived there all your life?

Is is the place where you want to live the rest of your life in? 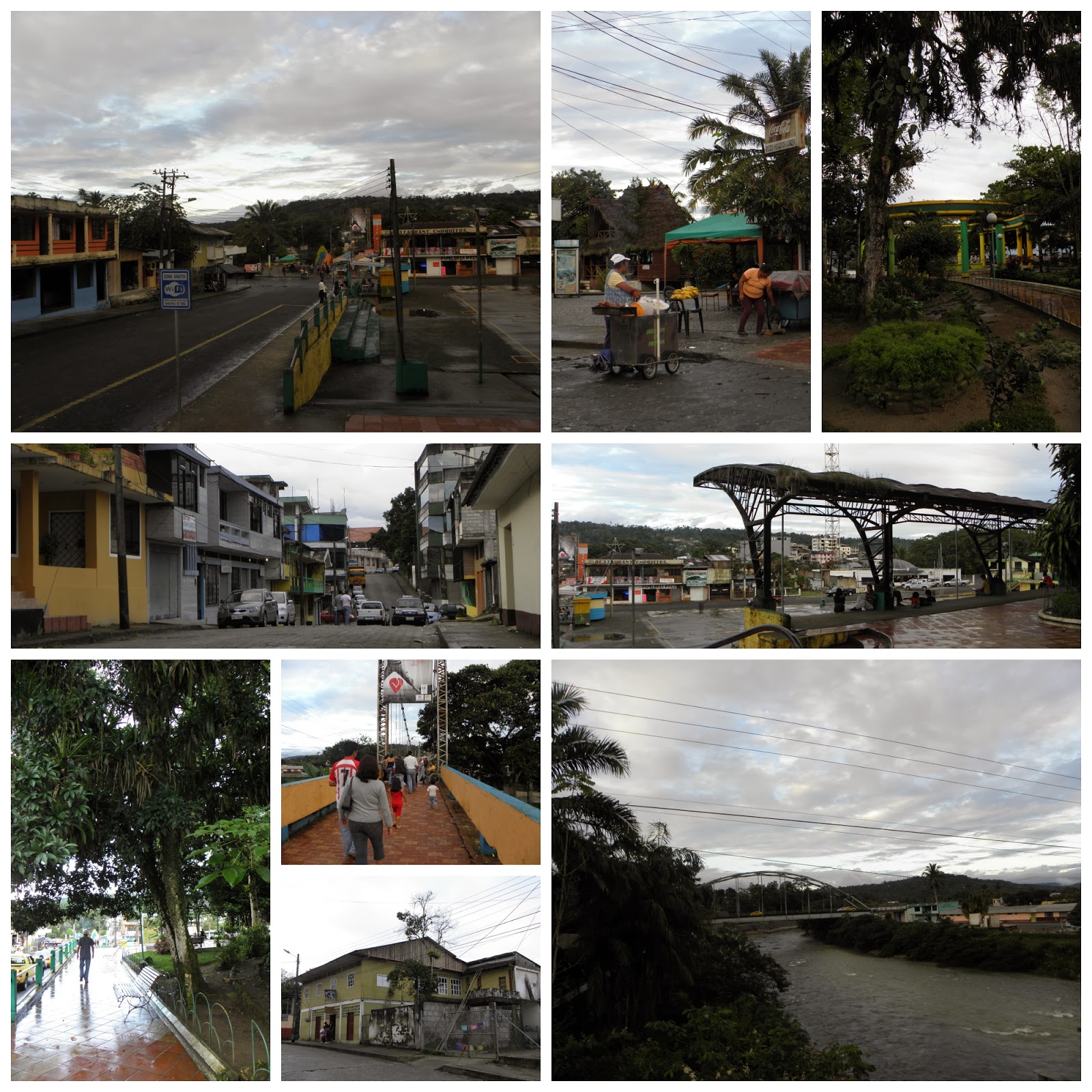 1. The capital of Napo province, Tena was founded in 1560 by missionary explorers and Spanish conquistadores. It was plagued by early indigenous uprisings. Jumandy, chief of the Quijos, led a fierce but unsuccessful revolt against the Spaniards in 1578. He was finally caught and brought to Quito to stand a judgment, and later on publicly executed.

Tena is also known as the “cinnamon capital” of Ecuador and it was once an important colonial trading post in the Amazon. Although it is the commercial center and the capital of the Napo Province it has a population of just over 13 000 people and it still operates as a small town. This has made it possible for Tena to retain much of its culture and traditional lifestyle.

At the same time Tena is the home to a major regional hospital and many tourist related businesses, including a small size airport and a vital bus terminal. The anniversary of Tena’s foundation is celebrated on November 15, when live music and community events take place the entire week. 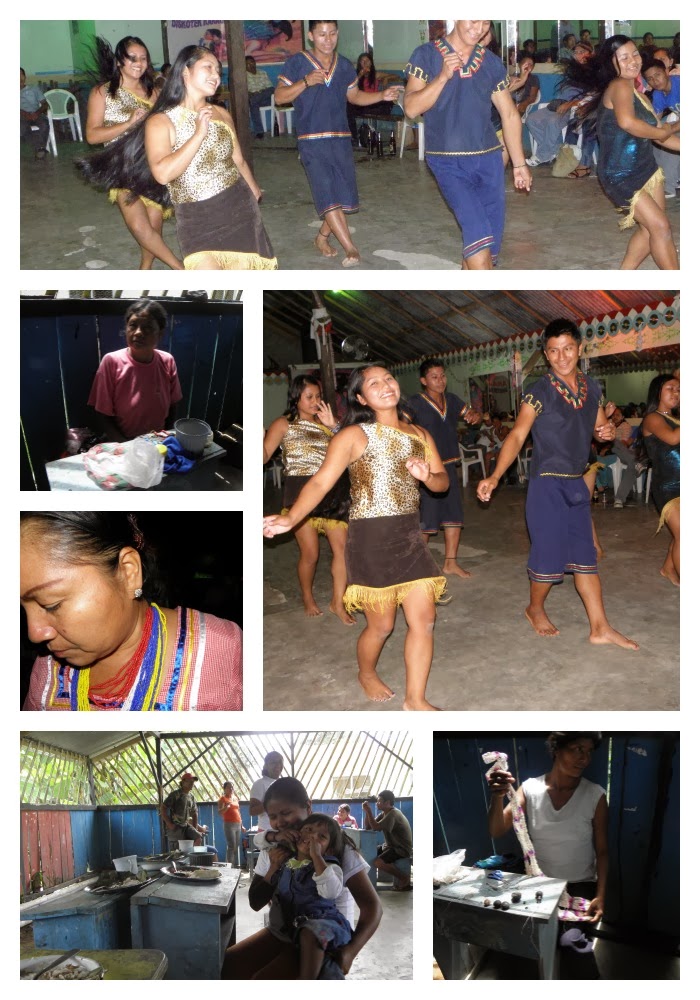 2. Tena isn’t a very large city. Actually it is small enough so that there is not much trouble getting around. The city is divided into two halves by the rivers Tena and Pano and connected by two bridges, one for pedestrians and the other one for motor vehicles.

There are several sand and pebble beaches on both sides of the river where you can enjoy fresh river water on a hot day. As well as a number of plazas and parks, the most conspicuous of which is the Parque Amazonico, in the center of the city.

There is also a botanical garden and zoo located on a small peninsula between the rivers Tena and Pano and visible from the pedestrian bridge. A nice riverside walkway goes on the western bank of the river Tena where you can watch the scenery and enjoy the river’s breeze.

But Tena’s claims to fame are the rainforest and rivers that surround it. The jungle, especially if you get outside the city 15 or 20 kilometers, is impressive. First-timers will be changed forever after they lay their eyes on a pristine stretch of Amazon. 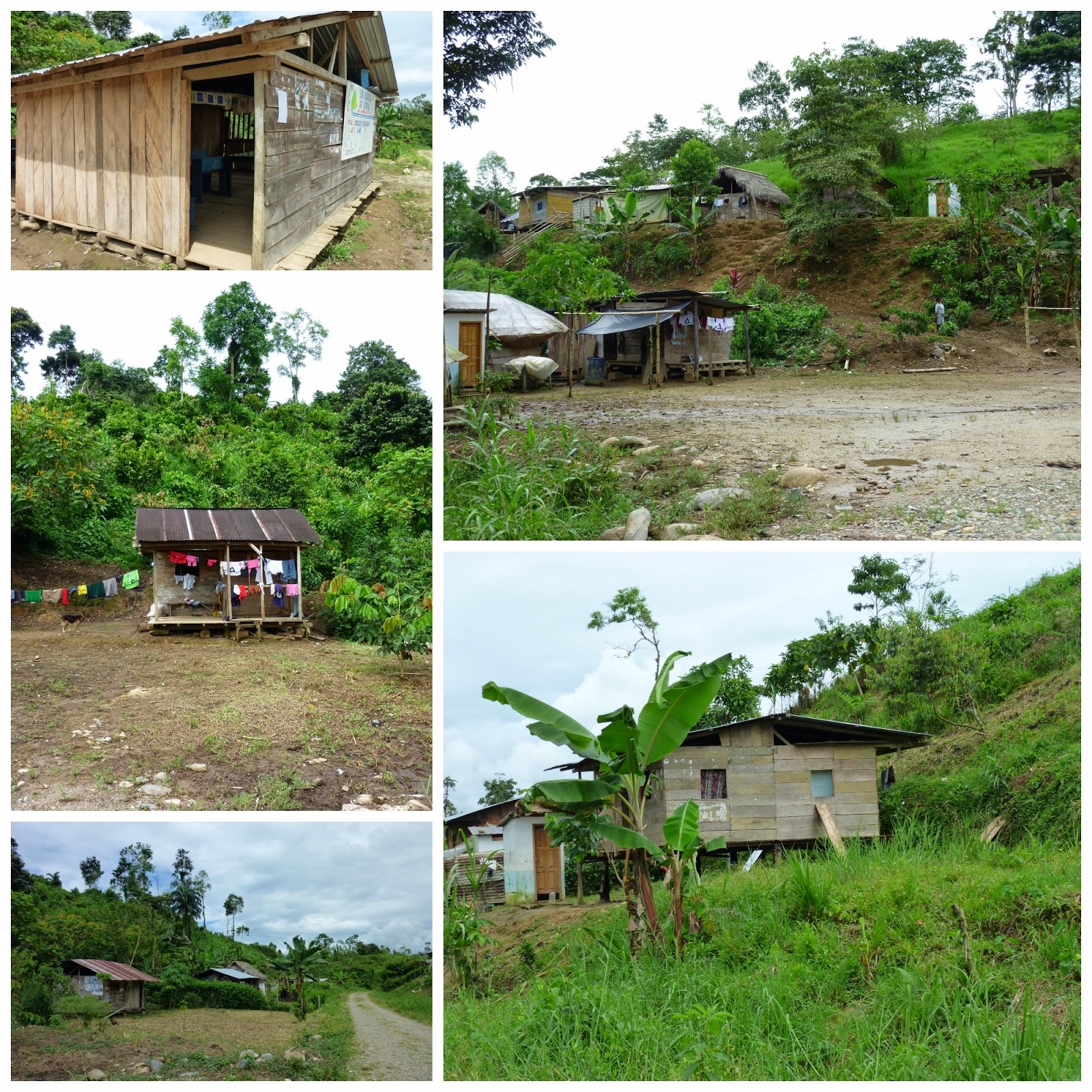 3. Tena is surrounded by forested hills and is located at the edge of the Andes, which are visible to the west.

The climate in Tena and around is hot and humid. But for a rainforest city, Tena’s climate is surprisingly comfortable. It’s cooler, due to its elevation, and drier than most people expect.

There’s rainfall year-round and the heaviest rains come in June, July, and August, but even in this very wet time it doesn’t necessarily rain every day or all day when it does rain. The rain is pleasant and warm, like the rain that those of us from the northern hemisphere only get in the sweltering heat of summer, but if you plan to be outside for long periods even warm rain can bring down your body temperature so it’s wise to have a raincoat. 4. Tena is popular with travelers, since it is known as being peaceful, orderly, clean and more geared towards tourists. Many inexpensive hotels, tourist agencies, and restaurants cater to backpackers who commonly use the town as a jumping-off point for trips into the rainforest.

It can be seen as the quintessential South American jungle town, the kind of place you expect to run in to Indiana Jones stocking up on supplies before setting out in search of a lost city. Many tourists come here with that image in their heads, and in some sense it is true. Because if you’re in Tena, you’re in for an adventure and it is an adventure that involves jungle trekking, river crossings, amazing views and wild animals.

Sumaco volcano is located in the isolated Sumaco Napo-Galeras National Park. Reaching it is one of the most intense experiences to be had in Ecuador. The volcano soars 3732 meters above the jungle and is surrounded by precipitous ravines and dense jungle, which have largely kept humans out and preserved its flora and fauna. 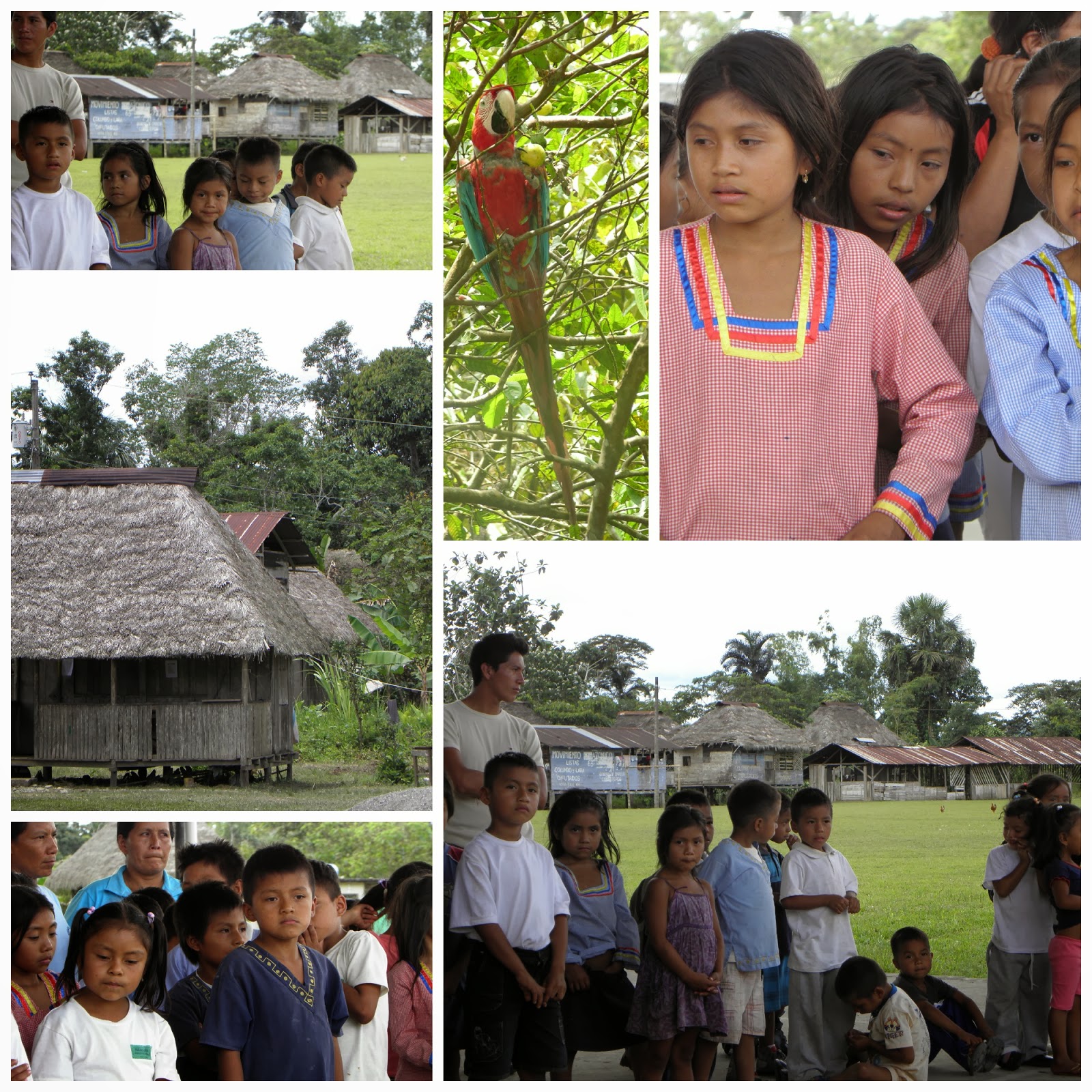 5. Just six hours southeast of Quito in bus, Tena is the perfect launching point for a jungle trek, a spelunking expedition, or a rafting or kayaking trip down one of the countless rivers that pass through or by the city.

Tena has reached near legendary status with whitewater enthusiasts and boasts the best rafting and kayaking in Ecuador and, some say, the world. The jungle rivers on the Amazon side of the Andes are bigger and have more consistent flows than their west-Andean counterparts. They are also the cleanest and most scenic rivers in Ecuador.

According to Lonely Planet, Tena has evolved as the ambassador of the jungle, a cheerful hodgepodge with two fat rivers intersecting at its heart. White-water paddlers get giddy in the rafting and kayaking capital of Ecuador; there are so many rafting options and a cold beer and toasty bed back in town. Even if the river’s not your cup of tea, this is a good place to kick back and visit nearby waterfalls and indigenous communities. Breezes off the Río Tena and Río Pano keep the climate comfortable. 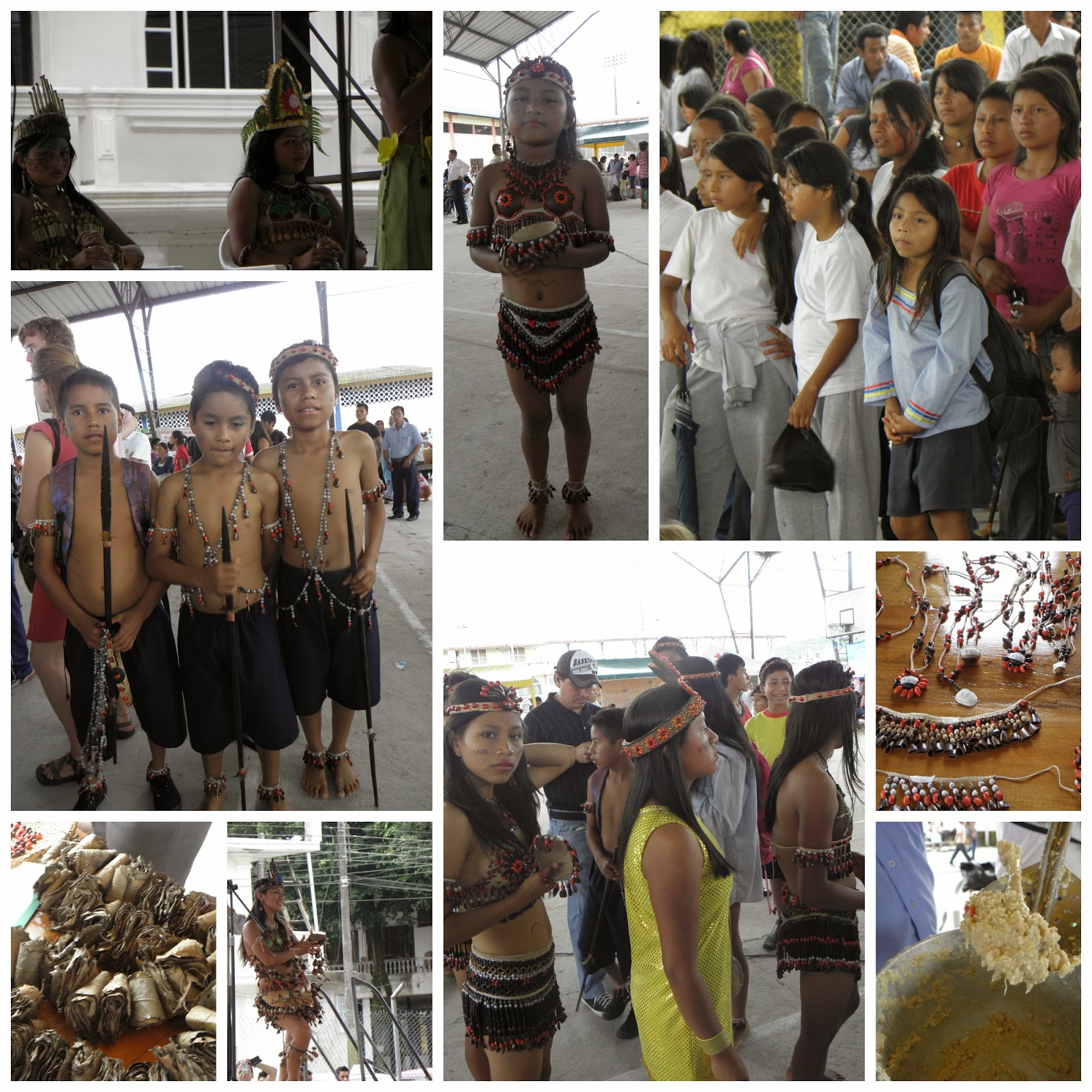 6. Today, the area around Tena is largely agricultural – cattle ranches and coffee and banana plantations abound. The area surrounding Tena supports a large population of lowland Kichwa Indigenous people, who live further out in the forest outside the city.

It is possible to visit many of these communities and to observe and sometimes participate in traditional dancing, the preparation of chicha (an alcoholic drink made by masticating corn, rice or cassava and fermenting the juice), festivities, traditional life and communal activities.

Tena and its surrounding indigenous communities are also bases for many volunteers working for reforestation projects, with community support in development initiatives in diverse, but connected areas such as bio-piracy, ecotourism and capacity building.

Email ThisBlogThis!Share to TwitterShare to FacebookShare to Pinterest
Tunnisteet: culture and ethnicity in Tena, Ecuador, Napo, Tena, what to do in Tena, where to go in Tena
Sijainti: Tena, Ecuador