10 Places In Ecuador You Must Visit 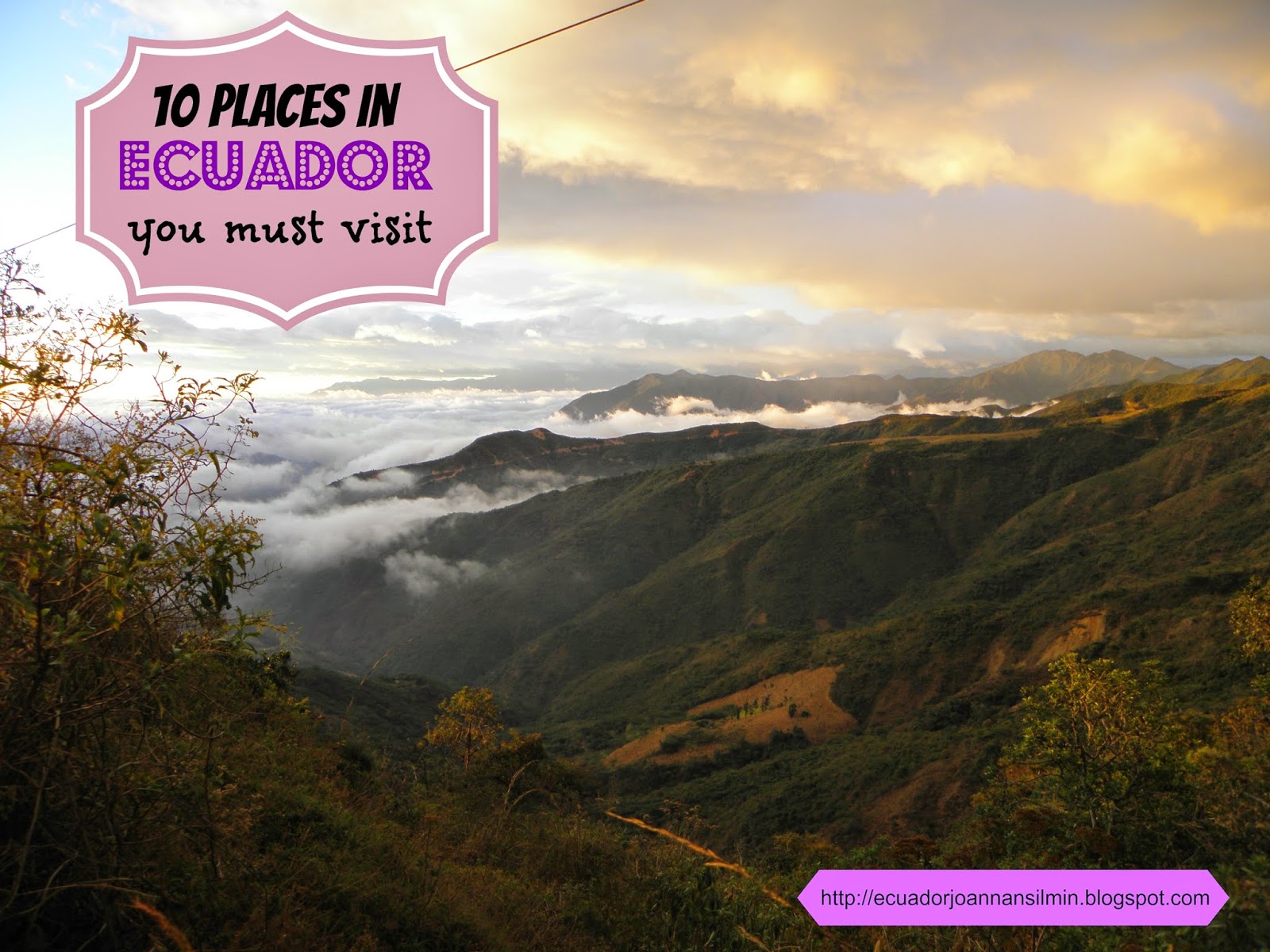 Ecuador is a land of rich culture and history.

It has landscapes that range between lush, tropical rainforests and glacial volcanoes.

The biggest mega diversity of the planet has its home in Ecuador, the middle of the world.

With a privileged climate and the most amazing landscapes, the essence of Latin America fuses itself to create an unforgettable and unique destination.

Whether exploring the exquisite churches of the nation’s capital, Quito, or whitewater rafting down pristine tributaries of the great river Amazon, visitors to the nation that straddles the Earth’s equator will come away with amazing travel memories.

When preparing for a visit in Ecuador, keep in mind that there are some places that you cannot miss. 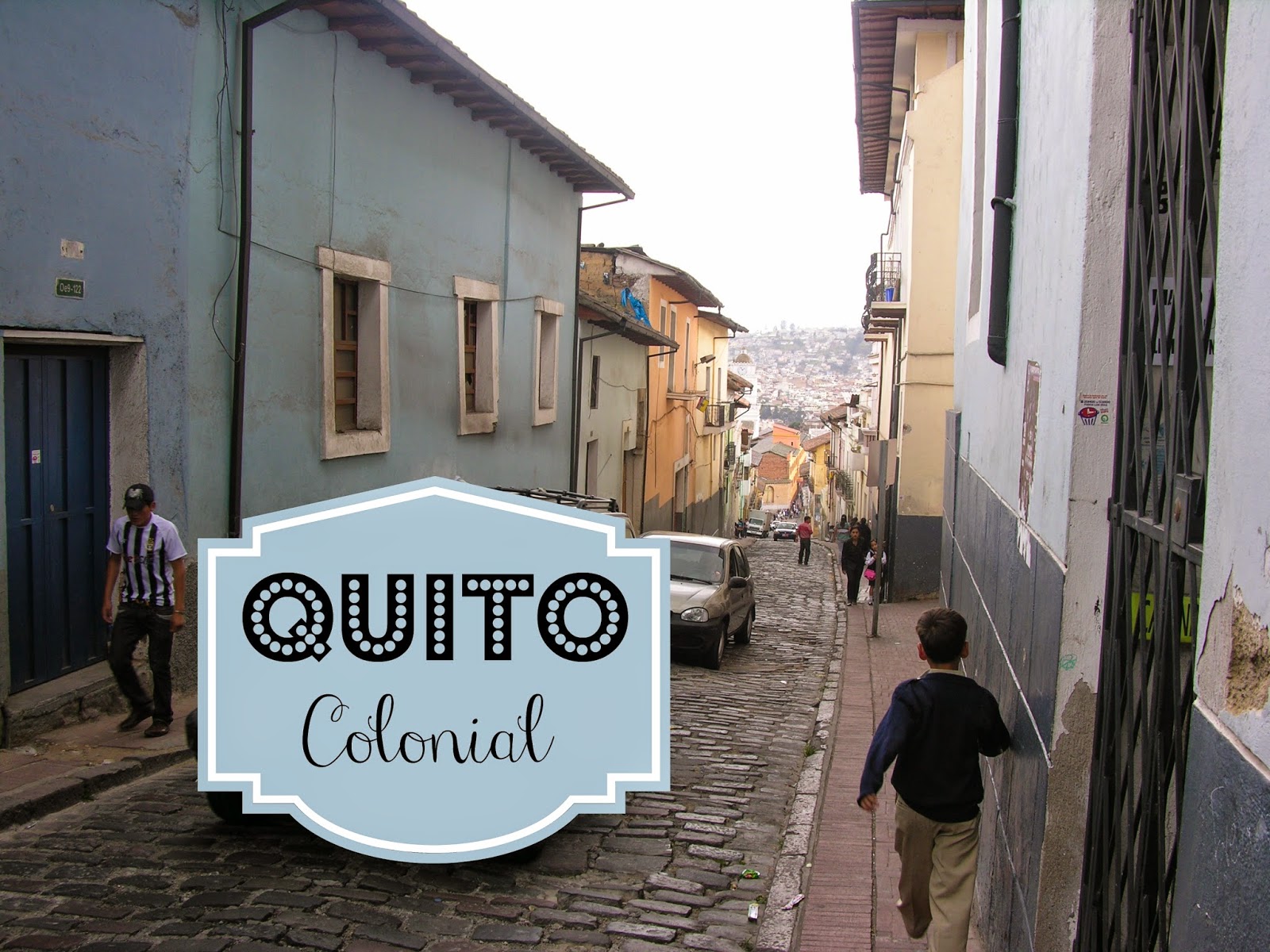 High in the Andes, Ecuador’s capital, Quito, unfurls in a long north–south ribbon, more than 35km top to bottom and just 5km wide.

To the west, the city is dramatically hemmed in by the steep green walls of Volcán Pichincha, the benign-looking volcano which periodically sends clouds of ash billowing into the sky and over the streets.

Eastwards, Quito abruptly drops away to a wide valley known as the Valle de los Chillos, marking the beginning of the descent towards the Amazon basin.

The compact old town, known as the centro histórico, is the city’s undisputed highlight, a jumble of narrow streets and wide, cobbled plazas lined with churches, monasteries, mansions and colourful balconied houses. 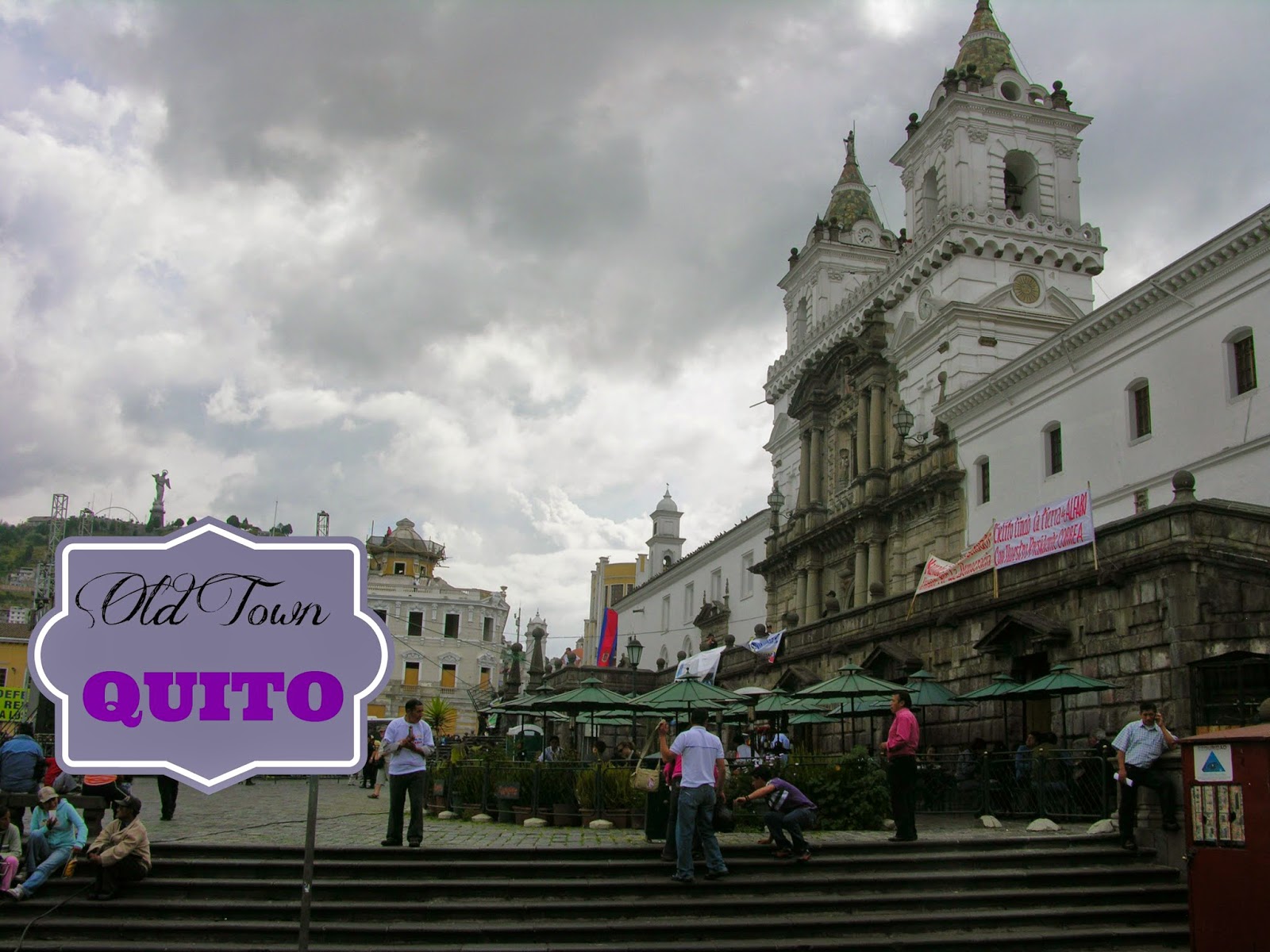 A UNESCO World Heritage Site, the old town contains some of the most beautiful Spanish Colonial architecture on the continent and the frenetic crowds of indígenas and mestizos that throng its streets give it a tremendous energy.

As a major crossroads with 1.8 million residents, Quito is a busy transit hub to which travellers usually return between forays to the jungle, the coast, the Galápagos Islands and the northern and southern sierra. 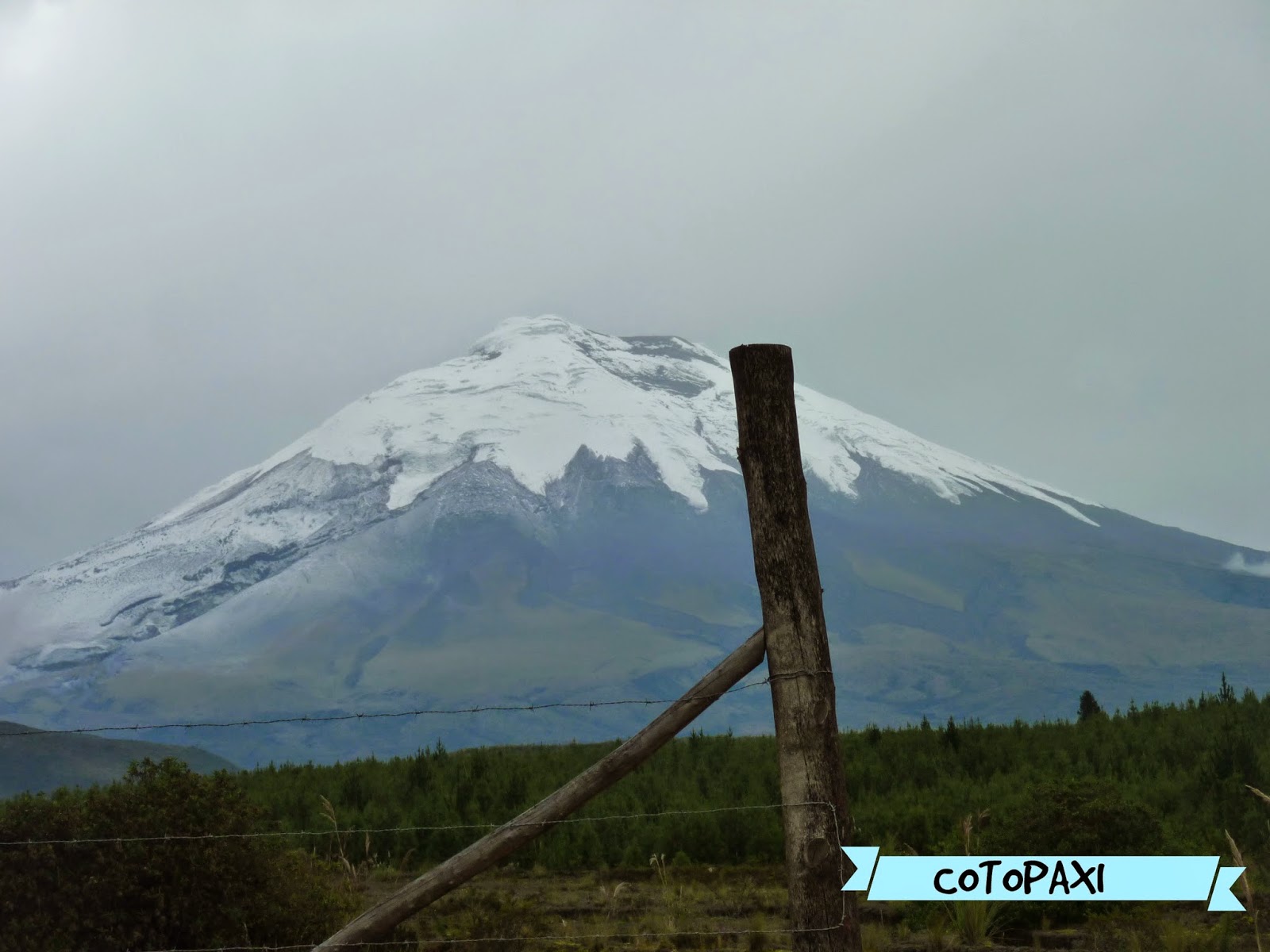 The volcano has one of the few equatorial glaciers in the world, which starts at the height of 5,000 meters (16,400 ft).

Its snow covered peak is clearly visible from Quito.

Cotopaxi is also one of the highest active volcanoes in the world with more than 50 eruptions since 1738, although its present activity is limited to a few steam fumaroles. 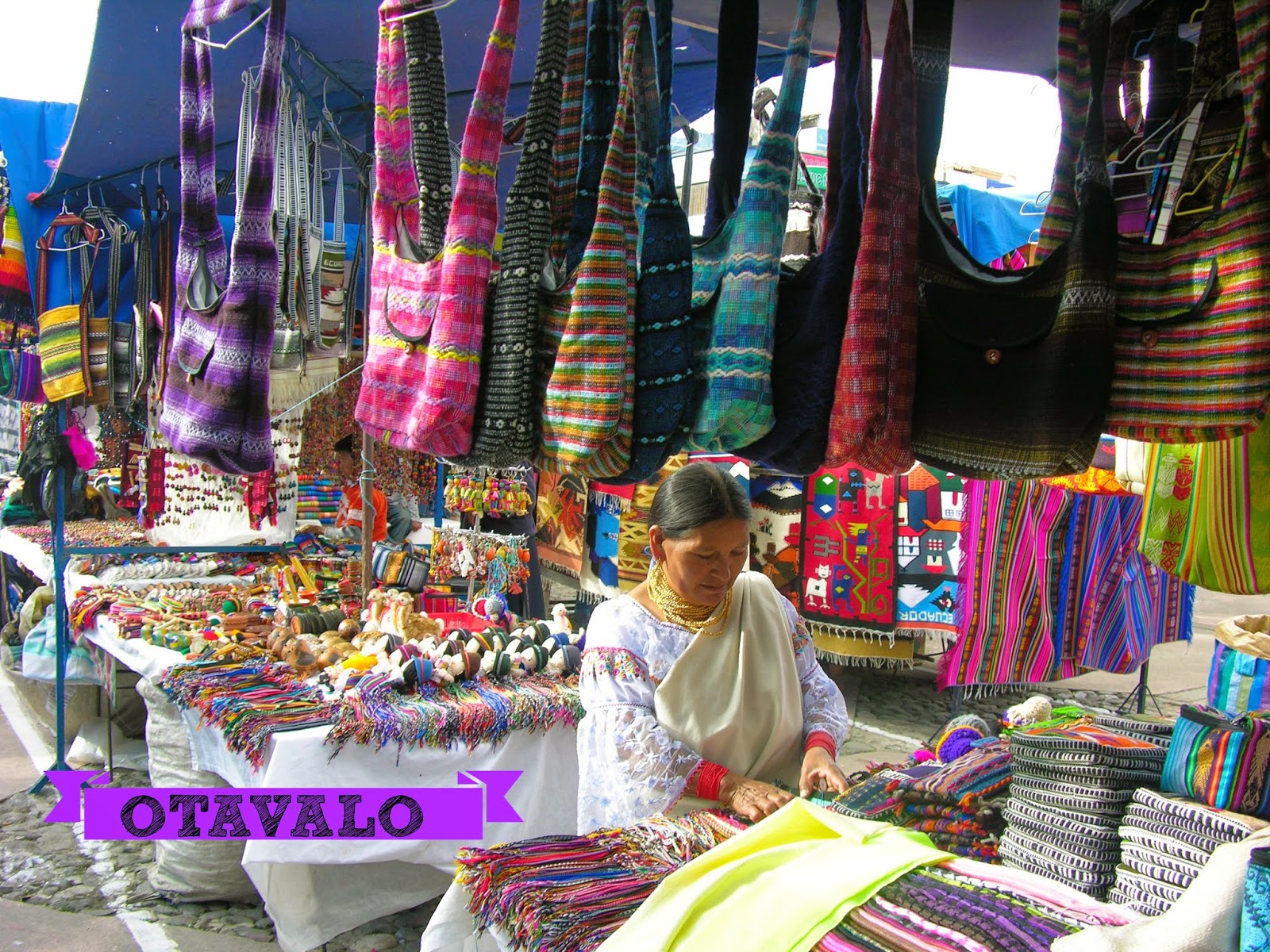 Part of the fun of traveling in Ecuador is exploring the handiwork crafted by local artisans, and there’s no better place to see and purchase local arts, crafts and clothing than at the markets in the small town of Otavalo.

The city is known the world over for the handiwork of its indigenous people, the Otavalos.

Every Saturday, in the city’s Plaza de Ponchos, a broad array of jewelry, wood and stone carvings and woven clothing are offered for sale.

The small town of Baños lies at the foot of the active volcano Tungurahua.

Named after the hot springs fed by the thermal waters of the volcano, Baños is one of the most popular tourist spots in Ecuador.

Known as the “Gateway to the Amazon,” Baños is a favorite departure point for jungle tours.

The thunderous Pailon del Diablo waterfall, surging over a gorge where the Rio Verde and Rio Pastaza meet, is the most impressive.
There are a lot of different activities for adventure travelers, from volcano trips to the erupting Tungurahua, to biking down the windy road till the Amazon basin.

For those who prefer quieter experiences Baños is filled with spas where you can enjoy the thermal waters. 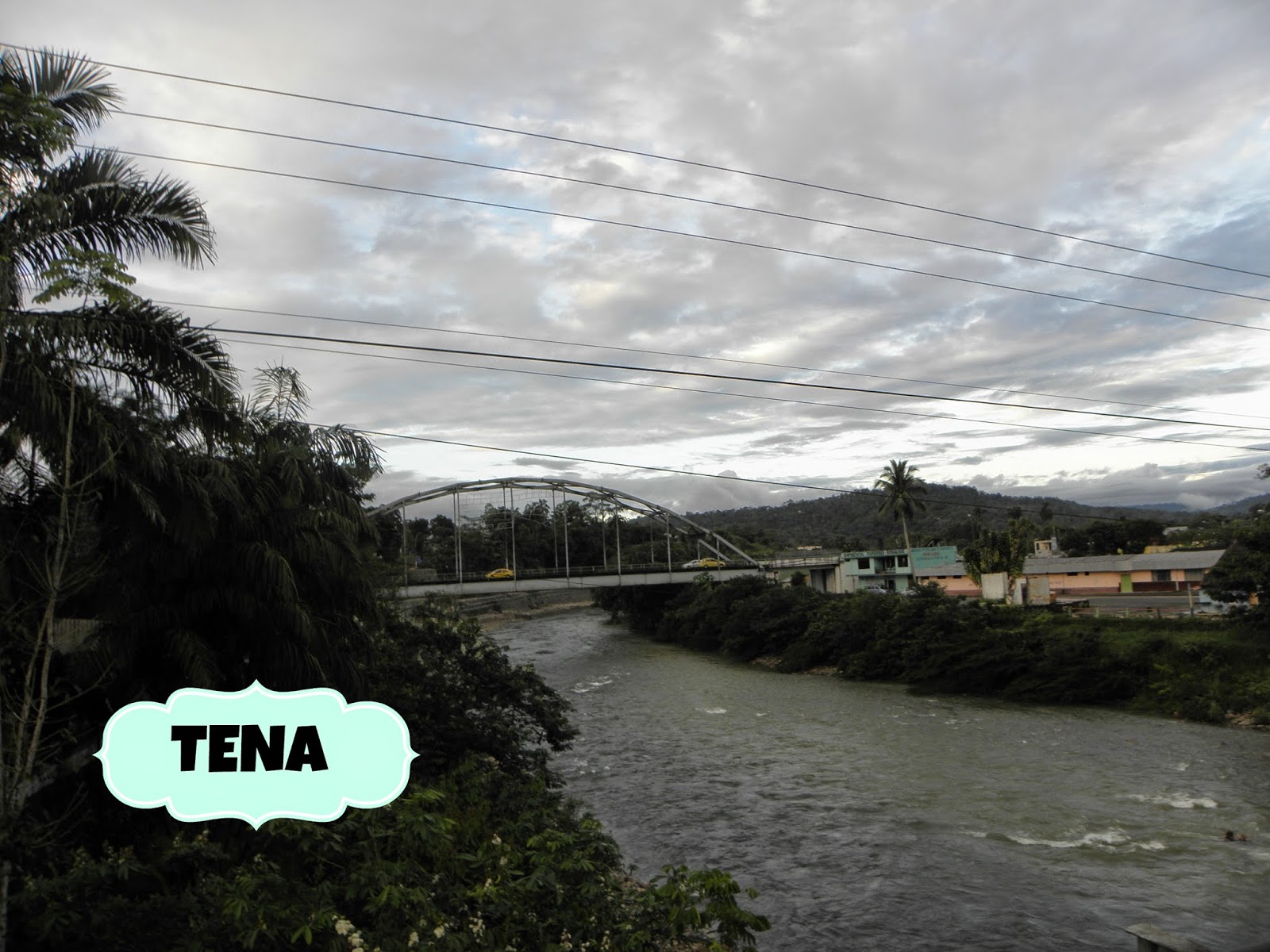 Situated in the Amazon rainforest region of Ecuador, for tourists, Tena serves as a launching point for jungle adventures.

Missionaries founded the town, and a cinnamon industry helped the city survive.

The Tena River joins with the Misahualli River, and then with the Napo River, a tributary of the Amazon.

Adventure enthusiasts cite Tena as one of the best places in the world for whitewater rafting and kayaking.

The country side around Tena is the home of Amazonic Kichwa people. 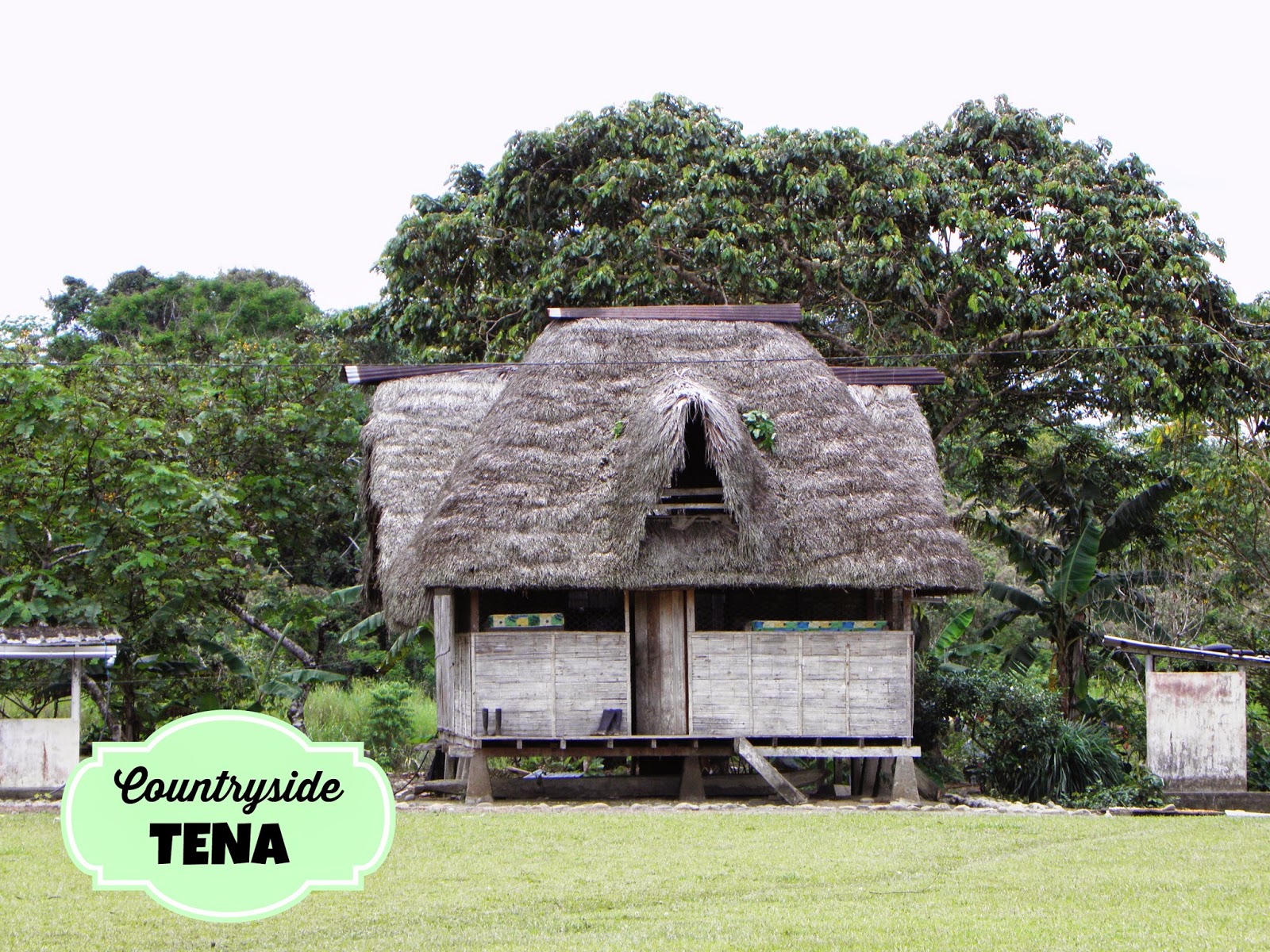 There are countless opportunities for community tourism in Kichwa villages that offer the lifetime chance of seeing how the people live their traditional life. 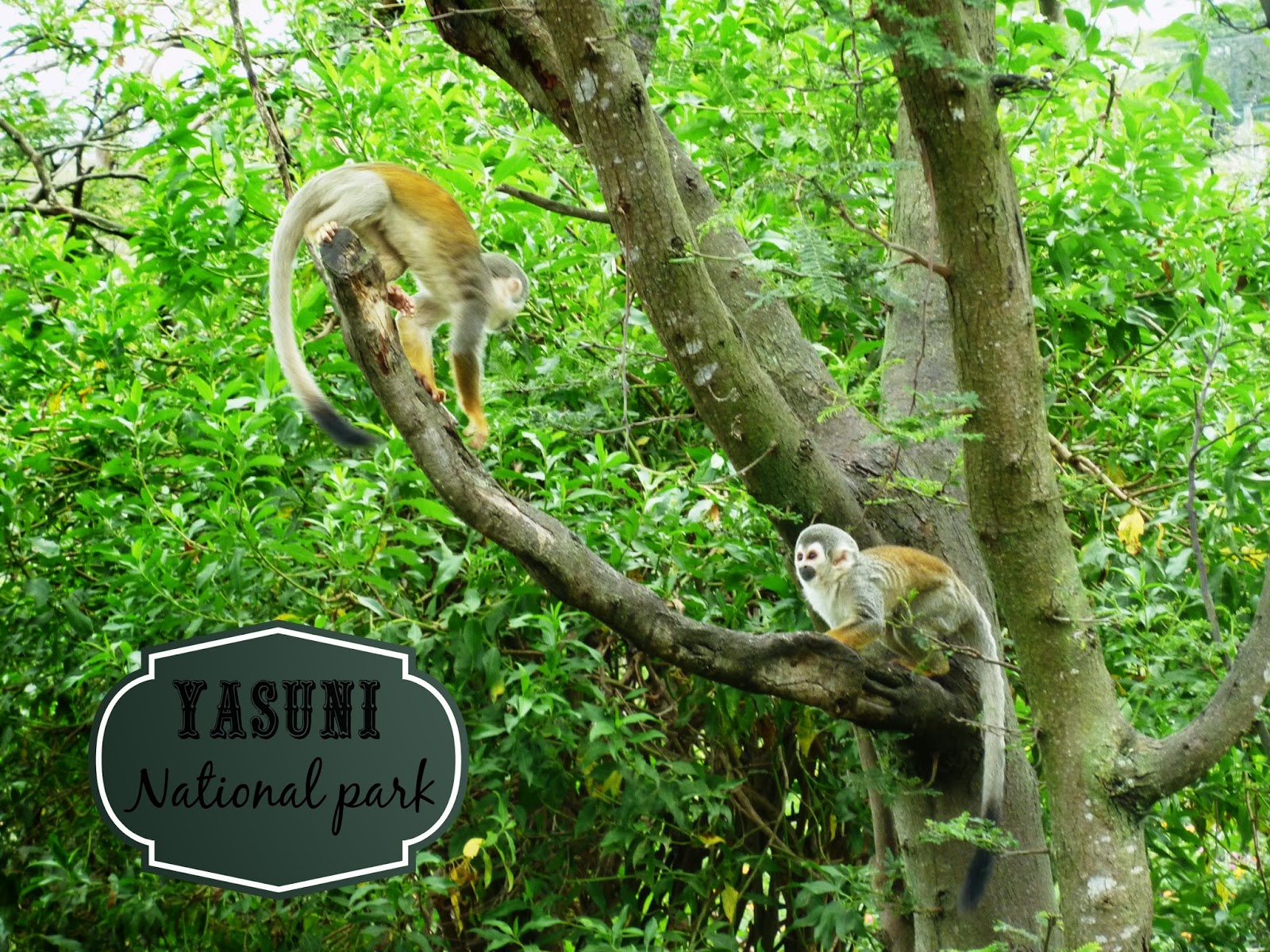 Yasuni National Park is part of a small, unique zone with the maximum biological diversity in the Western Hemisphere.

Eastern Ecuador (the location of Yasuni) and northeastern Peru have the highest number of species in the hemisphere based on data on birds, mammals, amphibians, and plants.

To highlight this point, researchers have found more tree species (655 to be exact) in a single hectare in Yasuni than in all of the US and Canada combined.

Yasuni also contains the highest biodiversity of reptiles and amphibians in the world with 271 species. 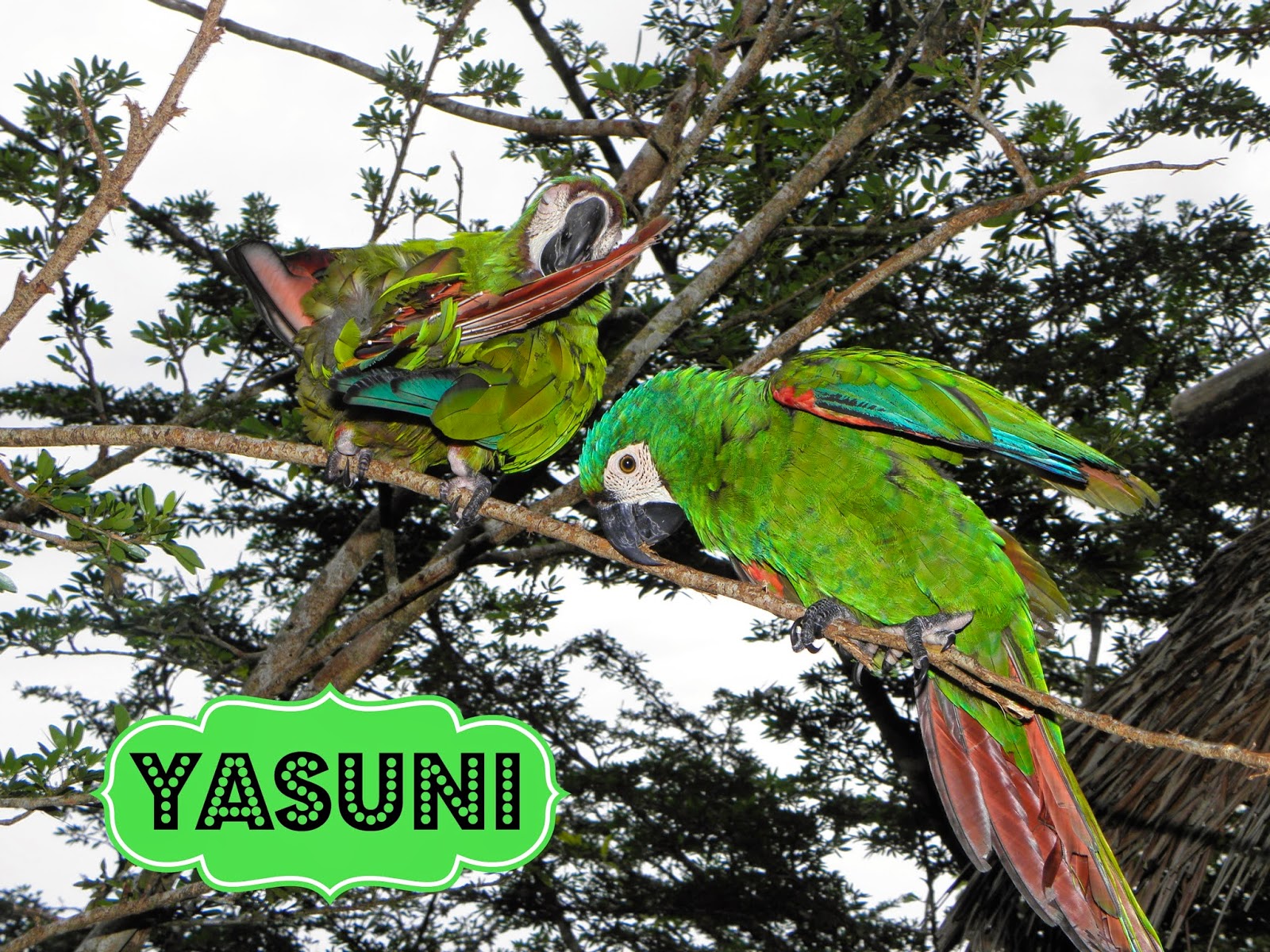 Yasuní is a spectacular rainforest home to iconic Amazonian denizens including jaguars, tapirs, macaws, sloths, monkeys, anacondas, caiman and much more, is the ideal setting for those wishing something wild. 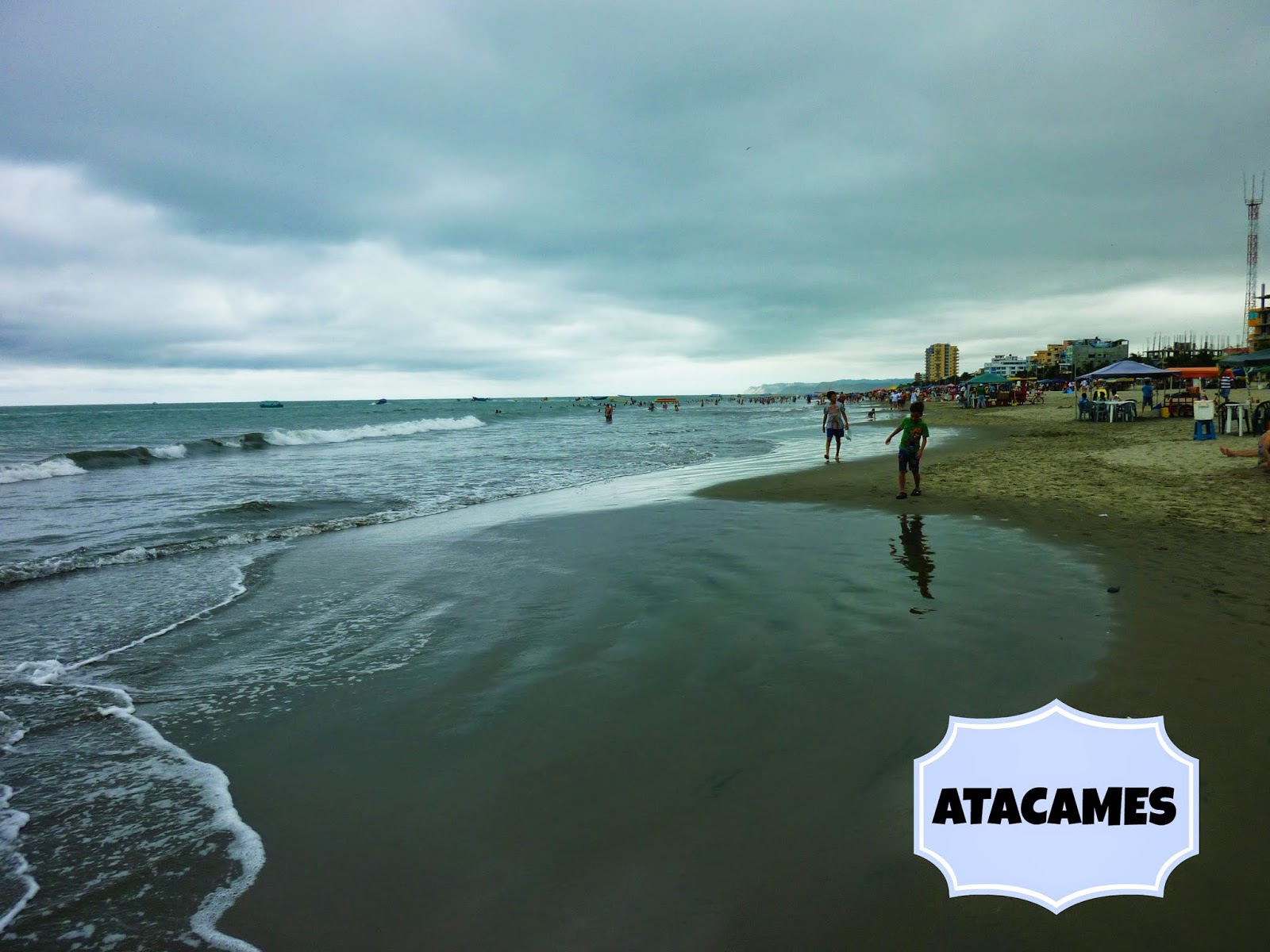 Atacames, located in the North of the Coast of Ecuador in the Province of Esmeralda, is a small fishing village that has grown to cater tourists that are looking for more than just relaxing.

The beach area has a boardwalk and tons of bars right on the sand in the form of huts.

These huts have either hammocks, or swings besides regular tables and chairs where you can spend the entire day, away from the burning sun if you desire, admiring the sea, hearing music and enjoying a chilling drink like Caipiriña. 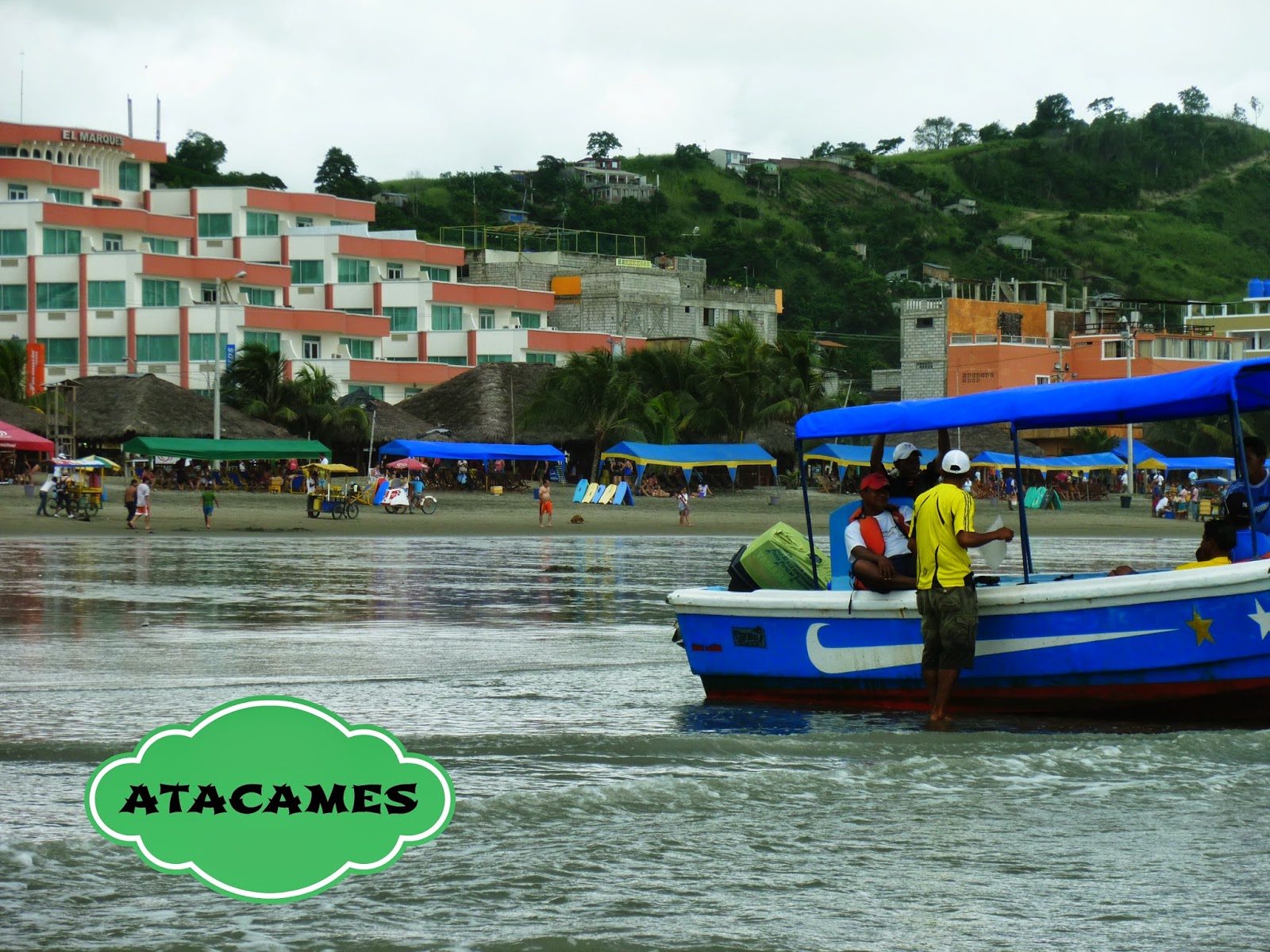 It is very popular among domestic tourists and during July and August, Atacames fills with tourists coming from Quito to enjoy the sun, the beach, the music, the nightlife and the food. 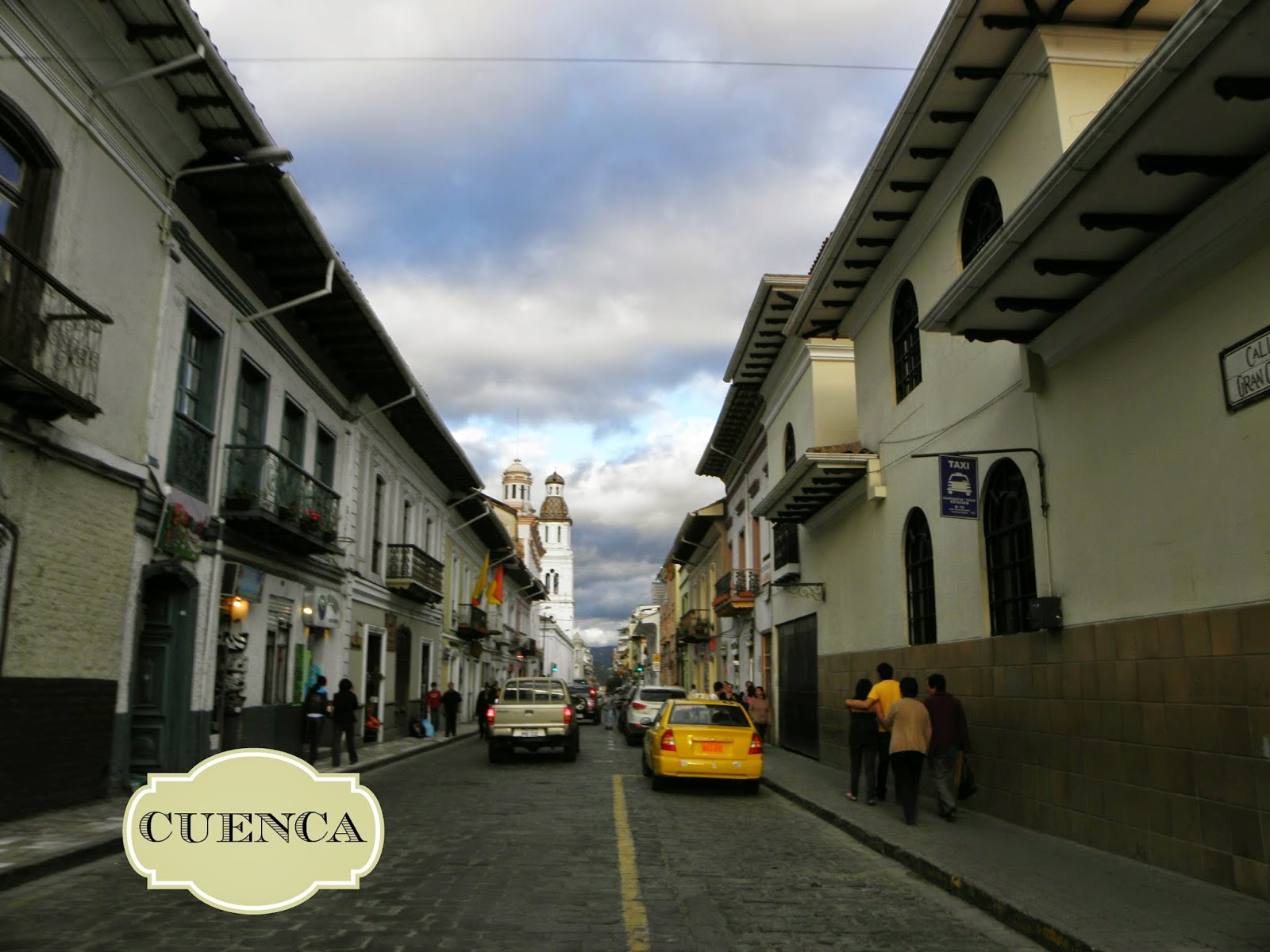 The colonial city of Cuenca is the third largest in Ecuador and popular for its year-round temperate climate.

With its beautiful architecture, interesting people and ancient history this culture filled town is the favorite of many expats living in Ecuador.

Writers and poets have long flourished in arts-oriented Cuenca,  the capital of the Azuay province.

Debating the relative beauty of Cuenca and Quito is a favorite pastime in these parts, but an impossible issue to resolve.

In terms of grandeur, Quito wins hands down. But Cuenca – that colonial jewel of the south – takes the cake when it comes to beauty. 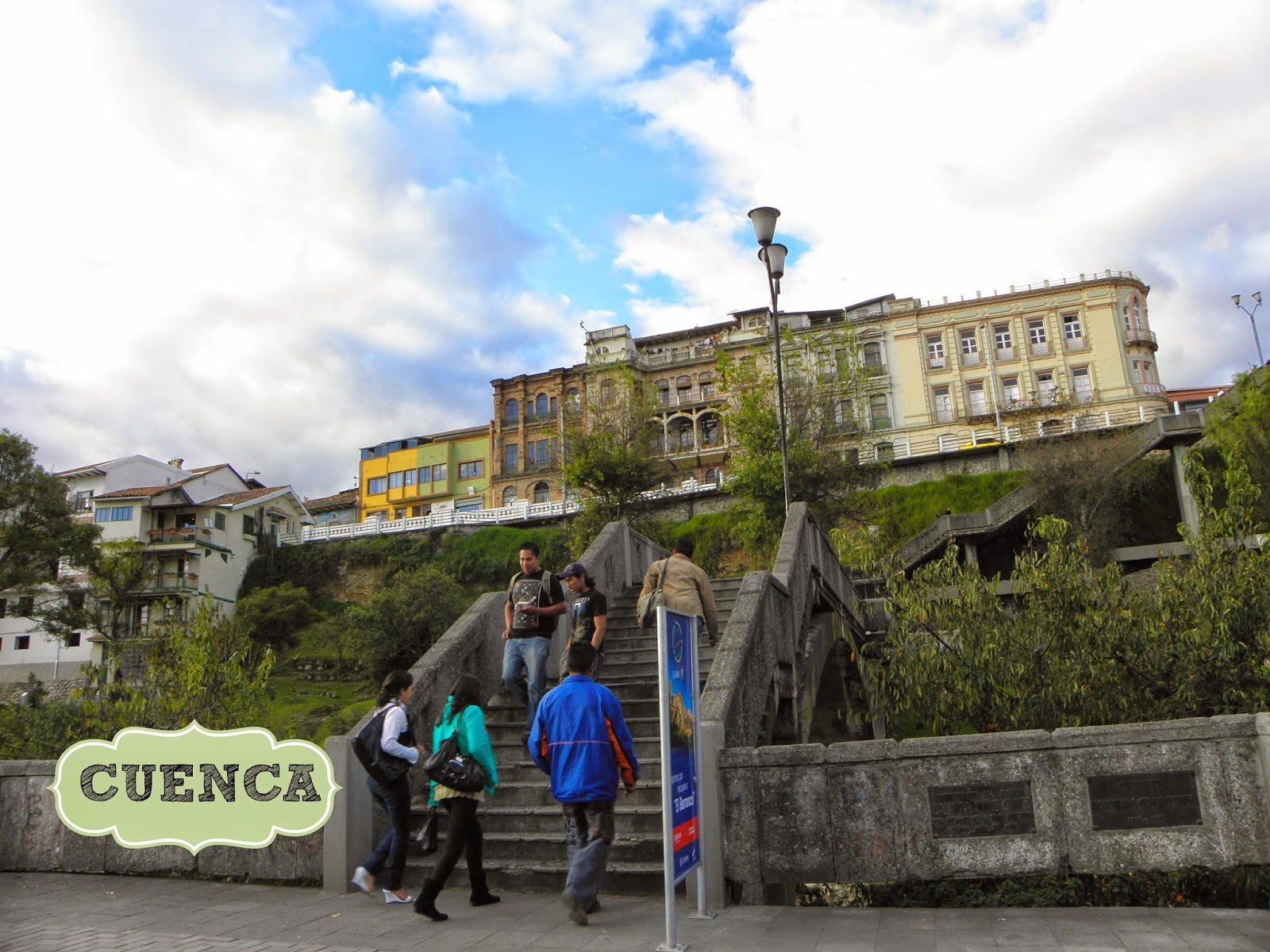 Its narrow cobblestone streets and whitewashed red-tiled buildings, its handsome plazas and domed churches, and its setting above the grassy banks of the Río Tomebamba, where women still dry clothes in the sun, all create a city that’s supremely impressive.

Though firmly anchored in its colonial past, Cuenca also has a modern edge, with international restaurants, art galleries, cool cafés and welcoming bars tucked into its magnificent architecture. 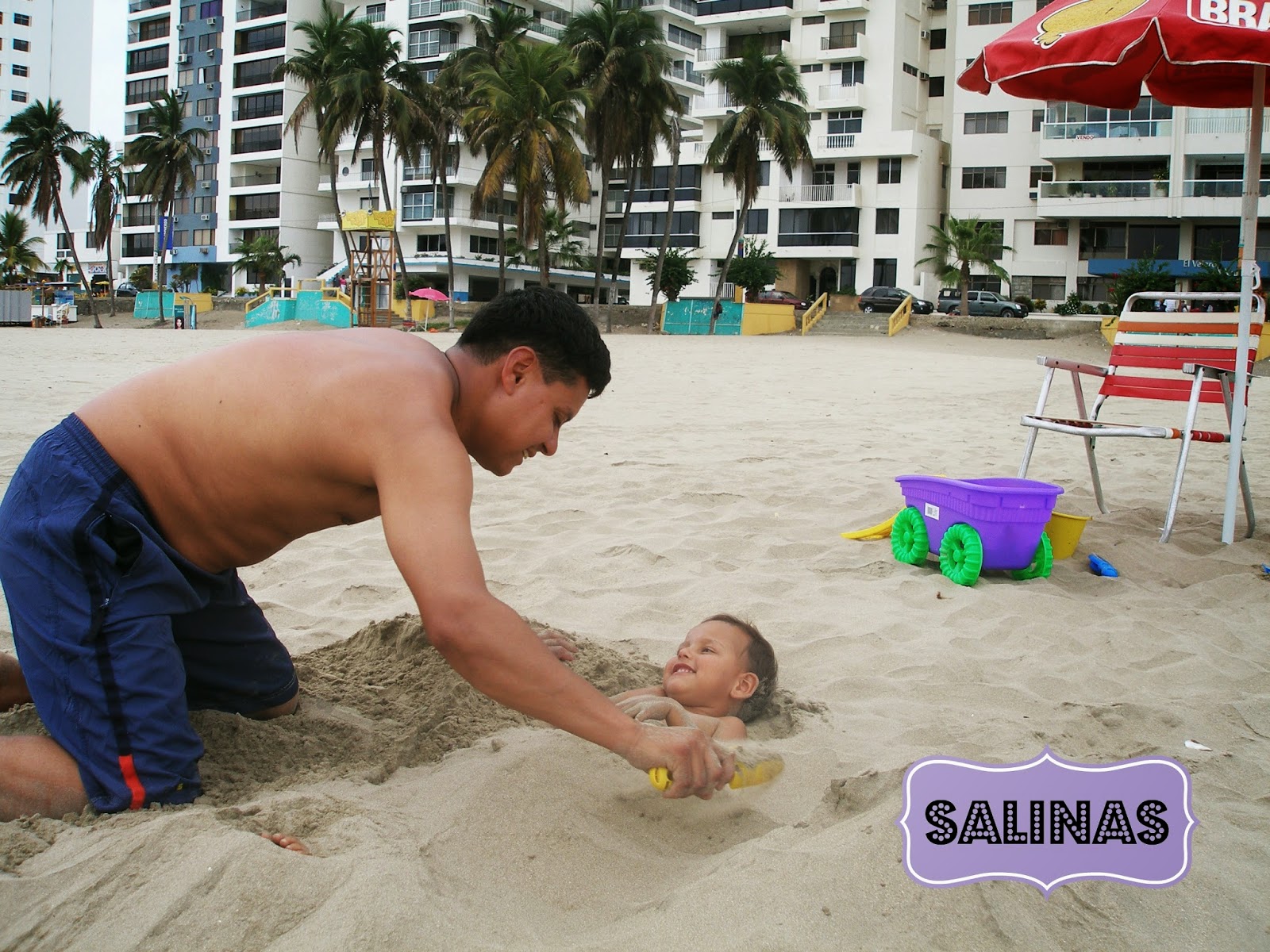 Salinas is considered the best tourist beach resort in Ecuador and the Pacific coastline by many visitors.

The sandy moon bay arcs around the resort with dozens of high rising apartment blocks belonging to the wealthier Ecuadorian and foreigner overseas residents overlooking the main road fronted by colorful shops, restaurants, bars, an historical marine museum and major hotels with casinos encased in the latter.

Salinas, is also the main starting point to the scenic Pacific "Ruta de Spondylus" (Spondylus Route) with many tourist resorts and attractions to drive through.

The high season in Salinas (December - April), is party time with plenty of night life and nice bars to enjoy along the main frontage of the bay.

Salinas, offers the most developed tourist infrastructure (regarding to accommodation, beaches, resorts and other attractions) together with the most exiting whale watching tours with luxurious yachts and professional guides in Ecuador. 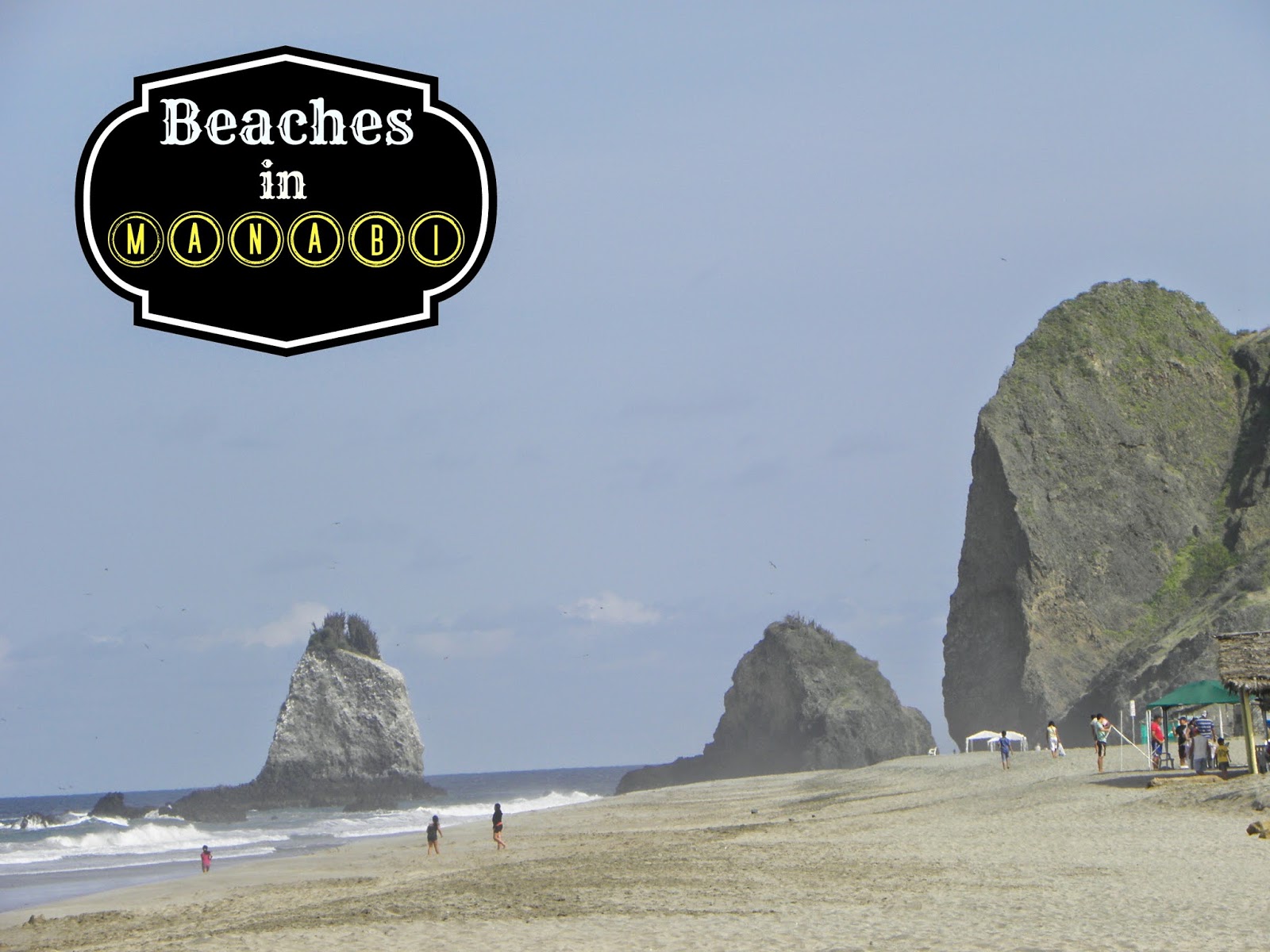 Don’t let anyone sell you on one specific Ecuadorian beach.

Which one you’ll fall in love with will depend upon your personal tastes, so explore to your heart's content until you find the perfect one for you.

There are quiet, lonely beaches with great expanses of sand and very little infrastructure.

There are noisy beaches crammed with vacationers on holidays and weekends, drinking, carousing and partying.

Manabi province along the Pasific ocean is the home of countless beaches in Ecuador.

For many surfers Ecuador is one of the countries with the best worldwide beaches for surfing.

The beaches can be found along the “Ruta de Spondylus” (Spondylus Route) and are natural paradises due the combination of perfect weather and a cozy athmosphere, thanks to the warmth of their people. 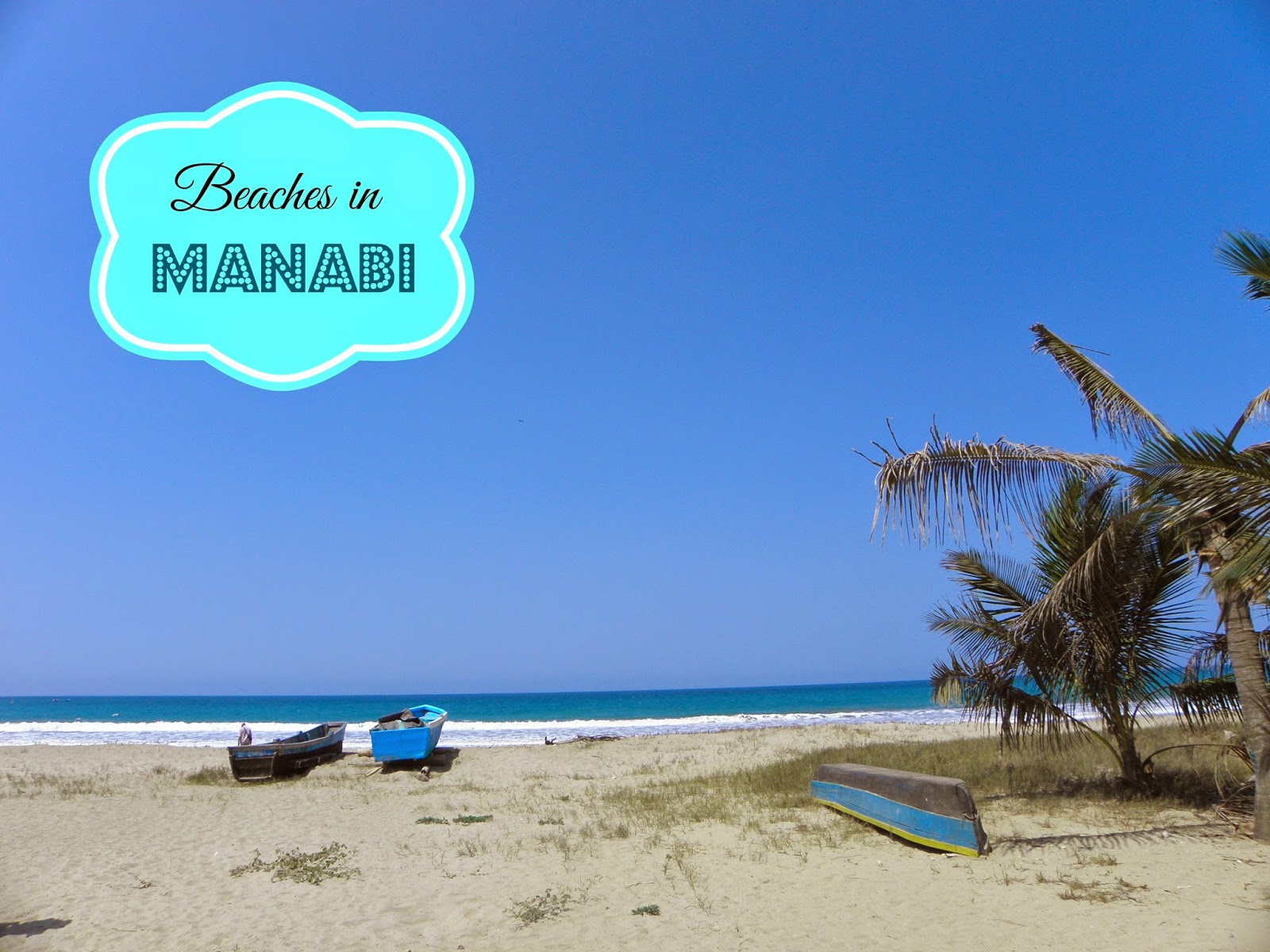 Ecuador’s beaches of Manabi from Pedernales south to Manta are stunning and the weather and water are warm.

Most of the beaches go along for miles and have not been really developed for the tourism nor are they populated.

Travelling by car you can easily find deserted places with no one else but the birds around to enjoy the sun and the sea.

There are also many beach towns along the road with hotels and hostels and the amazing food that can only be found in Manabí. 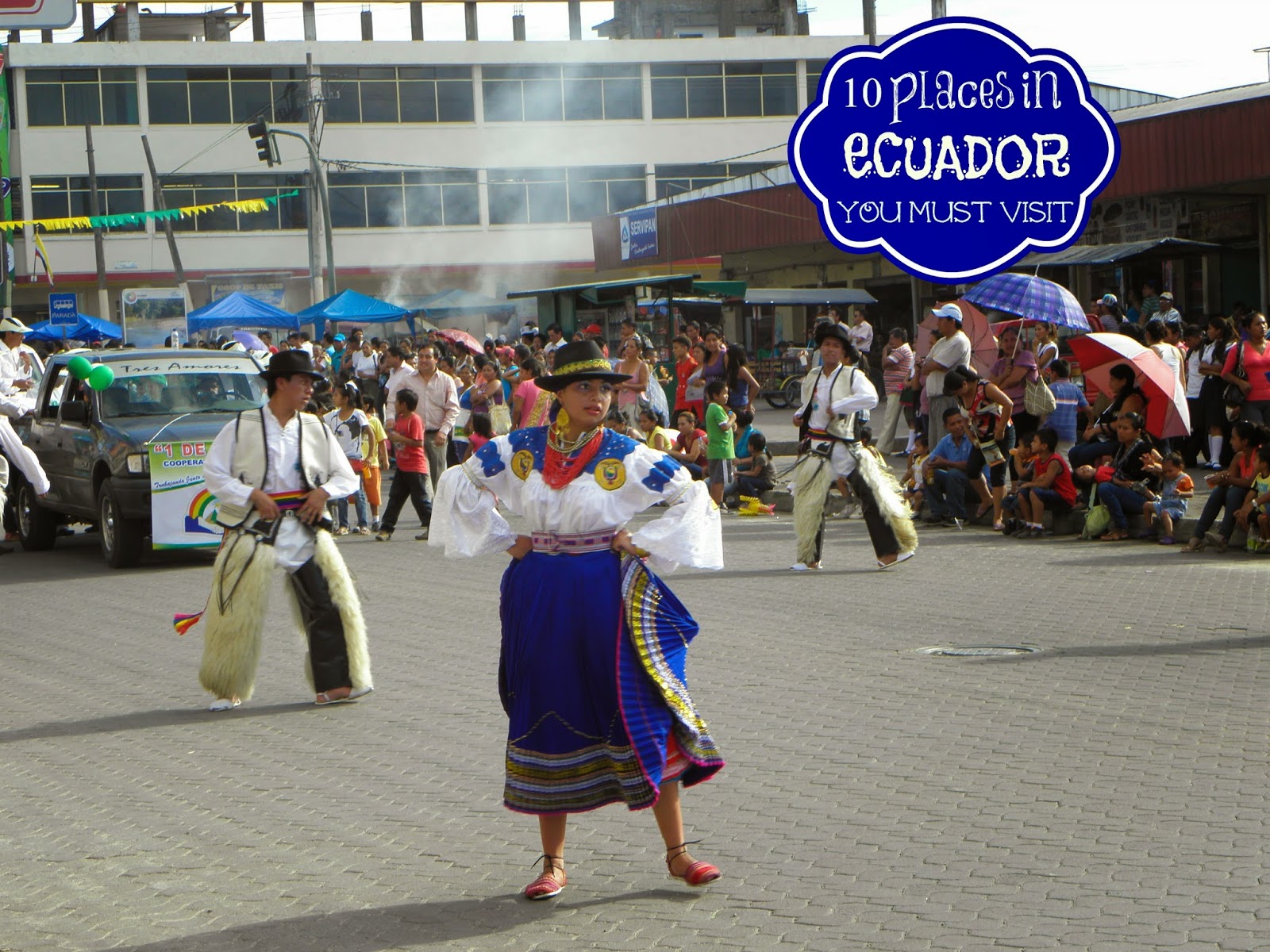 Email ThisBlogThis!Share to TwitterShare to FacebookShare to Pinterest
Tunnisteet: 10 places in Ecuador you must visit, Ecuador, tourism, where to go in Ecuador
Sijainti: Ecuador