One of the most remarkable experiences for me in Ecuador has been the indigenous people's struggle for their rights.

When I first came to Ecuador it was exciting, dangerous, interesting, exactly what I imagined traveling through the world would be.

Then I started to see then injustice, the unfairness of the social system.

The five centuries of discrimination and struggle.

I became deeply impressed by the Ecuadorian indigenous people and their will to continue.

Continue their work, their culture, their language and their way of life.

During my studies of Kichwa language I was assigned to translate a speech by Dolores Cacuango, a woman who has strongly influenced indigenous people of Ecuador.

And who made a strong impact on me.


Dolores Cacuango Quilo lived in a time of great difficulties and discrimination for indigenous people in Ecuador.

She was born in small community of San Pablo Urku in the canton of Cayambe in 1912 and died in Yanahayco in April 23th of 1971.

Her parents were serfs, or as it was called at that time in Ecuador, Indian laborer.

Dolores’ childhood was spent in the poorest of poor shack with wall’s made from straw and mud.

Like her parents she did not have any schooling.

She never learnt to read or write but there was something in her that differentiated her from the rest because she decided to draw the others from the poverty and ignorance.

As a very young girl she went to work as a servant in the hacienda owner’s house to pay the debt her parents had incurred to.

Her first experience with politics was when a member of her community disguised himself as a beggar and sat down at the lawyers’ office doors to listen to their conversation.

- We’re going to be well, he shouted when he returned to their community; there is a law for Indians.

From then on everyone in the community wanted to know the law to be able to protect themselves from the hacienda owners, law officers and Catholic priests.

Dolores Cacuango was also known as Mamá (or Mother) Dolores.

Dolores means pains or suffering in Spanish, so the name can be understood also as Mother of Sufferings.

In Kichwa she was called Mama Dulu.

She was a pioneer and activist in the struggle for the indigenous rights and the rights of the rural people in Ecuador.

Dolores is considered the most important example of Ecuadorian feminism in the beginning of the 20th Century together with Tránsito Amaguaña, another Kichwa woman.

In 1926 she participated in an indigenous strike at the Hacienda “Changala”.

A visiting artist from Otavalo found out about an old parchment with Royal Seal that promised the indigenous communities the rights to the local pastureland.

The same pastures that they had paid to use to the local Hacienda owner.

Both indigenous people and farmers united to reclaim the lands that were legally theirs.

This was also the birth of Ecuadorian Communist party.

The men were taken to prison by the army and the women sent to confess to Catholic priests their sin of communism.

The year 1927 she married Luís Catucuamba and they had a little hut in Yanhuayaco community, close to the town of Cayambe.

They worked hard on their land and had nine children.

Eight of those children died at young age from intestinal diseases, mostly diarrhea, for lack of hygiene.

Only the oldest son, called Luís Catucuamba like his father, lived and became an indigenous teacher.

First to teach the indigenous children in their own community because his mother wanted to help the people of her nationality.

She participated in the indigenous strikes against the Haciendas in Cayambe and also in the marches to the capital, Quito.

These were people who lived practically as slaves to the large Hacienda owners, serfs to them, tied to the land where they lived and worked.

Made to pay rent for the houses they themselves built, for the land where their families had lived for countless centuries.

People without any legal protection, at the mercies of the whims of their patrons, army, law officers and the church.


In May 28th 1944 Dolores Cacuango was the leader of the strike against the army barracks in Cayambe.

In 1945 she represented Ecuador in Latin America’s Workers Confederation’s Congress in Cali, Colombia.

The same year that she founded Ecuador’s Indigenous Communal Schools where Kichwa students who did not know Spanish could study and learn in their own language.

The first was founded in “Tierra Libre” or Free Land of Yanahuayco and his son was the first teacher there.

The army flattened out the first school buildings where the classes were held but the rural people would not cease their work.

The school’s continued without any official help from the Ecuadorian government or Ministry of Education.

Only with the help that each community could offer.

In 1963 the power in Ecuador was seized by a Military Junta, during their first months in power they destroyed Dolores’s home in Yanahuayco.

Her home was also secretly the Kichwa school that functioned behind a double wall.

The dictators called her house and the school a dangerous focus for communism.

And told that it had practically fallen on its own since it was made only from mud and straw anyways.

During the years of the military dictatorship, Dolores lived hiding in the Andean fells, only visiting Quito occasionally dressed as a beggar.

She would try to find out about her friends that had disappeared, gone hiding, exiled or were in prison.

Once when she was disguised she was almost killed by police close to the community of Uyacachu. 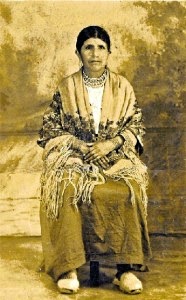 These years she was considered a shadow that moved among her people, the indigenous people of rural areas.

She would visit different communities and meet their leaders, she also used these years to form new young leaders among the Kichwas.

1964 US backed a new man in the politics in Ecuador.

Galo Plaza, Washington’s man as he was called in Ecuador, proposed an agrarian reform.

Dolores backed him up and together with ten thousand Kichwas from Cayambe she marched to Quito.

Where she held her famous speech.

- We need land. We need homes. We need clothes, food, to eat. We want to be treated well. We are human beings. We want to live well.

The Military Junta agreed with the agrarian reform after consulting with US advisors.

Some Catholic priests supported the reform but most of them, together with large landowners, were against it.

They saw it as an affront to the property rights.

In reality, the law gave the ownership to the small wasipunkos, the natural owners of little parcels and didn't touch the big Haciendas in any way. 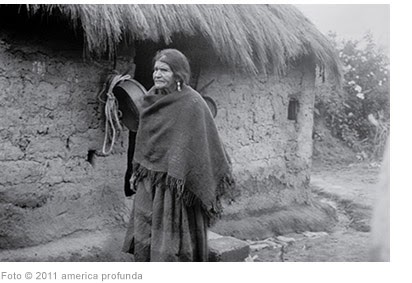 - First the people, first the farmers, the indigenous people, the black people, we are all fellows and partners. We have fought for everyone’s rights, holding our heads up, always in the same road. As we have done for all the workers, all the artisans, bakers, barbers, everyone is together with the rural people, every worker fighting for a better future for everyone.

Those were the words of Dolores in her speech after the reform was accepted.

The last words of the speech were a cry in Kichwa.

A cry that could be translated as:

Dolores Cacuango died in April 1971 and was buried in a humble tomb in the poor people’s cemetery in Olmedo.

Her funeral was without any honors because she was considered an Indian and thus, not worthy of state funeral.

A music video by Calle 13, a Colombian group.

The song is about the rural and indigenous movement in Latin America.

In the beginning you can hear the DJ introducing the group in Quechua of Peru.

The video shows the wonderful cultural and ethnical variety of South America and the rural life of the people here.