The real vampire from the Amazon 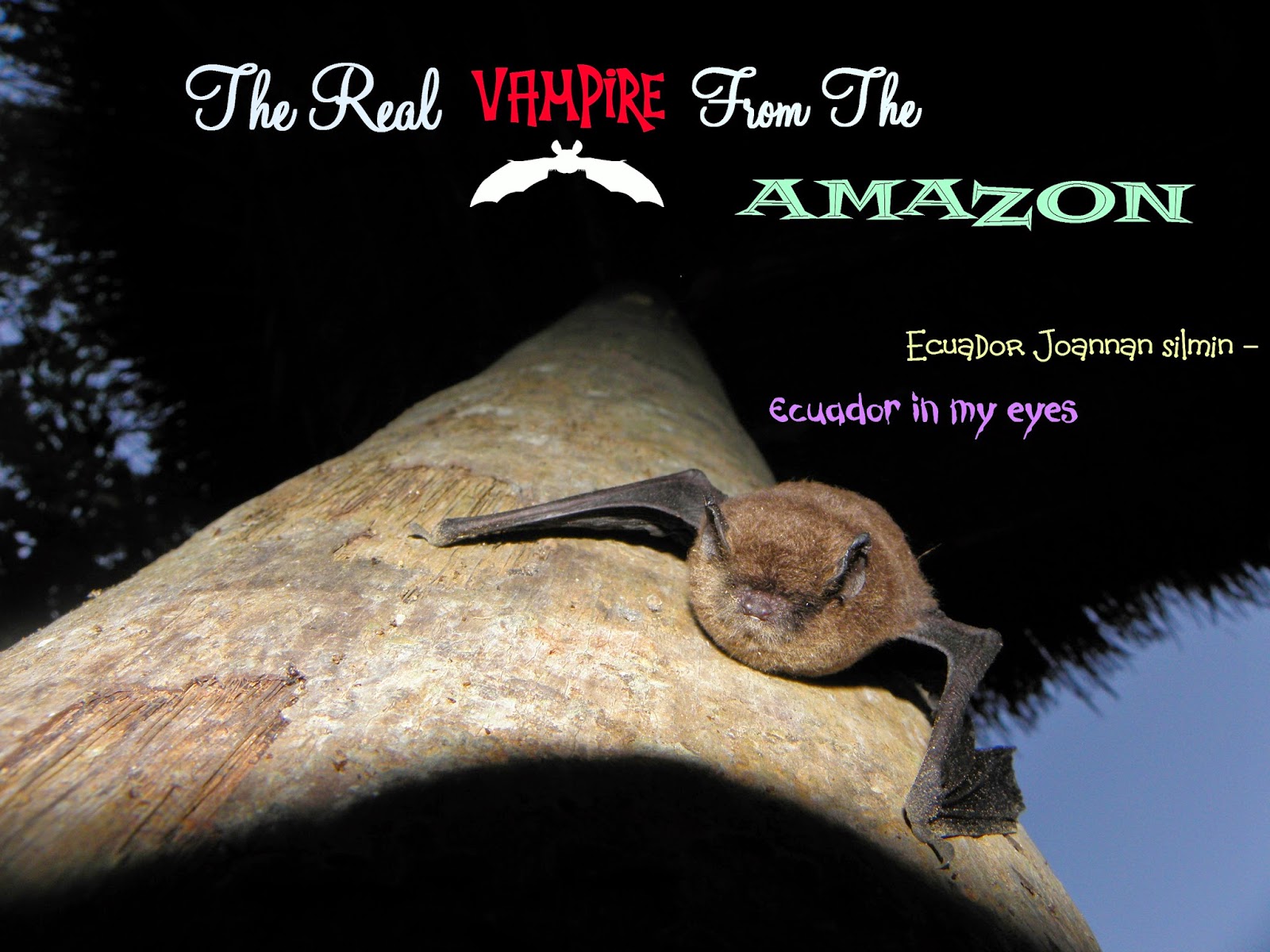 Vampire bats (Desmodus rotundus) are bats that feed on blood and this particular habit in certain animals is known as 'hematophagy'.

All three species are native to the Rainforests of America, ranging from Mexico to Brazil, Chile, and Argentina.

The three species of Bats are quite different from each other and are therefore placed within different genera (no other species are currently classified in any of the three genera concerned).

But they are related. 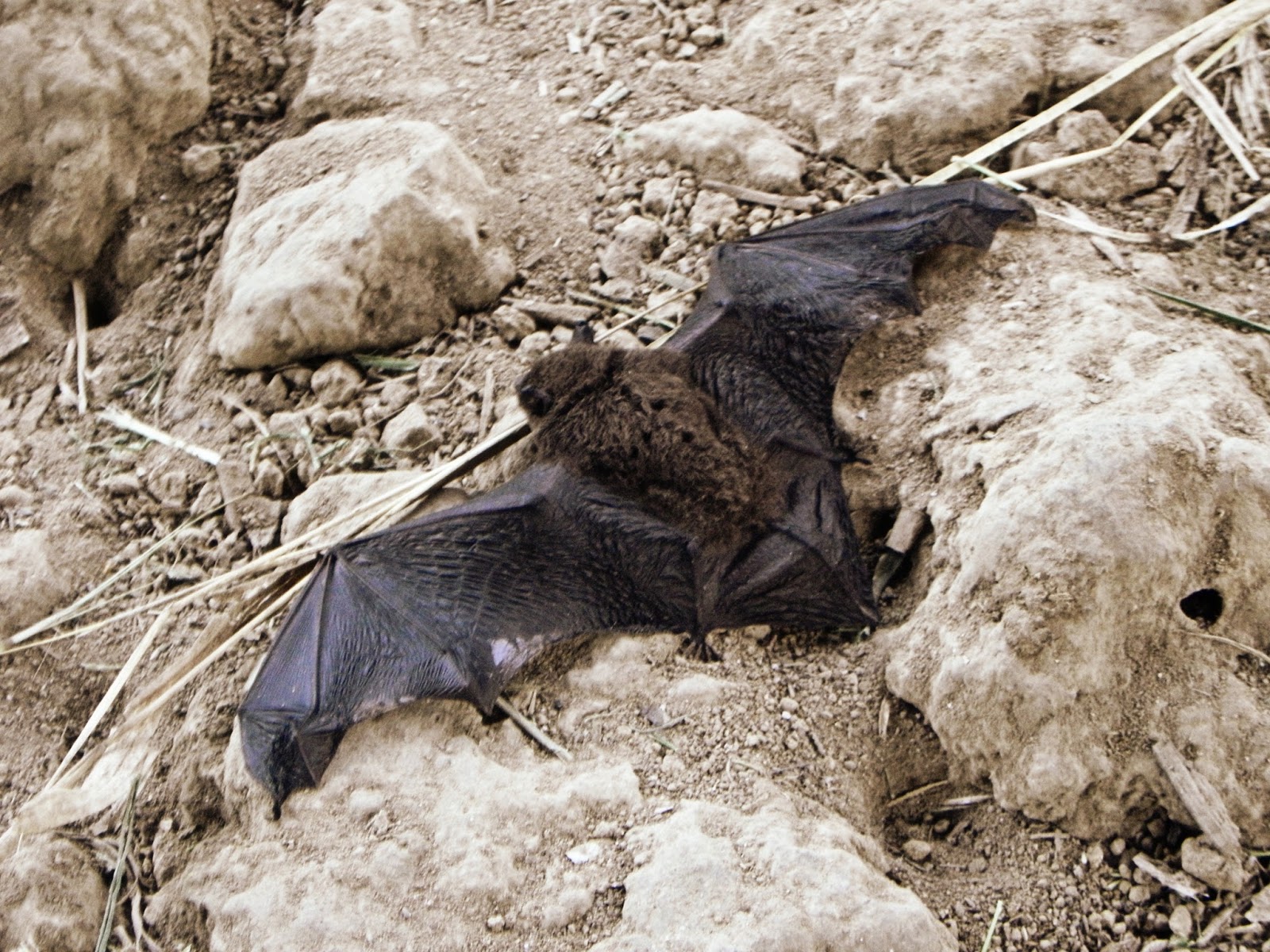 Vampire bats have burnt amber colored fur on their backside while soft and velvety light brown fur that covers their belly.

Vampire bats have a wingspan of about 8 inches and a body about the size of an adults thumb.

Vampire bats have small ears and a short tail membrane.

Their front teeth are specialized for cutting and their back teeth are much smaller than in other bats. 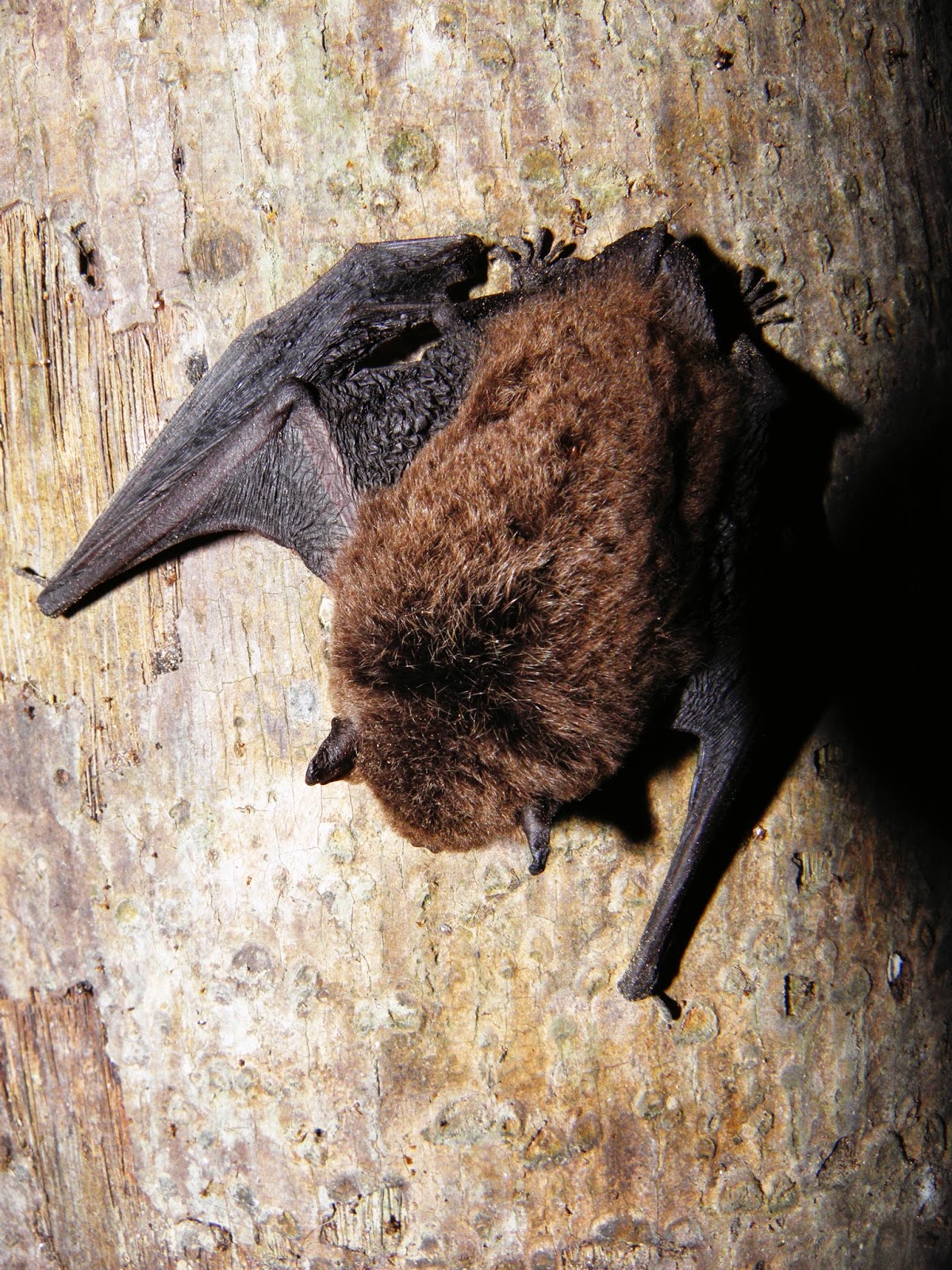 How do the vampires feed

Their digestive systems are also specialized for their liquid diet.

The saliva of vampire bats contains the substance, 'draculin', which prevents the victim’s blood from clotting.

Vampire bats therefore, lap blood rather than suck it as most people imagine.

Vampire Bats only come out to feed when it is fully dark.

These notorious bats sleep during the day in total darkness, suspended upside down from the roofs of caves.

They typically gather in colonies of about 100 animals, but sometimes live in groups of 1,000 or more. In one year, a 100-bat colony can drink the blood of 25 cows.

In Ecuador they are considered a pest because of their tendency to drink blood from the cows and pester the animals.

The wound left by a vampire bat atracts insects and can cause a nasty infection to the cow. 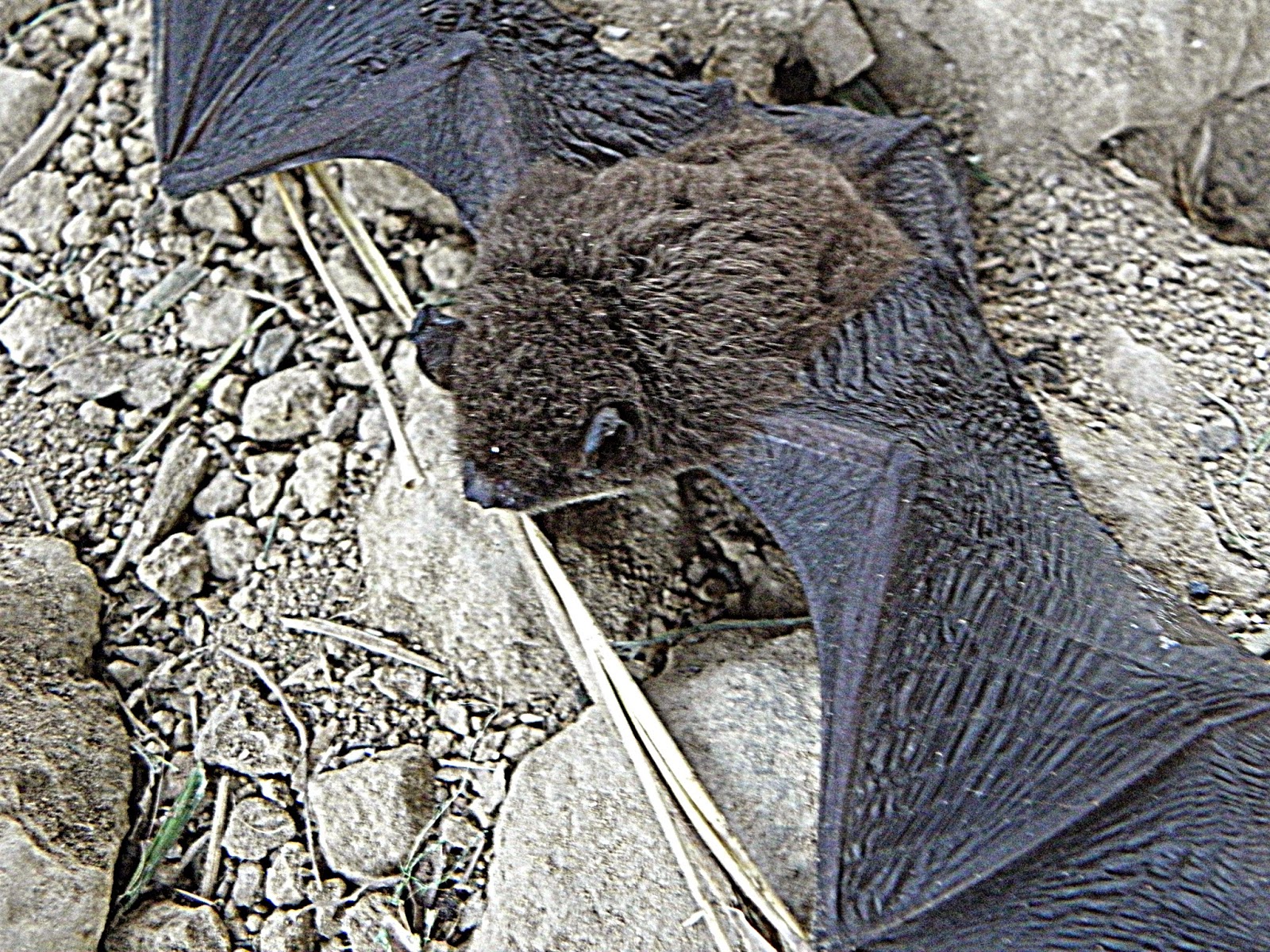 How a vampire finds its prey

Like fruit-eating bats and unlike insectivorous and fish-eating bats, they only emit low-energy sound pulses.

Using their sharp teeth, the bats make tiny cuts in the skin of a sleeping animal.

The bats' saliva contains a chemical that keeps the blood from clotting.

The bats then lap up the blood that oozes from the wound.

Another chemical in their saliva numbs the animal's skin and keeps them from waking up.

During the darkest part of the night, common vampire bats emerge to hunt.

Sleeping cattle and horses are their usual victims, but they have been known to feed on people as well.

The bats drink their victim's blood for about 30 minutes.

They don't remove enough blood to harm their host, but their bites can cause nasty infections and disease, like rabies. 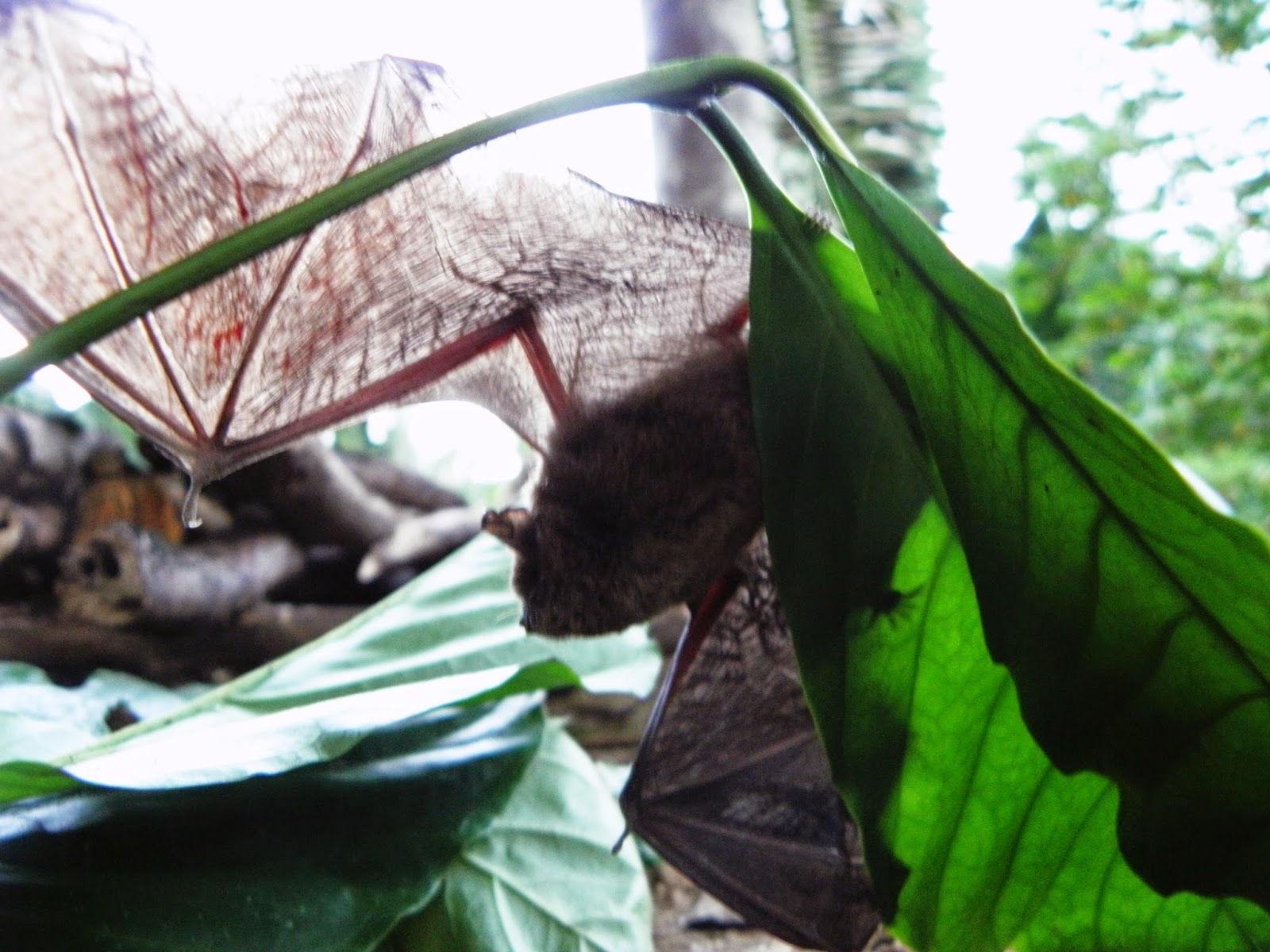 A vampire bat finds its prey with echolocation (use of ultra-high frequency sounds for navigation), smell, and sound.

They strike their victims from the ground landing near their prey and approach it on all fours.

The bats have few teeth because of their liquid diet, but those they have are razor sharp.

Each bat has a heat sensor on its nose that points it toward a spot where warm blood is flowing just beneath its victim's skin.

After putting the bite on an animal, the vampire bat laps up the flowing blood with its tongue. Its saliva prevents the blood from clotting.

When the bats have finished their meal, they are often so engorged with blood that they are too heavy to fly, so they have to retire in a place away from the victims to digest their meal before taking flight.

And the little ones

Young vampire bats feed not on blood but on milk.

They cling tightly to their mothers, even in flight, and consume nothing but her milk for about three months. 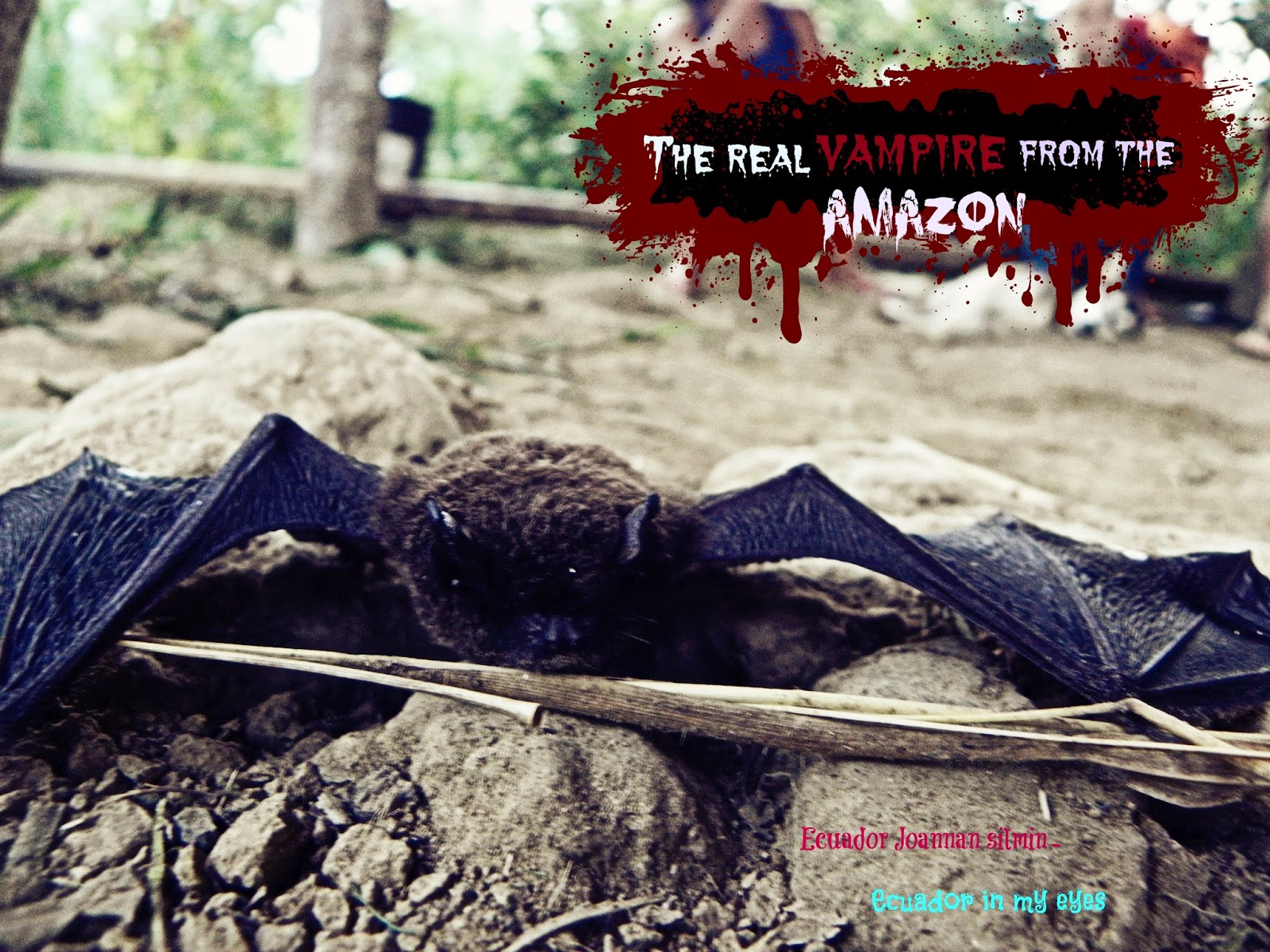