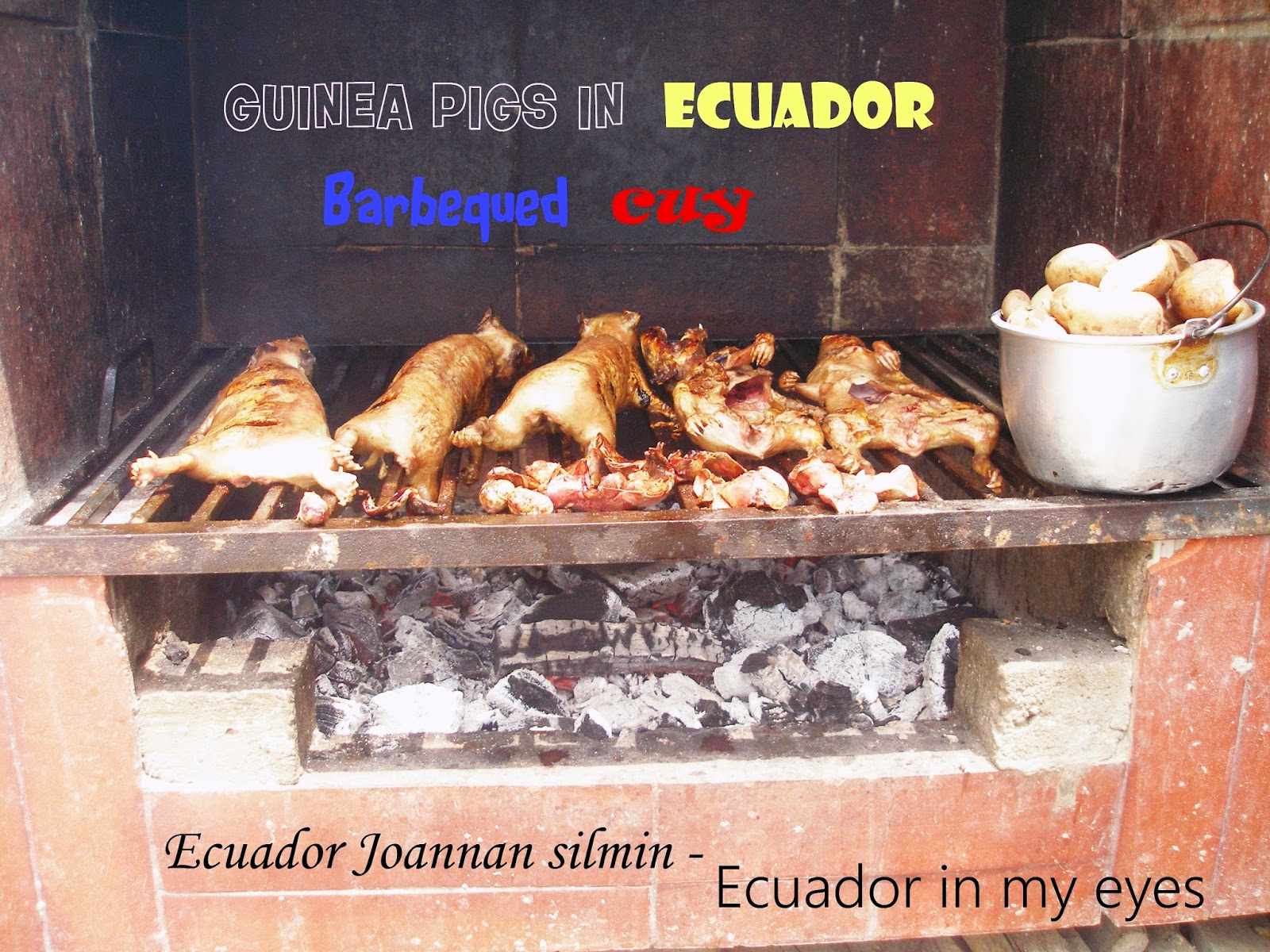 Maybe you are familiar with the guinea pigs as nervous little pets that live in cages and eat alfalfa pellets.

That is not the case everywhere, especially in Andean countries in South America, where guinea pigs are originally from.

Eating roasted or fried guinea pig is an ancient tradition in parts of South America, and still common today.

In Ecuador guinea pigs are considered a delicacy and they are mainly raised to be eaten.

It might come as a shock but think about it for a while before totally slamming the idea.

Rodents and other small livestock represent a low-impact meat alternative to carbon-costly beef. 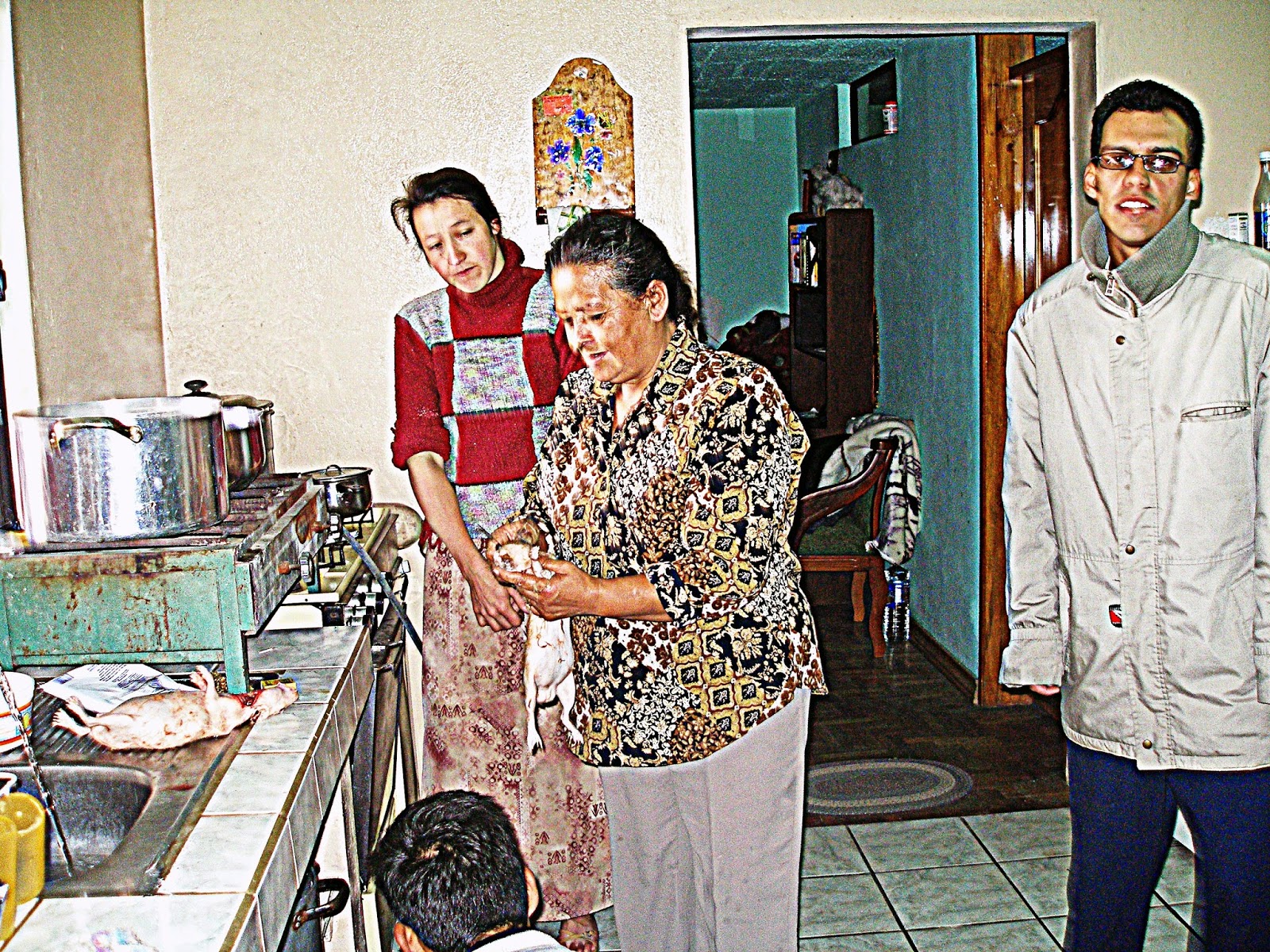 Guinea pigs don't require the land that cattle do.

They can be kept in backyards, or in your home.

They're docile and easy to raise.

A guinea pig herd consisting of two males and 20 females can sustain itself while providing meat for a family of six.

Perfect reasons for switching from cattle to guinea pigs.

In Ecuador guinea pigs are served up with potatoes and corn, and have been for thousands of years. 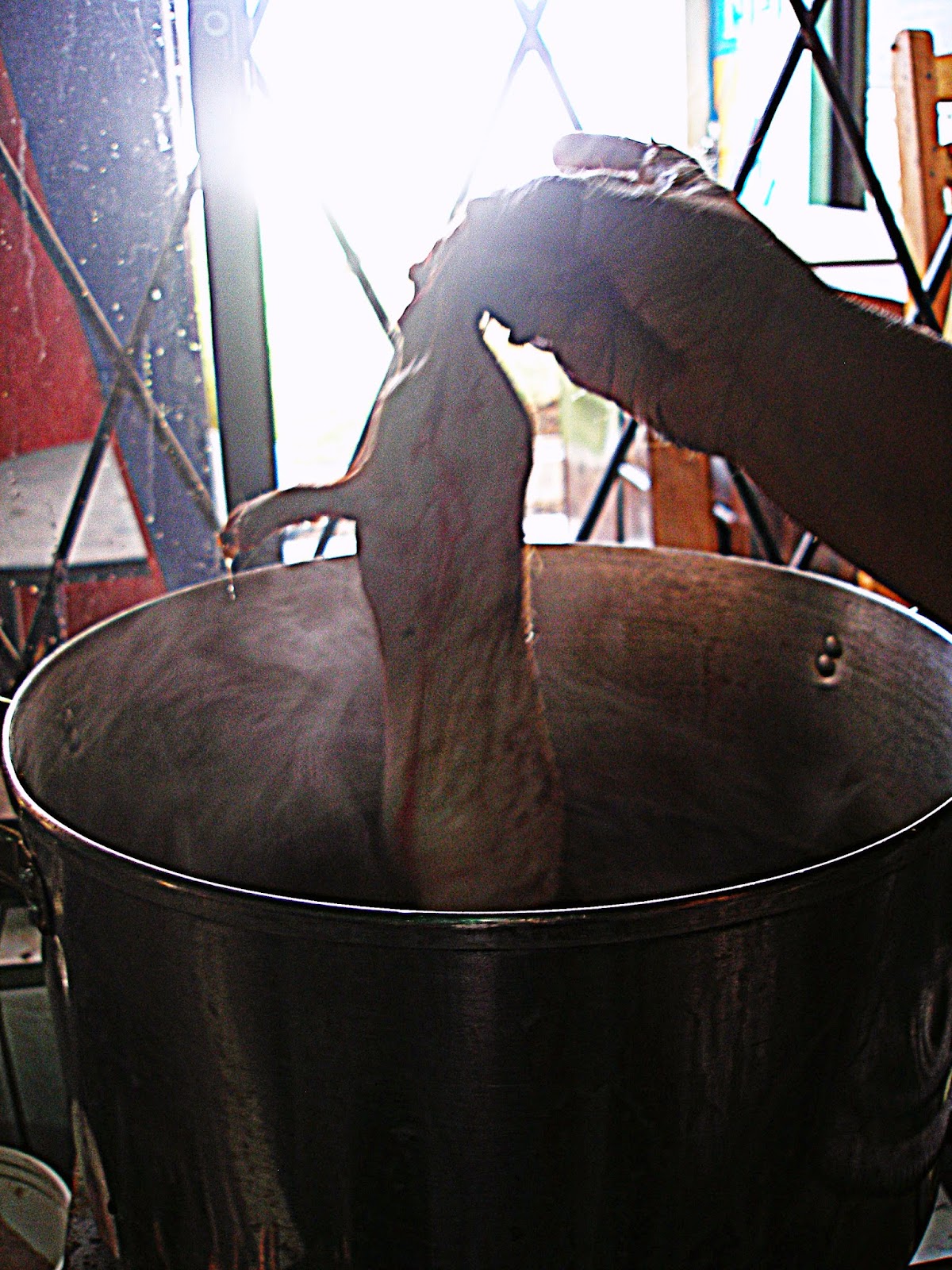 When I lived in Finland as a child and teenager, I had a guinea pig as a pet.

And it was hard to accept people raising guinea pigs for food and eating them on regular basis.

It was especially hard to be invited to a party and to be served a barbequed guinea pig, or cuy as they are called here, as the main course.

It took me a lot of time to take that first bite and be able to eat it.

And I have never developed the same voracious appetite towards the guinea pigs that the most Ecuadorians have.

But there are many customs, hundreds of years old and most of them date before Christopher Columbus, of tending, cooking and eating cuy.

If I was ever going to really immerse myself into the culture in Ecuador, I would have to participate in eating and preparing cuy. 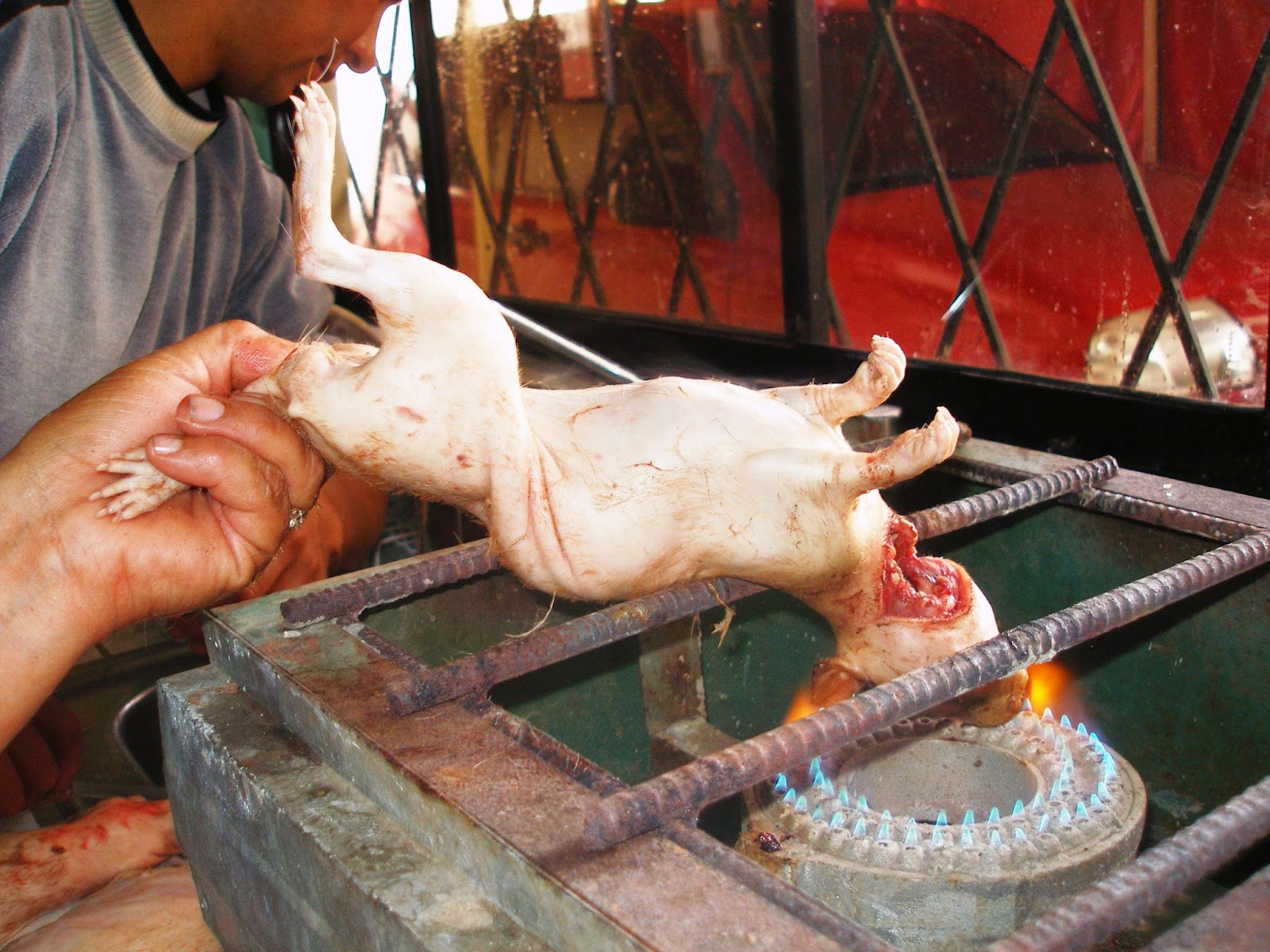 I have been told that the best way to kill a guinea pig is to smash its nose into something hard.

Other people swear on drowning it with a cup full of water.

After killing the cuy, it is necessary open the throat and let the blood drain.

Then you need to was the guinea pig well, to make sure you have gotten rid of all the blood.

Passing the cuy quickly in hot water and then burning the remaining fur is the best way to get rid of it, and then is the time to open the cuy and get the intestines out.

A guinea pig is usually barbequed.

Its feet are tended flat and the head is left, with the eyes and the brain.

For many people the eyes and the brain, with the little feet, are the best parts of the cuy.

Cuy is always a main course, and it is eaten with potatoes and corn, and of course Ecuadorian chili salsa, ají. 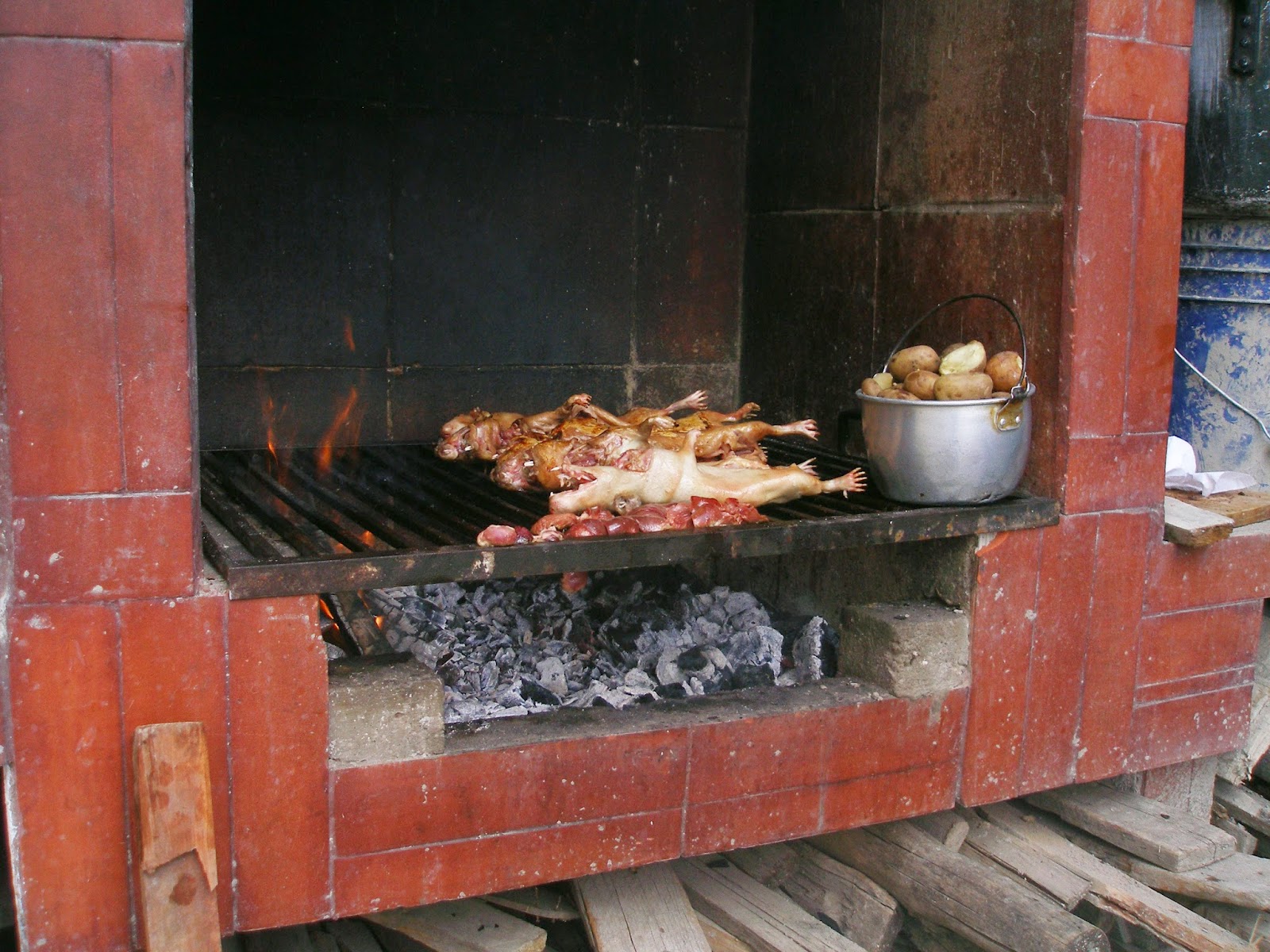 The taste is oily and somewhat gamey, if not prepared well guinea pig can easily get stringy and tough.

But when done with care the meat is tender and delicious.

Before you claim in horror that you could never eat a cuy yourself consider these facts.

There is a clear cultural prejudice against eating guinea pigs, and rodents in general, in the United States and Europe.

And it is doubtful if an animal so favored as a pet in the United States will become a mainstream piece of protein.

But finding ways to reduce our carbon footprint is a good idea, and so is eating small livestock, like guinea pigs. 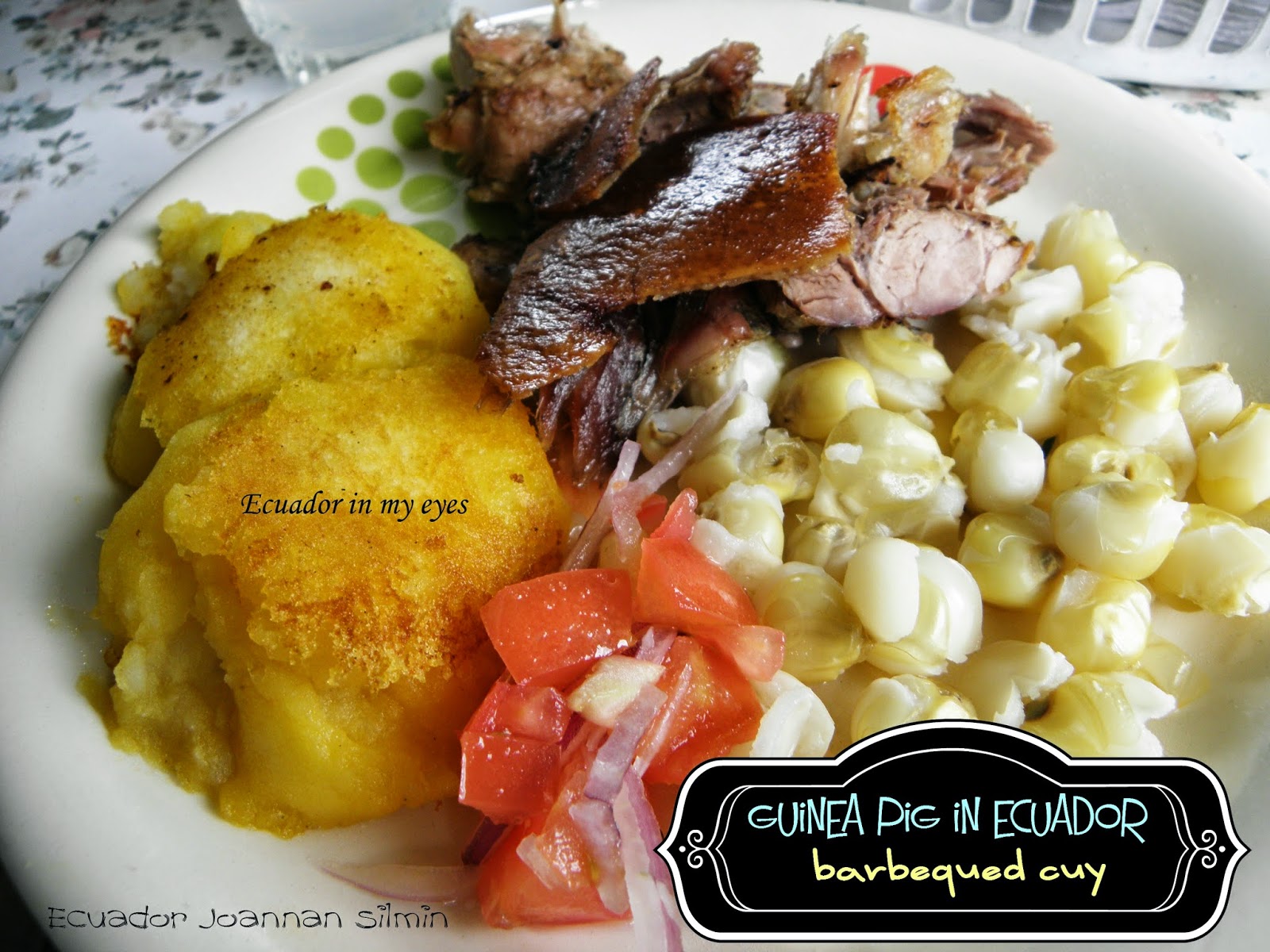